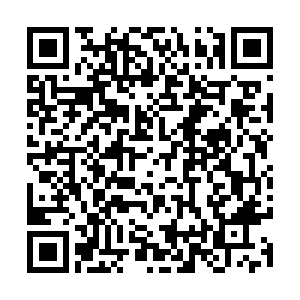 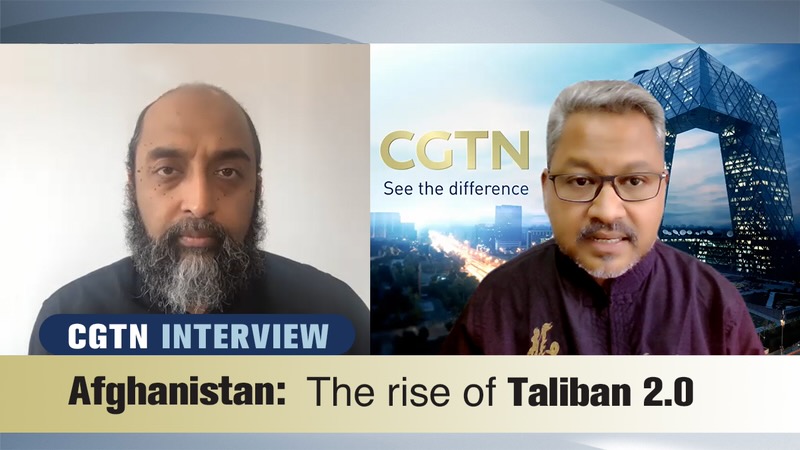 The world has witnessed a dramatic turn of events unfold in Afghanistan over the past few days. Former Afghan President Ashraf Ghani has fled. The Taliban is in control of the country again after 20 years. Many foreign missions have shut down with ambassadors and staff recalled.

Horrific visuals from the Kabul airport, of people dropping off from flying airplanes, have shocked the world, with thousands of Afghan nationals trying to flee the country fearing a backlash from the Taliban.

The Taliban on the other hand have repeatedly assured, including at their first press conference on Tuesday, that they won't seek revenge and have promised to respect human rights. The newer version of Taliban, that many are describing as Taliban 2.0, has shown more willingness to engage with the international community as well.

To understand what lies in the future for Afghanistan and Afghan people with the rise of Taliban and also its regional and global fallout, CGTN Digital's International Editor Abhishek G Bhaya spoke with Pakistani columnist and founding partner at Islamabad-based think tank Tabadlab, Mosharraf Zaidi, who has been keeping a close watch on the unfolding events.

Bhaya: What do you make of the ground situation in Afghanistan at the moment? How is the Taliban 2.0 different from the Taliban 1.0 of the 1990s, who were rather infamous for their barbaric atrocities and violence?

Zaidi: My own view is that there is all the reason in the world for us to be optimistic, because frankly, I believe that we should try to see the best in people, in institutions, in organization, in firms and of course, in countries.

The first thing to acknowledge is the positive messaging of the Taliban. I think it's great. It's very important. Just from the perspective of them saying everything that they're saying indicates that global pressure and global norms are something that they value, even if it's at the level of face value, and superficial.

I do think that we need to take these promises with a substantial dose of salt, not because the Taliban don't believe what they're saying; they may even believe what they're saying. But because even in very successful countries like the U.S., China, and even Pakistan, when their leaders make promises, they believe that they're going to make the changes that they promised, but quite often they discover that the act of governing is profoundly more difficult than the practice of shooting off a tweet, or giving a television interview, and laying out an ideal set of norms.

So I think what the Taliban will find is that even if they mean everything that they're saying, and there's lots of reasons for us to question that, but even if it's true, their ability to translate that into reality will face many difficulties and hurdles.

Bhaya: This new version of Taliban is no doubt savvier when it comes to diplomacy and public relations. How far will it go in getting them the international recognition that they seek? And how do you see things moving ahead for Afghanistan and Afghan people from here?

Zaidi: The Taliban's thirst and hunger for international recognition and for being normalized globally, is a very powerful weapon that I think, primarily regional countries, but also further away powers like the U.S. and Europe, will have this enormous leverage over the Taliban.

And that leverage is the ability to determine whether this version of Afghanistan will be able to participate in global markets. bonds, borrowing money, and international trade. All of those things will serve to help infuse a degree of hunger and an appetite amongst the Taliban to want to fit in to the global system.

I think that's a huge leverage. And I think it's a very positive thing that China, Russia and Pakistan in particular, but there's Saudi Arabia, the UAE, and obviously the United States, all these countries should be working together to use to the best of their abilities. 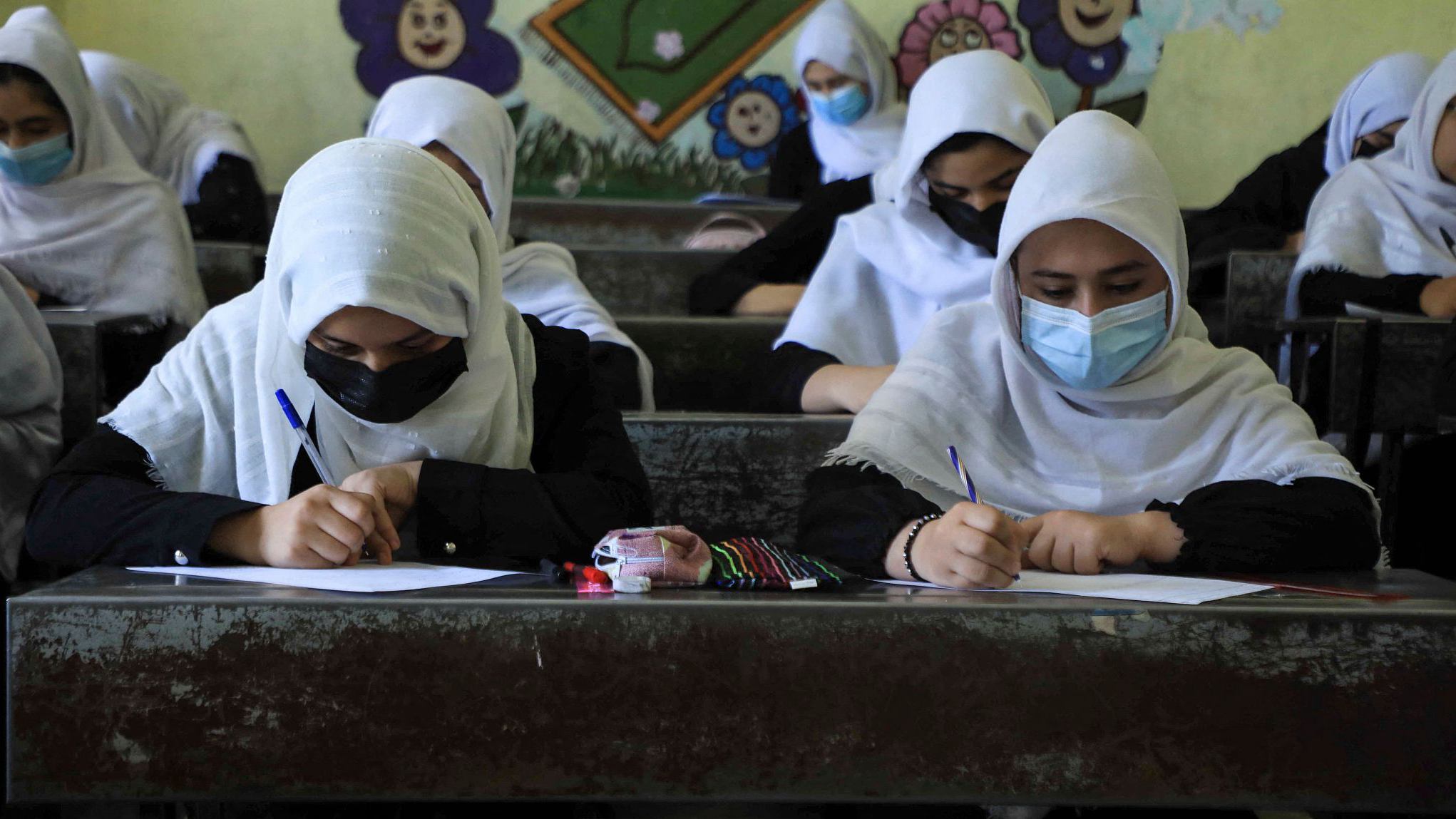 Bhaya: One of the major tests for Taliban 2.0 will be how they treat women, perhaps the topmost international concern right now. While the Taliban have assured that they will respect women's rights to education and work, there have been disturbing reports from the ground of forced marriages of Afghan girls to Taliban fighters and of billboards with pictures of women being whitewashed. These are mixed signals, won't you agree?

Zaidi:  Absolutely. And I think we will continue to see a lot of mixed signals. And this is where the rubber hits the road for the Taliban. The difference between saying something to the Wall Street Journal or The New York Times or CGTN, and doing it in a village 300 kilometers away from Kabul, where there's no camera at the moment, but where somebody will eventually make a video and that video will eventually make it to social media. I think that's going to be the test.

In that test, it's more than likely that even the sincerest intentions of the Taliban will be faced with the reality of a breakdown of control. The control and command capability of fighting a war and killing people is very different from the control and command capability of governing a diverse society. And Afghanistan is an incredibly diverse society with five different ethnicities, at least two major religious sects, and lots and lots of differing opinions, lifestyles and approaches even amongst the largest sort of minority there, which are the Pashtuns of Afghanistan.

Bhaya: Pakistan is Afghanistan's closest neighbor and also believed to have some sway over the Taliban leadership. What is the current mood in Pakistan following Taliban's return to power in Afghanistan?

Zaidi:  Pakistan is stuck with a with a real problem. And the problem is that it has been accused of, partly rightly and I think largely unfairly, of being the core or the root or the anchor of the Taliban's insurgency and its military success. This also means that Pakistan will be seen as culpable for whatever outcomes Taliban rule in Afghanistan produces. Both those propositions are unfair. But they're not entirely lacking basis.

Pakistani leaders now have the enviable task of managing its relationship with the Afghan Taliban, to secure its primary interests in Afghanistan, whilst ensuring that Taliban ideology does not permeate above a certain threshold within Pakistan. And the only way that this ideology can be fought or beaten, is not on the battlefield.

The big test for the Pakistani leadership will be how quickly it can understand that an effective state is the best fightback against any effort to diminish the state. Effective states are about increasing incomes and wages, providing safety and security and ensuring enough freedom that people don't feel suffocated.

As long as those three conditions are met, nobody is going to look at the Taliban as an ideal state. But if people are denied justice, people are denied their rights and the ability to own their identity, and they have low incomes without many opportunities, and they don't see that their children will be able to do better in life than they have, then you have a real problem. 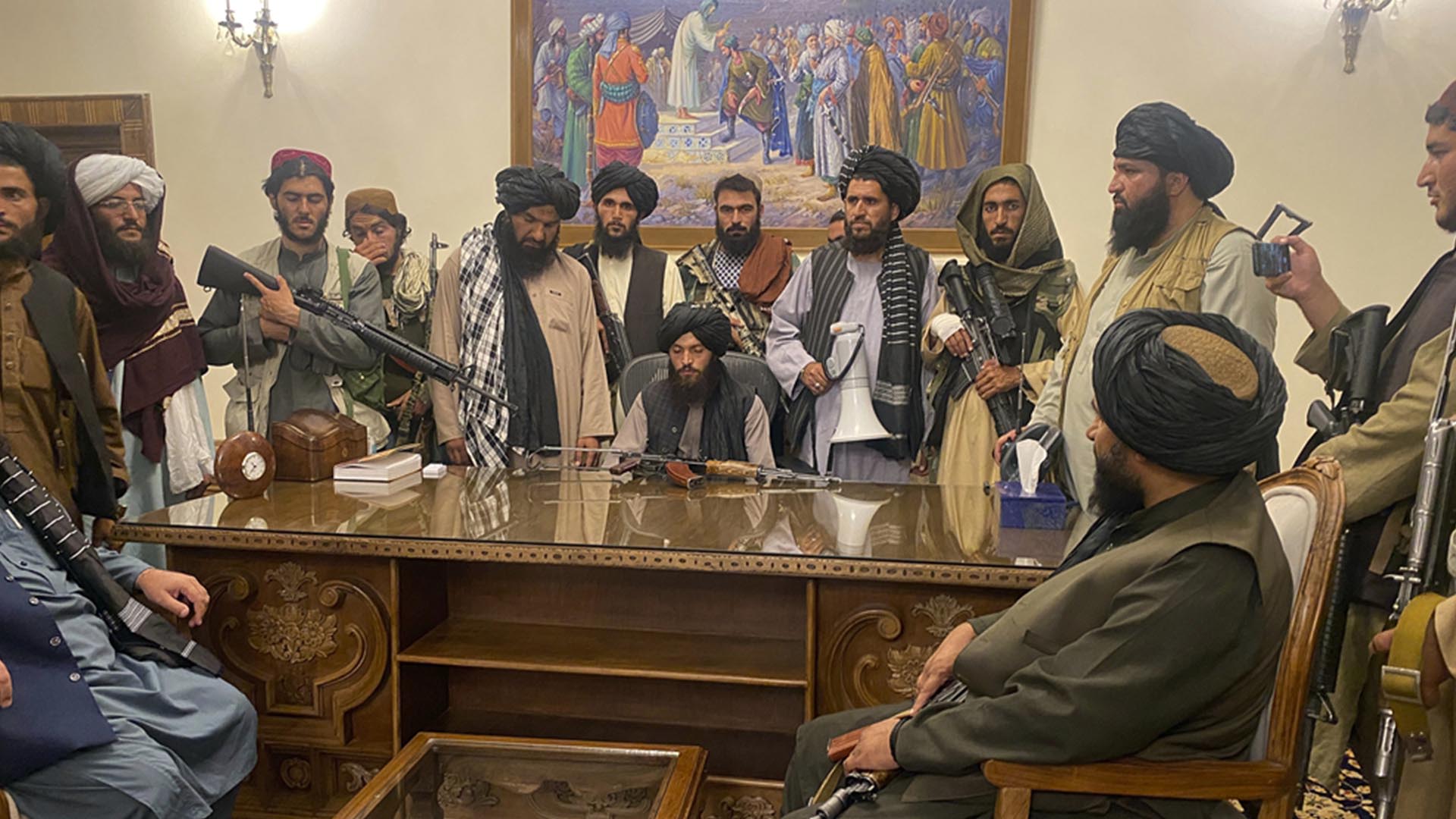 Bhaya: The U.S. has faced flak for their hasty withdrawal from Afghanistan and the political mess they have left the country following 20 years of military invasion. Analysts have compared it with the U.S. defeat in the Vietnam war. Is it indicative of the U.S. decline as a global power?

Zaidi: American failure is not a new experience. But the power of Empire is to chug along, just as before. No, I don't think that U.S. decline is contingent on this failure, because the U.S. has failed in this way many times before.

The notion of U.S. defeat is also an interesting one, because American lifestyles, the safety and security of American individuals, was sacrosanct to the Biden administration. And they have delivered a withdrawal or an exit in which largely all official U.S. troops and diplomats have already been exited out of Afghanistan.

Who are the people that died at the Kabul airport? And who are the women and children that will suffer at the hands of the Taliban? I don't believe that they are American. And so, the idea that America was defeated is a tricky one. In any war, it is where the war has taken place that is the real loser. And it's the Afghan people that have lost and have been losing for 40 years.

So, it is all the more important for the global community and regional powers to forge together a consensus on minimal acceptable standards of behavior for the Taliban, and then the kind of economic financial support that will build the likelihood of developing the Afghan unity government.

I hope that regional powers will support that, both, through telling the Taliban what is and what is not acceptable, but also providing the financing for the Afghan people to be more prosperous, and to be more secure.

Bhaya: A Taliban delegation led by Mullah Abdul Ghani Baradar visited China last month and held discussions with Chinese Foreign Minister Wang Yi. Will it be reasonable to assume that the new Taliban-led government would welcome more Chinese participation in the reconstruction of the war-torn nation? What role do you see China playing in the emerging situation in Afghanistan?

Zaidi: China has been for many years, and is now, without question the inevitable power of the region. Therefore, rather than celebrating that, I think what Chinese leaders need to understand is the responsibility and the burden that being a regional leader creates for Beijing.

I think that the economic element of Afghanistan's success will largely hinge on the wisdom and speed at which China is able to forge an economic compact with the new Afghan dispensation, which hopefully, as I said is not just the Taliban, but which will certainly include the Taliban.

An economic compact that probably Beijing will have to broker to some extent, not just between itself and Kabul, but also between Kabul, and lot of the other countries in the region – Tajikistan, Kyrgyzstan, Uzbekistan, and of course, Pakistan and Iran.

If China is successful in helping forge that economic compact, then the likelihood of better outcomes and better days ahead for Afghanistan are much higher.

Could Afghanistan become a breeding ground for global terrorism again?

Refugee crisis is growing as many Afghans flee

What will happen to women under Taliban rule?