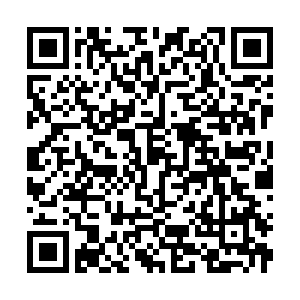 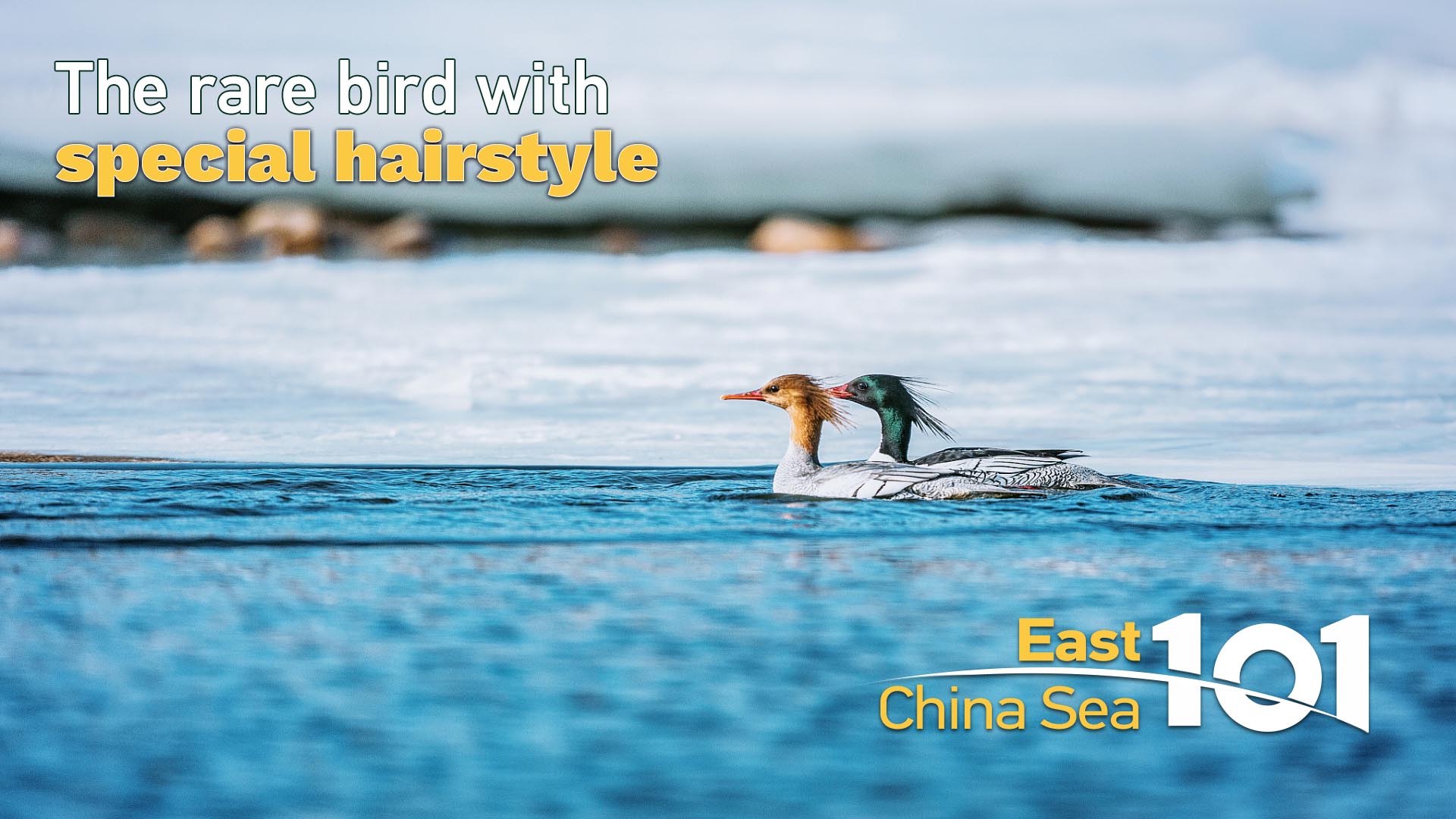 This March, in the Jian'ou City of southeast China's Fujian Province, bird-watchers spotted a type of bird with a special "hairstyle", as the elongated feather on the back of the head looks like large peacock feathers on the headwear of the Qing Dynasty (1644-1911) officials. 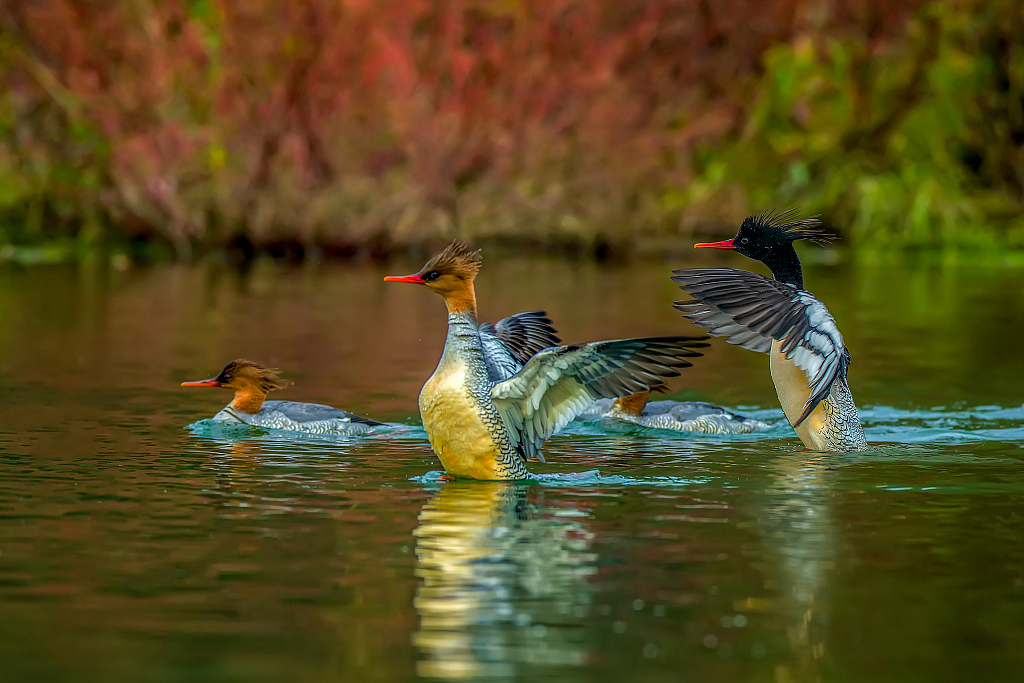 The bird is called Chinese merganser. It is an endangered species on the IUCN Red List and a first-class state protected bird in China. According to experts, this is the first time Chinese mergansers are spotted in the area, marking the region's good environment. 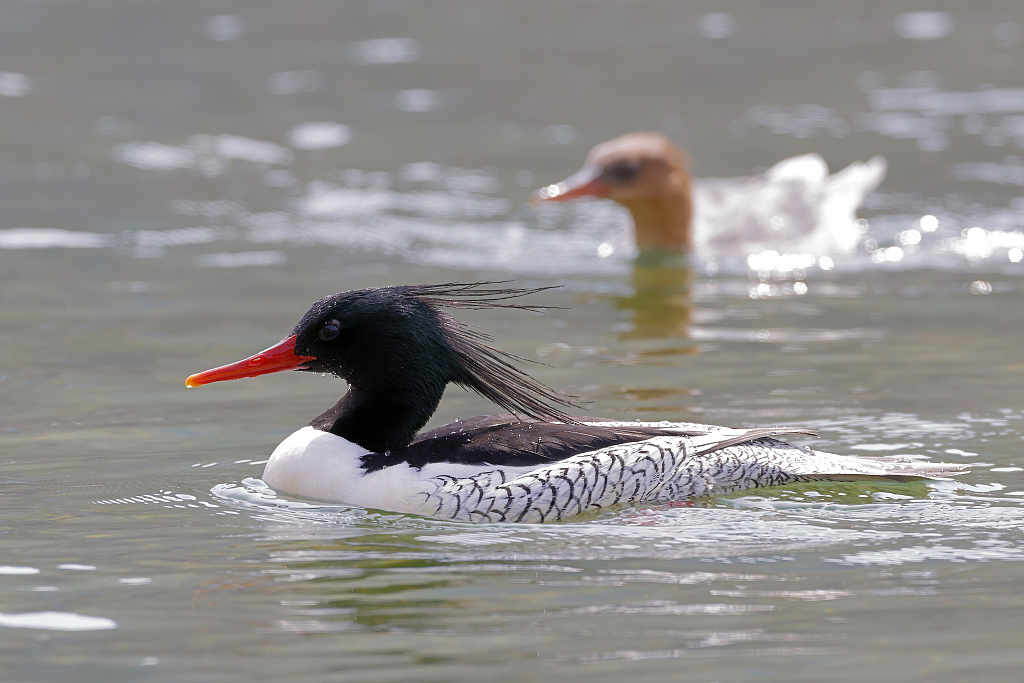 The Chinese merganser is a migratory bird. It breeds in northern forests, and spends winter in southern areas including China, Japan and Thailand. Due to vegetation destruction, water pollution and habitat loss, the population of the bird declined rapidly in the 1960s and 70s. 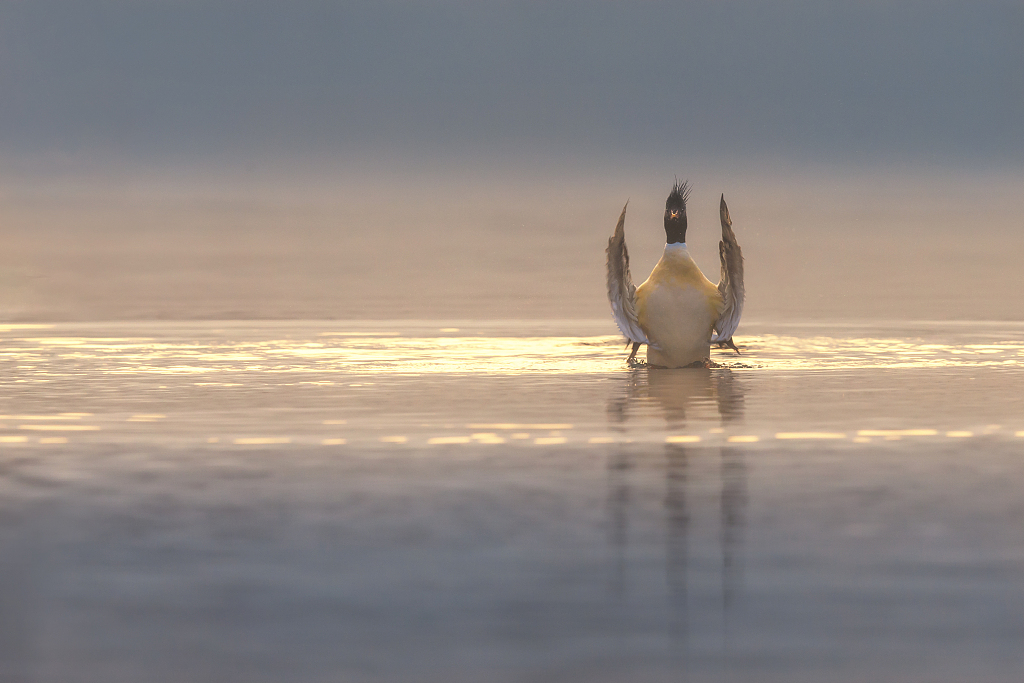 As it has a high requirement for habitat environment, the bird's presence has become an indication of the ecological excellence of the local environment. Therefore, the news of spotting the birds resting in Jian'ou City excited many experts and birdlovers.