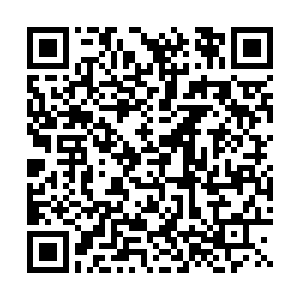 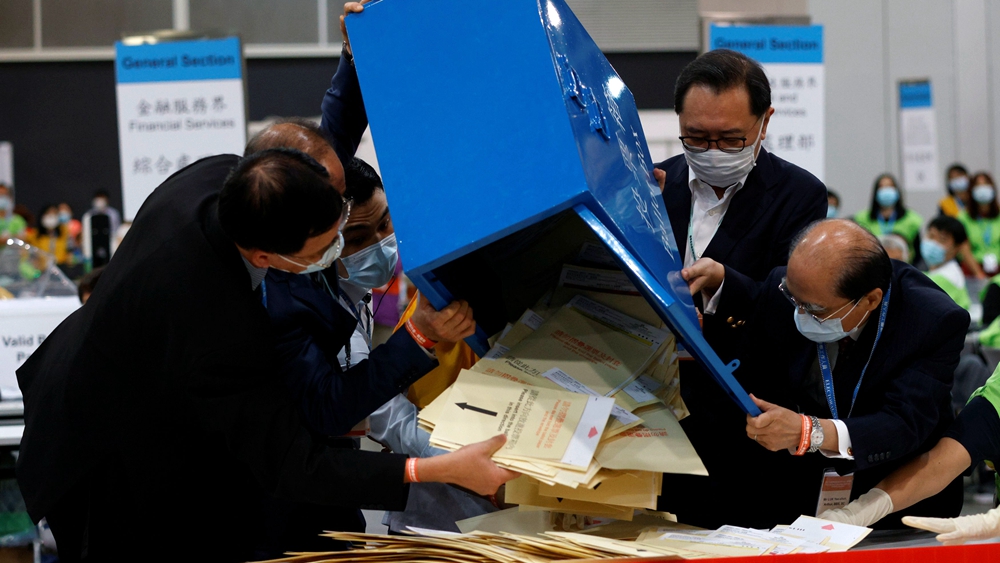 The results of the 2021 Election Committee's subsector ordinary elections in China's Hong Kong Special Administrative Region (HKSAR) were unveiled on Monday morning; 364 of 412 candidates were elected as members in 13 subsectors of the committee.

How does the new electoral system affect Hong Kong?

After the voting ended at 6 p.m. on Sunday, HKSAR Chief Executive Carrie Lam said the elections, the first after improvements to HKSAR's electoral system, are particularly meaningful. 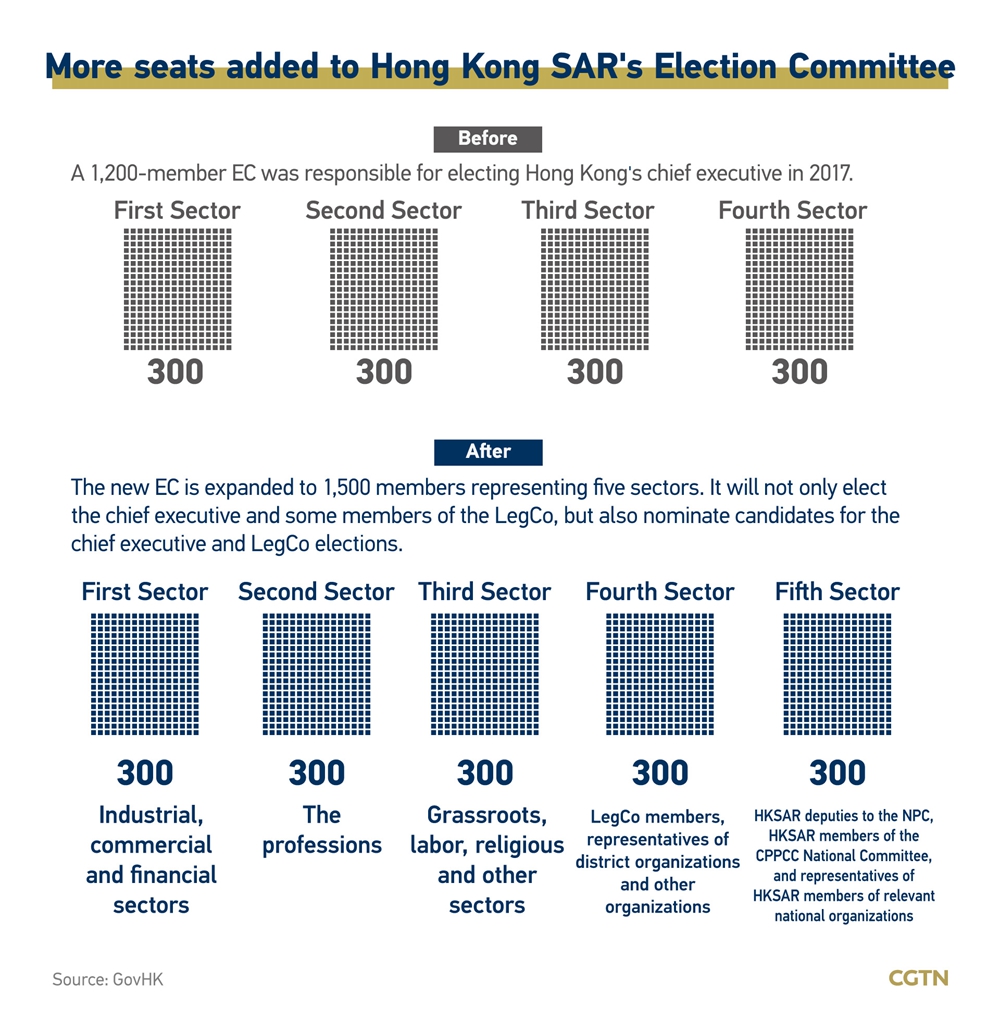 The elections show that the HKSAR implements the principle of "patriots administering Hong Kong," safeguards national sovereignty, security and development interests, and ensures the successful implementation of "One Country, Two Systems," she said.

The actual number of members of the Election Committee will be fewer than 1,500 as the LegCo election is yet to be held and some ex-officio members have an overlapping status.

The five-year term of the new Election Committee will start on October 22 of this year and end on October 21, 2026. 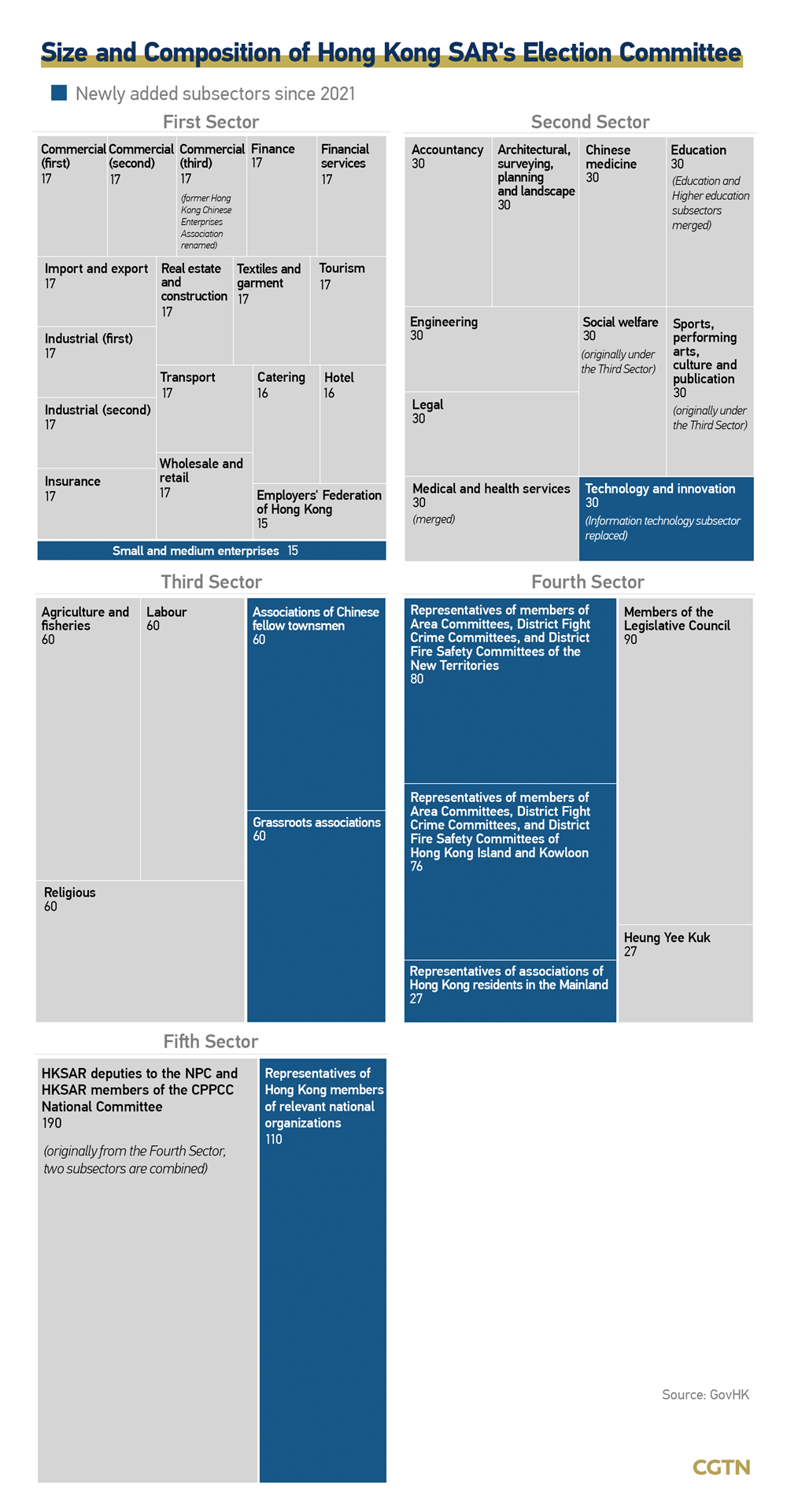