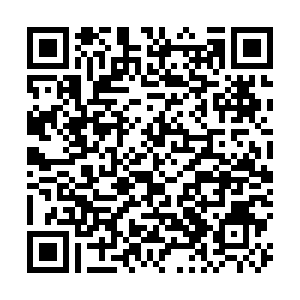 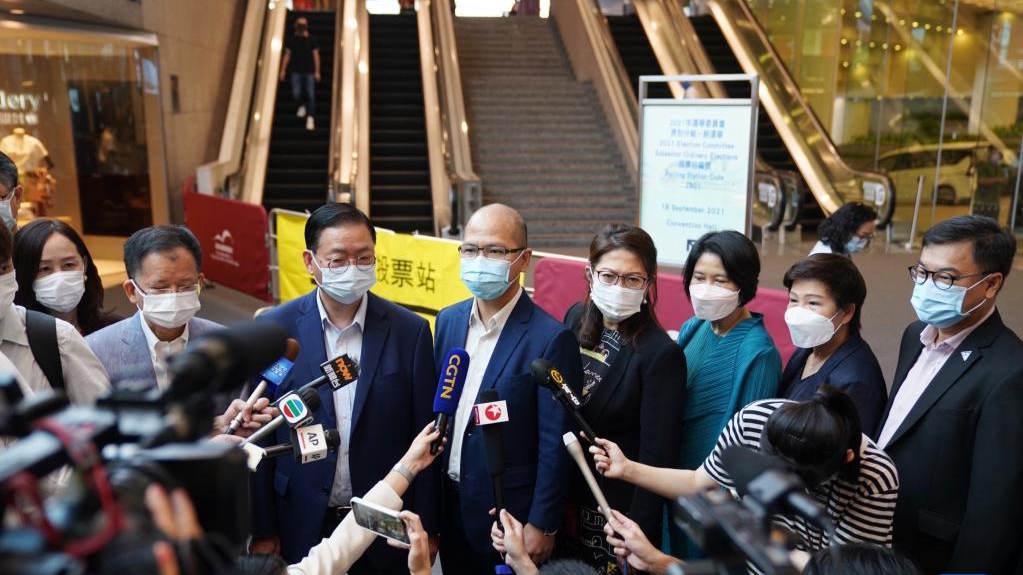 Starting at 9:00 a.m, voters cast their ballots at five ordinary polling stations and one dedicated polling station across Hong Kong set up by the SAR government. An electronic poll register system was used for the first time at the polling stations to ensure more efficient and accurate issuance of ballot papers.

After the polls closed at 6:00 p.m. on Sunday, the ballot boxes were delivered to the Convention and Exhibition Centre for a vote count, under the observance of candidates, election agents and counting agents at the central counting station's designated area.

All election results will be announced by the SAR's Returning Officers at the media center. 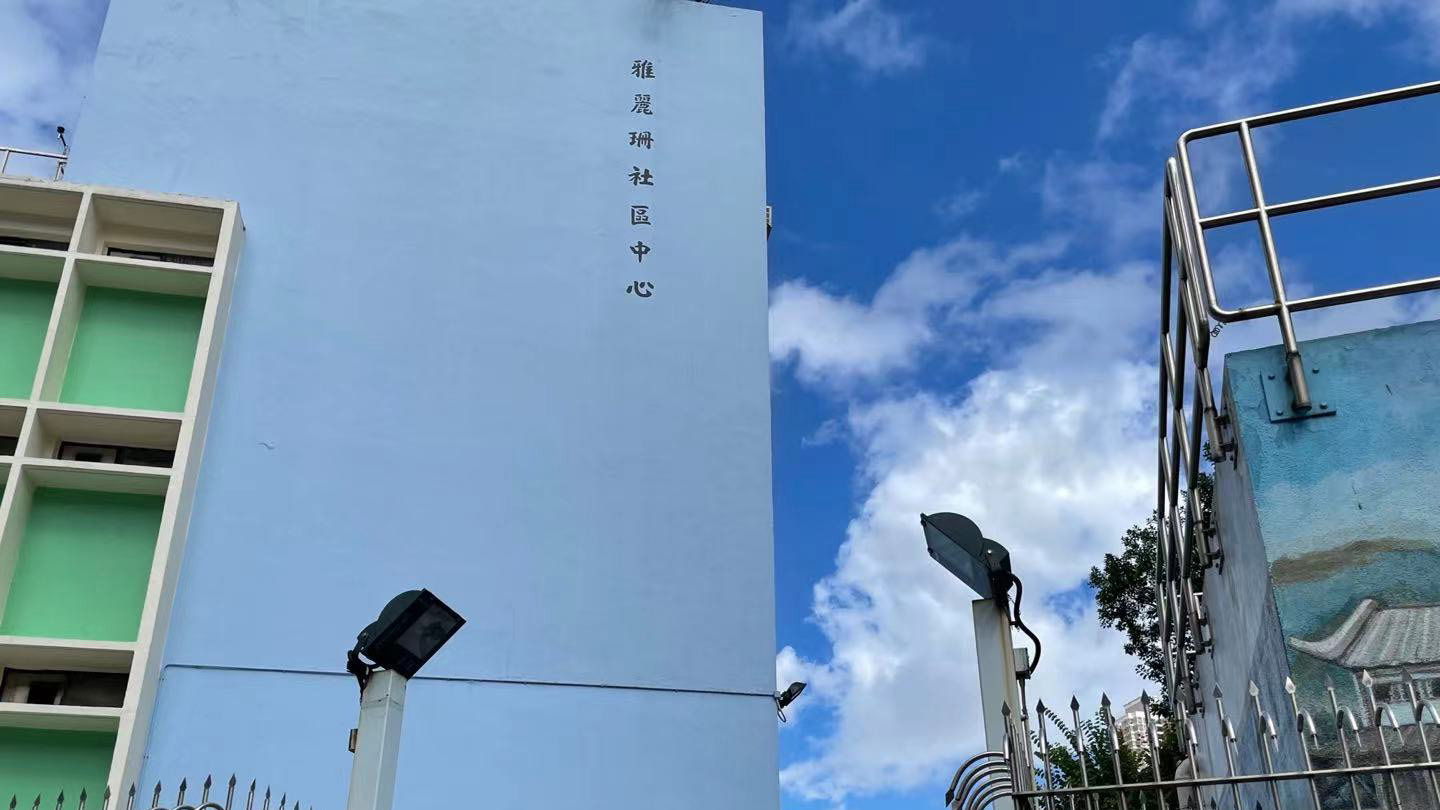 HKSAR Chief Executive Carrie Lam said Sunday morning that the elections, the first after the electoral system improvements and the implementation of the principle of "patriots administering Hong Kong," would bring new development to Hong Kong.

The elections will lay a sound foundation for the upcoming elections for the Legislative Council (LegCo) and the Chief Executive, she added.

On March 11, a decision on improving the electoral system of the HKSAR was adopted by an overwhelming majority vote at the fourth session of the 13th National People's Congress, China's top legislature. 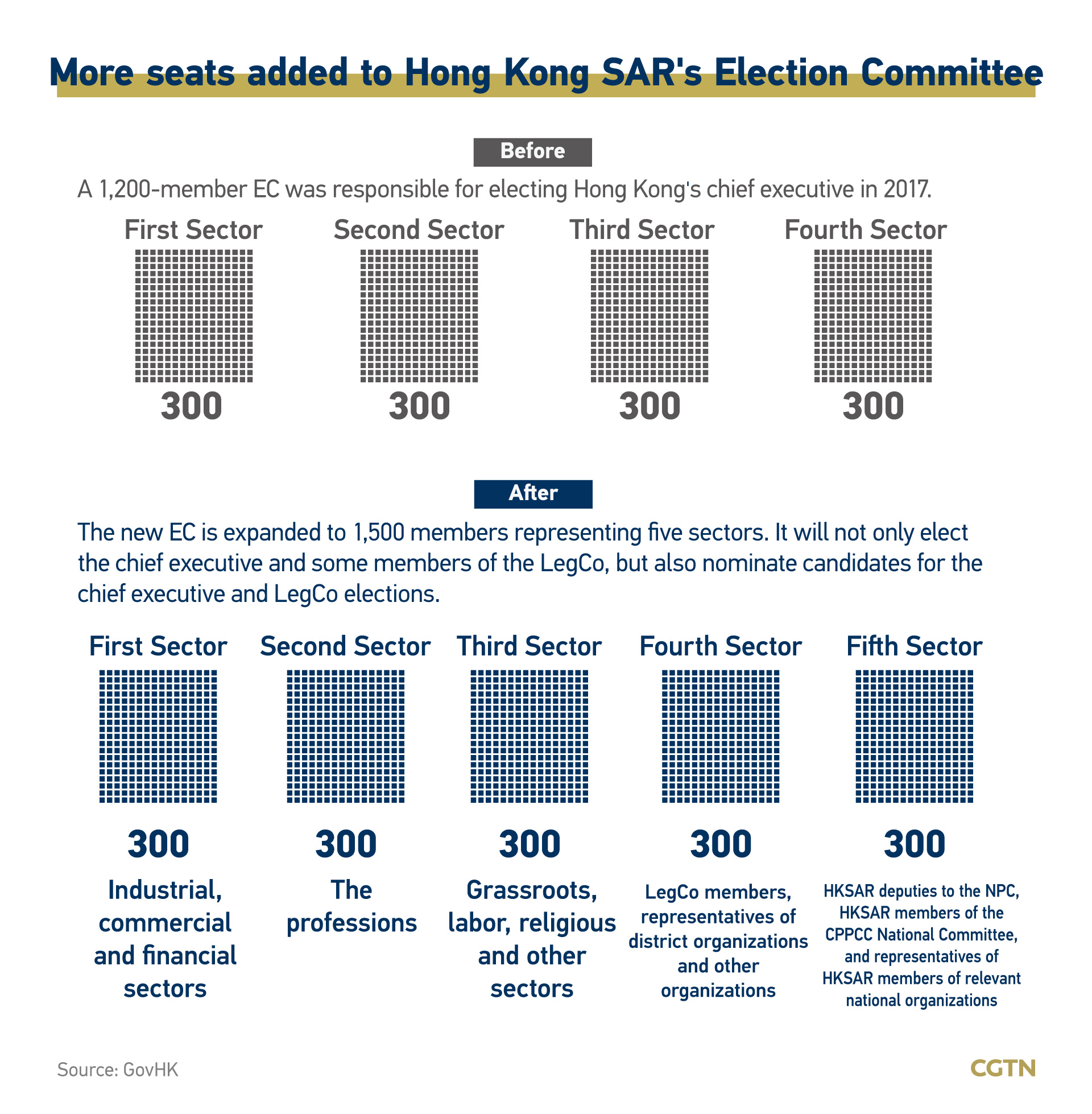 Out of the EC's 1,500 seats, 325 people have been determined to be validly registered as ex-officio members, 156 people validly nominated to be members of the EC and 603 candidates uncontested, leaving 412 candidates to contest for 364 seats in 13 subsectors on Sunday. (The actual number of members of the EC will be fewer than 1,500 due to the LegCo election yet to be held and the overlapping status of some ex-officio members). 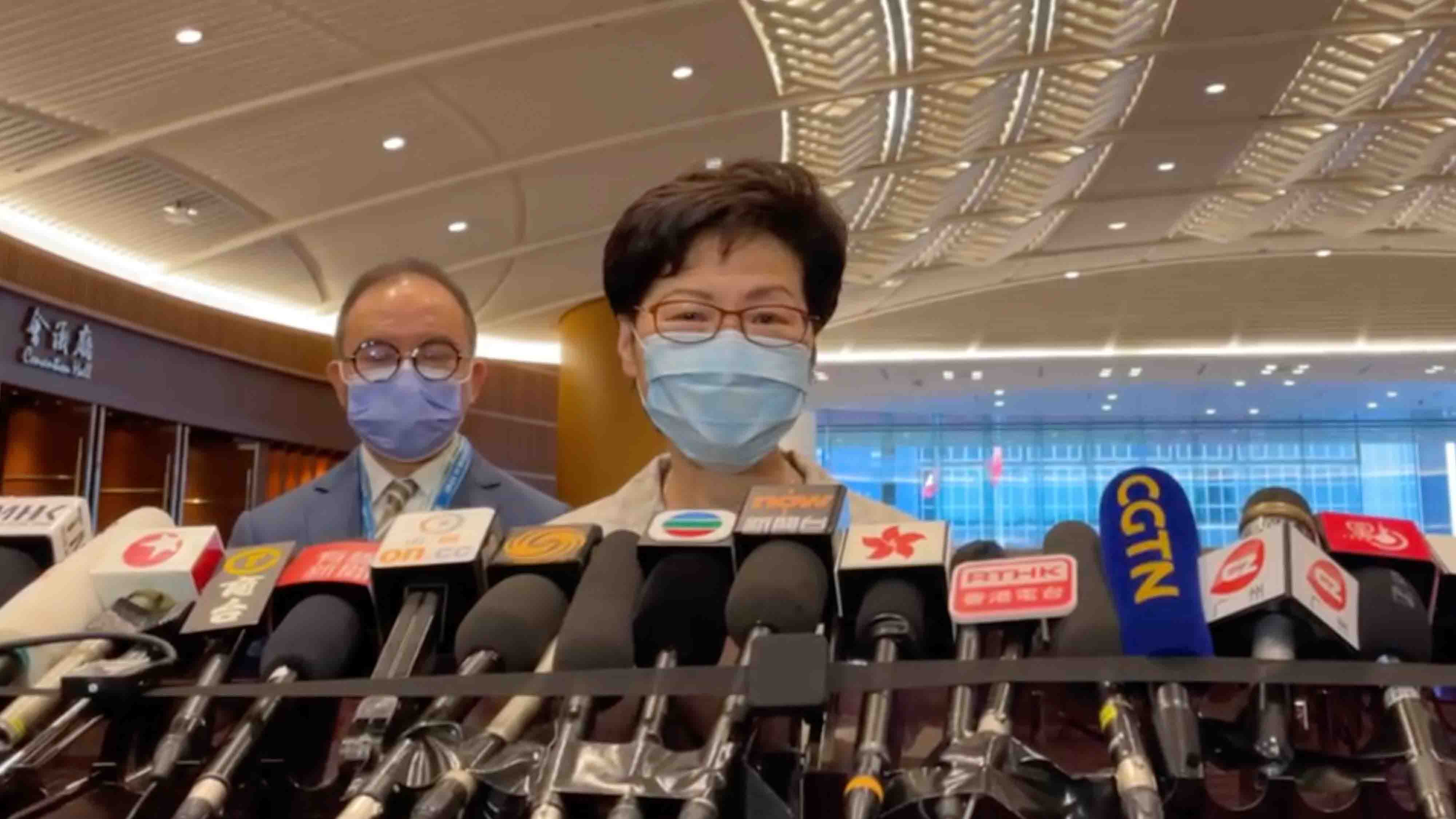 When asked by CGTN if the revamped electoral system is designed to shut out the opposition voices out of Hong Kong's political process, Lam said the "whole objective of improving the electoral system of HKSAR is to ensure 'patriots administrating Hong Kong'."

The new HKSAR electoral system is seen as an institutional guarantee for the implementation of the principle of "patriots administering Hong Kong" and "One Country, Two Systems," according to Xia Baolong, vice chairman of the National Committee of the Chinese People's Political Consultative Conference, and director of the Hong Kong and Macao Affairs Office of the State Council.

The Candidate Eligibility Review Committee vets and confirms the qualifications of candidates for the EC members, the chief executive and the Legislative Council (LegCo) members.

Patriotism is hardly a Chinese invention

Patriots governing Hong Kong: What are the standards for being a patriot? 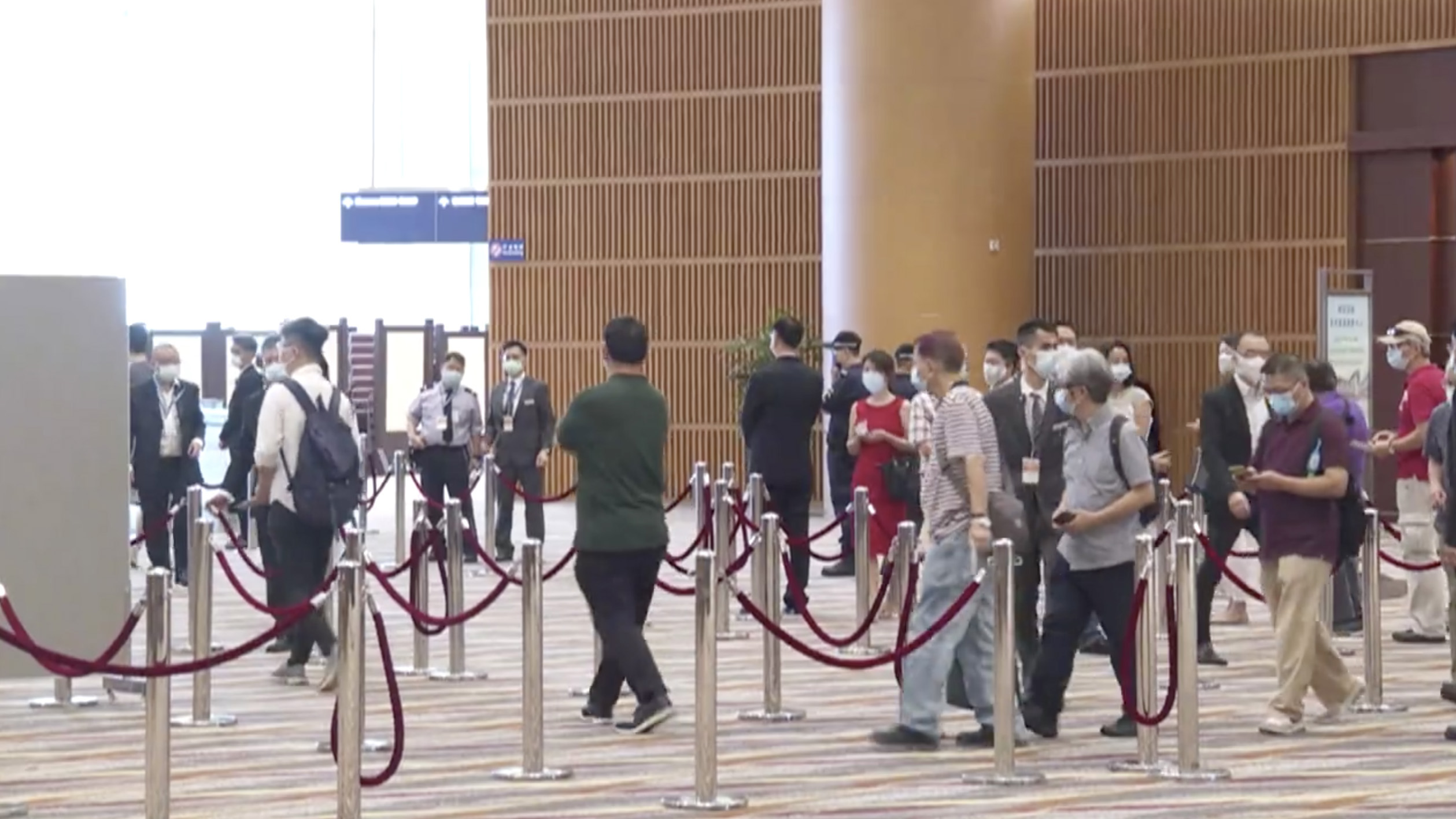 According to John Lee Ka-chiu, the head of the seven-member review committee, two candidates were disqualified from among 1,498 EC's nominees. One did not meet the statutory requirements of honestly supporting the Basic Law and being loyal to the HKSAR and the other was not registered as a voter in their geographical constituency.

Lam said no government or country in the world would allow public elections to "consist of people whose mission is to undermine the national interests of security."

"But we still welcome people from all walks of life, people (who) have different opinions about government policies to go into the political system, as long as we all share the common objective that we will contribute to succeed 'One Country, Two Systems' and we will not do anything to undermine national security," said Lam. Zhang Jian, director of the Hong Kong and Macao Research Section of the Shanghai Institute of International Studies, said these members are important forces who are familiar with Hong Kong, serve Hong Kong society in different fields and have knowledge of national affairs.

He added involving these people as EC members is conducive to better introducing the central government's various policies toward the HKSAR and enhancing the Hong Kong community's understanding and identification with the country.

Former Chief Executive of Hong Kong Leung Chun-ying has said the new arrangement will make the EC "even more representative."