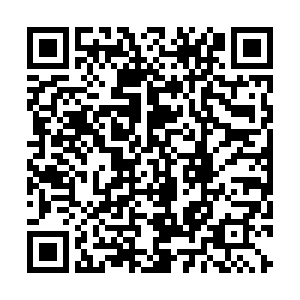 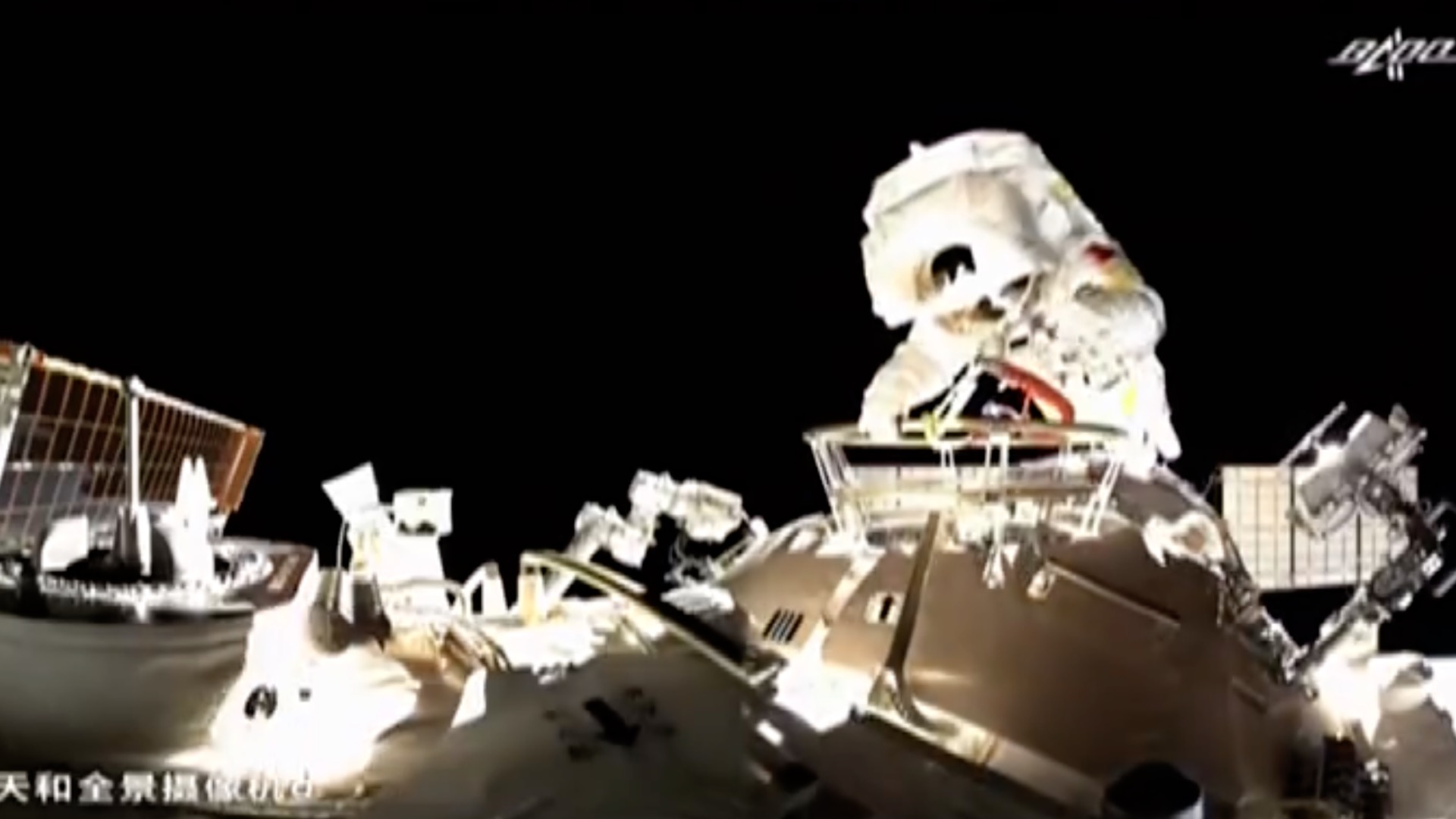 Wang and her mission commander Zhai Zhigang – both members of the Shenzhou-13 crew – conducted their first extravehicular activities (EVAs) since they entered the space station core module Tianhe in mid-October, according to the China Manned Space Engineering Office (CMSEO).

The operations started at 6:51 p.m. (Beijing Time), when Zhai opened the hatch of Tianhe's node cabin.

At 8:28 p.m., the pair stepped out of the cabin, both wearing the country's self-developed "Feitian" extravehicular spacesuits, while their crewmate Ye Guangfu remained inside the core module to aid their operations.

Click here to watch CGTN's live coverage of the spacewalk.

They first installed a foot restraint and a workbench on the robotic arm. Then with the support of the robotic arm, they cooperated to install a suspension system and an adapter for it, which will be used for future space station assembling works.

They also carried out tests of classic extravehicular moves and verification of mutual rescue efforts during the EVAs.

Wang Yaping was China's second female astronaut to go to space, and the country's first female to live in its space station.

In June 2013, Wang and her two other crewmates, Nie Haisheng and Zhang Xiaoguang, were sent to space aboard Shenzhou-10. She gave a lecture about space during the mission via live broadcast, a first for China, reaching and inspiring millions of school children across the country.

Zhai, 55, is the first Chinese to have conducted a spacewalk. He performed a landmark 20-minute EVA during the Shenzhou-7 mission back in 2008, which made China the third nation in the world to independently conduct a spacewalk, following the former Soviet Union and the United States.

The Shenzhou-13 mission, launched on October 16, is the second of the four manned missions for the construction of China's space station.

The three crew members are scheduled to stay in space for six months, the longest ever in-orbit duration for Chinese astronauts.

They are expected to conduct one to two more spacewalks during their stay.

Their colleagues in the Shenzhou-12 mission, which lasted from mid-June to mid-September, performed two spacewalks.