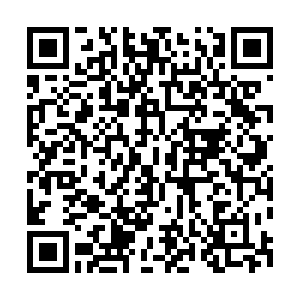 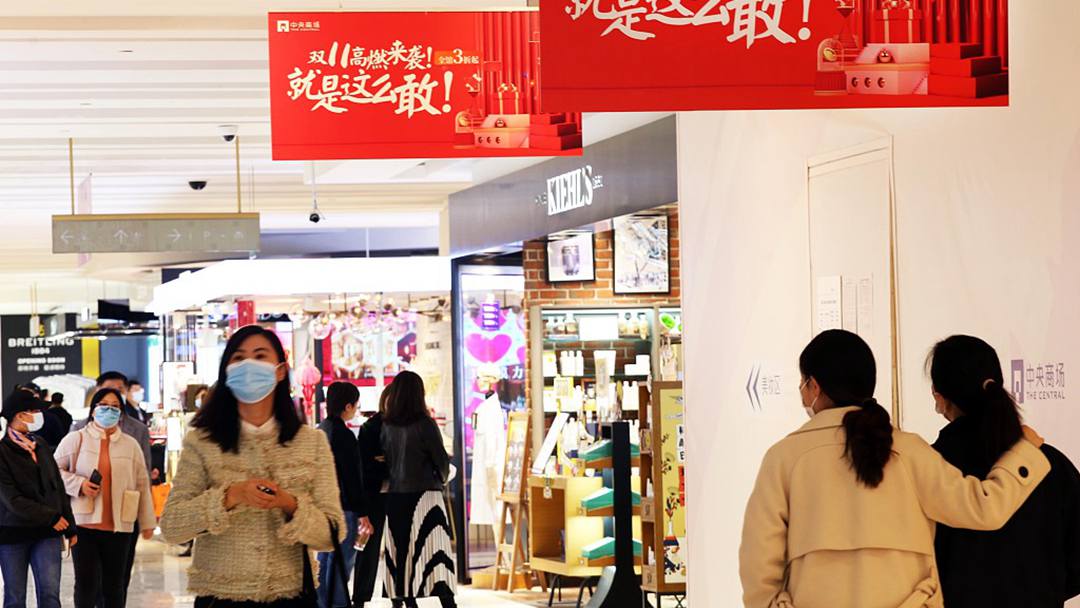 China's retail sales of consumer goods rose by 4.9 percent in October from a year earlier, while value-added industrial output went up by 3.5 percent year on year, data from the National Bureau of Statistics (NBS) showed Monday. 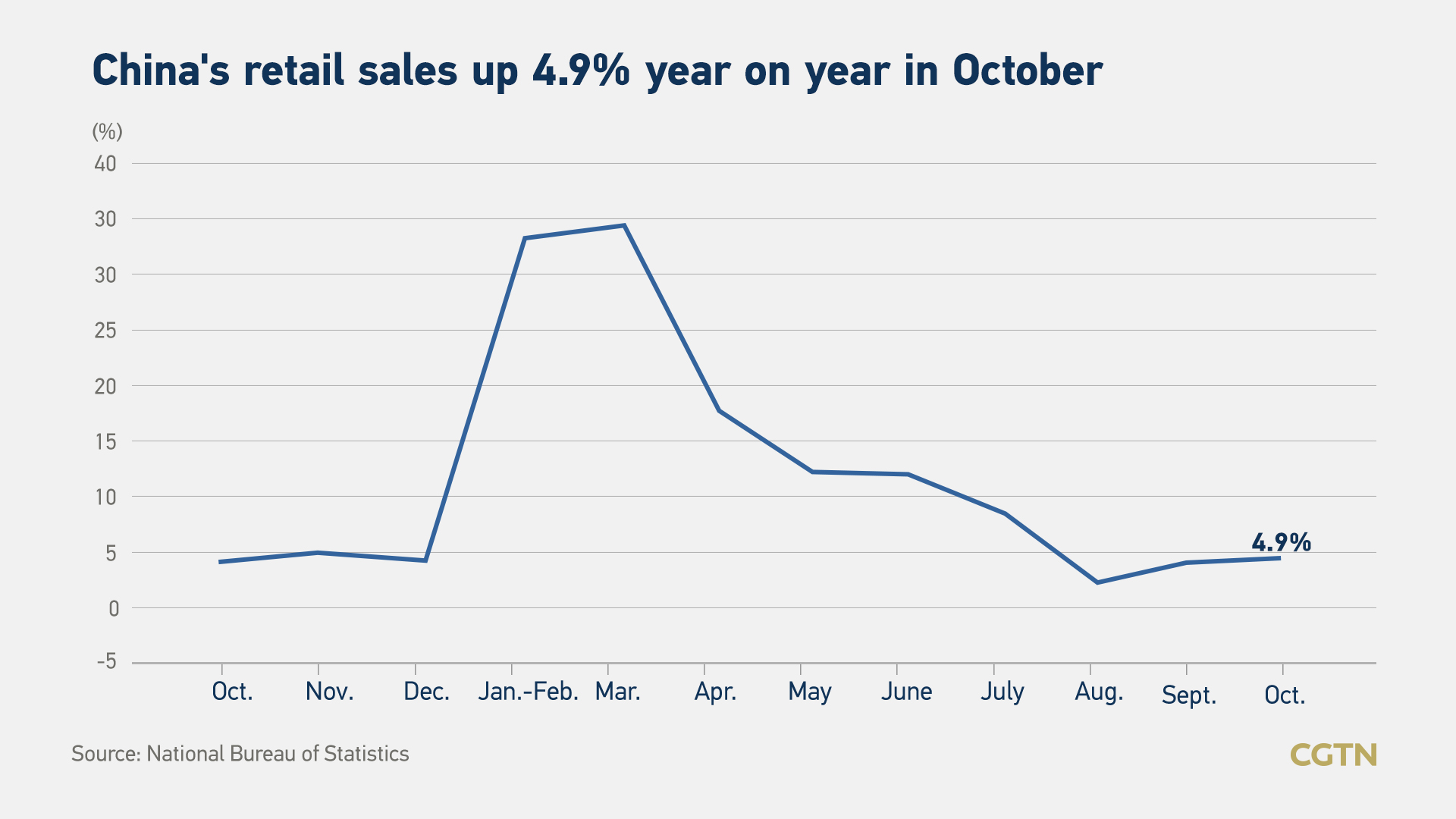 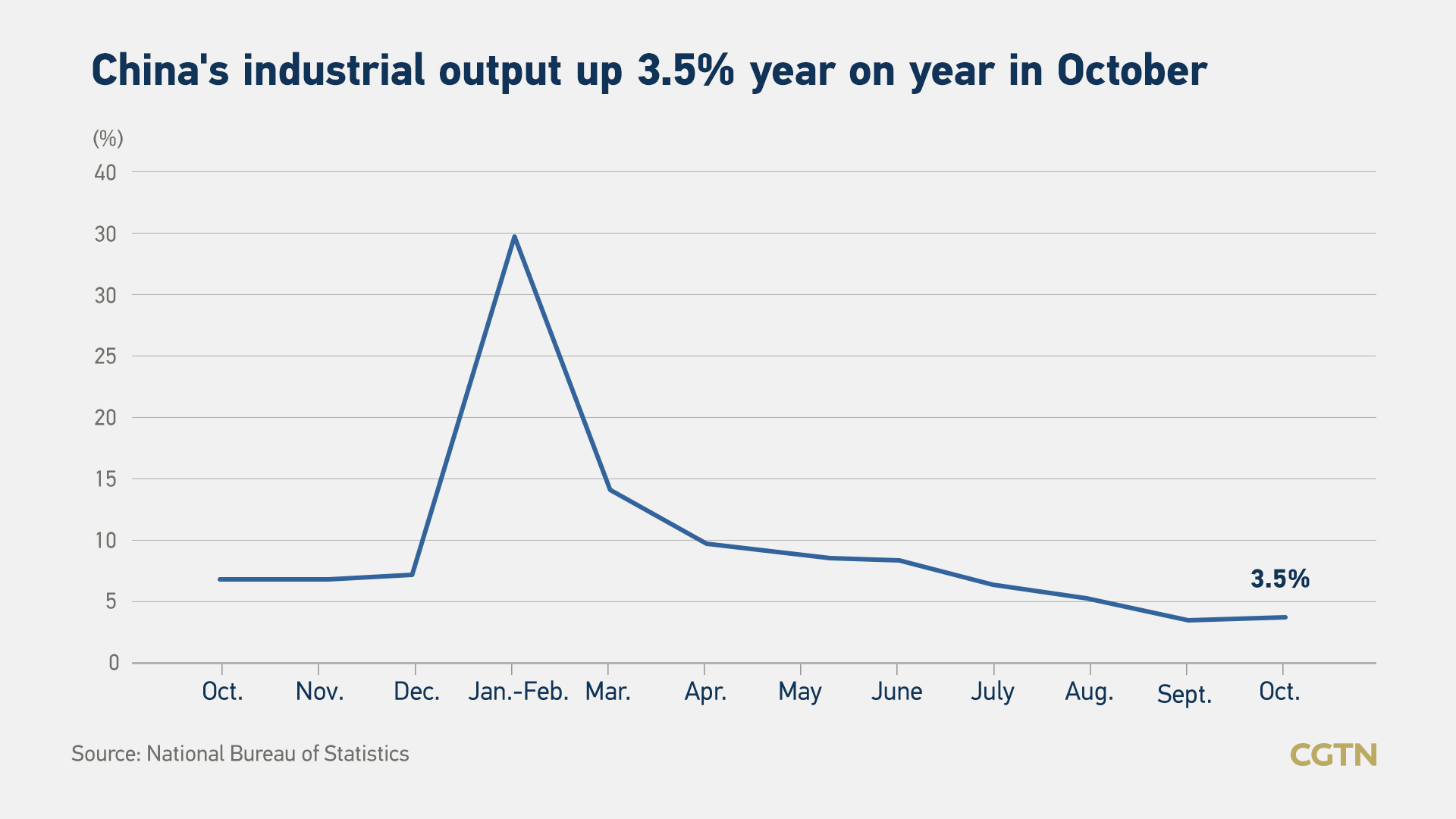 The economist believed that the improvement in retail sales could be driven by inflation, which pushed headline retail sales in nominal terms, and panic buying that started in October end.

"We believe the increased emphasis on the 'zero-COVID' strategy will weigh more on retail sales before and during the upcoming Winter Olympics in February 2022," said Lu.

In the first 10 months, fixed asset investment – a gauge of expenditures on items including infrastructure, property, machinery and equipment – climbed up by 6.1 percent from a year ago, slightly below the 6.2-percent rise expected by both Reuters and Bloomberg.

The surveyed jobless rate held remained unchanged from September and stood at 4.9 percent in October, according to the NBS. China has set a target of a 5.5 percent unemployment rate for the whole year.

China's economy has shown continued recovery from the pandemic, but due to the COVID-19 resurgence, floods and high base, its economic growth in the third quarter slowed to 4.9 percent year on year, receding from 7.9 percent in the second quarter and marking a further deceleration from the 18.3-percent jump in the first quarter.