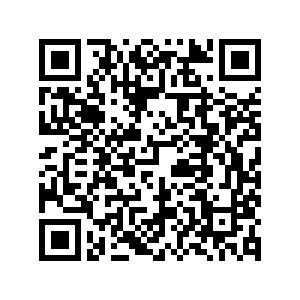 A few weeks have passed and we're on Day 48 – and what a wild ride it's been.

We're way past leg stretches and kicks now. These warm-up exercises are no longer the main course and have been relegated to a starter, something that whets my workout appetite.

The barre has ceased to be this boogeyman that sends chills down my back and I'm happy to report that noticeable progress has been made on that front.

I can reach the tip of the toes with ease but I'm still light-years away from my head meeting my knee. That's some next-level stuff that I've set my eyes on after seeing my loose-limbed instructors pull it off without an ounce of sweat. Teacher Zhu, the young Wusheng (male warrior) who's getting me ready for the Peking Opera stage, says I'll be able to join their fold in no time, but I have my doubts. Still, I am amazed at how fast the body can go from stiff to supple when you put in the work and time.

My training is pursuing two tracks at the same time: basic skills and play scenes.

Wusheng performers are expected to dominate the stage, either by their mere presence or skill set. They're light on their feet, fast in their movement, and imposing with the acrobatic feats and martial arts marvels they effortlessly showcase.

Explosive power is their secret weapon (that and actual prop weapons), which comes in handy during backflips, flying kicks and butterfly jumps, when the body rotates in a circle in the air with all limbs stretched out like the wings of a butterfly. My body strength is less than optimal but it's a work in progress.

Learning the classic play Sanchakou (At The Crossroads) proves to be a window into the nuances and intricacies of traditional Chinese drama.

The story centers around Ren Tanghui (played by yours truly), a warrior tasked with secretly watching over an exiled general, and Liu Lihua, the keeper of an inn where Ren and his protectee are staying the night. This mutual suspicion leads to a misunderstanding, which in turn leads to a fierce fight in complete darkness until the confusion is resolved.

My mission is to learn an 8-minute excerpt from this play and perform in front of a live audience at the end of my 100-day crash course.

With the simple premise and the bare stage settings (a lonely red table), the burden lies squarely on the shoulders of performers and their artistry. Nothing is left to happenstance or guess. Every step, every gaze, every head tilt, and every pause is intentional and serves a specific purpose in storytelling, and so Zhu laoshi (teacher) is going over the play inch by inch, frame by frame, one minuscule muscle movement at a time.

It seems that things are going as planned, except they're not. All of this adrenaline-fueled fun is happening while an injury to my left leg (the predominant leg used in Peking Opera) is limiting its range and utility and slowly chipping away at my morale.

On Day 6 of my training, I suffered a hamstring pull after exerting too much effort during stretching exercises. A few days of rest were rendered void the moment I was back on the workout mat.

The doctor had recommended I halt training for up to six weeks until full recovery, but worried I'd lose momentum, I press on.

My benevolent instructor devises ways to not exhaust the dysfunctional limb but with the drills getting more challenging, it's only a matter of time before I hit a major speed bump that'd risk derailing my apprenticeship and send me down a slippery slope.

Progress is slow, frustration is building up and after a new move stumps me, I find myself trapped in a quicksand of distress.

The pain is pronounced and it's not just physical. I am not okay.

Episode 5 archives a dark and defining moment in my relationship with Peking Opera and offers a glimpse into how easily self-discipline – a vital trait in this field – can go astray if gone unchecked.