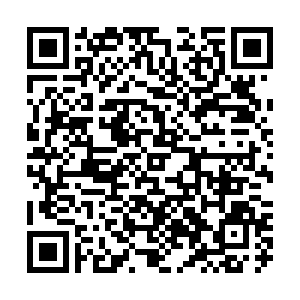 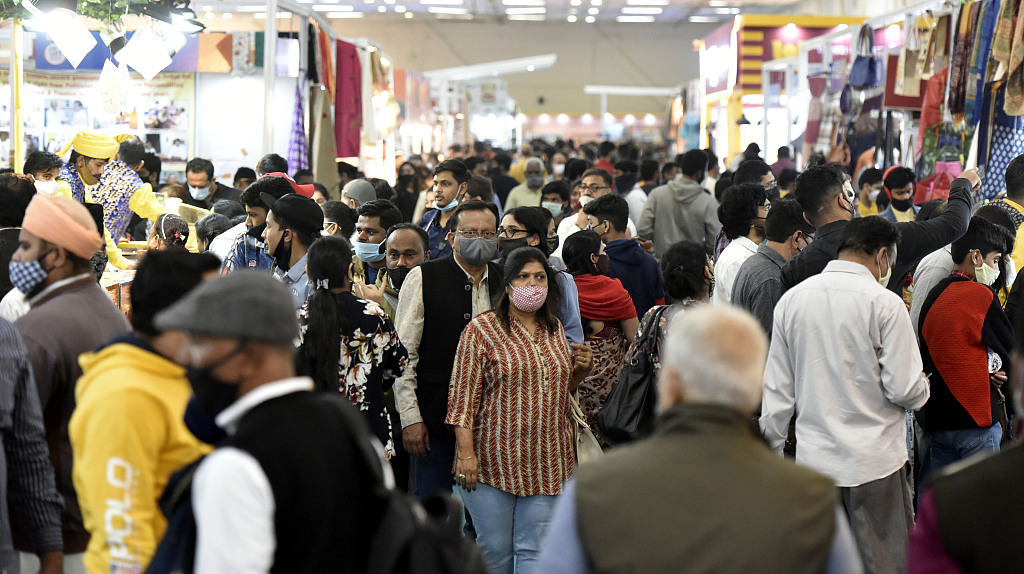 Visitors at the 40th India International Trade Fair at Pragati Maidan, New Delhi, November 23, 2021. All social, political, sports, entertainment, cultural, religious, and festival related gatherings have been banned in the Indian capital city due to concerns over Omicron variant. /CGP

Visitors at the 40th India International Trade Fair at Pragati Maidan, New Delhi, November 23, 2021. All social, political, sports, entertainment, cultural, religious, and festival related gatherings have been banned in the Indian capital city due to concerns over Omicron variant. /CGP

India's capital New Delhi has ordered a ban on Christmas and New Year celebrations amid fears over the spread of Omicron COVID-19 variant. Delhi along with the western state of Maharashtra figured among the top two hotspots for Omicron cases in the country on Thursday.

The decision on Wednesday came a day after the World Health Organization (WHO) urged cancellation or delay of some holiday plans to protect public health with the Omicron variant spreading globally at an alarming rate.

Delhi government's Delhi Disaster Management Authority (DDMA), in a notification announcing the ban, ordered the district administration and police to "ensure that no cultural event, gatherings, and congregations take place for celebrating Christmas or New Year in the National Capital Territory (NCT) of Delhi."

The circular cited a previous DDMA order dated December 15 that prohibits "all social, political, sports, entertainment, cultural, religious, and festival related gatherings and congregations throughout the national capital," which has a population of over 20 million.

The Delhi government also imposed a limit of 50 percent seating capacity in restaurants and capped the number of people allowed at wedding events to 200 people, besides permitting sporting events in stadia "only without spectators."

The strict move by the authorities came amid the soaring cases of Omicron in India. On Thursday, the total Omicron cases in the country stood at 269 of which 104 have already recovered, according to data put out by India's Ministry of Health and Family Welfare.

Maharashtra, with a total of 65 cases, marginally overtook Delhi (64) as the state with most Omicron cases. On Wednesday, when the ban on festivities was announced, Delhi topped the list with 57 cases and Maharashtra had 54 cases.

India hasn't yet reported a death from Omicron variant, but growing concerns over its likely surge in the coming weeks have stirred the government. Prime Minister Narendra Modi is likely to hold a meeting later on Thursday to review the overall COVID-19 situation in the country.

Noting that Omicron has been declared a variant of concern by the WHO and there has been a persistent rise in COVID-19 cases in NCT of Delhi during last few days, the DDMA stressed that "it is need of hour… to control the spread of COVID-19 cases including Omicron variant."

'An event cancelled is better than a life cancelled' 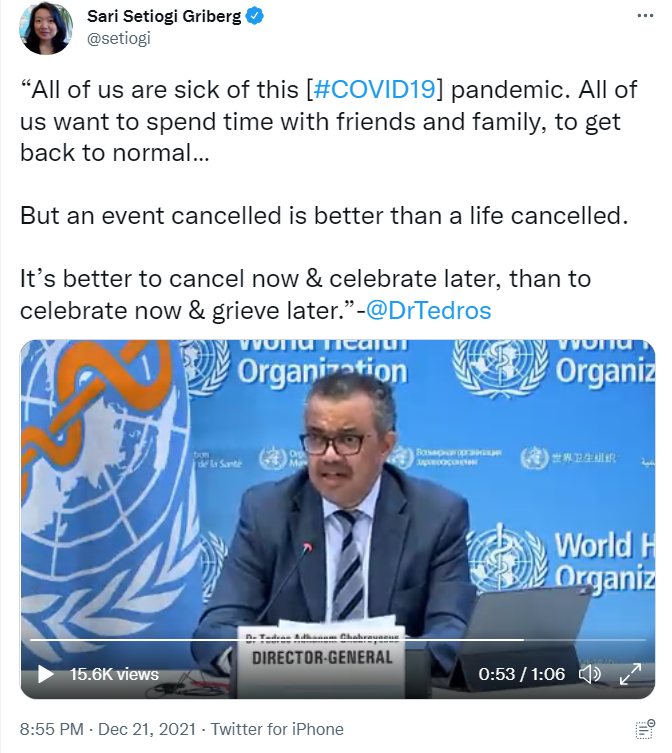 On Tuesday, the WHO warned that holiday festivities leading up to the New Year would result in increased Omicron cases and overwhelm health systems and called for cancellation or postponement of public gatherings.

"All of us are sick of this pandemic. All of us want to spend time with friends and family, to get back to normal… but an event cancelled is better than a life cancelled," WHO director-general Tedros Adhanom Ghebreyesus said.

"It's better to cancel now and celebrate later, than to celebrate now and grieve later," he added.

Earlier between March and May this year, India was hit by a devastating second wave of COVID-19 outbreak blamed on the Delta variant of the virus and "super-spreader" election rallies and massive gatherings for religious festivals.

Amid peculation of an Omicron-led third wave, it will be important for India to learn from its experience to contain the virus before it turns into a deadly outbreak.