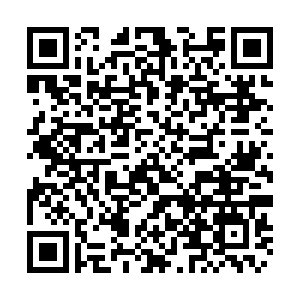 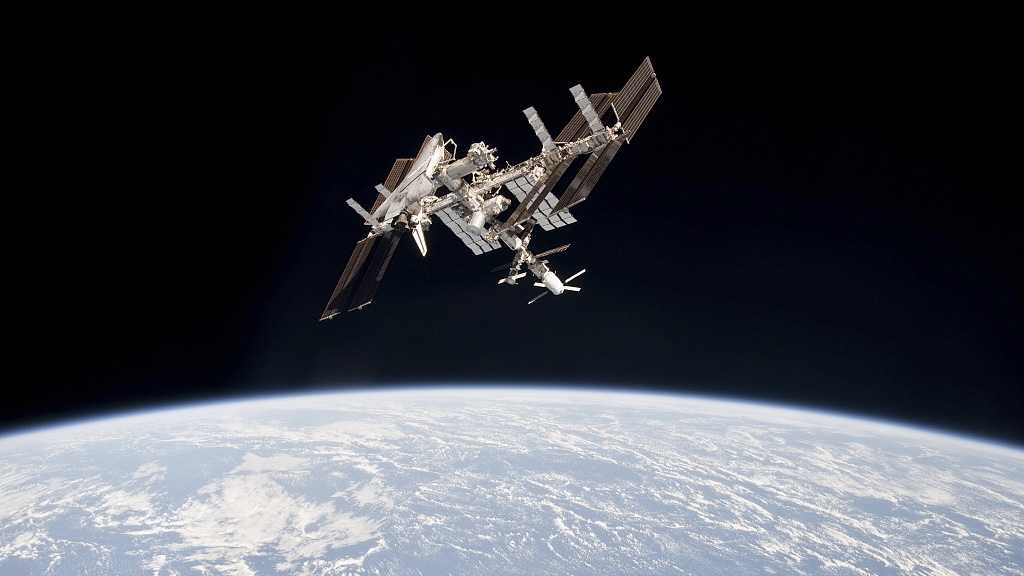 The International Space Station (ISS) had its first orbital maneuver of 2022 on January 12, the Russian space corporation Roscosmos said.

The maneuver created conditions for the docking of crewed spacecraft Soyuz MS-21 and the landing of Soyuz MS-19, which took the first all-Russian filmmaking crew to the ISS on October 5, 2021, the ISS said in a news release on January 1.

Preliminary data from Roscosmos says the station's orbit increased by 1.2 kilometers powered from engines of cargo craft Progress MS-18. Last month, the ISS was lowered 1.8 km as part of preparations to receive the Soyuz MS-21 manned spacecraft planned for March 18.

In order for a spacecraft to dock to a space station, a rendezvous procedure is adopted for the two to have the same orbit. This procedure involves a set of orbital maneuvers.

"Theoretically speaking, there are launch windows every day," Professor Yang Yuguang from China Aerospace Science and Industry Corporation told CGTN. "But usually when the spacecraft is launched into orbit, the ISS is at a different location."

Given that a higher orbit means a lower spacecraft speed, adjusting the altitude of ISS will put it in a desirable position for docking so it takes less independent flight time when a manned spacecraft is launched to meet the ISS, Yang explained.

A "fast rendezvous and docking technique" has been adopted by most space missions since 2014, according to the European Space Agency. With average in-cargo travel of around six hours, this technique can reduce space motion sickness that normally kicks in six hours after the astronauts are in orbit.

Last year in October, China successfully deployed this technique to send the Shenzhou-13 trio to China's space station – which is 400 kilometers above the Earth – in only six and a half hours.

The record for fastest launch, rendezvous and docking in history was set by the Soyuz MS-17 crew in 2020 for a duration of three hours and three minutes. Ten years ago, a similar journey would take three days, NASA astronaut Tracy Caldwell Dyson revealed in 2010.

Due to the radiation effect from the Van Allen radiation belt that is 600 km away, a space station is usually set at an altitude of around 300 to 400 km. "This raises another problem," Yang said, as the air density at this level is still relatively high and creates "remarkable" aerodynamic drag.

Therefore, "the space station needs to conduct orbital maneuver constantly to keep its orbit, to keep its altitude," said Yang.

An orbital maneuver by a space station is not that unusual. It is mainly for keeping itself from being de-orbited or to dodge debris and satellites, which all require a propulsion system fueled by propellants either from the station itself or from a cargo spacecraft.

A single launch of a cargo spacecraft could cost around $20 million, Yang said. However, it might be complicated to calculate the cost of transporting the propellant itself as the cargo ship also brings equipment and supplies for astronauts in orbit.

Space capable nations urged to inform others before orbital maneuvers