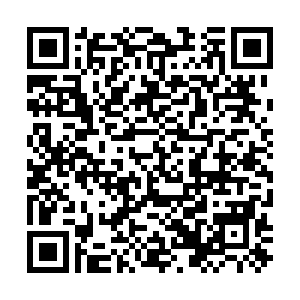 A virtual event of the World Economic Forum (WEF) will take place from Monday to Friday, and Thursday will mark the one-year anniversary of the inauguration of U.S. President Joe Biden.

Chinese President Xi Jinping will attend the WEF virtual event on Monday and deliver a speech at the invitation of Klaus Schwab, founder and executive chairman of the WEF.

The event, also known as the Davos Agenda virtual event, will offer a platform for world leaders to share their visions on addressing critical global challenges, according to the WEF website.

"With rampant pandemic raging across the globe, increasing uncertainties in the world economic recovery, widening development gap between the North and the South, and backlashes against economic globalization, humanity is confronted with unprecedented challenges," Chinese Foreign Ministry spokesperson Wang Wenbin said on Friday in response to a question about Xi's attendance of the event.

"Against this backdrop, it is of great significance that President Xi will attend and deliver remarks at the meeting," Wang said, adding that China will stay committed to true multilateralism and is ready to "step up cooperation with all countries to tide over the difficulties."

Leaders of the United Nations, the European Union, India, Israel, Japan, Germany, Indonesia, Australia and Nigeria will address the event. U.S. Secretary of the Treasury Janet L. Yellen will take part in a conversation session.

Thursday will mark the first year since Biden was sworn in as the 46th U.S. president. He plans to hold a press conference on Wednesday to mark the anniversary.

"On this January day, my whole soul is in this: Bringing America together, uniting our people, uniting our nation. And I ask every American to join me in this cause," Biden said in his inauguration speech on January 20 last year, calling for unity among Americans to fight the foes of "anger, resentment, hatred, extremism, lawlessness, violence, disease, joblessness and hopelessness" and overcome the COVID-19 pandemic.

"We will repair our alliances and engage with the world once again," he said, vowing to strengthen the country's ties with its allies that had been weakened under the Trump administration.

Despite a promising start, Biden's approval rating is the second-lowest after Donald Trump's for any U.S. president one year in. Aggregated polling data from RealClearPolitics suggests that 53 percent of Americans approved of him when he took office, but the number has slipped to about 40 percent a year later.

To what extent has Biden delivered on his promises at home and on the world stage? Lots of comments on this question are expected in the coming days.

In other parts of the world, peacekeepers of the Collective Security Treaty Organization (CSTO) will be withdrawn from Kazakhstan by Wednesday with order restored in the country, and Moscow and Tehran are expected to announce the dates of Iranian President Ebrahim Raisi's visit to Russia soon.