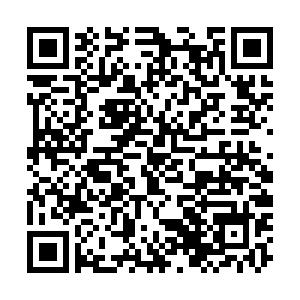 China will formulate a law to protect the Yellow River, according to a work report submitted Tuesday to the country's national legislature. The National People's Congress (NPC) Standing Committee delivered the report to the fifth session of the 13th NPC.

On Mother River Protection Day, March 9, let's embark on a tour of important wetlands along the Yellow River, from the source to the estuary. 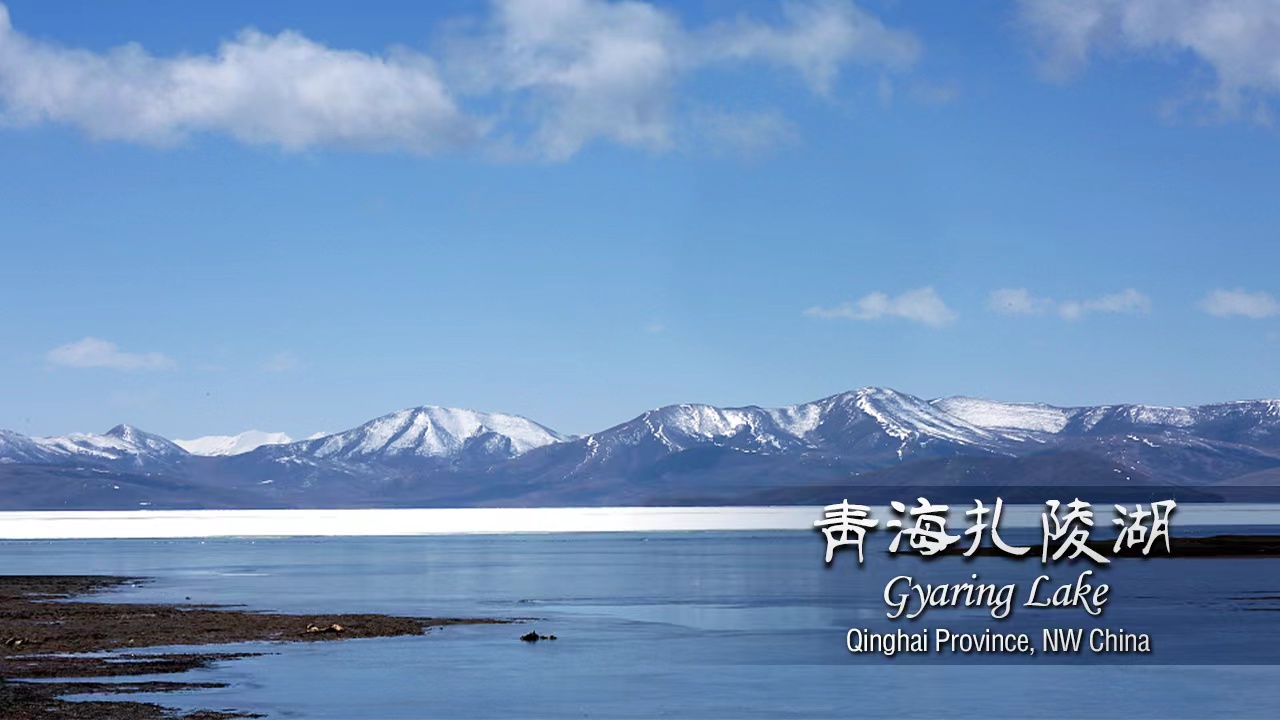 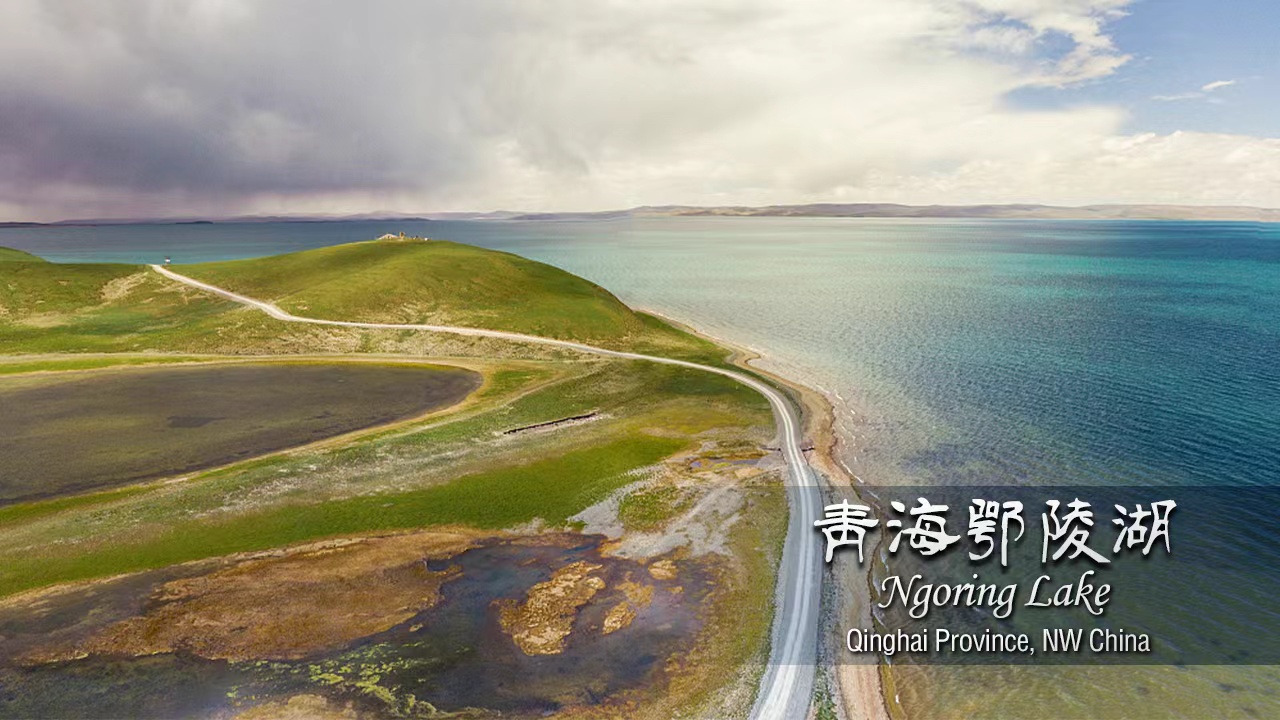 The Gyaring Lake and the Ngoring Lake are two biggest freshwater lakes at the source of the Yellow River in northwest China's Qinghai Province. In Tibetan, the Gyaring Lake means a long white lake, while the Ngoring Lake means a long blue lake. Although the total size of two lakes is only half of the Lake Taihu in east China's Jiangsu Province, their water storage is three times that of Lake Taihu. The wetlands here are a paradise for migratory birds like the bar-headed goose. 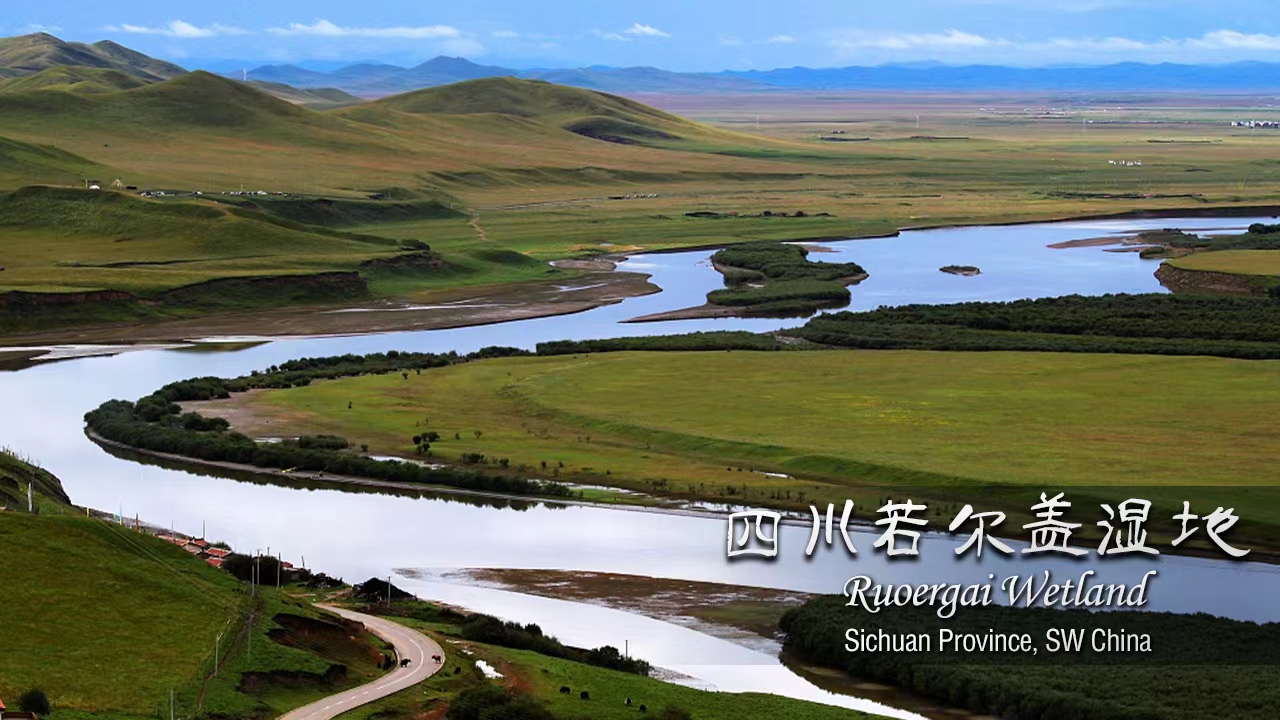 The Ruoergai Wetland in southwest China's Sichuan Province, is said to be the world's largest well-preserved alpine peat marsh in the upstream area of the Yellow River. It provides habitat for 137 bird species, including the endangered black-necked crane. Every March, the birds migrate from neighboring Yunnan and Guizhou provinces to Sichuan. They mate, build nests, breed and bring up fledglings in the vast and lush wetland. You can also see the first bend of the Yellow River in Ruoergai County. 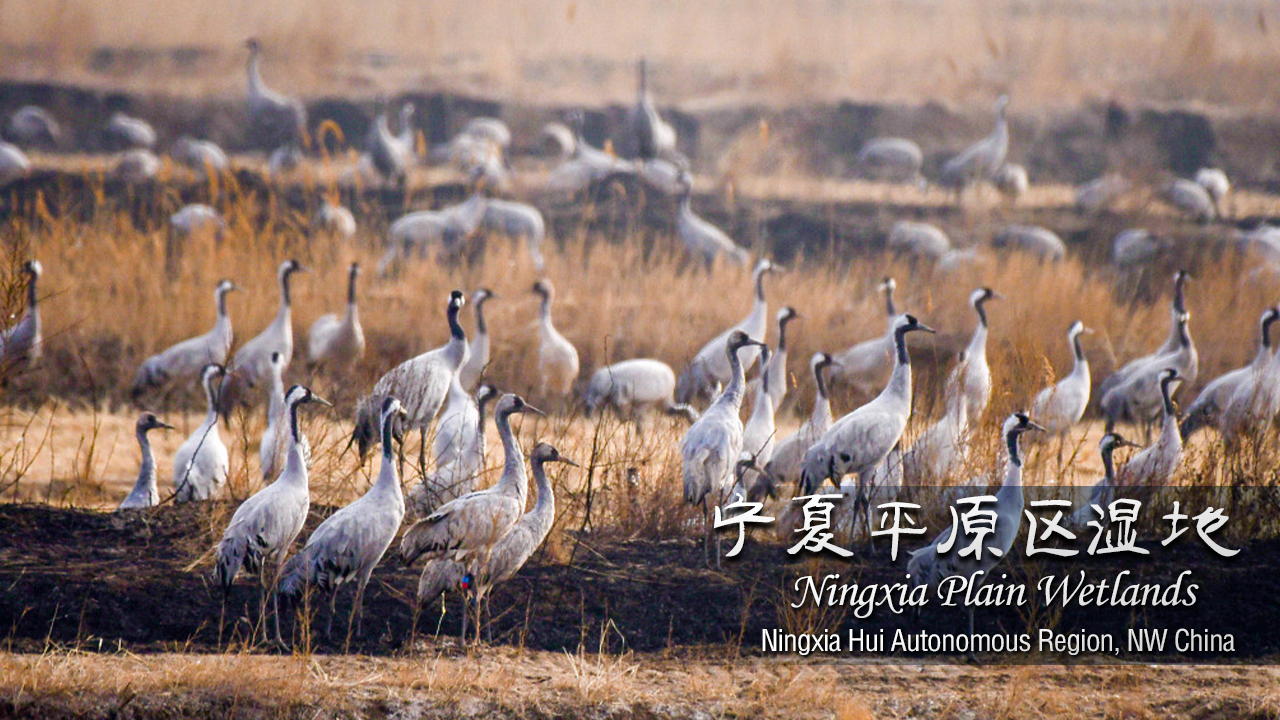 Ningxia Plain Wetlands are distributed in the alluvial plain of the Yellow River, occupying a land area of about 153,000 hectares in the arid western region. The abundant lakes and wetlands in Yinchuan City are known as "72 interlinked lakes," and Yinchuan was historically hailed as "a city encircled by water." From late October to early March, the Eurasian cranes stop over at the Shizuishan section of the Yellow River in Ningxia, and spend the winter here. 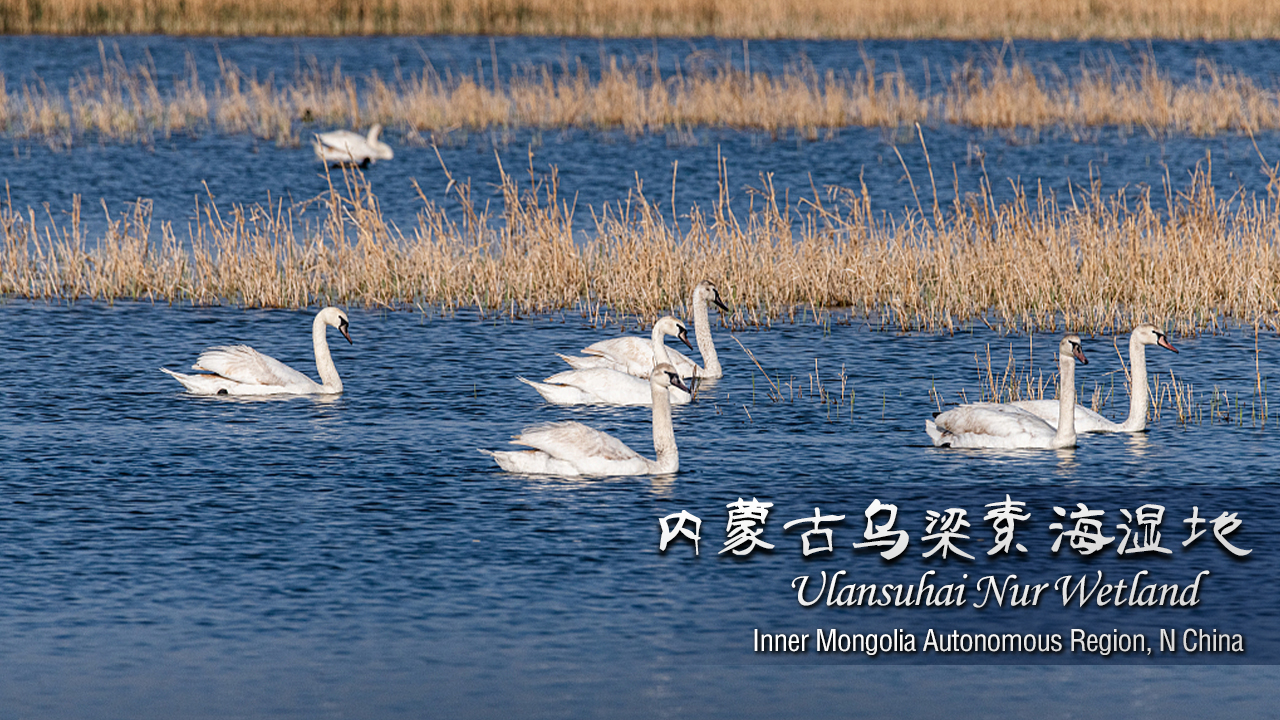 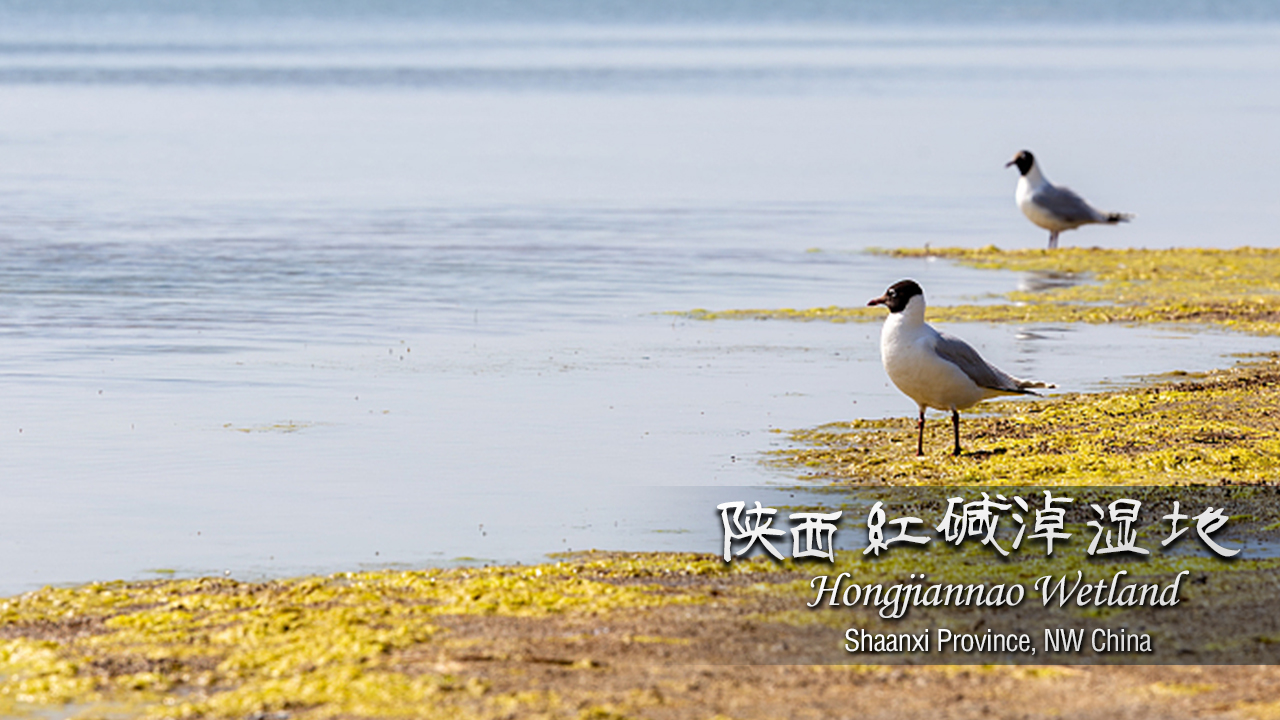 The Hongjiannao is China's largest freshwater lake and the world's largest breeding habitat for endangered relict gulls. Every April, flocks of relict gulls migrate here and start breeding. Wild geese, swans and many other birds are their neighbors.

The lake, sandwiched between the Muus Desert in northwest China's Shaanxi Province and the Erdos Plateau in Inner Mongolia, saw its water level retreat by 30 to 60 centimeters a year since 2006 due to climate change and human activities. In 2016, it expanded for the first time in a decade. The surface area of the lake stood at 32.94 square kilometers by the end of 2016, up around 4.5 percent year on year, according to statistics from the provincial remote sensing information center for agriculture. 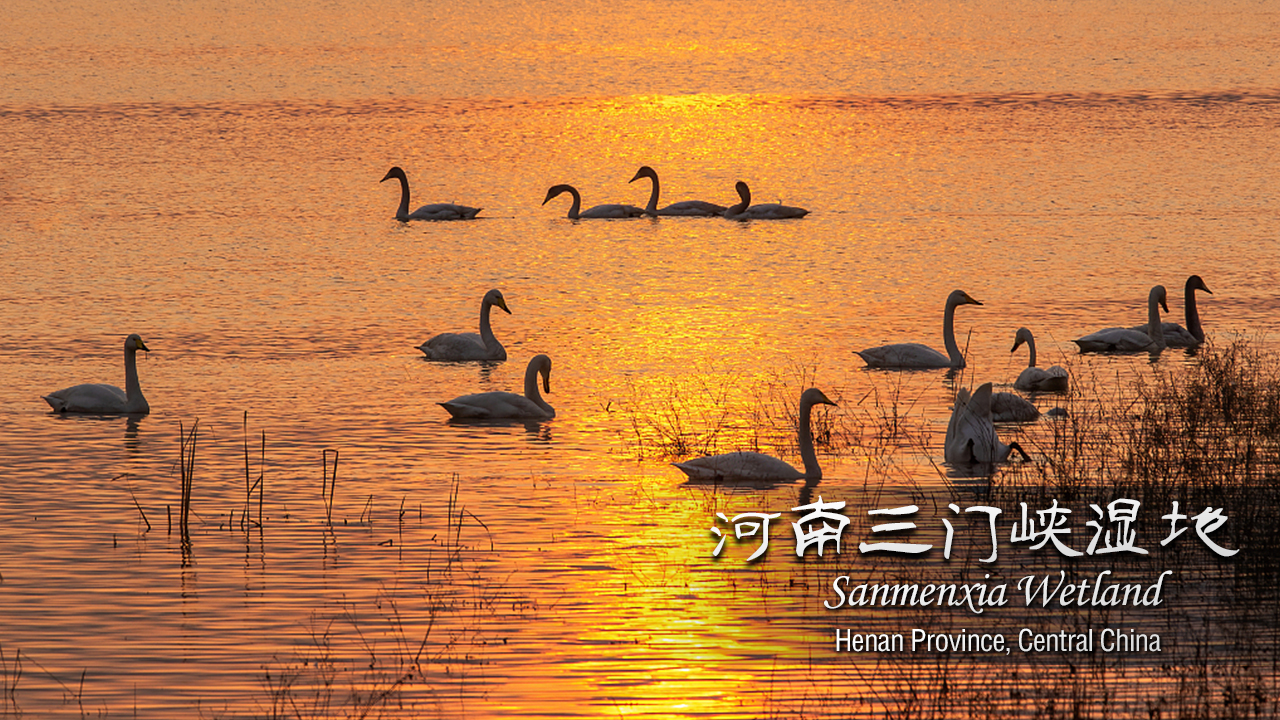 Every winter, throngs of whooper swans visit wetlands in Sanmenxia City, central China's Henan Province to spend their winter. The city is thus known as "swan city." Since 2014, the local wildlife rescue center has put bands on the birds to study their migration routes. Up till now, they have put neck collars on 550 whooper swans. 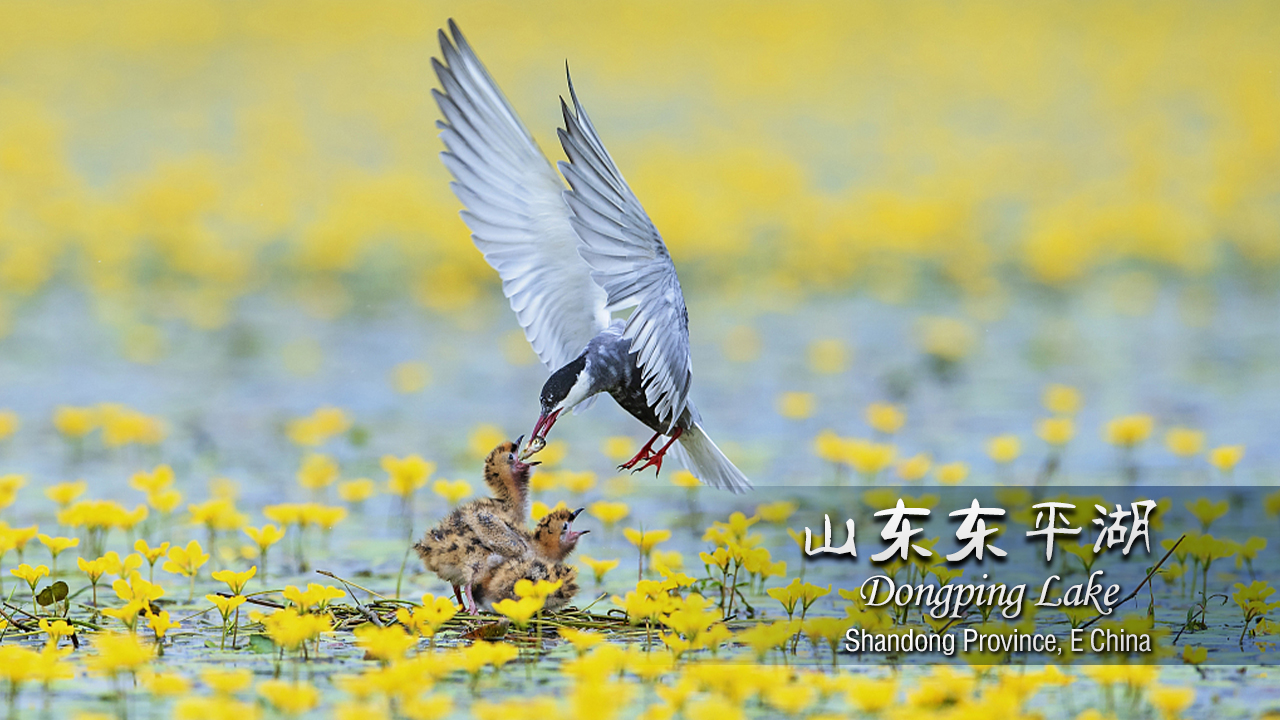 Dongping County in eastern Shandong Province is where the Yellow River, the Dawen River and the canal meet. Dongping Lake in the county is the second largest freshwater lake in Shandong. It lies at the juncture between the Yellow River's fan-shaped plain and alluvial plain. In February 2022, over 1,500 critically endangered Baer's pochards were spotted in the lake and the Dawen River, the largest group ever recorded in China. 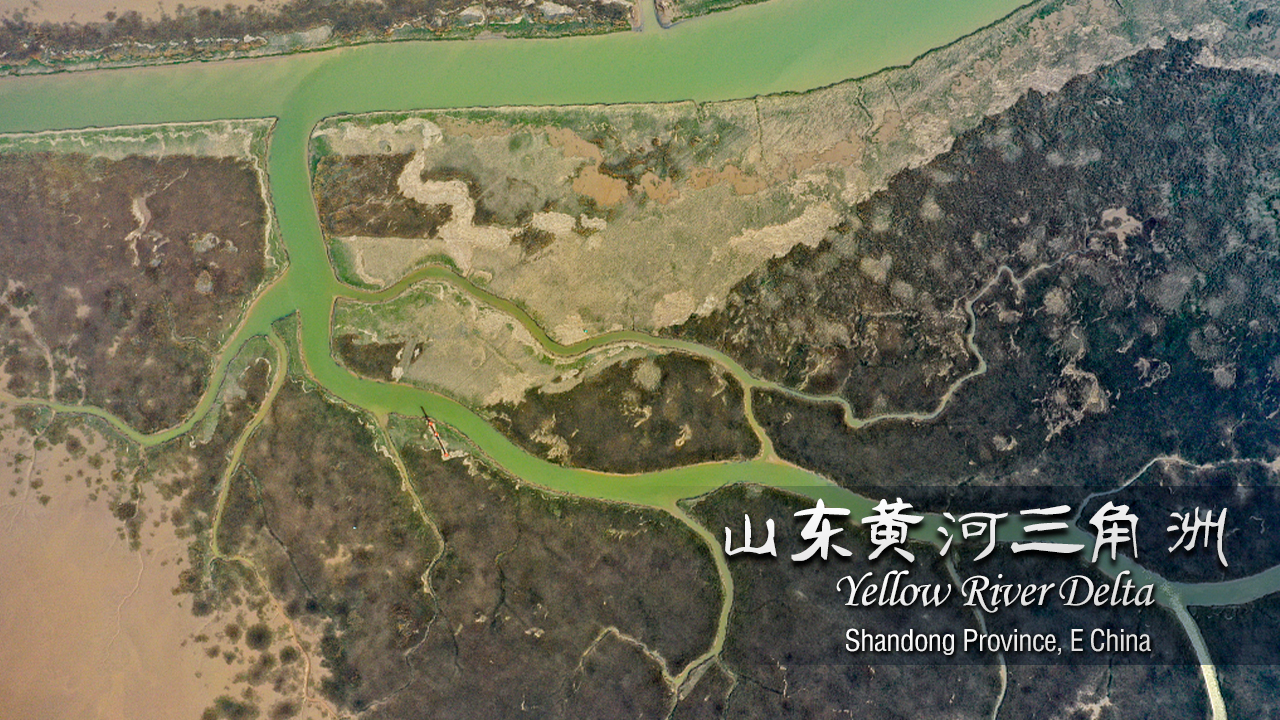 At the estuary lie vast wetlands of the Yellow River Delta in Dongying City, east China's Shandong Province. The wetlands here are an important breeding and transit area for migrant birds, especially the Saunders's gull and the oriental white stork. In 2021, over 10,000 Saunders's gulls bred in the Yellow River Delta National Nature Reserve, and 324 oriental white stork fledglings were born here.