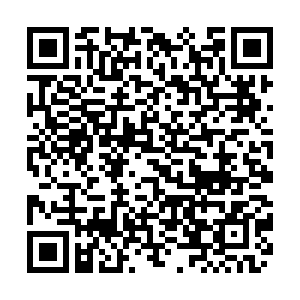 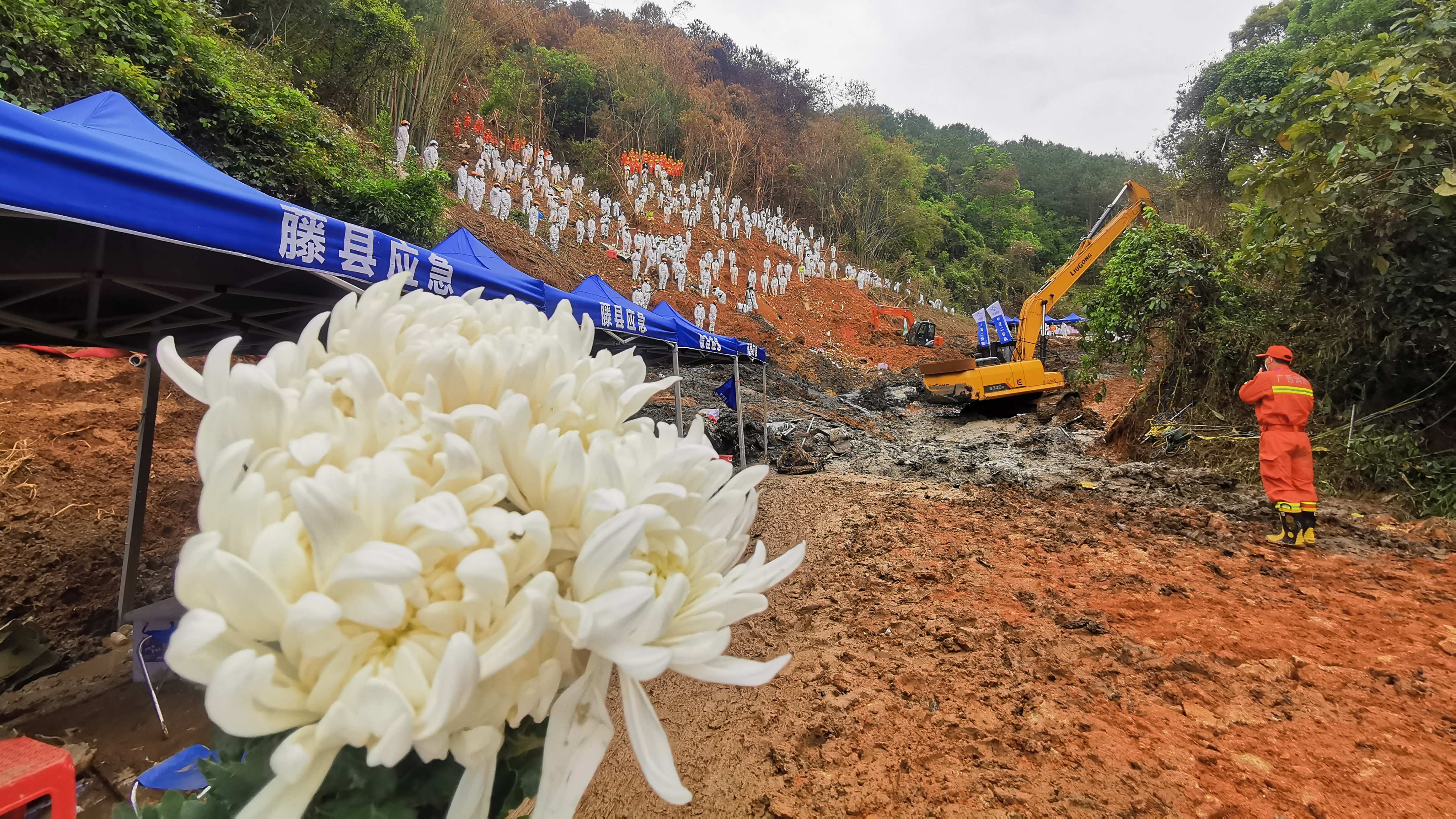 A ceremony was held on Sunday to mourn the victims of the China Eastern Airlines jetliner crash at the crash site in south China's Guangxi Zhuang Autonomous Region.

The staff at national emergency response headquarters for the incident as well as search and rescue personnel stood solemnly in the direction of the ill-fated aircraft and observed three minutes of silence to express condolences to the victims.

Other mourning activities at the search and rescue sites, funeral homes and other places were also carried out by family members of the victims with the assistance of local government staff and working groups.

Some staffers were assigned to attend to the relatives before the ceremony.

"At least two people are assigned to take care of each passenger's relatives. And all of us are there for them 24 hours a day, responding to whatever they need. Along with staff members, there are also medical professionals, and psychotherapists who are also on duty 24 hours a day," Zhao Ting, one of the staffers, told CGTN.

A week has passed since the plane crash on March 21, and Zhao said most of the family members are gradually coming to terms with the incident.

Zhao has been attending to the families since the early hours after the crash. She said there has been a noticeable shift in their concerns since then.

"When they first arrived at the hotels, the thing they frequently told us to help was to visit the crash site. And we arranged some visits for them in the past two days, so their demands in this regard are no longer strong. Their current questions are more centered on legal action and compensation," she added.

Zhao said the biggest challenge for her was the feeling that even her best efforts will not be enough to ease the pain felt by family members.

Sunday's ceremony was held after the second black box was found earlier in the day.

Investigation into the cause of the incident is underway as the search mission continues.

(Cao Chufeng contributed to the report.)

(Cover: A ceremony is held to mourn the victims of the China Eastern Airlines jetliner crash, at the crash site in south China's Guangxi Zhuang Autonomous Region, March 27, 2022. /CMG)