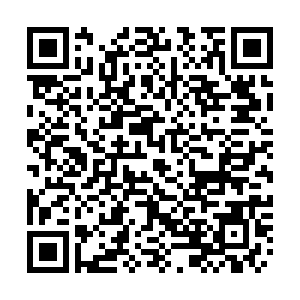 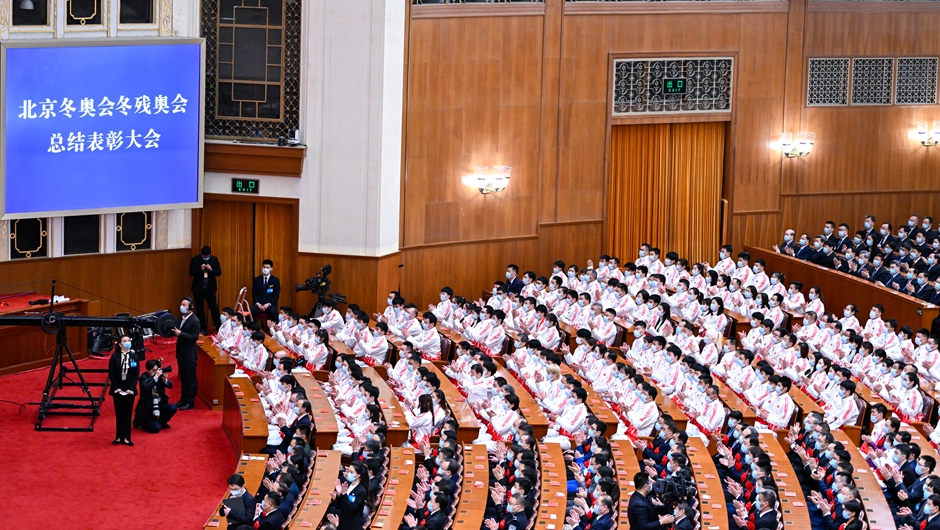 A gathering to honor those who have made outstanding contributions to the Beijing 2022 Olympic and Paralympic Winter Games is held at the Great Hall of the People in Beijing, capital of China, April 8, 2022. /Xinhua

A gathering to honor those who have made outstanding contributions to the Beijing 2022 Olympic and Paralympic Winter Games is held at the Great Hall of the People in Beijing, capital of China, April 8, 2022. /Xinhua

Chinese President Xi Jinping Friday delivered a speech at a gathering at the Great Hall of the People in Beijing to honor outstanding contributors to the Beijing 2022 Olympic and Paralympic Winter Games.

Chart of the day: China recognizes role models of Beijing 2022

Here're some highlights from his speech.

Olympic Games to 'go down in history'

President Xi praised the successful hosting of the Winter Games, saying the Chinese and people from other countries have presented another Olympic Games that "will go down in history, and together shared the glory of the Olympics."

"China has presented the world with a streamlined, safe and splendid Games, honoring its promise to the international community and making Beijing the world's first dual Olympic city," he told the gathering, calling the Games grand events featuring peace, friendship, unity and cooperation that inspire the world.

The Games have drawn positive feedback from the international community with outstanding performances that were part of the most-watched Winter Olympics ever, he said.

The Beijing Olympic and Paralympic Winter Games were held from February 4 to 20 and March 4 to 13, respectively.

"Chinese people are willing and determined to promote Olympic development as well as unity and friendship of people around the world, and are capable of and enthusiastic to contribute more," Xi said. 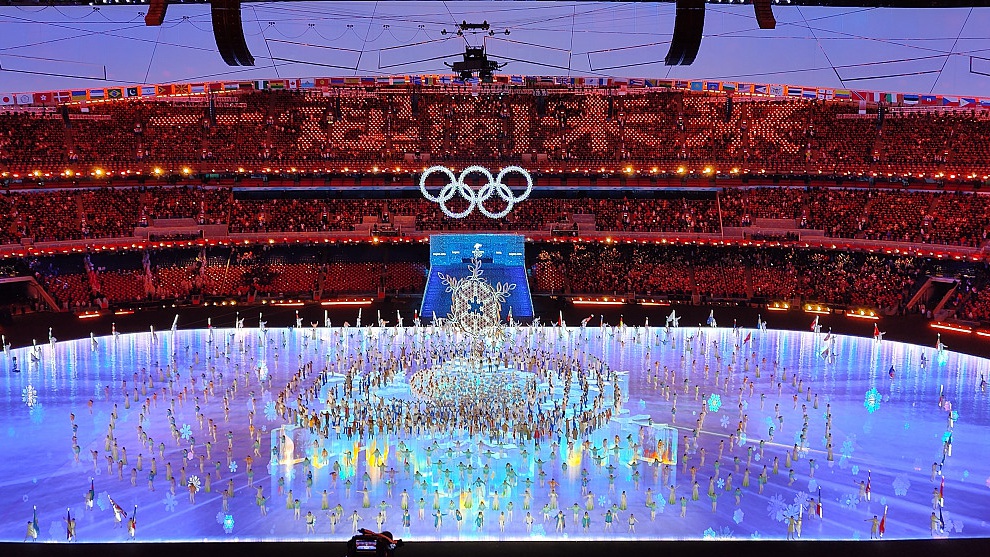 Xi summarized the Beijing Winter Olympic and Paralympic spirit as bearing in mind the big picture, being confident and open, rising to the challenges, pursuing excellence, and creating a better future together.

"All individuals involved in the bidding, preparing and hosting the Olympic and Paralympic Winter Games have fostered a Beijing 2022 spirit," he said.

China achieved its best-ever competition results at both Games.

The country ranked third at the 2022 Beijing Winter Olympics with nine gold medals and a 15-medal tally.

It won 18 gold medals, 20 silvers and 23 bronzes in the Winter Paralympics and ranked first in both gold and overall medal count.

According to Xi, the legacy of the Games goes beyond sports, driving development in all areas and bringing profound effects to socio-economic development.

China's goal of involving 300 million people in ice and snow activities had been achieved, with people's sense of contentment notably enhanced.

"A total of 346 million Chinese have participated in winter sports activities, and a series of varied mass ice and snow events have been held since preparation for the Beijing Olympic and Paralympic Winter Games started," he said.

The Games have also left a fruitful legacy, resulting in success for China's regional development, especially the coordinated development of the Beijing-Tianjin-Hebei region in terms of regional transportation and other services integration. 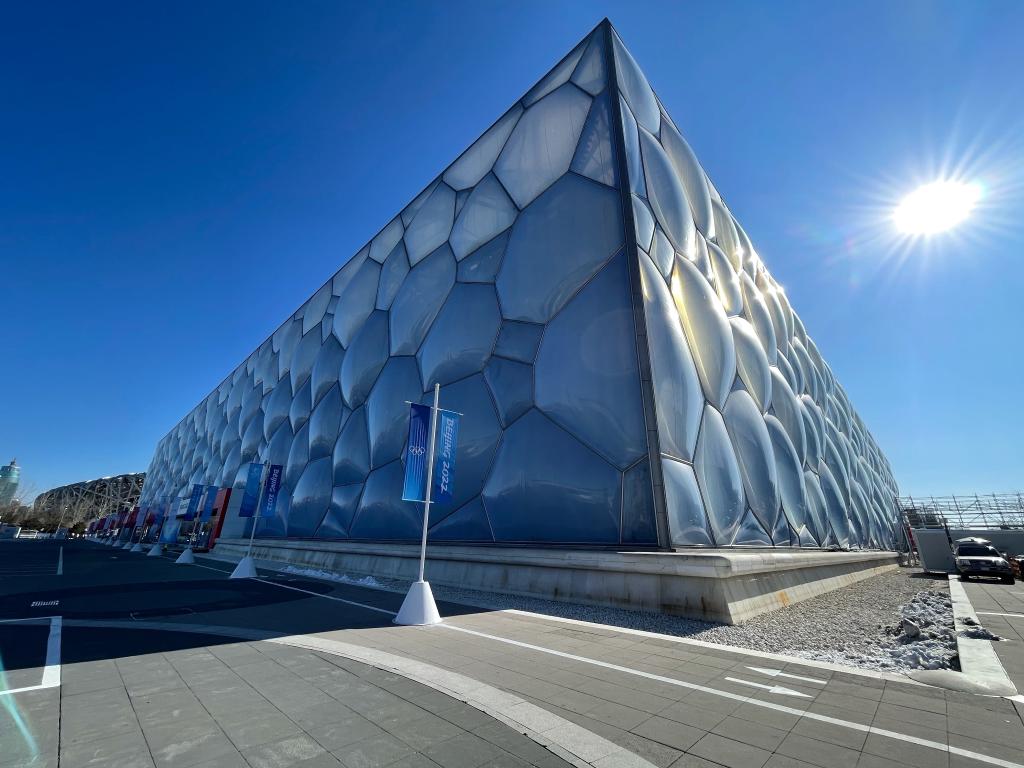 An exterior view of the National Aquatics Center in Beijing, China, January 27, 2022. /Xinhua

An exterior view of the National Aquatics Center in Beijing, China, January 27, 2022. /Xinhua

The Chinese president spoke highly of anti-epidemic measures taken during the Games, saying the country's COVID-19 containment policy provided a beneficial experience for global anti-pandemic efforts and the hosting of major international events.

Throughout the Games, only 0.45 percent of the personnel within the closed loop tested positive for the coronavirus, and all of them received effective treatment and good care.

No cluster infections or virus spillover occurred during that period.