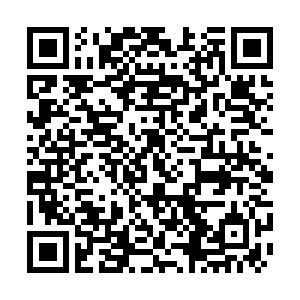 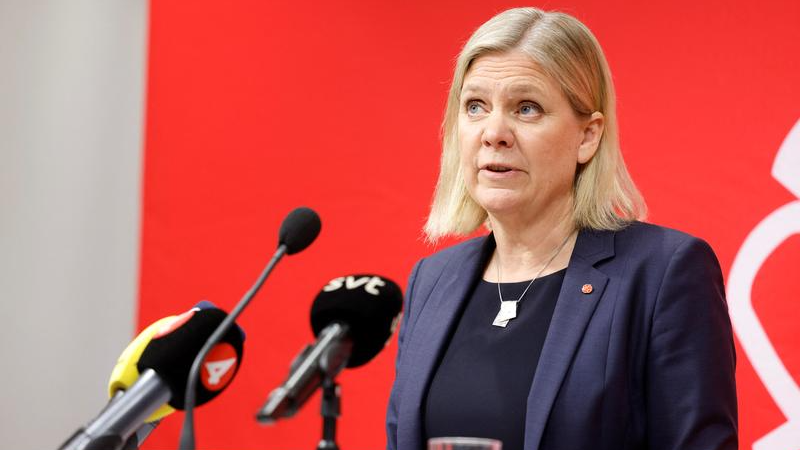 Sweden's Prime Minister Magdalena Andersson holds a news conference following a meeting at the ruling Social Democrats' headquarters on the party's decision on NATO membership, in Stockholm, Sweden, May 15, 2022. /Reuters

Sweden's Prime Minister Magdalena Andersson holds a news conference following a meeting at the ruling Social Democrats' headquarters on the party's decision on NATO membership, in Stockholm, Sweden, May 15, 2022. /Reuters

The Swedish government on Monday announced that it has officially decided to apply for membership of the North Atlantic Treaty Organization (NATO).

At 15:00 local time, Sweden's Prime Minister Magdalena Andersson told a press conference that the government will apply for membership of the military alliance after a parliamentary debate.

Andersson acknowledged that Sweden's decision to join NATO was closely tied to that of Finland, which announced its official bid on Sunday.

As the only country in the Baltic Sea region outside of NATO, Sweden would find itself "in a very vulnerable position," she told parliament, citing the risk of "Russia increasing the pressure on Sweden."

If Sweden doesn't join, and "Finland as a NATO member focuses more on its cooperation with NATO countries, Sweden's defense capability decreases at a time when it instead needs to be strengthened."

But if Sweden were to join, cooperation and defense capabilities around the Baltic Sea "would increase drastically."

"The best thing for our country's security is therefore for Sweden to apply for membership in NATO and to do it together with Finland," she said.

Though lawmakers did not vote on the issue, the Left Party and the Green Party were opposed the membership.

Meanwhile, in a joint statement, Norway, Denmark and Iceland said they stand ready to support NATO applicants Finland and Sweden.

Sweden has not fought a war for 200 years. Finland gained independence from Russia in 1917 and fought two wars against it during World War Two during which it lost territory.

The accession of Finland and Sweden into NATO would be one of the biggest strategic consequences of the ongoing military conflict in Ukraine to date.

Russia said on Monday that the West should have no illusions that Moscow will simply put up with the Nordic expansion of the U.S.-led NATO military alliance to include Sweden and Finland, casting the move as a mistake that would stoke military tension.

Russian President Vladimir Putin has repeatedly cited the post-Soviet enlargement of the NATO alliance eastwards towards Russia's borders as a reason for Russia's "special military operation" in Ukraine.

"They should have no illusions that we will simply put up with it - and nor should Brussels, Washington and other NATO capitals," Russian Deputy Foreign Minister Sergei Ryabkov was quoted as saying by the RIA news agency.

Ryabkov, who led talks with the United States on a doomed Russian proposal to halt NATO's eastward expansion, said the decisions by Helsinki and Stockholm to join the alliance were a mistake.

"The general level of military tension will rise, predictability in this sphere will decrease. It is a shame that common sense is being sacrificed to some phantom provision about what should be done in this unfolding situation," Ryabkov said.

Russia has given few clues about what it will do in response to the Nordic enlargement of NATO, saying merely that there would be a "military-technical response."

Kremlin spokesman Dmitry Peskov said such an enlargement of NATO would not strengthen the security of Europe.