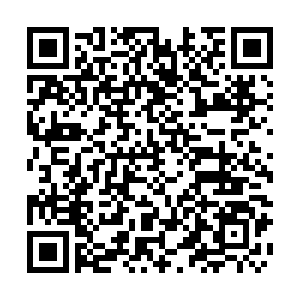 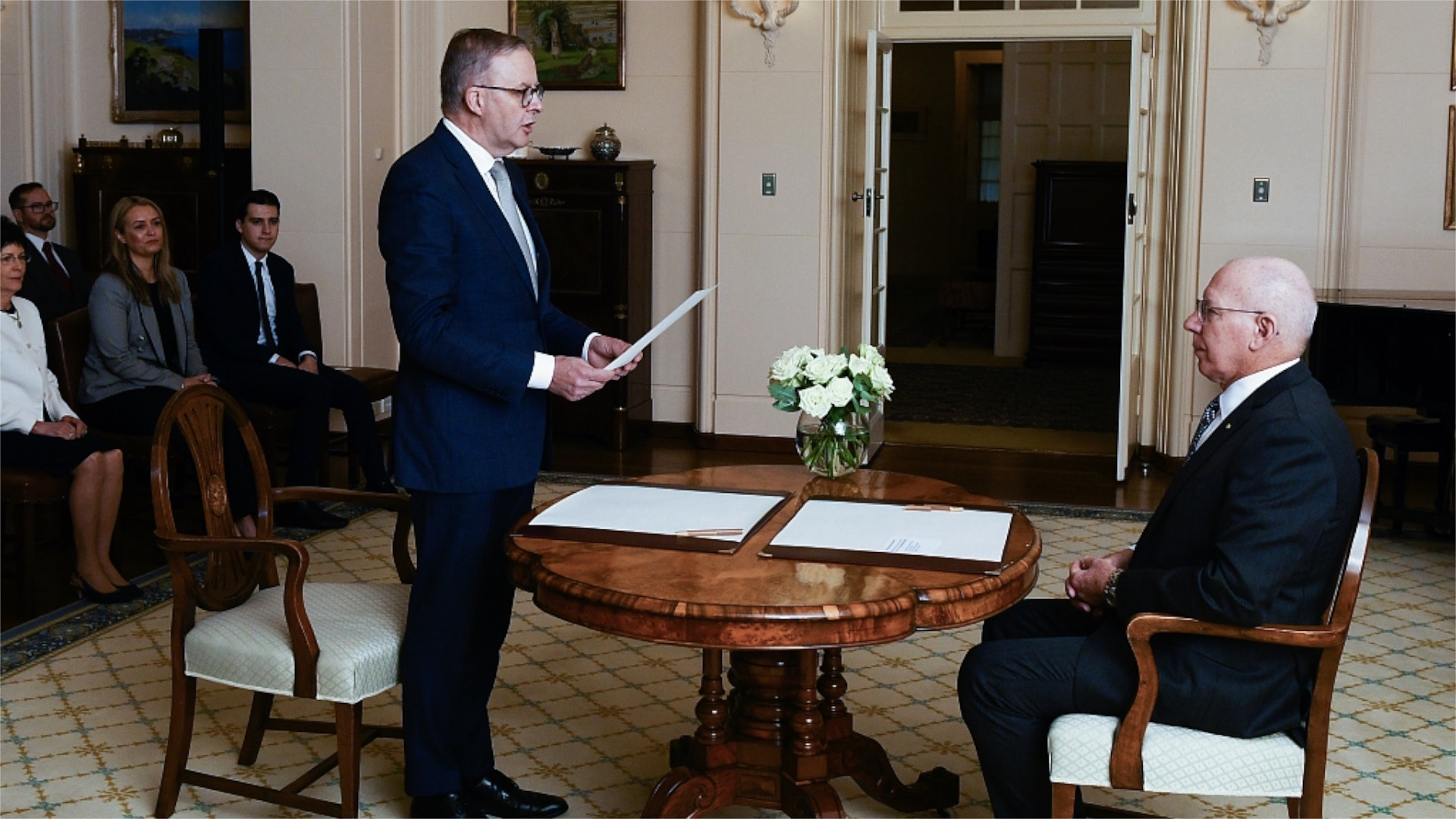 Australia's Labor Party leader Anthony Albanese was sworn in on Monday as the country's 31st prime minister at a ceremony in Canberra, succeeding Scott Morrison.

"It's a big day in my life but a big day for the country, when we change the government," Albanese told reporters outside his Sydney suburban home ahead of the ceremony.

"I want to channel the opportunity that we have to shape change so that we bring people with us on the journey of change. I want to bring the country together," he said.

He was sworn in by Governor-General David Hurley together with Richard Marles, Penny Wong, Jim Chalmers and Katy Gallagher. 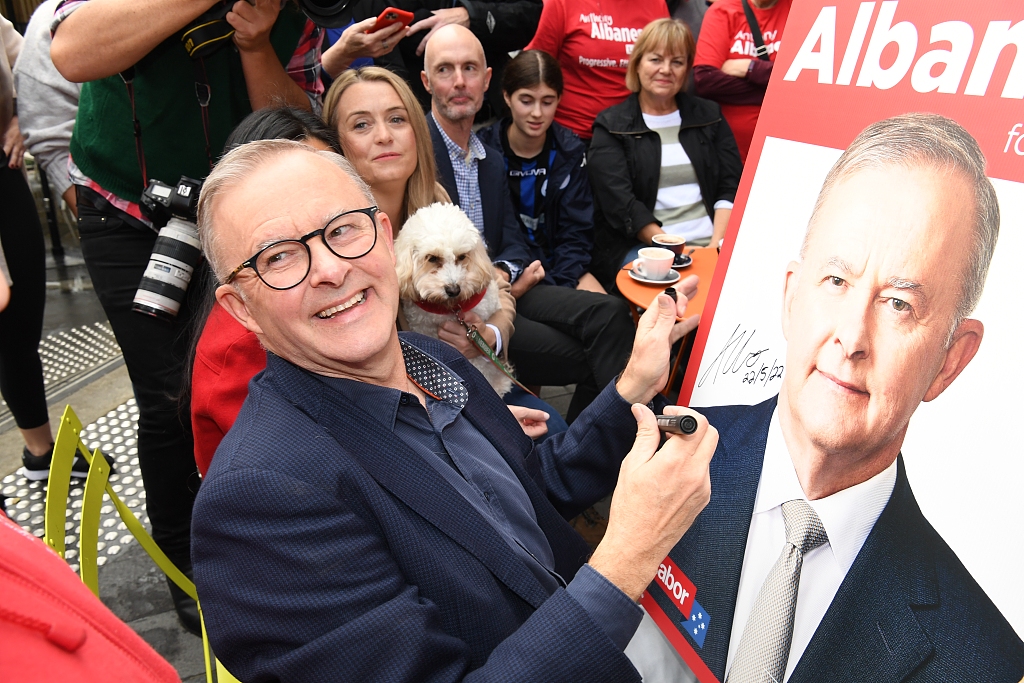 Anthony Albanese signs a poster of him for a boy as he shares a coffee near his home in Sydney, Australia, May 22, 2022. /CFP

Anthony Albanese signs a poster of him for a boy as he shares a coffee near his home in Sydney, Australia, May 22, 2022. /CFP

The swearing-in of Albanese and other ministers was arranged in an "interim" capacity to allow the new prime minister to attend a Quad meeting in Tokyo, according to the Australian Broadcasting Corporation (ABC).

"Obviously the Quad leaders' meeting is a priority for Australia and it enables us to send a message to the world that ... There is a change of government, there will be some changes in policy, particularly with regard to climate change and our engagement with the world on those issues," Albanese said on Sunday about the arrangement.

It is still unclear whether the Labor Party will win enough seats to govern in majority, or will need to rely on members of the crossbench. Labor currently has 72 lower house seats and needs four more to form a majority government. Twelve seats remain in doubt.

The same but different: Australia elects a new government

(Cover: Anthony Albanese (L) is sworn in as Australia's prime minister by Governor-General David Hurley during a ceremony at Government House in Canberra, Australia, May 23, 2022. /CFP)