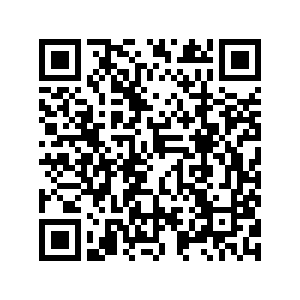 The following is the full text of the joint statement:

1. At the invitation of Chinese State Councilor and Foreign Minister Wang Yi, Bilawal Bhutto Zardari visited Guangzhou, China, on  May 21-22, 2022 for his first official bilateral visit after taking office as Foreign Minister of Pakistan. The visit coincided with the 71st anniversary of the establishment of diplomatic ties between China and Pakistan. 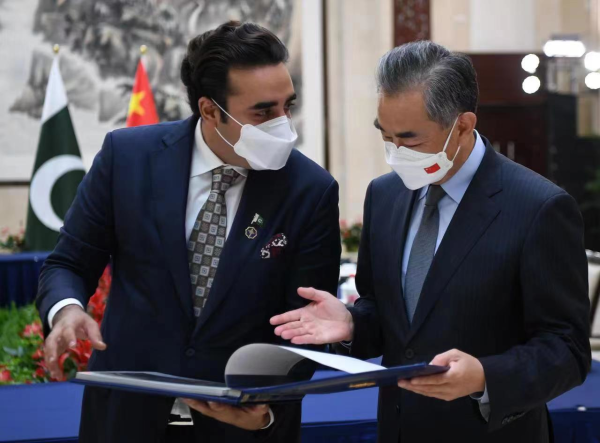 2. During the visit, State Councilor and Foreign Minister Wang Yi and Foreign Minister Bilawal Bhutto Zardari held in-depth discussions on the entire gamut of bilateral relations, as well as regional and international issues of shared interest. The talks were conducted in a warm and friendly atmosphere, in line with the finest tradition of mutual trust and cooperation between the two countries.

3. The two sides agreed that amid profound regional and international changes, the importance of China-Pakistan strategic relations has assumed even greater significance. As all-weather strategic cooperative partners, China and Pakistan share ironclad mutual trust and friendship, which is a source of peace, stability and prosperity for the region and beyond. Both sides reaffirmed their strong support for each other's core interests and major concerns and commitment to deepening strategic communication, including at the highest political level and practical cooperation, and building an even stronger China-Pakistan Community with a shared future in the new era.

4. The two sides noted with satisfaction the steady growth of economic cooperation between China and Pakistan. In this context, they agreed that the China-Pakistan Economic Corridor (CPEC) has effectively improved Pakistan's infrastructure and boosted its socioeconomic development. Both sides expressed firm resolve to synergizing development strategies, pushing forward all CPEC projects in a safe, smooth and high-quality manner, promoting cooperation in areas such as economy and trade, investment, industry, agriculture, health and science and technology, contributing to the peoples' well-being and delivering greater benefits to local communities.

5. Noting with satisfaction the record bilateral trade achieved last year, the two sides agreed to work together to make optimum use of phase II of the China–Pakistan Free Trade Agreement (CPFTA) and work together to diversify their trade ties with deepening cooperation in export-oriented sectors in Pakistan and integrating value chains of the two countries. Both sides also agreed on stronger collaboration in the service sector and skill development in the areas of tourism, education, finance and information technology.

7. The two sides termed terrorism as the common enemy of humanity. They once again strongly condemned the Karachi University Confucius Institute terrorist attack. Pakistan reiterated that efforts will be made to speed up the investigation, hunt down the culprits, and bring them to justice. Pakistan briefed the Chinese side on its efforts to ensure the safety of all Chinese nationals, projects, and institutions in the country. China appreciated Pakistan's commitment to the safety and security of Chinese nationals. Pakistan and China will further enhance counter-terrorism and security cooperation. The two sides called on the regional countries and the international community to form synergy and fight terrorism in all its forms and manifestations. The two sides expressed their determination not to allow anyone to damage the China-Pakistan iron brotherhood.

8. In the face of multiple traditional and non-traditional global challenges, the two sides agreed on the need for international cooperation and solidarity. They noted that, based on the principles of win-win cooperation and shared benefits, Belt and Road cooperation has become an open and inclusive platform for international cooperation and is widely welcomed as a global public good. The China-proposed Global Development Initiative (GDI) and Global Security Initiative (GSI) are new initiatives to respond to the pressing challenges facing humanity. Both countries stand ready to work with other countries to focus on the development agenda, tackle security challenges, implement the UN 2030 Agenda for Sustainable Development, and jointly build a community with a shared future for mankind.

9. The two sides discussed the Ukraine situation, noting the necessity of being alert to the negative spillovers of the Ukraine crisis, in particular preventing its impact on developing countries, and called on relevant parties involved in the conflict to resolve differences and disputes through diplomacy and dialogue.

11. The two sides underscored that Asia, with its rich history, civilizational heritage and growing economic potential, is playing a leading role in peace, prosperity and economic development in the region and beyond. The two sides hoped that in the pursuance of these cherished goals, the regional countries would uphold the Asian values of mutual respect, equality and win-win cooperation and build an open and inclusive regional architecture, safeguard peace and stability in the region, and advance common development and prosperity.

12. Both sides reiterated that a peaceful and prosperous South Asia is in the common interest of all parties. Given the challenges faced by the peoples of the region due to the global pandemic, soaring commodity prices, climate change and poverty, it is critical to resolve all outstanding disputes to promote regional cooperation and advance the goals of lasting peace, stability and shared prosperity. Foreign Minister Bilawal Bhutto Zardari briefed the Chinese side about the latest developments in Jammu and Kashmir. The two sides underlined the importance of the peaceful resolution of the dispute based on the UN Charter, relevant security council resolutions and bilateral agreements.

13. The two sides discussed the latest developments in Afghanistan and agreed that peace and stability in Afghanistan are vital for regional development and prosperity. The two sides also called upon the Afghan interim government to develop a broad-based and inclusive political structure, adopt moderate and sound internal and external policies, protect the rights of women and children, and ensure that the Afghan soil is not used against any of its neighbors. Both sides called on the international community to help avert a humanitarian crisis and earnestly honor the pledges to aid Afghanistan's economic reconstruction and future development. Both sides support the continued contribution of the mechanism of coordination and cooperation among Afghanistan's neighboring countries and expressed readiness to work with all parties to implement the Tunxi Initiative of the Neighboring Countries of Afghanistan on Supporting Economic Reconstruction in and Practical Cooperation with Afghanistan and provide all possible support for the reconstruction and development of Afghanistan. The two sides also reiterated their readiness to extend CPEC to Afghanistan in consultation with the Afghan interim government and for the mutual benefit of all parties.

14. Foreign Minister Bilawal Bhutto Zardari thanked State Councilor and Foreign Minister Wang Yi for the safe and secure phased return of Pakistani students to China. The two sides also decided to resume direct flights between the two countries carried out by Pakistan airlines at the earliest and subsequently increase direct flights based on the evolving pandemic situation.

15. Foreign Minister Bilawal Bhutto Zardari thanked State Councilor and Foreign Minister Wang Yi for the hospitality extended to him and his delegation in the finest Chinese tradition of hospitality. Wang Yi accepted his invitation to visit Pakistan for Pakistan-China Strategic Dialogue.

Wang Yi: U.S. Indo-Pacific strategy is bound to be a failed one

Pakistani FM: Any attack on China is an attack on Pakistan