Download
One year after U.S. pullout: changes in Afghanistan and American sins
CGTN 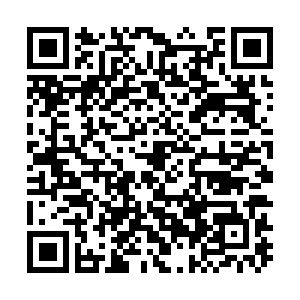 A military transport plane takes off while Afghans who cannot get into the airport to evacuate, watch and wonder while stranded outside, in Kabul, Afghanistan, August 23, 2021. /CFP

A military transport plane takes off while Afghans who cannot get into the airport to evacuate, watch and wonder while stranded outside, in Kabul, Afghanistan, August 23, 2021. /CFP

August 31, 2022, marks the one year anniversary of America's complete withdrawal from Afghanistan. Abdul Hadi Hamden, who was at the gates of Kabul airport in charge of Taliban fighters, told CGTN recently that he remembered the day as their historic day.

He is now the Taliban's Minister of Aviation, overseeing the roughly 25 daily flights that carry people in and out of Afghanistan. A year after U.S. forces ruined almost all equipment inside Kabul airport, operations at the facility have returned to normal, with domestic and international flights continuing service.

While Afghans like Hamden celebrate the U.S. pullout as it allowed the Taliban's return to power, others are reminded of the tragic moments they experienced during the chaotic withdrawal.

"My heart is crying now," Zabiullah Hotak told CGTN in an interview aired this week, brother of one of those having made the fatal decision to cling to a U.S. military plane leaving Afghanistan.

Hotak said his deceased brother might have worked for the American forces and was afraid of being revenged by the Taliban.

But having been abandoned by the Americans, Hotak's brother clang onto the last hope of leaving his country, and met his tragic death. The death certificate simply reads: "falling from plane." 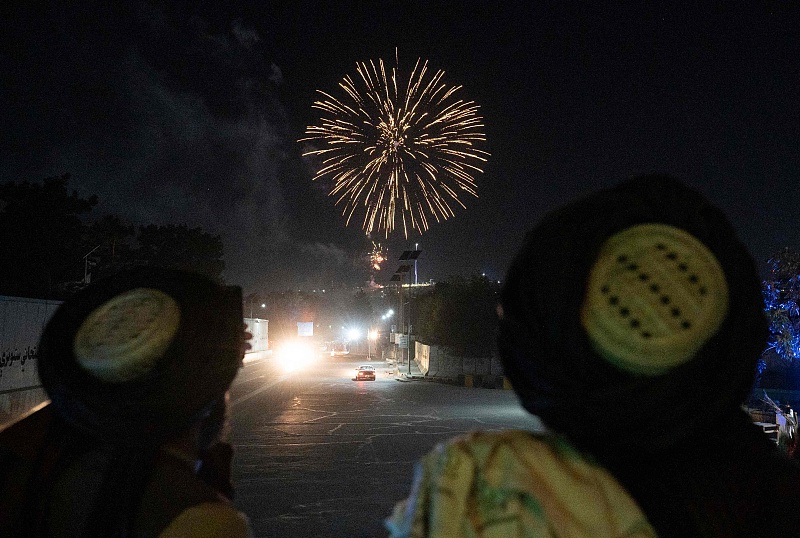 Taliban fighters set off fireworks in the skies of Kabul as they celebrate the first anniversary of U.S. troops withdrawal from Afghanistan, near the former U.S. embassy in Kabul, August 30, 2022. /CFP

Taliban fighters set off fireworks in the skies of Kabul as they celebrate the first anniversary of U.S. troops withdrawal from Afghanistan, near the former U.S. embassy in Kabul, August 30, 2022. /CFP

Think of Afghanistan as a play. The set hasn't changed, but the cast of characters and wardrobe are dramatically different from just one year ago. With rifles slung over a shoulder, the Taliban patrol the streets and run the nation. Western clothes are mostly eliminated. For men, chiefly Kandahari hats and traditional clothes have replaced blazers and jeans. And for women, the Taliban are mandating that they be covered from head to toe.

Afghanistan in the past year is considered to have made little progress in its recovery from war, but the Taliban are believed to have provided more security.

The number of casualties in Afghanistan dropped significantly after the U.S. withdrawal, and people are now less scared that they might not return after leaving home, He Wenping, a research fellow at the Institute of West Asian and African studies at the Chinese Academy of social sciences, told CGTN in an interview aired Wednesday. 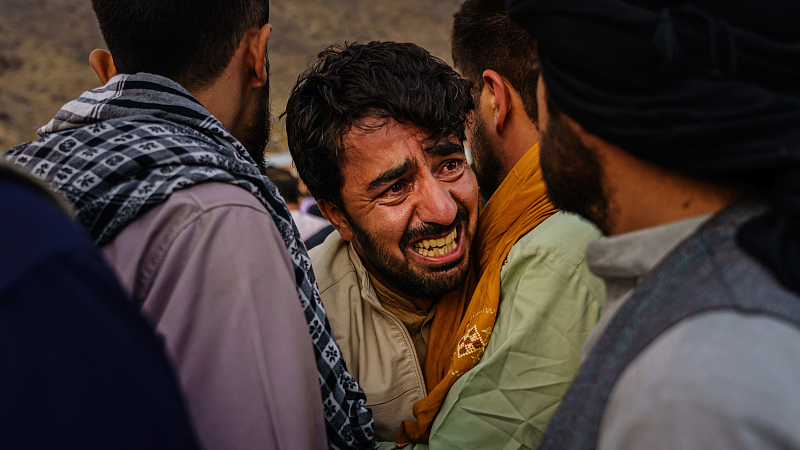 A man grieves during a mass funeral for members of a family killed in a U.S. drone airstrike, in Kabul, Afghanistan, August 30, 2021. /CFP

A man grieves during a mass funeral for members of a family killed in a U.S. drone airstrike, in Kabul, Afghanistan, August 30, 2021. /CFP

The U.S. war against Afghanistan was "definitely a failure," Lailuma Nasiri told CGTN in an interview aired on Wednesday, co-founder and president of Afghanistan Justice Organization.

The U.S. did not achieve its goal of rooting out terrorism, she said, adding that there still are terrorist groups in the country.

When the Americans were in Afghanistan, they supported the Afghan people, having poured millions of dollars on development projects, but because of the war, none of those projects were "effective as much as it should have been," said Nasiri.

America's 20-year stay in Afghanistan cost itself $2.3 trillion, according to data from Brown University's Costs of War Project, but poverty is nonetheless on the rise in the war-battered nation, with the United Nations warning that 6 million are at risk of famine.

"The U.S. considers itself the policeman of the world," said Einar Tangen, a political and economic affairs commentator, in an interview with CGTN aired on Wednesday. "Even though they were going in after one man, once they were there, they decided to do nation building."

"But the problem is, you cannot take your ideas and impose them on another country. It just hasn't worked," he said.

After freezing $7 billion worth of assets belonging to the Afghan central bank, U.S. President Joe Biden in February signed an executive order setting aside half the frozen assets to compensate the families of the victims of September 11 and transfer the remaining $3.5 billion to the Federal Reserve Bank of New York to establish a so-called trust fund for humanitarian aid for the Afghan people.

"It wasn't Afghanistan who was at fault there... This is a nonsensical way of trying to divert attention from a massive failure politically, economically and security-wise," Tangen said.

Chart of the Day: Casualties and refugee numbers from the U.S.-led war in Afghanistan