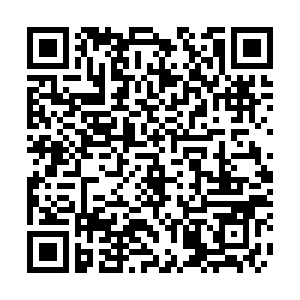 From south to north, China has seven major rivers, vertically and horizontally: the Songhua, Liaohe, Haihe, Yellow, Huaihe, Yangtze and Pearl rivers. They can be categorized as exterior and interior systems. The drainage area for the exterior rivers that empty into the oceans accounts for over 60 percent of the country's total land area. 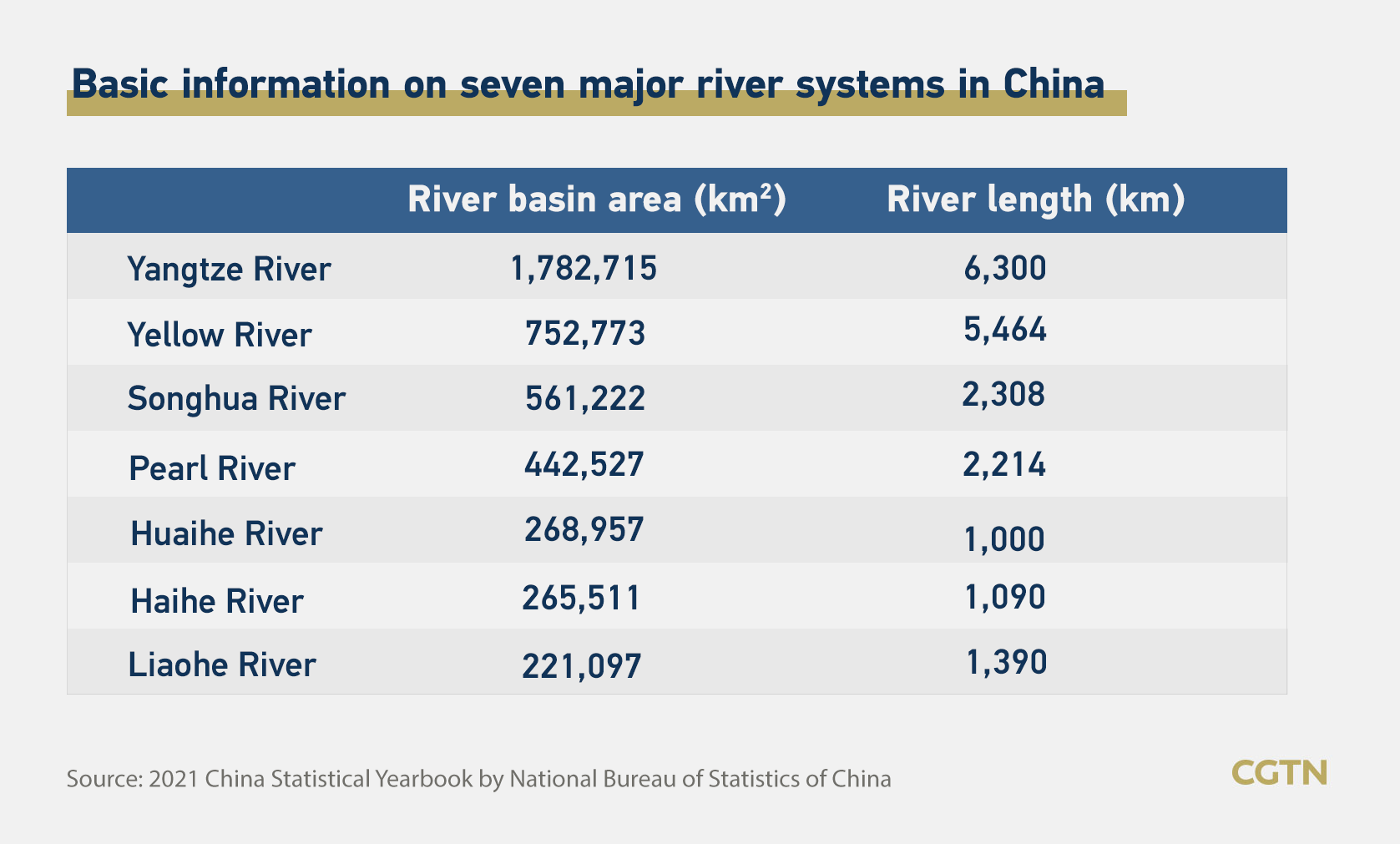 Facts behind the seven major rivers

Revered as the "mother river" of the Chinese nation, the Yangtze is the country's longest river, at 6,300 kilometers. The main stream of the Yangtze River flows through 11 provinces, autonomous regions and municipalities, with a basin area of nearly 1.8 million square kilometers. Among the world's rivers, the Yangtze ranks third after the Nile in Africa and the Amazon in South America.

The Yellow River is the second longest river in China and the world's sixth-longest, with a length of about 5,464 kilometers, flowing through nine provinces and autonomous regions in China. 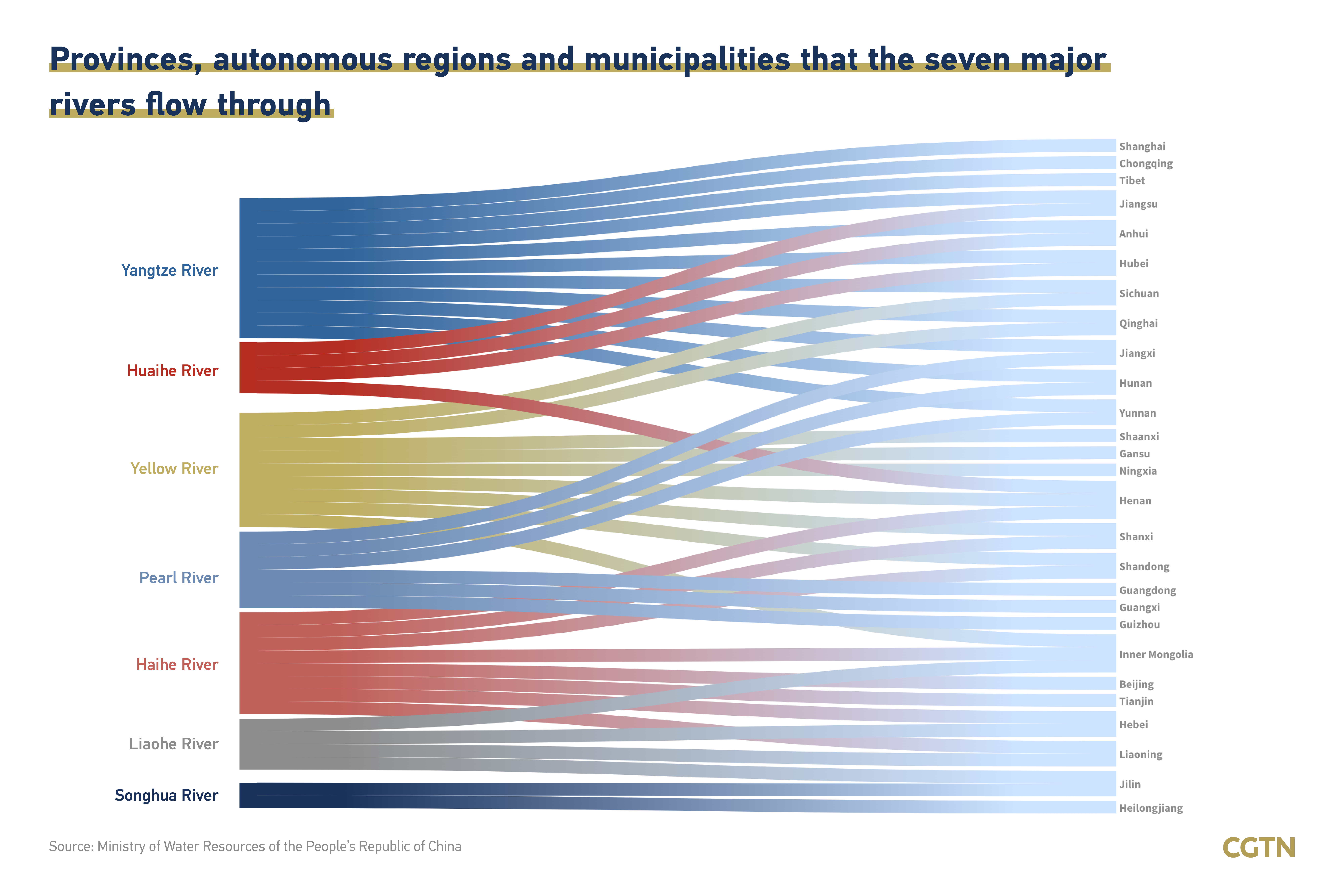 The Huaihe River, located between the Yangtze and Yellow rivers, flows through central China and has a total length of around 1,000 kilometers. The Haihe River has the largest river system in northern China, covering eight provinces, autonomous regions and municipalities. The Liaohe River, located in northeastern China, has a total length of 1,390 kilometers, spanning four provinces and autonomous regions.

The Yangtze River plays a central role in Chinese agriculture, industry and transportation. It is the country's primary waterway, and 36 percent of China's population lives in its basin. In 2021, the gross domestic product (GDP) generated in the Yangtze River Basin approached 44.3 trillion yuan ($6.9 trillion), accounting for 39 percent of the country's GDP, according to the National Bureau of Statistics of China.

The Yellow River Basin is also a key agricultural and industrial region, accounting for 30 percent of China's population and generating 25 percent of the country's GDP in 2021. 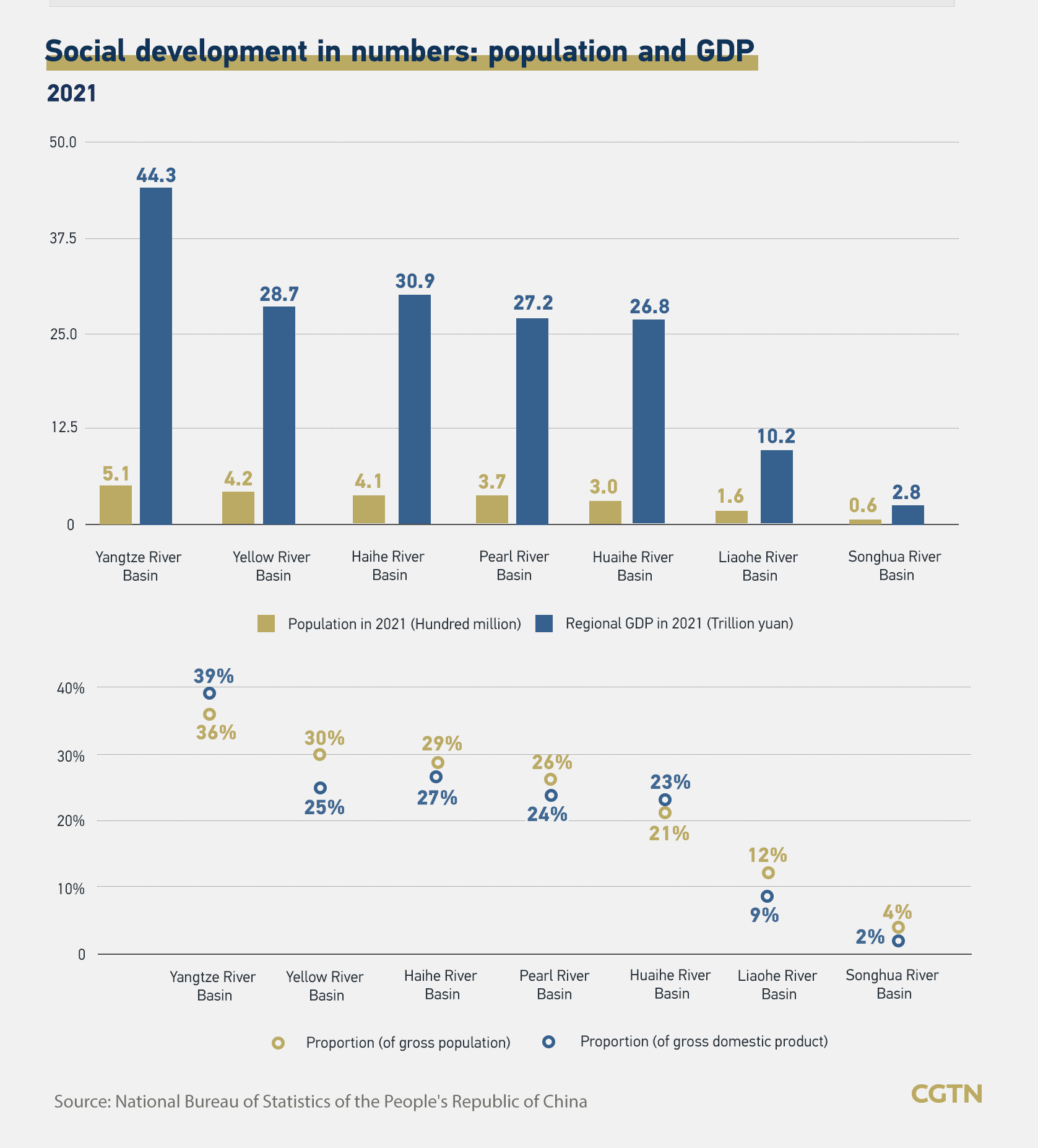 People living in the Haihe River Basin accounted for 29 percent of China's population and created 27 percent of the country's GDP in 2021. The Pearl River is an extensive river in southern China. More than one-quarter of the Chinese people live in the Pearl River Basin. 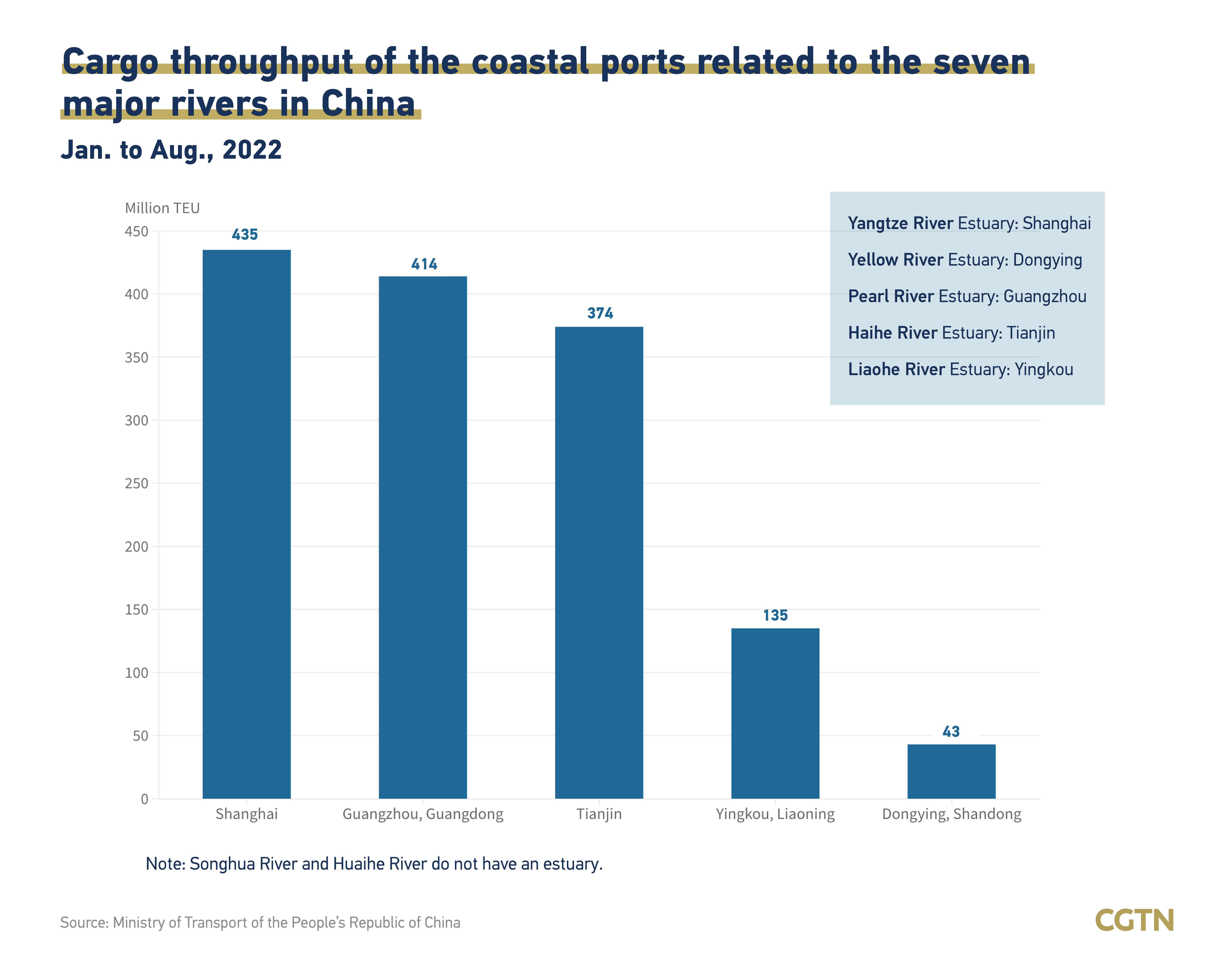 The Great Rivers of China: The Yangtze River

The Great Rivers of China: The Yellow River

The Great Rivers of China: The Liaohe River