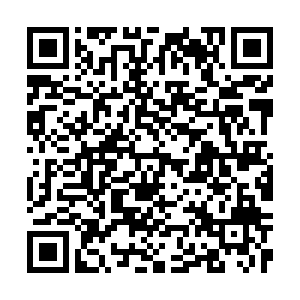 Named "China on a new journey", a global poll launched by CGTN Think Tank and the Chinese Institute of Public Opinion of Renmin University of China, shows global youths polled spoke highly of China's development over the past decade, and admired the concept of advancing the rejuvenation of the Chinese nation on all fronts through a Chinese path to modernization, proposed at the 20th National Congress of the Communist Party of China (CPC).

According to the poll, 84.7 percent of respondents hold the belief that the development path of a country should be in accordance with its own national conditions, adding that there is no sole authority or universal standard regarding modernization.

More than 80 percent of them agreed the development approach of "people-centered" proposed by the CPC, and admired that the Chinese modernization is the one with common prosperity for all people.

Besides, 78.9 percent of the respondents recognized the achievements China has made in economic development in the past decade, while 83.1 percent think China made tremendous progress in technology and science.

Among them, the percentage of respondents who think China's international status is rising occupies 74.1 percent. And 79.1 percent believe the CPC is trustworthy for Chinese people.

Amid the complex international situation with constant geopolitical conflicts and deteriorated environment of global security development, the world looks forward to hearing China's proposition and wisdom.

The report to the 20th CPC National Congress says China will actively promote to build a human community with a shared future, a vision which has received high recognition among respondents from developing and developed countries, with 84.2 percent and 79.5 percent.

In addition, 84.2 percent praised the stand of "firmly opposing hegemonism and power politics in any form" from the report to the 20th CPC National Congress.

In the face of the rising uncertainty of global development and recession of global economy, global youths who were interviewed still remain optimistic to the continuing growth of China's economy and rising influence of Chinese culture, which occupies 71.1 percent and 68 percent.

79.3 percent looked forward to seeing China's development in science and technology over the next five years.