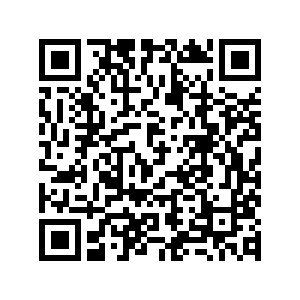 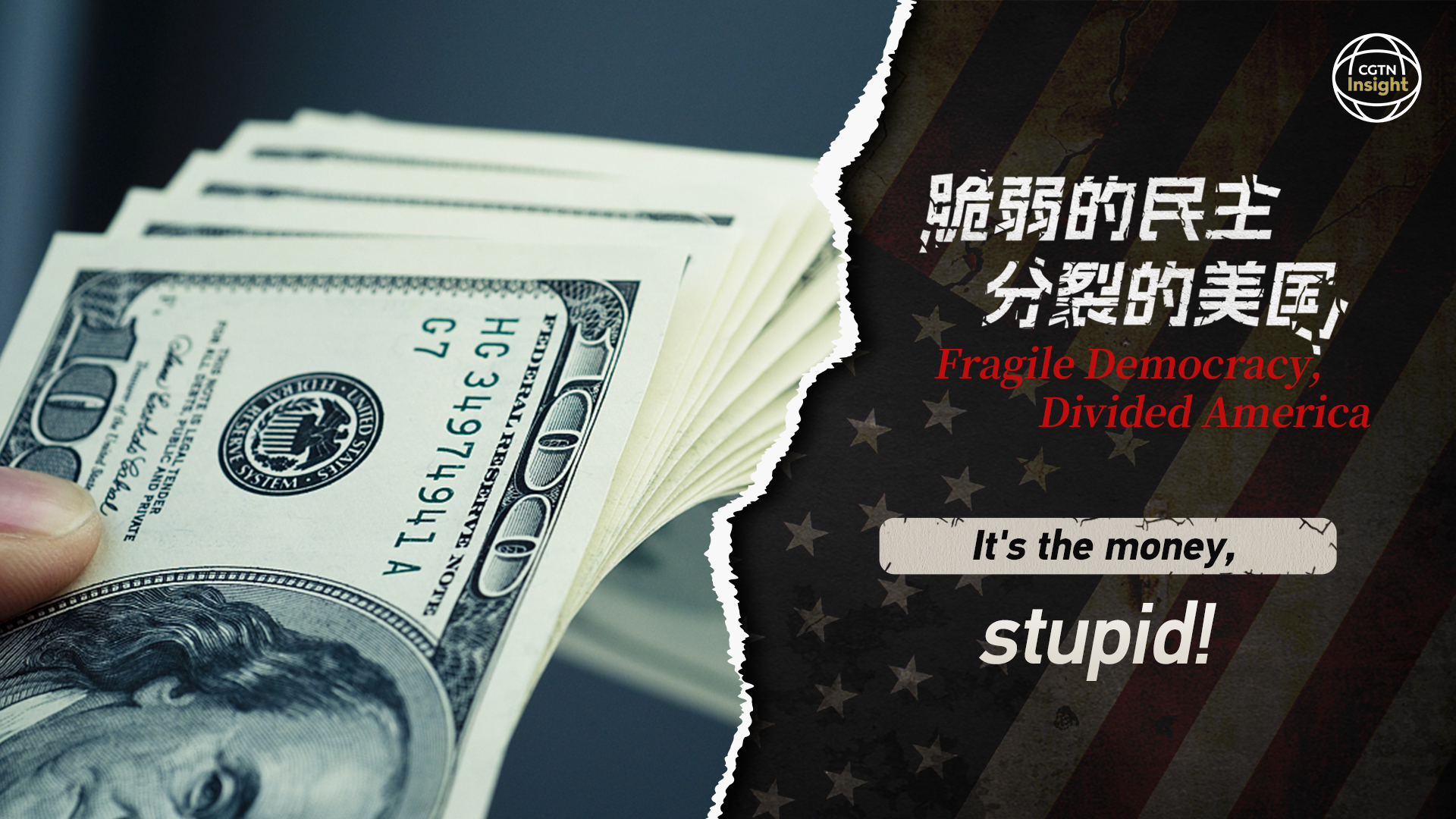 Editor's note: The United States has for long championed the cause of democracy; however, the ground reality reveals an ugly undemocratic side that is widely prevalent across the U.S. CGTN's five-episode documentary series "Fragile Democracy, Divided America" showcases the deep political, social, economic, and cultural divisions in a country that is arguably the world's oldest democracy. The series illustrates the contradictions of the U.S.'s self-proclaimed mission of promoting the "American model of democracy" globally with how an exalted political idea has been subverted in practice and backfired at home. The third episode focuses on the role money plays in American democracy.

U.S. President Joe Biden said, "Donald Trump and the MAGA Republicans represent an extremism that threatens the very foundations of our republic."

Former U.S. President Donald Trump said, "Joe Biden came to Philadelphia, Pennsylvania, to give the most vicious, hateful and divisive speech ever delivered by an American president."

America is splintering. The world's so-called "oldest independent constitutional democracy" is in peril.

A recent poll by The New York Times and Siena College found that "a majority of American voters across nearly all demographics and ideologies believe their system of government does not work, with 58 percent of those interviewed saying that the world's oldest independent constitutional democracy needs major reforms or a complete overhaul."

What has convinced the American public that its democracy is threatened?

Money can buy anything and everything

According to OpenSecrets, House and Senate candidates have raised $1.7 billion and $1.4 billion, respectively, during the 2022 election cycle.

Spending on the 2020 presidential election totaled $14.4 billion, more than double the record-breaking 2016 cycle.

"These big corporate interests in control of the political system in the United States want candidates, want politicians who will continue to serve these interests, so that's why lobbying continues to go up. That's why it has become so important for politicians, no matter which party it is – Democratic Party or Republican Party – to take part in the lobbying process. If you do not, you tend to lose elections."

In an interview with PBS Frontline, Fred Wertheimer, president of the U.S. non-profit Democracy 21, stated that "Congress is a broken system. It is increasingly a system of corruption in which money politics is defeating and driving out citizen politics. Corruption, special favors, dishonesty and deception corrode the very process of freedom and alienate citizens from their country."

According to The Times, Leo has used his connections with Republican donors and politicians to help engineer conservative dominance of the Supreme Court and to finance battles over abortion rights, voting rules and climate change policy.

"Money is actually what checks all of the branches. In reality, these branches, they do have interactions. In theory, they're supposed to even out the power structure. But money has really been a key force in dictating how all of these branches implement (form) a policy," said Haiphong.

In American politics, money can buy anything and everything, including legislation and election outcomes.

According to SLATE, this ruling implies that "the ultraconservative majority would let Republican legislators eliminate as many majority-Black congressional districts as they pleased, maximizing the number of safe GOP seats in the midterms."

If money helped the GOP to shape the most conservative SCOTUS in American history, then surely it can help it take the House.

By placing money at the core of U.S. democracy, America's election system and people's belief in it seem to erode.

The fading promise of American democracy

Another NYT/Siena poll found that "voters overwhelmingly believe American democracy is under threat, but seem remarkably apathetic about that danger, with few calling it the nation's most pressing problem."

Haiphong said, "And so I think the apathy comes from the fact that their agency (and) their ability to express political power have absolutely no place in that conversation. And so, with that comes more and more nihilism and even further alienation from the political realities that are unfolding before them."

According to a study by political scientists Martin Gilens of Princeton and Benjamin Page of Northwestern, average citizens in the majority on any issue in this democracy are not more likely to get what they want, but when the economic elites and interest groups want a policy change, it comes to pass more often than not.

As they put it, "Economic elites and organized interest groups play a substantial part in affecting public policy, but the general public has little or no independent influence."

Now, political partisanship is gradually taking people's vote right away from them.

The same poll suggested that 28 percent of all voters, including 41 percent of Republicans, said they had little to no faith in the accuracy of this year's midterms due to their doubts about the 2020 general election.

Whether the 2020 presidential election was stolen or not, one thing is certain: Trump has convinced his flock that the electoral system is irretrievably corrupt, so they intend to overhaul the system by redefining both who can vote and who will count those votes.

Haiphong said, "But what's ironic about all of this now is that the political system in the United States has lost so much legitimacy with the general population that you have figures like Donald Trump kind of stoke this anti-electoral sentiment, this idea that votes are being stolen from the GOP primarily and only. And that has, I think, taken advantage and exploited the fact that you have really low trust in the government at large among the general population, and this includes in the voting system. The biggest population in the United States isn't the voting population, (but) is non-voting population."

In the U.S., public opinion is silenced, and the democracy promise by U.S. founding fathers is broken. But the heart of the U.S. democracy is still beating, namely big corporations. As they are America's beating heart, money is the political blood that makes it beat.

As former President Jimmy Carter put it, "Now it is just an oligarchy with unlimited political bribery being the essence of getting the nomination for president or elected president."