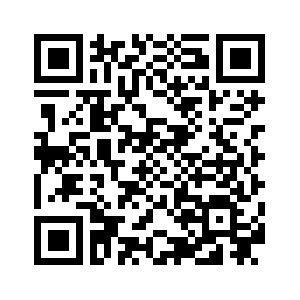 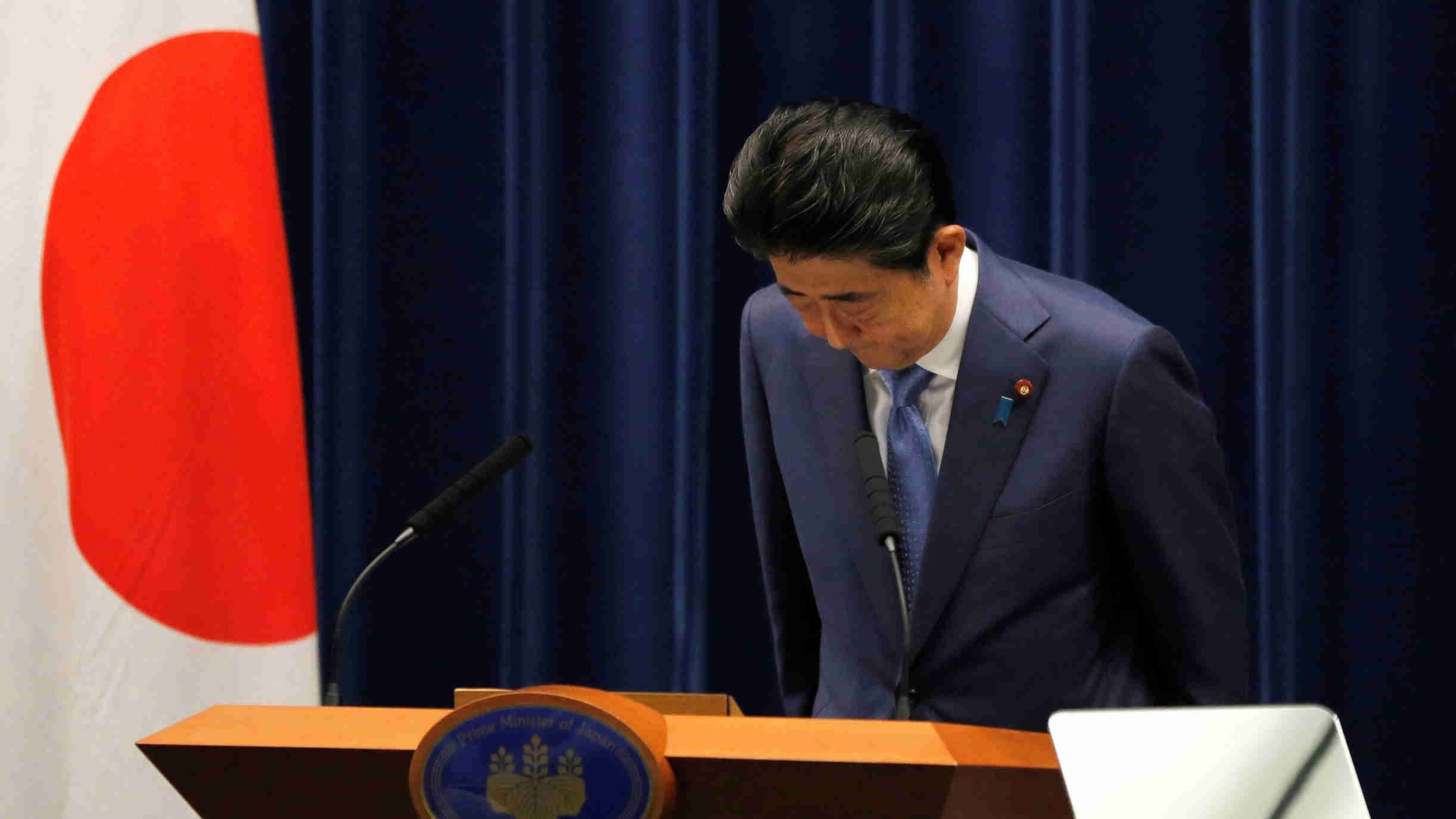 Japanese Prime Minister Shinzo Abe on Monday took the blame for the recent plunge in his cabinet's popularity, pledging that he would "sincerely fulfill" his responsibility to explain himself regarding a cronyism scandal.
"I feel very sorry that a large amount of time was spent debating issues unrelated to actual policy during this year’s ordinary Diet session, and that I, myself, sometimes became emotional in responding to questions that I felt were meant to sway public opinion against me,” said Abe at a press briefing in Tokyo to mark the end of the Diet session. 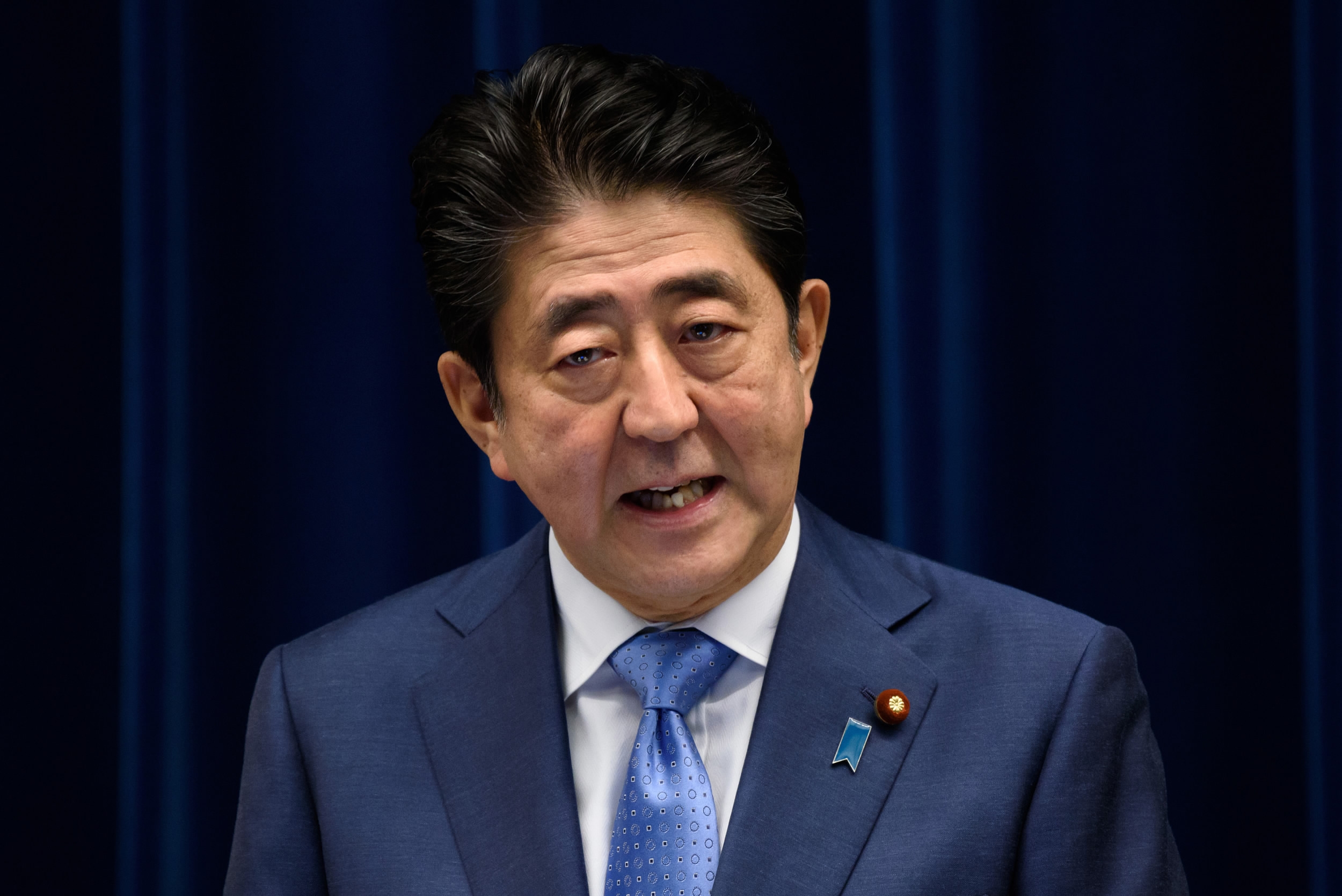 Abe struck a humble tone, adding that "the public deserves an apology."
His remarks came after support for his cabinet slumped more than 10 points to 44.9 percent in a public opinion poll published on Sunday, amid opposition party suspicions he used his influence unfairly to help a friend set up a business.
Abe has repeatedly denied abusing his authority to benefit his friend. His grip on power is not in danger, given his ruling coalition's huge majority in parliament, but the affair looks unlikely to fade away.
The education ministry unearthed documents last week pointing to his office’s possible involvement in favors given to a close friend who was opening a veterinary college in a special economic zone. The ministry had earlier said it could not find the documents but reopened the probe under public pressure. 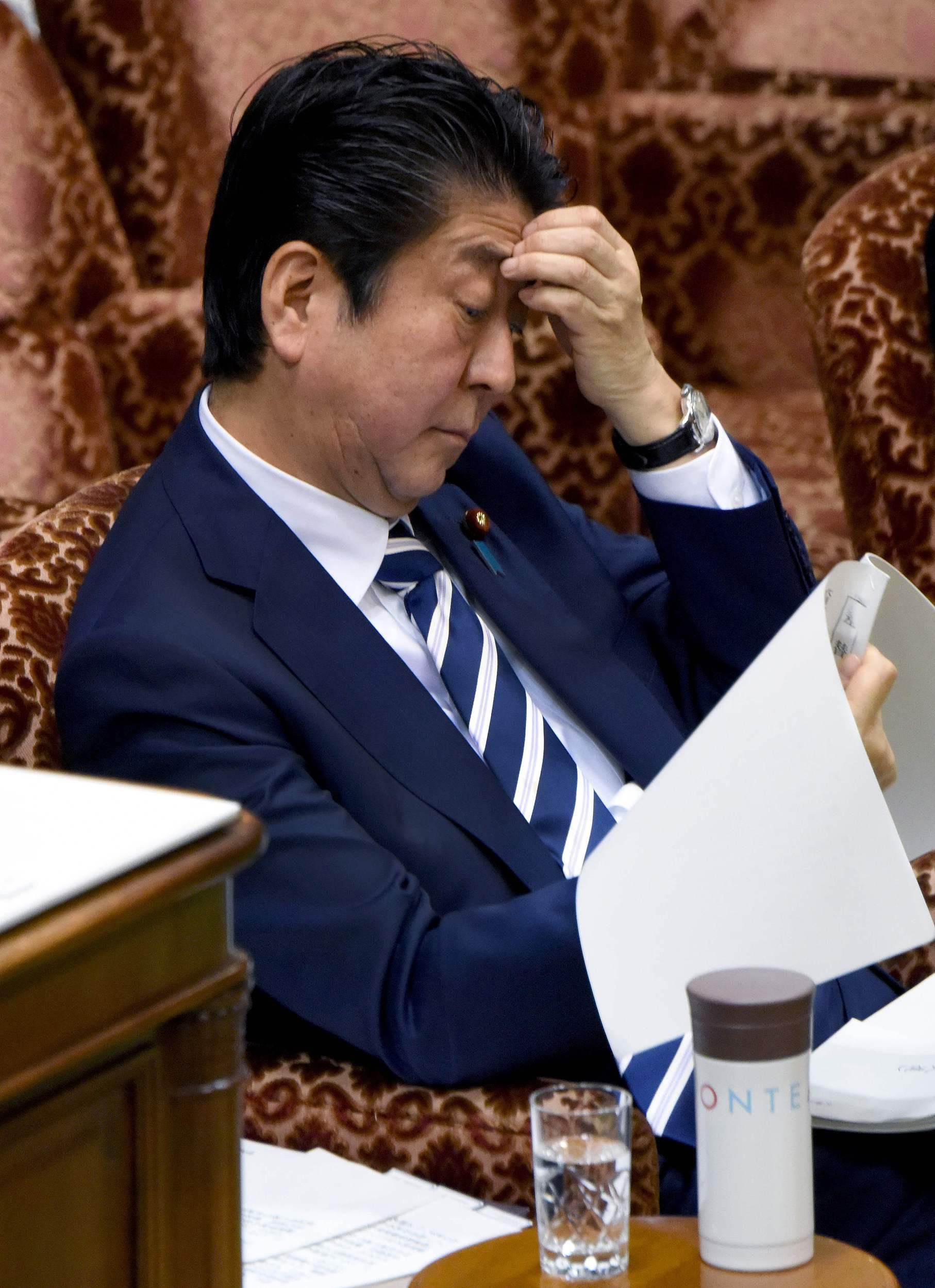 Japanese Prime Minister Shinzo Abe reads papers during the budget committee of the upper house of parliament in Tokyo on June 16, 2017. /VCG Photo‍

Japanese Prime Minister Shinzo Abe reads papers during the budget committee of the upper house of parliament in Tokyo on June 16, 2017. /VCG Photo‍

Abe's friend is reportedly Kotaro Kake, director of the Kake Educational Institution, who wanted to open a veterinary department. The government has not approved new veterinary schools for decades because of concern about a glut of veterinarians.
Last week, Abe's coalition also pushed through the conspiracy bill that expands government surveillance powers, sparking criticism that his party took a legislative shortcut to avoid further questions over the school scandal.
This is the second time Abe has faced accusations over links to an educational institution this year. In both cases, he has denied any wrongdoing.
Meanwhile, media reported that Abe intends to reshuffle his cabinet in the coming months in an apparent attempt at an image makeover.
While the scandal has hurt Abe, he doesn’t appear to be at risk of resigning. Still, his biggest challenge may come from his own camp as rivals prepare for a party leadership election in autumn 2018.
(Source: Reuters)
Related stories:
Japanese PM Abe involved in another school scandal
Abe land scandal: Japanese PM rejects calls for wife to testify
2104km