Japanese Prime Minister Shinzo Abe's support slid 10 points to 26 percent in a poll published on Sunday, a day before Abe will be grilled in parliament over a suspected scandal that is cutting his ratings to the lowest since taking office in 2012.

The July 22-23 Mainichi newspaper poll also showed that 56 percent of respondents did not back Abe's government, a 12 point rise from a previous survey in June. 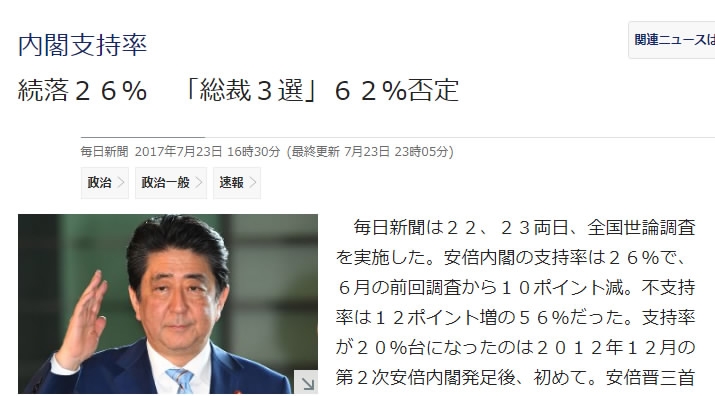 The precipitous drop in support does not immediately threaten Abe's job, but clouds the outlook for the premier. Abe was until recently seen as on track to become Japan's longest-serving prime minister by winning a third three-year term when his current tenure ends in September 2018.

Abe and his aides have repeatedly denied intervening to help Kake Gakuen (Kake Educational Institution) win approval for a veterinary school in a special economic zone. Its director, Kotaro Kake, is a friend of Abe.

Defense Minister Tomomi Inada, an Abe protege, meanwhile faces calls to resign over media reports, which she has denied, of direct involvement in a ministry cover-up of documents about a sensitive peacekeeping operation. 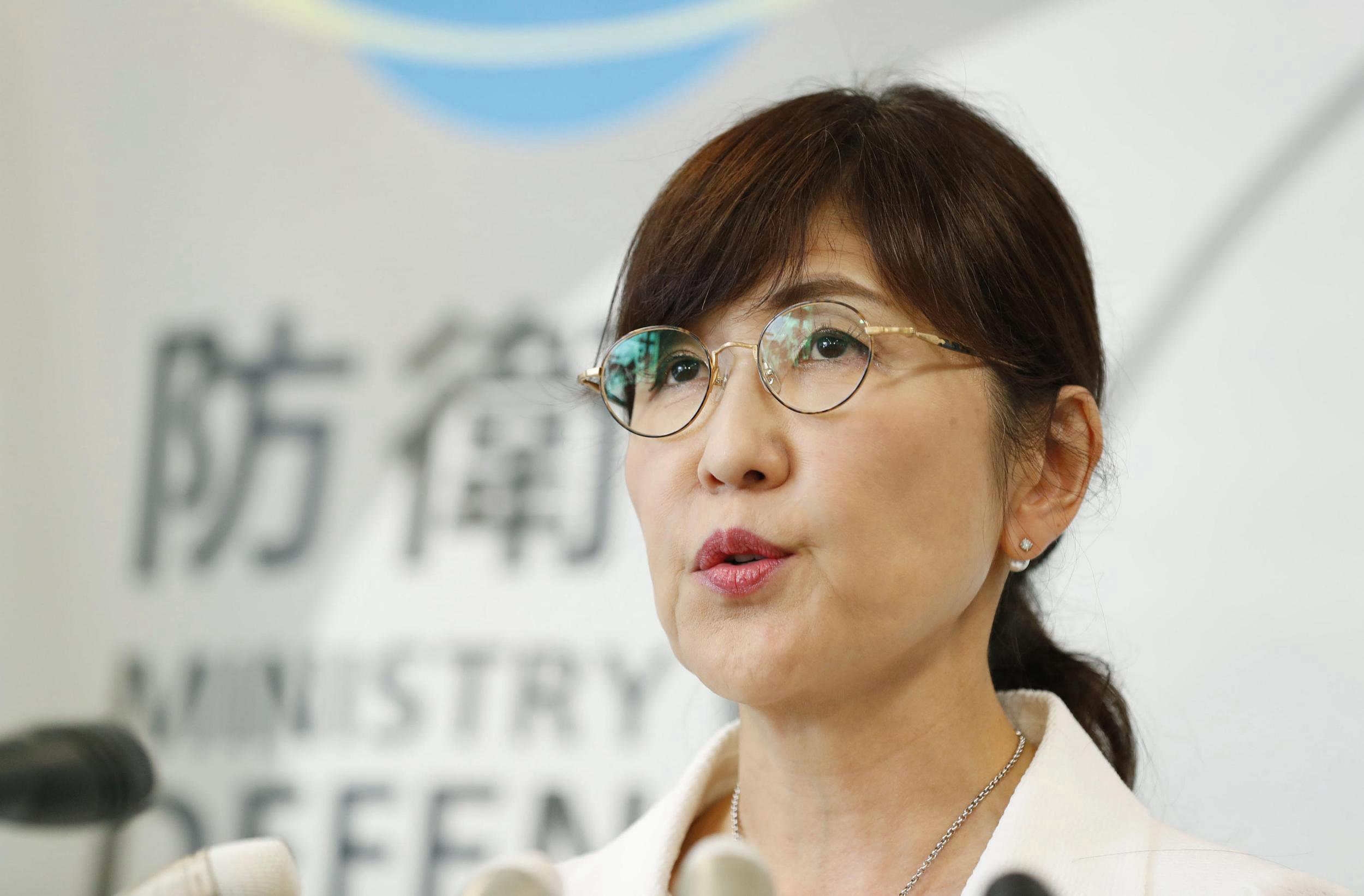 The scandals and a perception among many voters that Abe's administration is taking their support for granted, are encouraging rivals and casting doubt on Abe's hopes for a third term as ruling Liberal Democratic Party leader.

Abe is expected to reshuffle his cabinet early next month in an effort to repair his damaged ratings, a step often taken by beleaguered leaders but one that can backfire if novice ministers become embroiled in scandals or commit gaffes.

Abe will appear at an ad hoc committee meeting in parliament on Monday. Also appearing at the session will be his aide Hiroto Izumi, and Kihei Maekawa, who resigned as the education ministry's top bureaucrat in January and has accused the government of distorting the approval process. 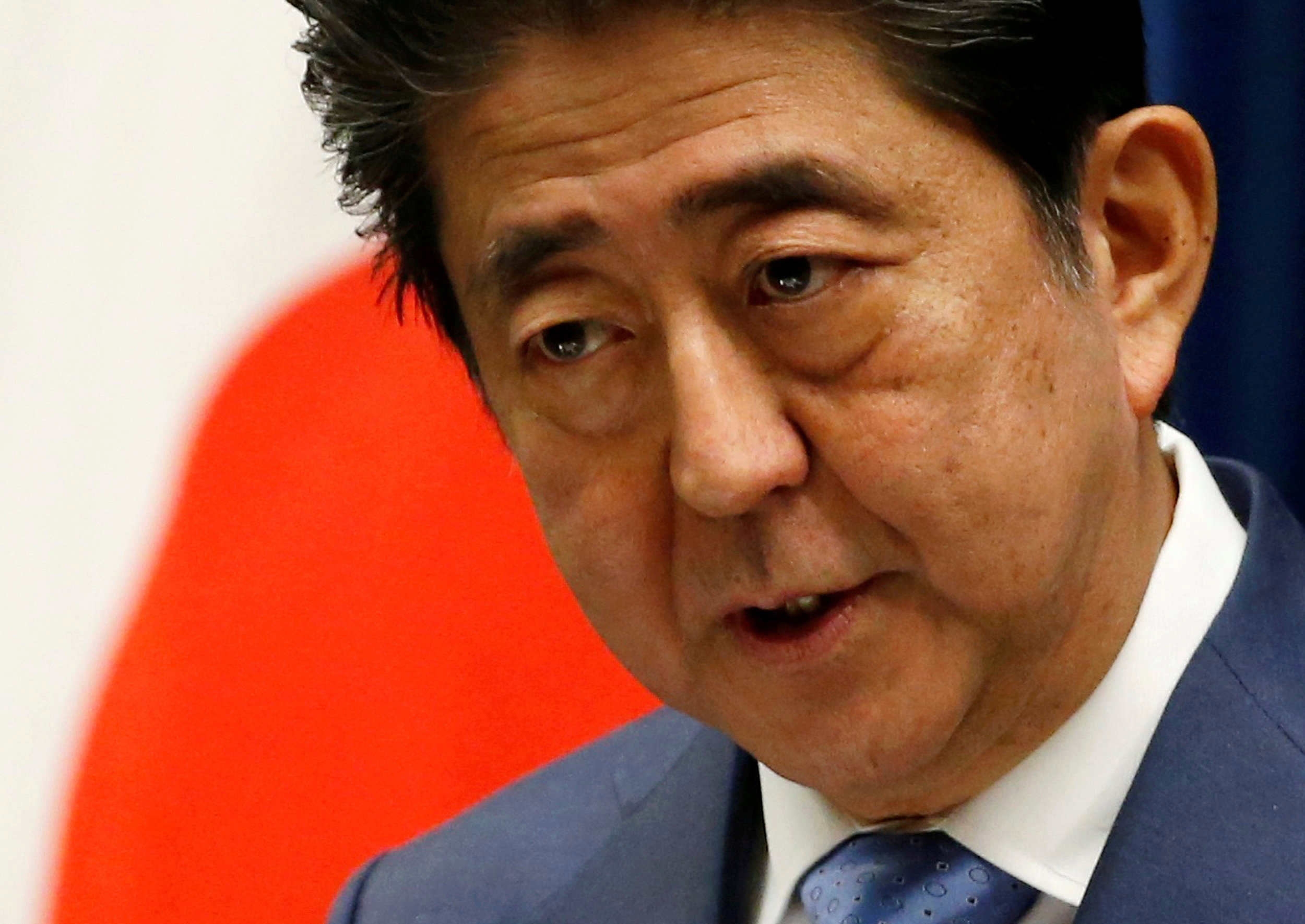 Opposition lawmakers are also expected to grill Abe about media reports that Inada allowed defense officials to conceal logs about the activities of the Self-Defense Forces (SDF), as Japan's military is known, in a U.N.-led peacekeeping operation in South Sudan.

Media reports have said officials had tried to hide the logs because they showed a worsening security situation in the African country. Japan ended its participation in the peacekeeping operation in May but said the withdrawal was not related to security concerns.

Is this the beginning of the end for Abe 2.0?