“Adults can't let Japan lose to other countries…Hope China and South Korea, who consider Japan as bad can change their minds and not tell lies in history textbooks…” Videos from the scandal-hit Moritomo Gakuen kindergarten’s pupils singing right-wing songs and first graders raising their arms in Nazi salutes have shocked many people.
Besides singing right-wing songs, the school’s students are required to recite the Imperial Rescript on Education – a 19th century edict requesting people to offer themselves courageously to the country and thus guard and maintain the prosperity of the Japanese empire when emergency arises.
Clearly not a typical school, Moritomo has made international headlines in recent months and embroiled the Japanese prime minister and his wife in a potentially career-threatening scandal. Formerly called the Abe Shinzo memorial primary school, what exactly are the links between the Japanese PM and this controversial school?
What links Japanese PM Shinzo Abe, his wife and Moritomo Gakuen? 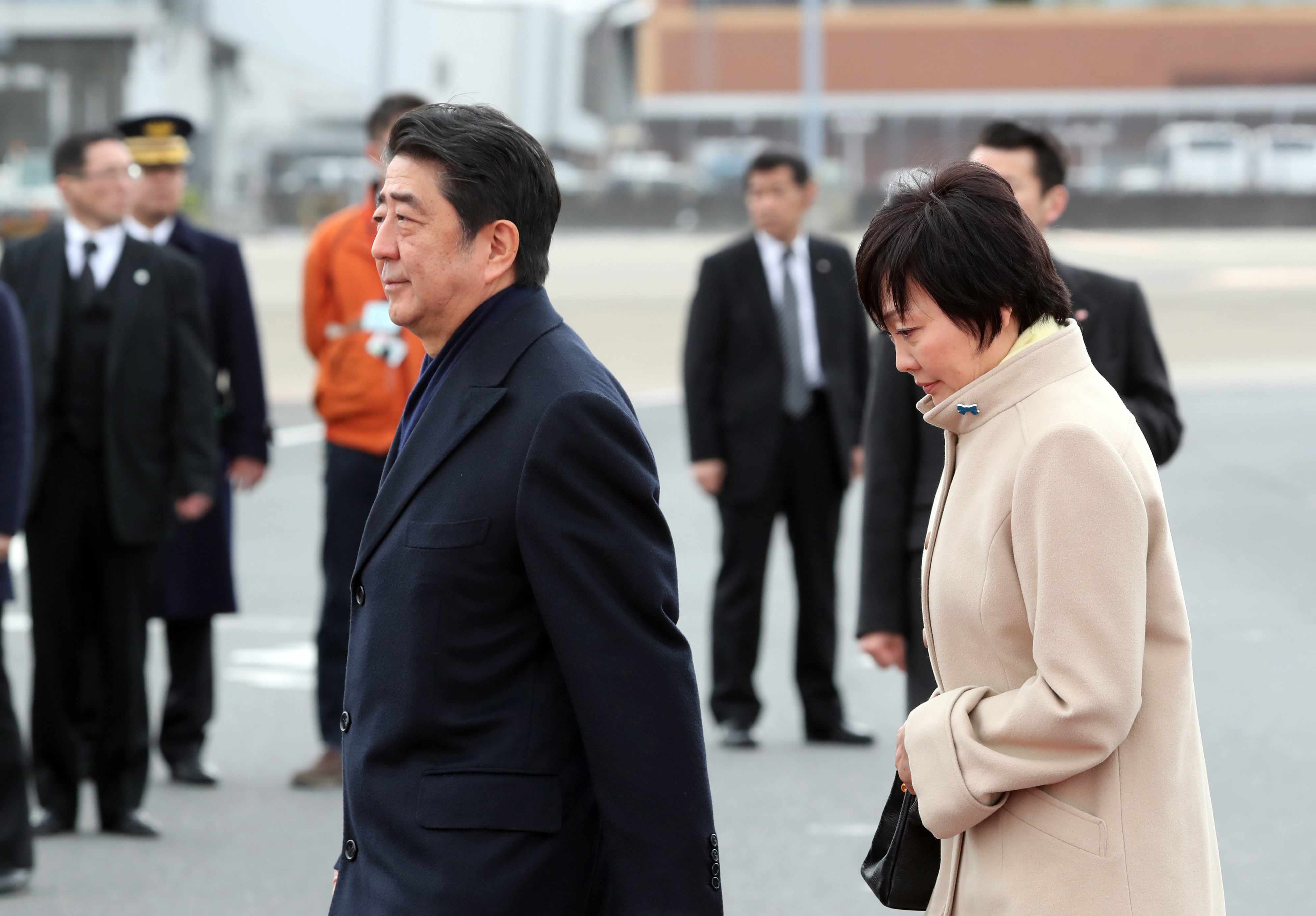 Japanese Prime Minister Shinzo Abe (L) and his wife Akie at the Tokyo International Airport on February 29, 2017. /CFP Photo
Akie Abe, the former honorary principal of Moritomo Gakuen until announcing her resignation of the role on February 24, had visited what is now called Moritomo Gakuen’s Mizuho-no-kuni (“land of rice”) Elementary School in Toyonaka, Osaka prefecture several times. She publicly expressed support for the school, calling it “wonderful” and “remarkable,” and praising how it “fosters children to have pride in being Japanese.”
While the Abes may admire the school for its focus on nationalism, the links between the family and Moritomo go further beyond simple appreciation.

CGTN Graphic
From Moritomo Gakuen to Nippon Kaigi
On the school’s website, it is billed as “Japan’s first and only Shinto elementary school.” It has an educational philosophy directed to “honoring the propriety of what it means to be a Japanese person, and nurturing patriotism and pride.”
Yasunori Kagoike, the head of Moritomo Gakuen, was also once head of the local Osaka division of Nippon Kaigi, one of Japan’s most influential nationalist organizations.
Nippon Kaigi, literally “Japan Conference,” is Japan's largest right wing organization but is officially a non-political body. With more than 38,000 members, Nippon Kaigi is a proponent of Shintoism, constitutional change in favor of bolstering the military, and an education system that first and foremost concentrates on patriotism.
Abe himself is a special advisor to the parliamentary league of Nippon Kaigi, which has infiltrated Abe’s cabinet and pushed for constitutional reform and controversial moves such as high-level visits to the Yasukuni Shrine. The group has publicly questioned the Nanjing Massacre and other atrocities carried out in Japan’s history, and is a vocal opponent of feminism, LGBT issues and other aspects of liberal society.
When Abe returned to office in December 2012, 13 of the 19 Diet members belonged to Nippon Kaigi, increasing to 15 when Abe reshuffled the cabinet in September 2014.
With such a strong presence in the Diet, Nippon Kaigi is influential in the legislative and executive branches of the Japanese government through its affiliates. The Moritomo Gakuen school scandal has brought into the open the extent of that influence, and brings into question how much more influence Nippon Kaigi could have on government policy.
"Rising star” Tomomi Inada’s links to Moritomo Gakuen
The Moritomo Gakuen scandal, dubbed "the biggest political crisis Abe has faced" by international media and observers, is also a blow to Japan's Defense Minister Tomomi Inada, seen as "a rising star and protégée of Abe," according to a Financial Times profile of her. 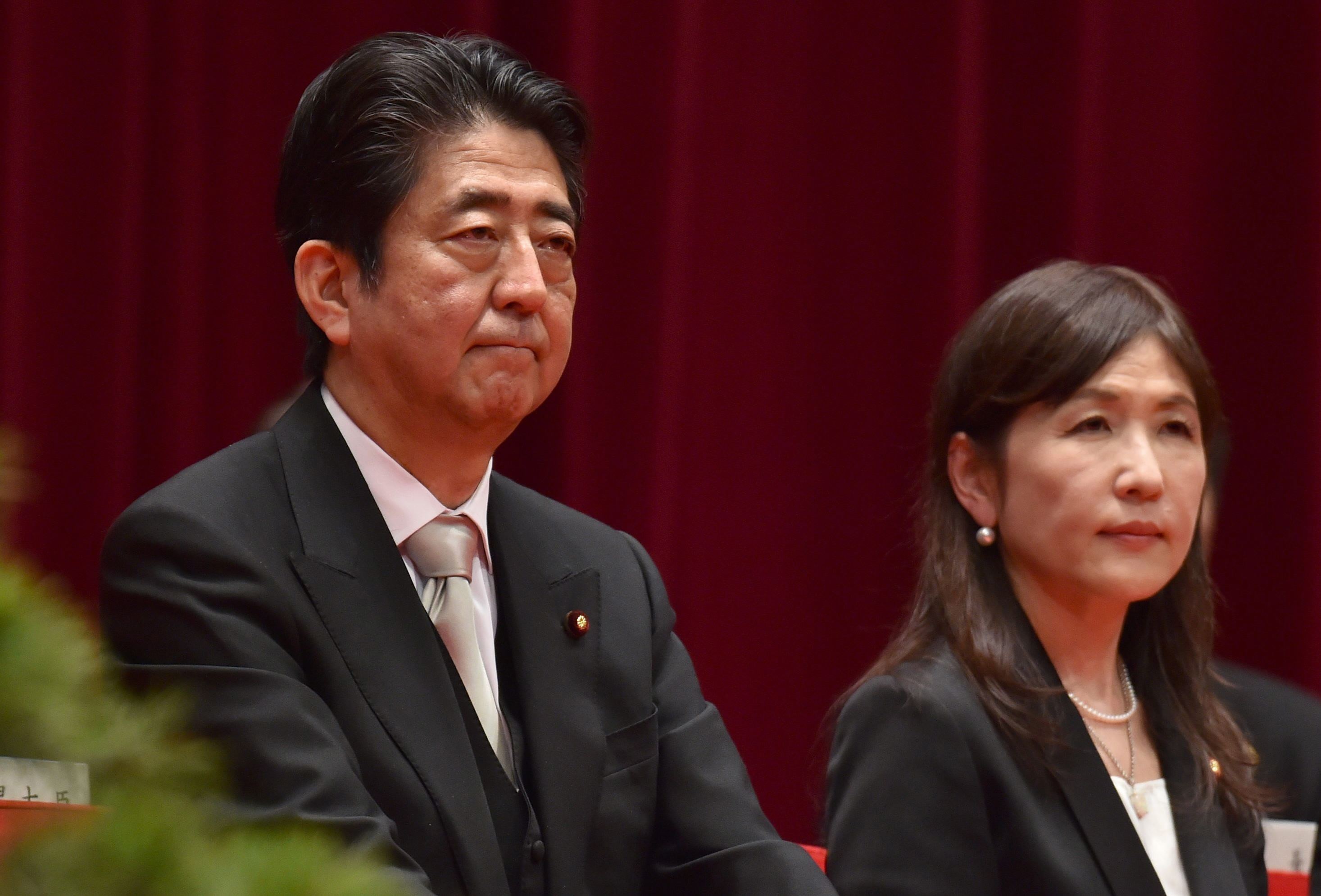 Japanese Prime Minister Shinzo Abe (L) and Defense Minister Tomomi Inada (R) attend the graduation ceremony of the National Defense Academy in Yokosuka, Kanagawa prefecture on March 19, 2017. /CFP Photo
Inada had previously denied ever representing Moritomo Gakuen or giving it legal advice in her days as a lawyer, before she became a politician. However, she later withdrew the denial, saying she had in fact given the operator legal counsel and represented it in a trial after her links to the school operator were revealed. 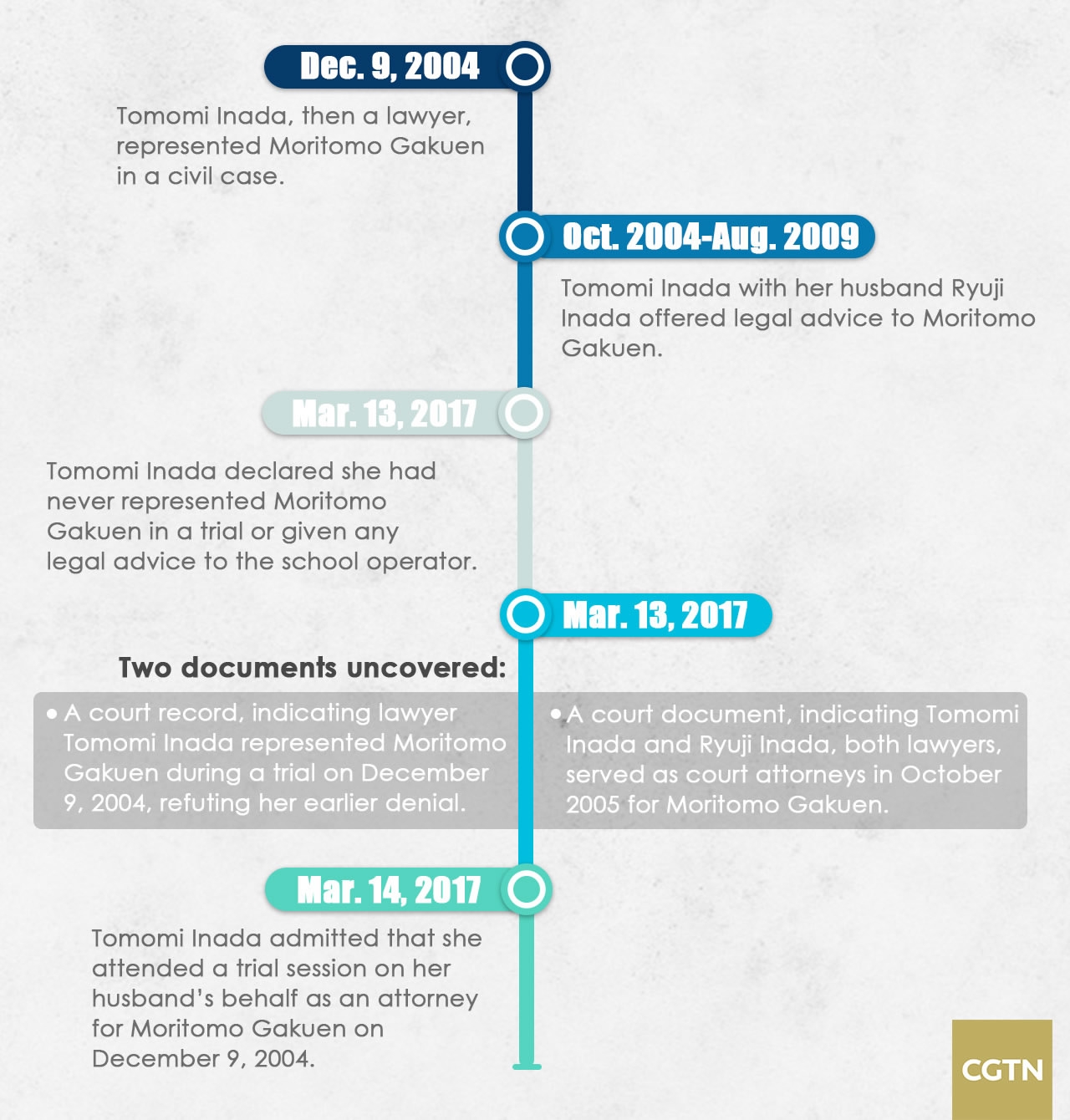 CGTN Graphic
Inada said at a press conference, and told the Diet, "Since there are court records (showing that I was there), my memory seems to have failed me."
Anger grew over her denial of those links and doubts grew over what else she may have to hide. Opposition lawmakers said she should resign for making a false testimony during a parliament session, an error that could not just be brushed off as a memory lapse.
Related Stories:
Abe land scandal: Japanese PM rejects calls for wife to testify
Shinzo Abe's crisis continues despite passage of record-high budget
Japanese authorities raid scandal-hit school operator tied to Abe family
1786km
Copyright © 2017