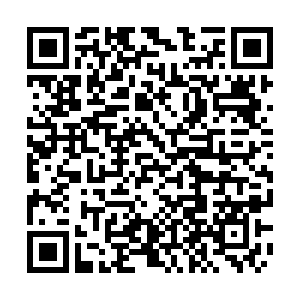 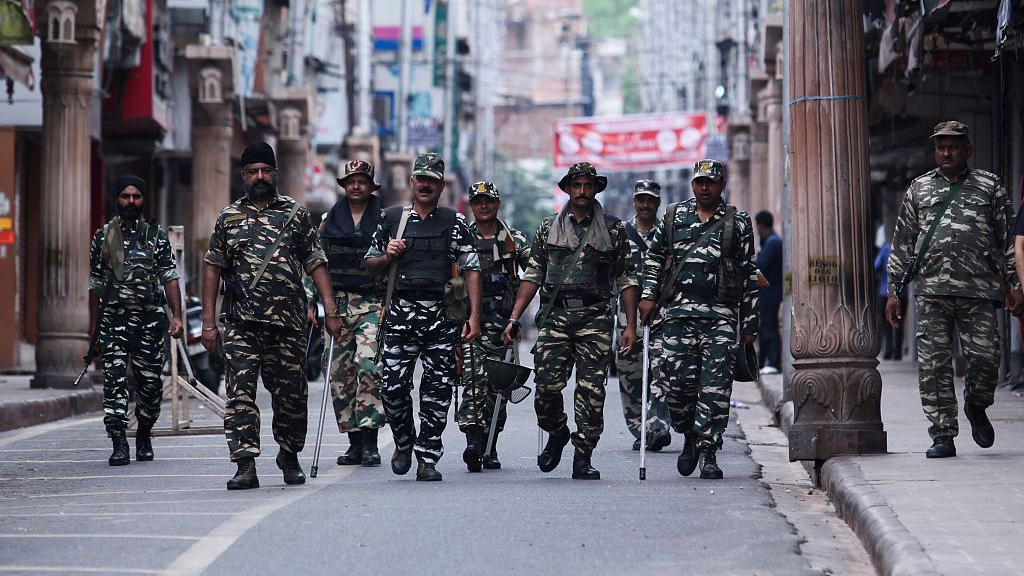 The Indian parliament on Tuesday passed a bill that stripped the northern state of Jammu and Kashmir of its special autonomous status while also bifurcated the state into two territories to be federally administered by New Delhi in a contentious move that may have international fallout with both China and Pakistan slamming the decision.

The bill was passed by the Lok Sabha, the lower house of the Indian parliament, with 370 lawmakers voting in favor and only 70 voting against it. "Together we are, together we shall rise and together we will fulfill the dreams of 130 crore (1.3 billion) Indians," Prime Minister Narendra Modi tweeted after the vote.

The bill was already cleared by the Rajya Sabha, the upper house of the parliament, a day earlier. It now awaits the signature of Indian President Ram Nath Kovind to be enforced as a law, although it could face legal challenges in the future. A writ petition was filed Tuesday in India's Supreme Court challenging the move as "unconstitutional, illegal and arbitrary."

The passage of the bill sets the ground to divide India's northernmost state into two separate administrative territories controlled by New Delhi.

While the region of Jammu and Kashmir valley will be reclassified as a union territory with a legislature; the Buddhist-dominated remote mountainous region of Ladakh, currently part of the unified state, and bordering China on its east and northeast, will be carved out into a standalone union territory. 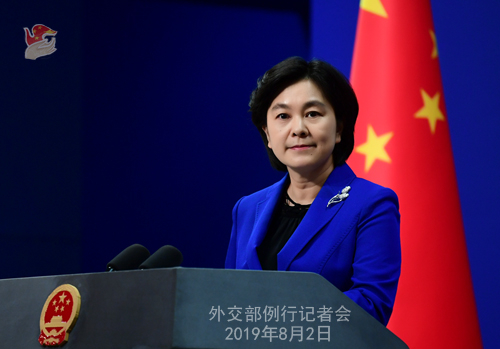 "China is always opposed to India's inclusion of the Chinese territory in the western sector of the China-India boundary into its administrative jurisdiction. This firm and consistent position remains unchanged," Chinese Foreign Ministry Spokesperson Hua Chunying asserted in a statement.

"Recently India has continued to undermine China's territorial sovereignty by unilaterally changing its domestic law. Such practice is unacceptable and will not come into force. We urge India to exercise prudence in words and deeds concerning the boundary question, strictly abide by relevant agreements concluded between the two sides and avoid taking any move that may further complicate the boundary question," she added.

India responded by saying the decision is an internal matter and therefore should not worry China.

"The Jammu and Kashmir Reorganization Bill 2019, introduced by the government in Parliament on August 5, which proposes the formation of a new union territory of Ladakh is an internal matter concerning the territory of India," India's External Affairs Ministry Spokesperson Raveesh Kumar said.

In a separate statement, the Chinese Foreign Ministry expressed concern about the general regional situation in Kashmir. "China is seriously concerned about the current situation in Jammu Kashmir," Hua noted.

India and Pakistan "should refrain from taking actions that will unilaterally change the status quo and escalate tensions." The Chinese spokesperson called "on both India and Pakistan to peacefully resolve the relevant disputes through dialogue and consultation and safeguard peace and stability in the region."

Pakistani Army will 'go to any extent' to support Kashmiris 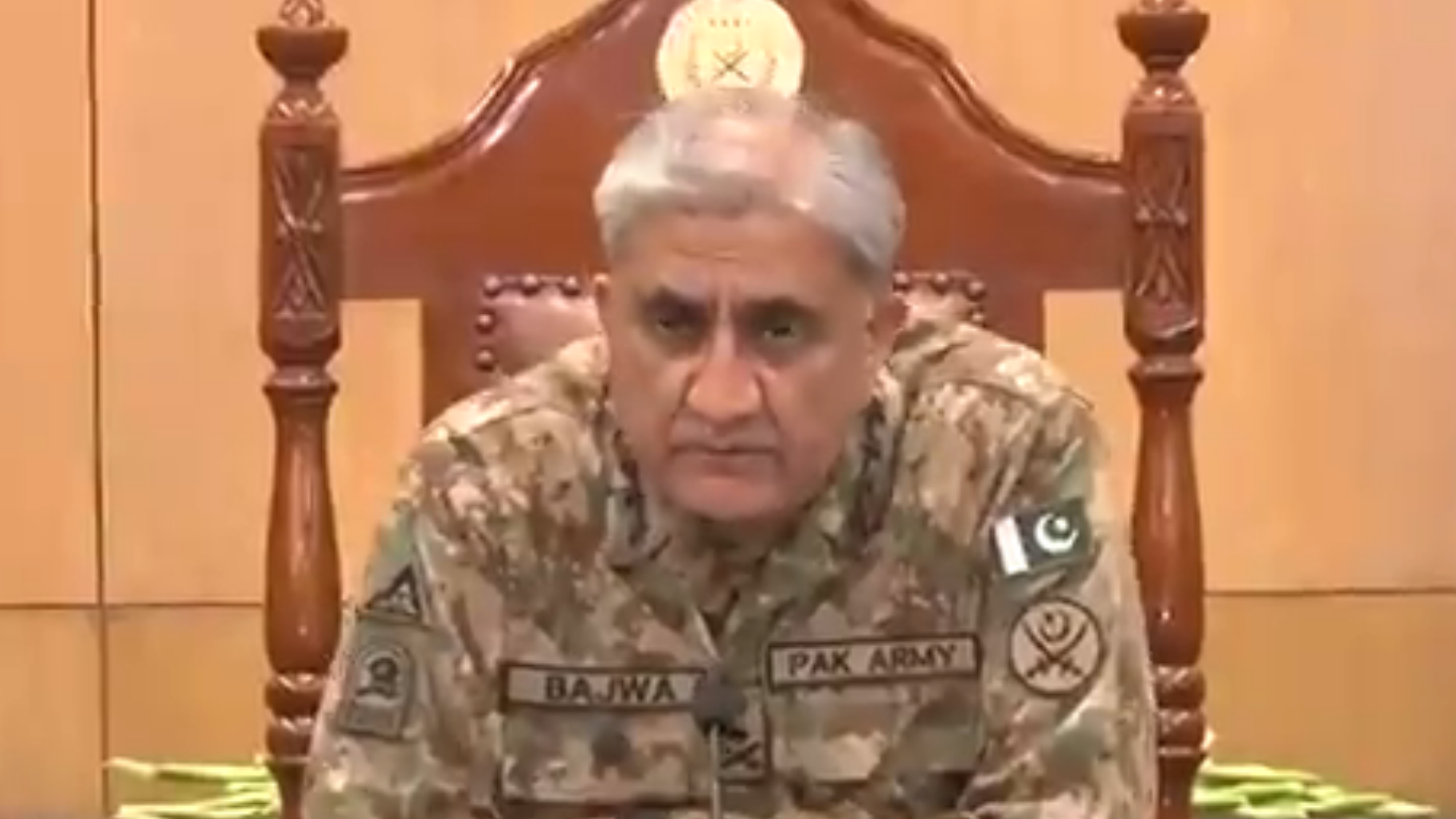 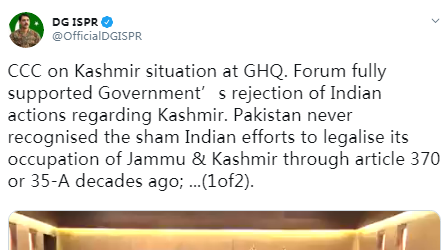 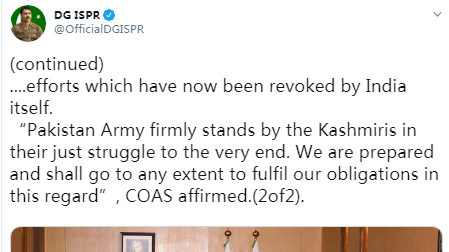 Pakistan has vowed to challenge India's decision to strip Kashmir of its special autonomy at the United Nations Security Council, with Pakistani military warning it will "go to any extent" to support Kashmiri people.

"I want to make it clear that we will fight this issue on every forum, (including) at the UN Security Council," Pakistani Prime Minister Imran Khan said Tuesday addressing a joint session of parliament in Islamabad.

Khan also promised to raise the issue with heads of state and take the matter to the International Criminal Court.

Pakistan's military announced it "firmly stands" with the people of Kashmir.

"Pakistan Army firmly stands by the Kashmiris in their just struggle to the very end. We are prepared and shall go to any extent to fulfill our obligations in this regard," Pakistan Army chief General Javed Bajwa said following a meeting of the army's top commanders in the garrison city of Rawalpindi to discuss India's move.

On Tuesday, an estimated 500 people demonstrated in Muzaffarabad, the largest city in Pakistani-administered Kashmir. Mass demonstrations were expected to kick off across Pakistan after Friday prayers later this week.

The Himalayan region is rated as among the most militarized zones in the world and therefore also one of the most dangerous flashpoints. It has been at the center of dispute between India and Pakistan with both countries going to war over it thrice since gaining independence in 1947. 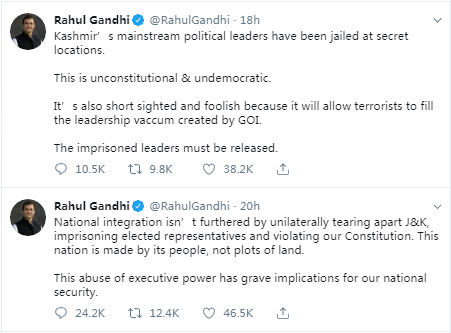 Earlier on Monday, Modi's government announced it has repealed Article 370 of the constitution as part of a promise by the ruling Bharatiya Janata Party ahead of the recent national elections.

Article 370 granted a special status to the state of Jammu and Kashmir including the rights to have its own constitution, flag and autonomy over all matters, excluding certain policy areas such as defense and foreign affairs, which were controlled by New Delhi.

Ahead of the announcements, tens of thousands of extra Indian troops were deployed in the territory and a security lockdown imposed in the state. Local political leaders were detained or put under house arrest in a move slammed by critics as "unbecoming" of a nation that claims to be the world's largest democracy.

Many Indian opposition leaders and critics have slammed the unilateral manner in which the Modi government chose to get the bill passed without consultation from state leaders.

"Kashmir's mainstream political leaders have been jailed at secret locations. This is unconstitutional & undemocratic. It's also short-sighted and foolish because it will allow terrorists to fill the leadership vacuum created by GOI. The imprisoned leaders must be released," he demanded.

Many say the move could influence a gradual demographic change in India's only Muslim-majority state.