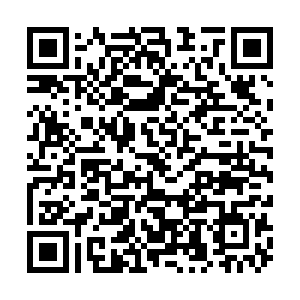 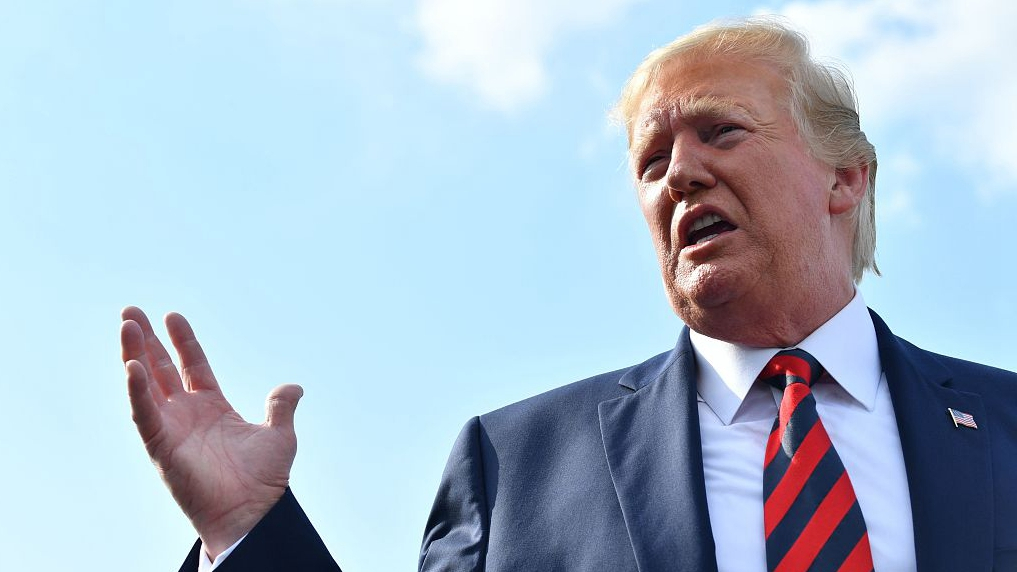 Warnings that the U.S. could be heading for recession in 2020 have led President Donald Trump to consider fresh tax cuts to boost the economy ahead of the next presidential election, with polling suggesting voter trust in his handling of the nation's finances is falling.

Trump has used the economy as a calling card, regularly touting high employment levels, stock market surges and GDP growth. It's his biggest electoral strength – so long as the U.S. avoids a downturn.

The data shows the U.S. economy has performed well on most measures under Trump, though that trend follows the upturn set in the post-crash Obama years and was juiced by a massive tax cut in 2017 that saw the deficit balloon to close to one trillion U.S. dollars.

As the benefits of the tax cut run dry, warning signs have become more pronounced and public confidence in Trump's economy has taken a hit.

Over the past week, indicators have flashed more brightly: Markets plummeted when the 10-year Treasury rate dropped below the two-year for the first time since 2007. That inversion, meaning short-term interest rates are higher than long-term, typically indicates a slowdown ahead. 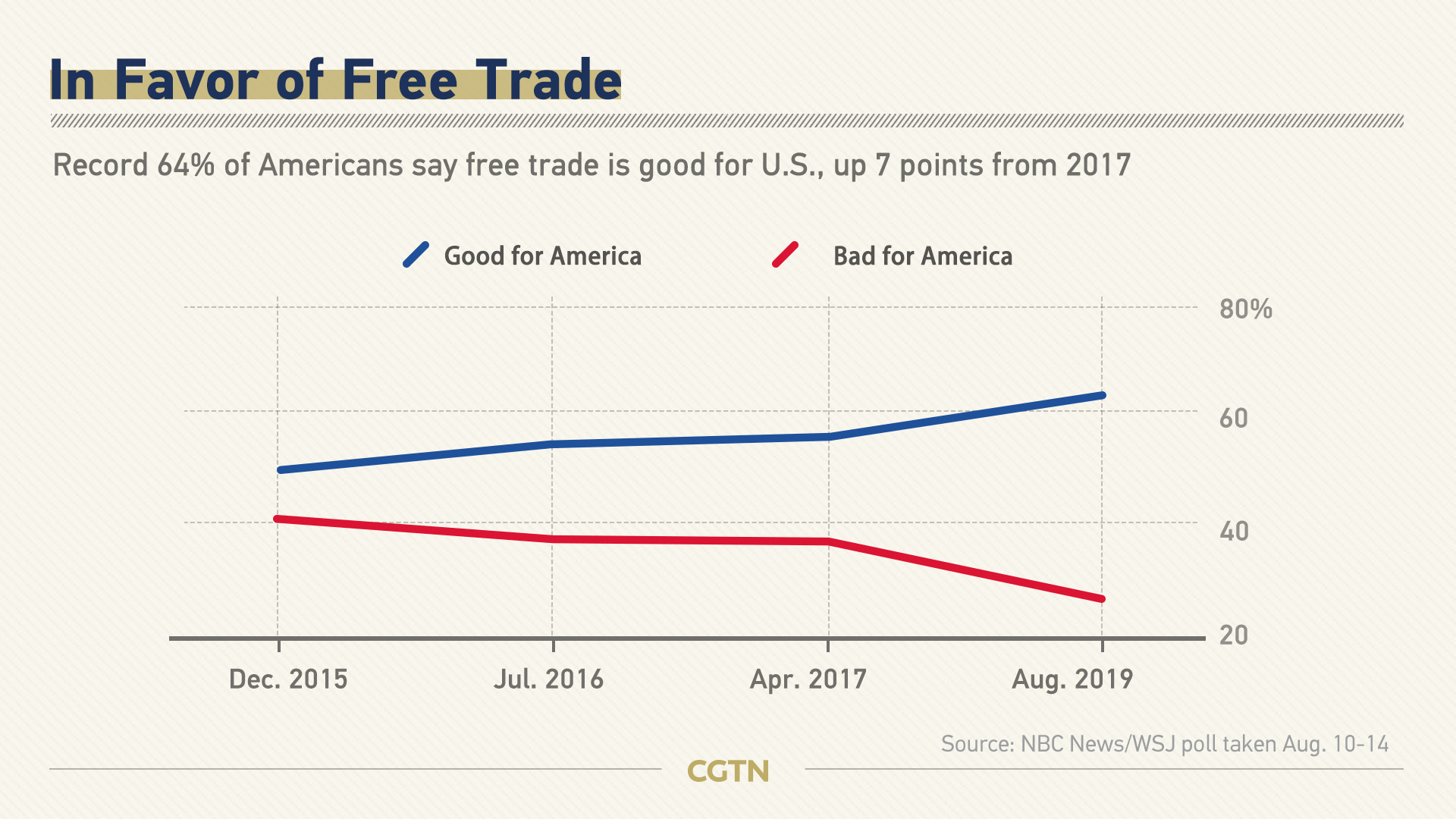 Trump's tariff wars are also hurting American consumers, a fact the president tacitly admitted by delaying fresh levies on Chinese imports until after Christmas, as well as hampering global trade.

A more niche indicator – recreational vehicle sales – also hints at trouble ahead: Data released on Tuesday by the RV Industry Association showed shipments down 20.3 percent so far this year.

What do the polls say?

Trump has staked his presidency on the economy. Even as his overall approval has languished in the low 40s and his ratings on other policies have been poor, he has consistently outperformed on handling of the economy.

An NBC/WSJ poll published on Sunday placed approval for his handling of the economy at five points higher than his overall ratings, but the net ratings are nevertheless on a downward trend. 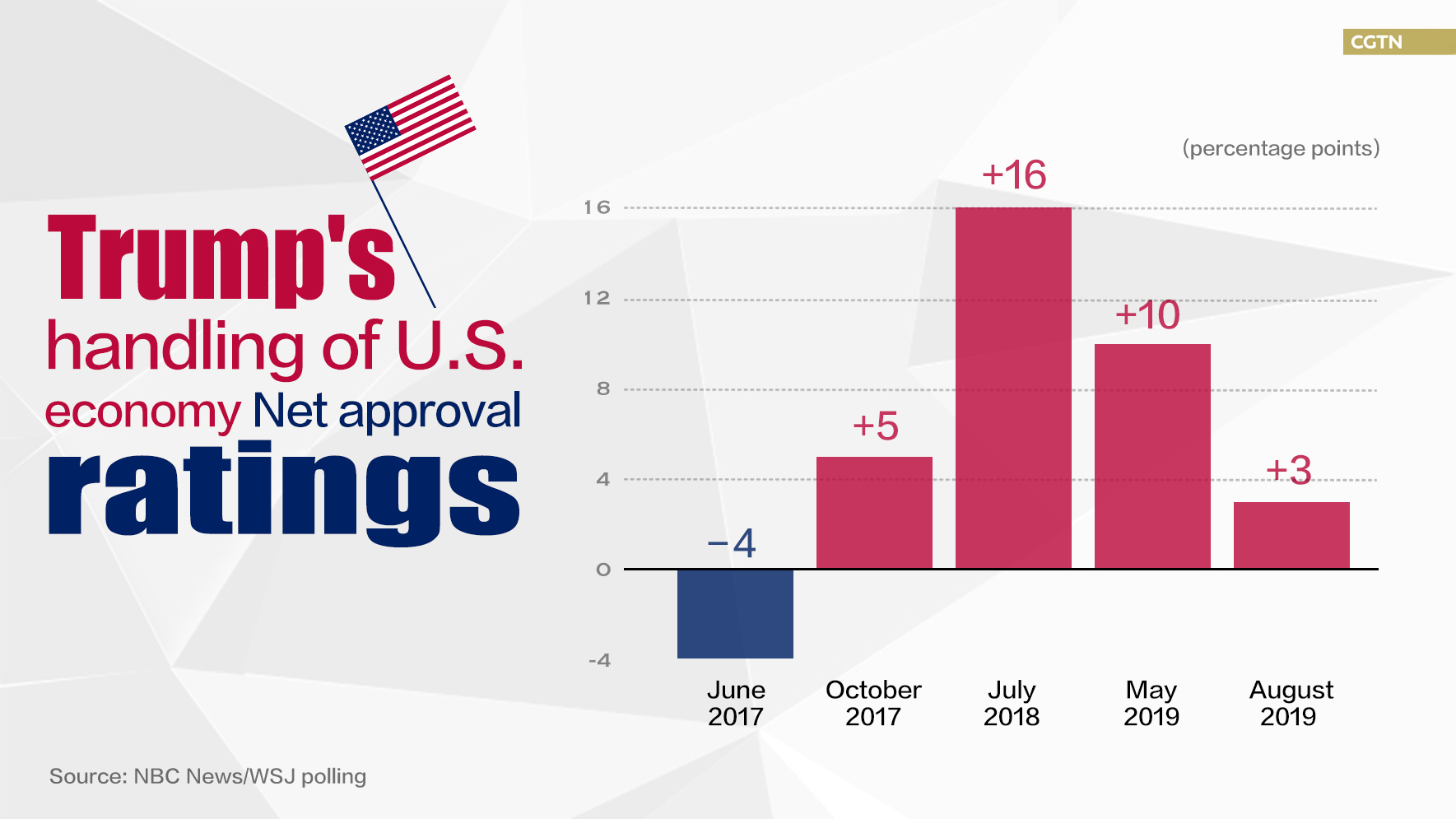 The poll, which also suggested growing support for free trade, indicated 49 percent of Americans approve of Trump’s handling of the economy against 46 percent who disapprove. But the margin was 51-41 in May and 50-34 in July 2018.

Should Trump be nervous?

Trump continues to insist that the economy is "phenomenal right now", and the president and his surrogates spent the weekend insisting a recession wasn't on the horizon.

But if the economic outlook is good, observers ask, why has the president pressured the Federal Reserve to reduce interest rates and floated introducing pre-election tax cuts?

Trump has called on the independent Federal Reserve to reduce interest rates by a full percentage point "over a fairly short period of time" and on Tuesday confirmed he is mulling cuts to payroll and capital gains taxes.

"We're looking at various other tax reductions - but I'm looking at that all the time anyway," the president told reporters. "Tax reductions - that's one of the reasons why we're in such a strong economic position."

A clear majority of U.S. business economists – 74 percent – now expect a recession by the end of 2021, according to a survey released on Monday by the National Association for Business Economics, with 38 percent expecting a downturn in 2020.

Since World War Two, every incumbent president who oversaw a recession failed to win a second term – Trump's prospects in 2020 depend on a strong economy.