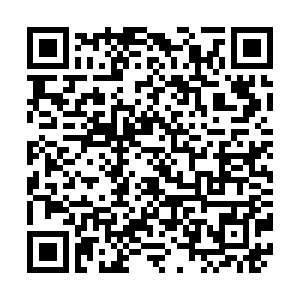 Heads of state and government from across the globe have given speeches and sent messages to mark the arrival of 2020, reflecting on the past 12 months and looking ahead to the challenges and opportunities of the new year.

In The Spotlight: Five political players to watch in 2020

President Xi Jinping said in his New Year address on Tuesday evening that 2020 will be a "year of milestone significance" for China, signaling that the elimination of poverty would be at the forefront of the national agenda over the next 12 months.

Here are some highlights and key quotes from other world leaders:

Putin stressed the importance of Russian unity to resolve issues "faced by our society and our country.”

"We live in a turbulent, dynamic, contradictory time, but we can and must do everything for Russia to develop successfully, so that everything in our life changes for the better.” 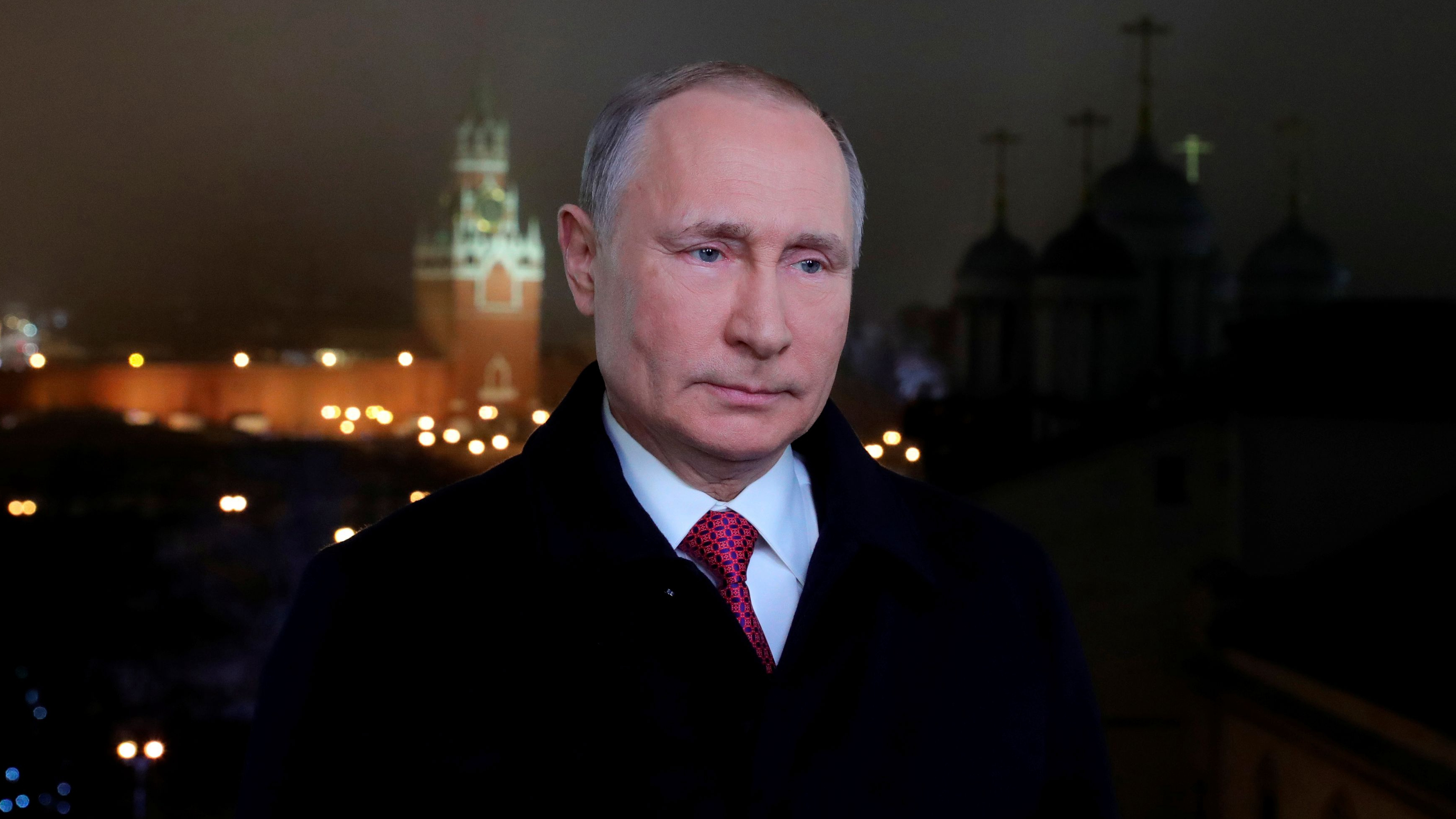 Abe looked ahead to the 2020 Olympic and Paralympic Games, which will begin in Tokyo in July, and pledged to press ahead with major domestic reforms.

"Keeping an eye squarely on the future, we will advance major reforms associated with this nation's vision. Beyond that lies constitutional amendment. Here, as we ring in the second year of Reiwa, I have renewed my determination to work towards nation-building for a new era."

Moon emphasized reform in his message, and assured the public that his reform measures will bear fruit in the coming year. He thanked the people of the Republic of Korea (ROK) for their efforts to promote social justice, pledging that he would make 2020 a year where he would "repay" them, citing the "buds of change" that have opened amid difficulties.

Macron addressed the ongoing protests in France over his planned pension reforms, insisting that the overhaul will go ahead despite one of the country's biggest transport strikes in decades.

"The pension reform will be fully carried out," he said, adding that he expected his government to quickly find a compromise with unions.

Merkel said she is fighting climate change with all her strength to enable future generations to live in peace and prosperity.

"At 65, I am at an age at which I personally will no longer experience all the consequences of climate change that will occur if politicians do not act. It will be our children and grandchildren who have to live with the consequences of what we do or refrain from doing today." 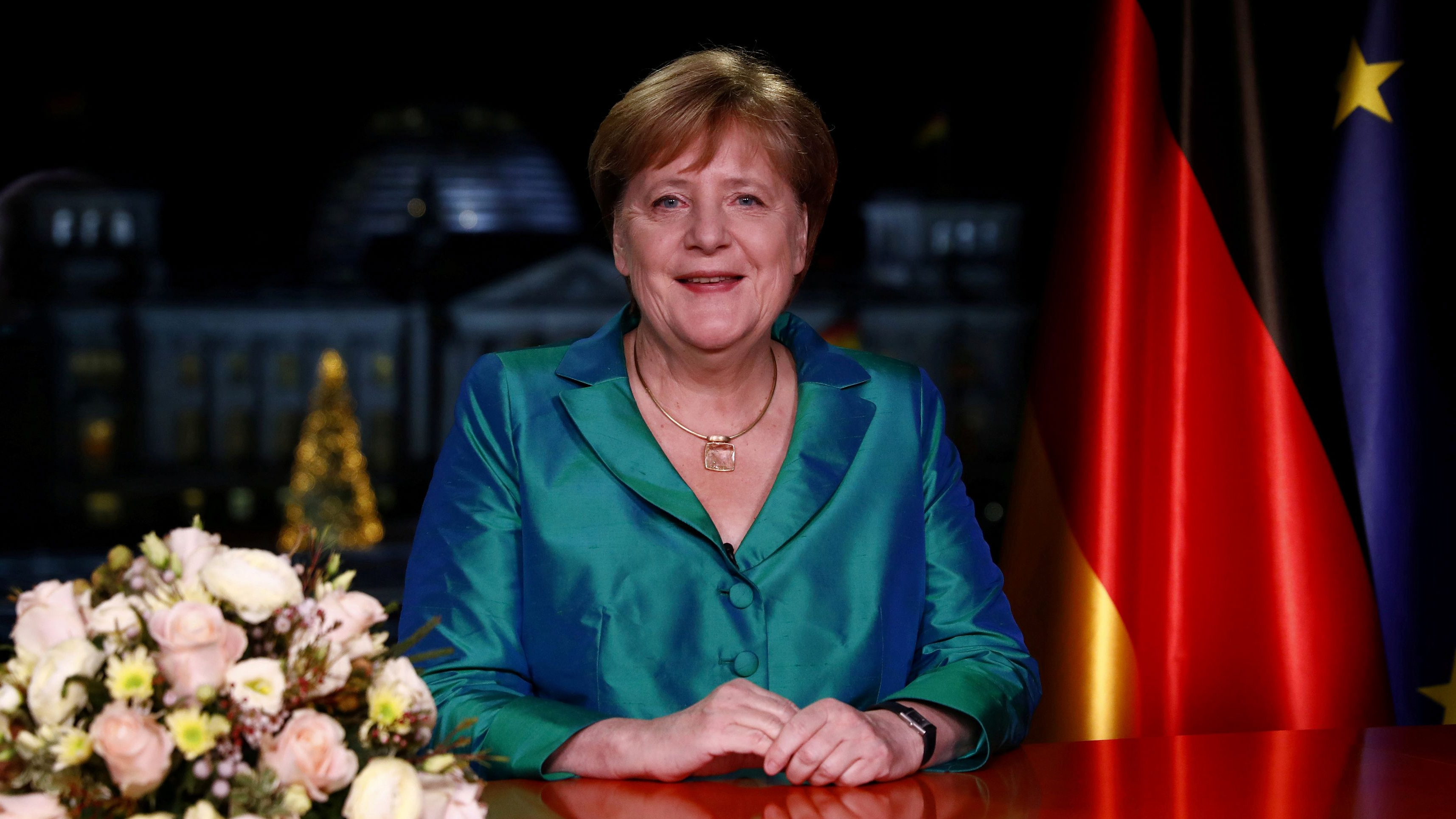 Trudeau hailed Canada's achievement in poverty alleviation and the negotiations on trade and investment agreements. He called for greater efforts in fighting climate change, strengthening the middle class, vowing to keep people safe and healthy.

"Let's begin this next decade by recommitting ourselves to the values of respect, openness, and compassion that define us as Canadians. By coming together as neighbors and putting community first, we will build a brighter tomorrow for everyone," Trudeau said in a statement.

Turkey will fully implement the agreements signed with Libya on security and maritime delimitation in 2020, Erdogan said in his New Year message, before adding a note of optimism about his country's future.

"Today, Turkey looks at its future more confidently than ever and with a sense of hope."

Rouhani congratulated world leaders on the occasion of the New Year, wishing all a year full of peace and kindness. He hoped that world leaders will manage to overcome the challenges facing their nations and pave the way for their people to live a life full of "peace, security and prosperity."

Johnson, in his first New Year message as prime minister, urged Britons to join together to make the 2020s a decade of prosperity and opportunity – and vowed to "get Brexit done before the end of this month."

"As we say goodbye to 2019, we can also turn the page on the division, rancor and uncertainty which has dominated public life and held us back for far too long."

Modi tweeted a New Year message, saying: "May this year be filled with joy and prosperity."

He reviewed the past achievement the countries made in 2019, hoping to "transform India and empower the lives of 130 crore (1.3 billion) Indians" in the coming years.

Lee wished everyone a Happy New Year on his Twitter account, calling the last day of 2019 "a good moment to look back at the past year and forward to a new one."

Morrison acknowledged that Australia, currently suffering from major bushfires, has endured a "tough past 12 months" but insisted there were reasons for optimism.

"One thing we can always celebrate in Australia is that we live in the most amazing country on Earth and the wonderful Aussie spirit that means that we will always overcome whatever challenges we face."

Tokayev said in his New Year address that Kazakhstan began a new era in its development in 2019 and will continue its modernization and democratization drive.

"Our people have demonstrated to the entire world their wisdom, unity and commitment to the democratic choice," Tokayev said, referring to the country's presidential election held six months ago.

"We are entering a decade during which we must find solutions for combating climate change. This calls for decisions that reduce emissions. We will rely on scientific data, while taking account of the social and regional impacts of the solutions proposed."

Mitsotakis said Greece has learnt valuable lessons from past mistakes, leaving the financial crisis behind and moving forward with confidence and unity.

"We are entering the third decade of the 21st century which brings unprecedented challenges: From geostrategic instability on the planet and the climate crisis to the 'explosion' of technology and its consequences. All this requires open thinking and bold actions."