How does China protect human rights amid COVID-19 outbreak?
By Duan Fengyuan 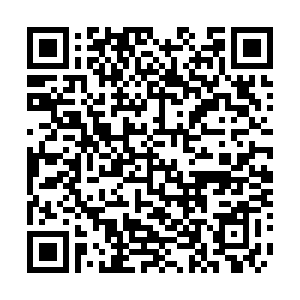 The 43rd Session of the UN Human Rights Council is being held in Geneva while China is fighting the COVID-19 outbreak with "the most comprehensive, the strictest, the most thorough measures" as the authorities said.

As the virus can pass from person to person in close proximity, mandatory 14-day quarantines, roadblocks, checkpoints and even lockdown measures are required in much of the country to contain the spread, which have incurred attacks criticizing that human rights have been ignored during the process. 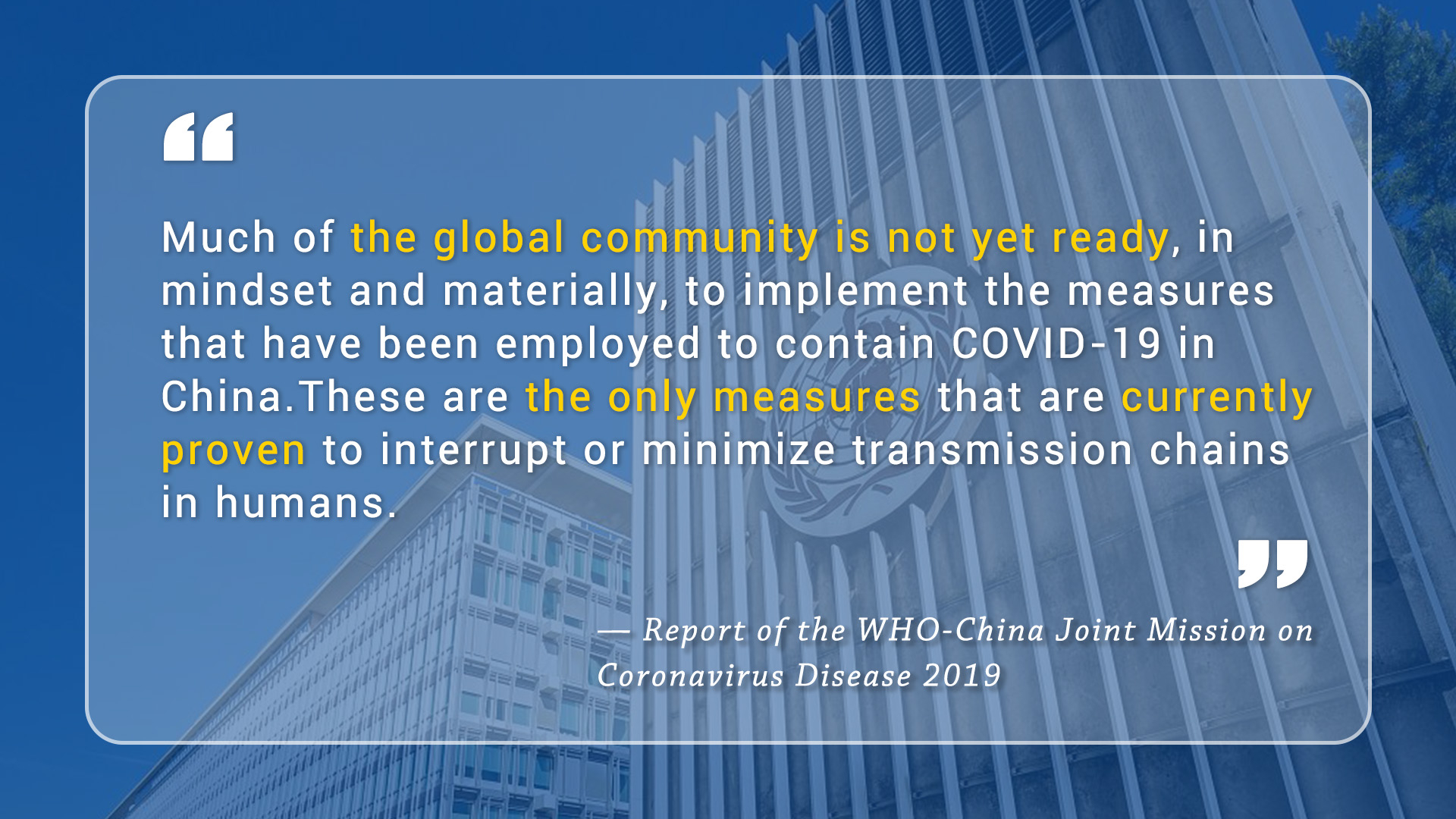 The right to health, a top priority

Five new countries have reported confirmed cases of new coronavirus infection in the past 24 hours and as of 10:00 a.m. Sunday, a total of 7,169 confirmed cases and 104 deaths were been reported in 58 countries outside China, according to the data released on Sunday by the World Health Organization (WHO).

The prevention and control of the epidemic itself involves the protection of basic human rights, and the key issue in the process is the protection of people's right to health, said Liu Huawen, executive director of the Human Rights Research Center at the Chinese Academy of Social Sciences (CASS). 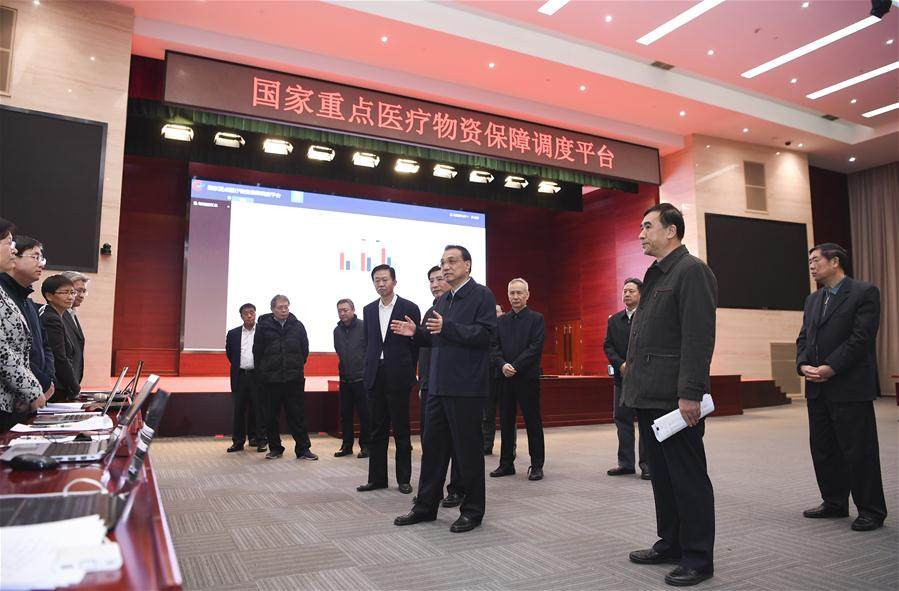 "It is not about a single person's right to health, but the public's right to health," he stressed, adding that providing an efficient health system for all citizens has always been a key priority for the Chinese government.

The effective control of the novel coronavirus is the achievement of China's efforts in protecting people's right to health, Liu added, noting that the measures on the prevention and control of the epidemic have been taken in accordance with the law.

The authorities have performed duties in various areas to protect people's rights, such as building the 1,000-bed Huoshenshan Hospital and the 1,500-bed Leishenshan Hospital, handling 274 cases of illegal commercial practices like price gouging and hoarding during the outbreak, prohibiting medical institutions from disclosing information involving patients' privacy, etc.

How is China feeding its people amid the coronavirus outbreak?

There is no doubt that some problems were exposed during the fight and learning lessons are important.

Liu noted that some unreasonable or extreme isolation measures taken by a few people because of the fear of the virus are not common. "Those are not allowed by the government."

The shortage of medical materials, late treatment of some patients and so on, especially in epicenter Wuhan, are lessons to learn, which reflect the government's unpreparedness for a sudden outbreak, insufficient attention and weak awareness of emergency management, Liu said.

The outcomes are encouraging even though the process is not easy – the National Health Commission (NHC) reported that by February 2, the case fatality rate (CFR), which dropped to 2.1 percent, had remained stable after an initial 2.3 percent recorded at the beginning of the outbreak.

The credit belongs to everyone

But, is the Chinese government the only one to be praised during the battle? Definitely not. The credit belongs to everyone.

Human rights protection in China is a "comprehensive and systematic project," which should be accredited to the efforts of the government, the professionals, and ordinary people from all walks of life, Liu insisted. 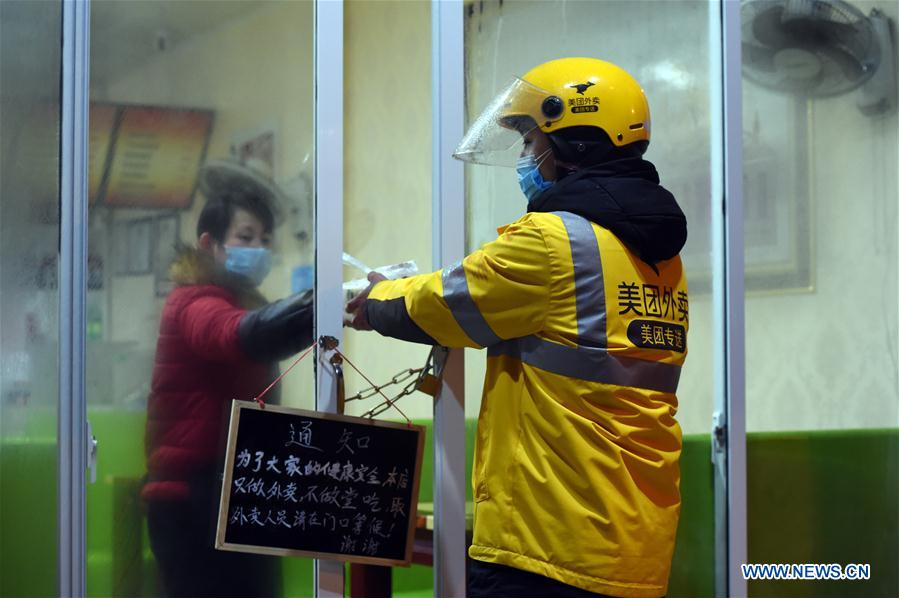 Deliveryman Xu Faxiang gets takeaways from a restaurant in the Baohe District of Hefei, east China's Anhui Province, February 6, 2020. /Xinhua

Deliveryman Xu Faxiang gets takeaways from a restaurant in the Baohe District of Hefei, east China's Anhui Province, February 6, 2020. /Xinhua

Doctors and nurses are rushing to Wuhan at the same time. Over 6,000 medical staff and 52 medical teams from other parts of the country are in Wuhan to join the fight against the virus.

According to the Ministry of Finance, China had allocated 27.3 billion yuan (about 3.94 billion U.S. dollars) to support the battle across the country as of Saturday.

Every single person has contributed in his/her own way – staying at home to avoid gatherings, resuming work with protective measures in necessary industries, doing reports on the front lines and so on.

That is how human rights have been protected amid the infectious disease, that is why Chinese President Xi Jinping called the fight a "people's war," and that is the human rights protection with Chinese characteristics – the unity of individual and collective human rights.

In theory, the balance of power and rights is an eternal topic in the cause of human rights, Liu said.

"We emphasize that power and rights should not be opposed in nature, but should be integrated and unified, because the purpose of the Chinese government is to serve the people," he further explained.

The Chinese government has stressed that all patients will be treated free of charge, and has demanded that every individual take responsibility to avoid spreading the disease.

Liu also mentioned that authorities have put the improvement of legislation and regulations in the domain of public health emergencies on the agenda.

The infant mortality rate dropped from 6.8 to 6.1 per 1,000, and the main health indicators of residents are better than the average level of middle-upper countries.