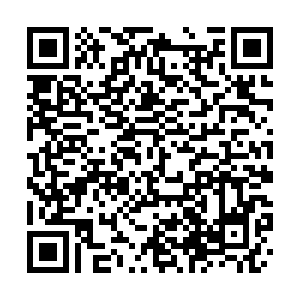 Trial of first Israeli PM indicted while in office delayed

Israeli Prime Minister Benjamin Netanyahu's corruption trial was delayed on Sunday for two months, until May, due to the coronavirus crisis. Israel's Justice Ministry said the trial would begin on May 24 "due to developments related to the spread of the coronavirus."

His trial had been scheduled for March 17, two weeks after Israel held its third national election in less than a year after the Jerusalem District Court denied his request to delay it by 45 days.

Netanyahu has been charged with fraud, bribery and breach of trust in three separate corruption cases and was formally indicted in January, but the PM has denied any wrongdoing and said he is the victim of a media-orchestrated witch hunt.

U.S. Democratic primaries to go ahead as planned?

Arizona, Florida, Illinois and Ohio will push forward its primaries as planned on Tuesday while Louisiana announced that it will postpone the primaries set for next month to June 20, becoming the first state to take the step as fears over the coronavirus outbreak spread.

The four states said in a joint statement they would proceed with their contests while taking steps to ensure public safety.

"Americans have participated in elections during challenging times in the past, and, based on the best information we have from public health officials, we are confident that voters in our states can safely and securely cast their ballots in this election, and that otherwise healthy poll workers can and should carry out their patriotic duties on Tuesday," election officials from the four states said.

However, the outbreak has grounded pivotal 2020 presidential campaign operations to a near halt, as the Johns Hopkins researchers had counted about 1,600 confirmed cases in the U.S. as of March 12 and President Donald Trump declared a national emergency on Friday.

The meeting was to address the crisis which began after Turkey decided last month to re-open its border for refugees seeking to reach Europe, a move that sparked a row with Brussels, as well as the neighboring Greece.

Monday: 32nd anniversary of the Halabja chemical attack in Iraq.