Carolina parakeet: The high cost of empathy
By Xu Chenlu 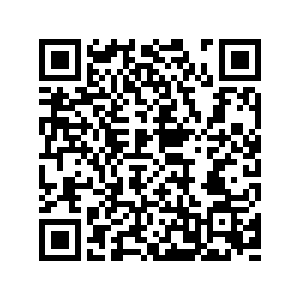 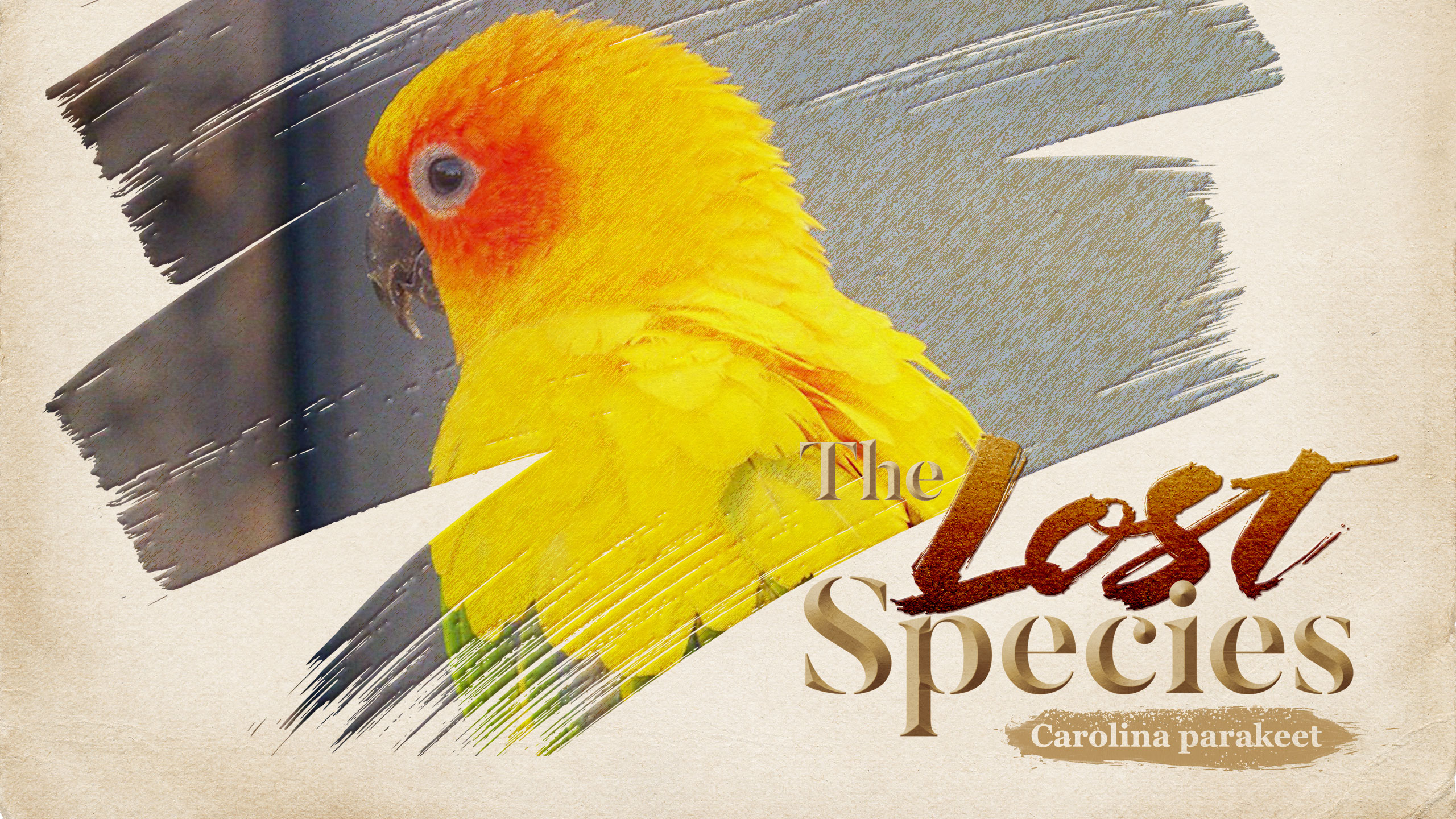 Parrot is one of the most popular pet birds. The larger parrot family has more than 350 species of different sizes and appearances. Usually, people keep parrots for their amazing ability to imitate sounds and human speech. However, this ability cannot save them from extinction, especially when it comes to wild parrots.

Challenges like habitat loss and illegal hunting are threatening parrots like macaw and kakapo. Unfortunately, some parrots, like the Carolina parakeet, were not able to escape their fate. 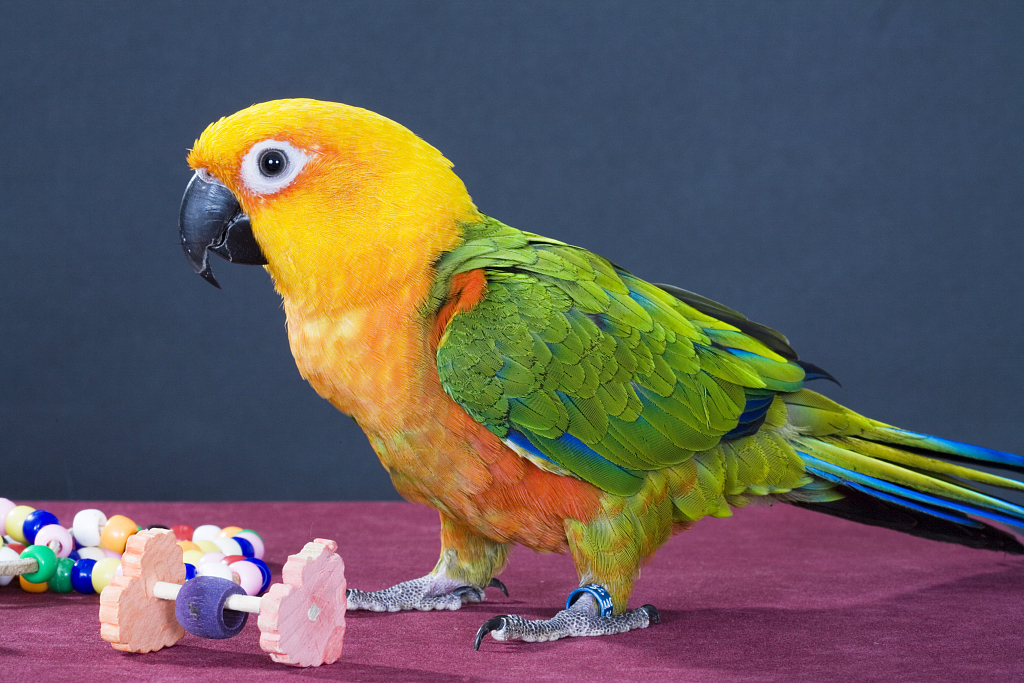 A parakeet is known for its long tail. /VCG

A parakeet is known for its long tail. /VCG

Distributed from New York and Wisconsin to Kentucky and the Gulf of Mexico, the Carolina parakeet was one of the two parrot species native to the U.S. With a reddish face, orange cheeks, bright yellow head and mostly green feathers, this beautiful bird was very common during the 18th and the beginning of 19th centuries.

Carolina parakeets had a special habit: flocking around dead or dying birds. However, this wonderful habit led to their sad demise. 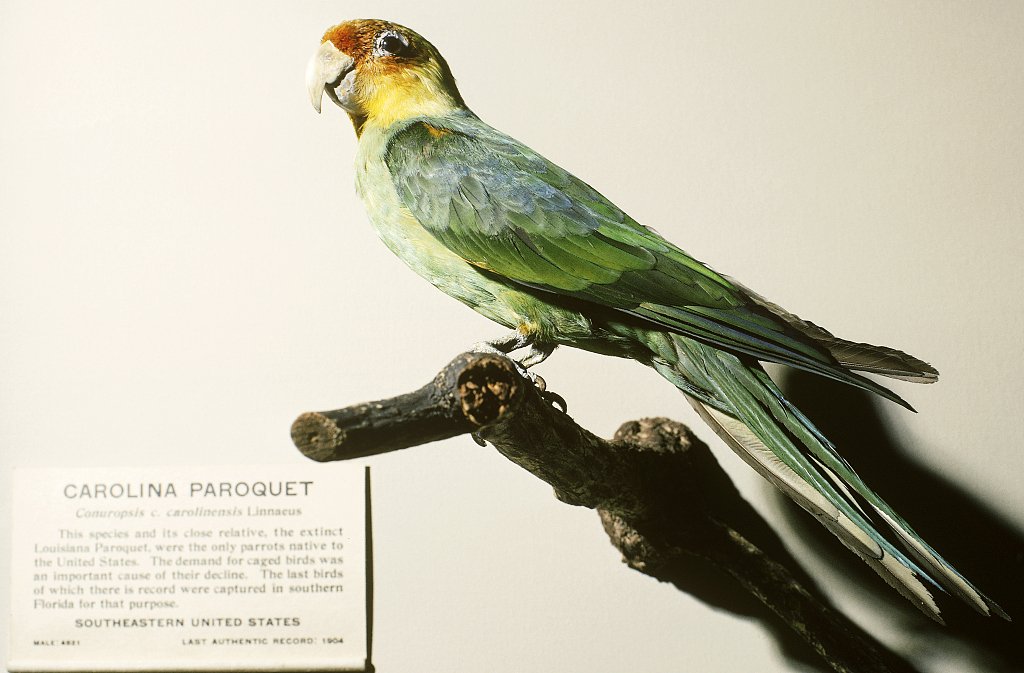 During the 18th and 19th centuries, deforestation in the habitats of Carolina parakeets went severe, forcing a whole bunch of them to leave the old forest they used to live in and fly to other places for food, like farms where farmers shot them to protect their crops. Large flocks of parakeets hovered above the dead birds mourning, only to fall prey themselves at the hands of the hunters.

The beauty of Carolina parakeets also attracted hunters who killed them for their colorful feathers (especially the emerald-green ones) for decorative use on women's hats.

Drawing of a Carolina parakeet. /VCG

Drawing of a Carolina parakeet. /VCG

The process of extinction was silent and rapid. In 1832, experts noticed that their population had declined, and after 1860 there was no sign of the bird outside Florida. The last known bird was killed in 1904, and the last one in captivity died at the Cincinnati Zoo on 1918, the same year its mate died. The International Union for Conservation of Nature (IUCN) finally listed the species as extinct in 1920.