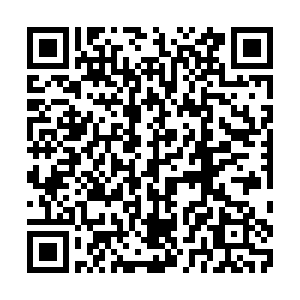 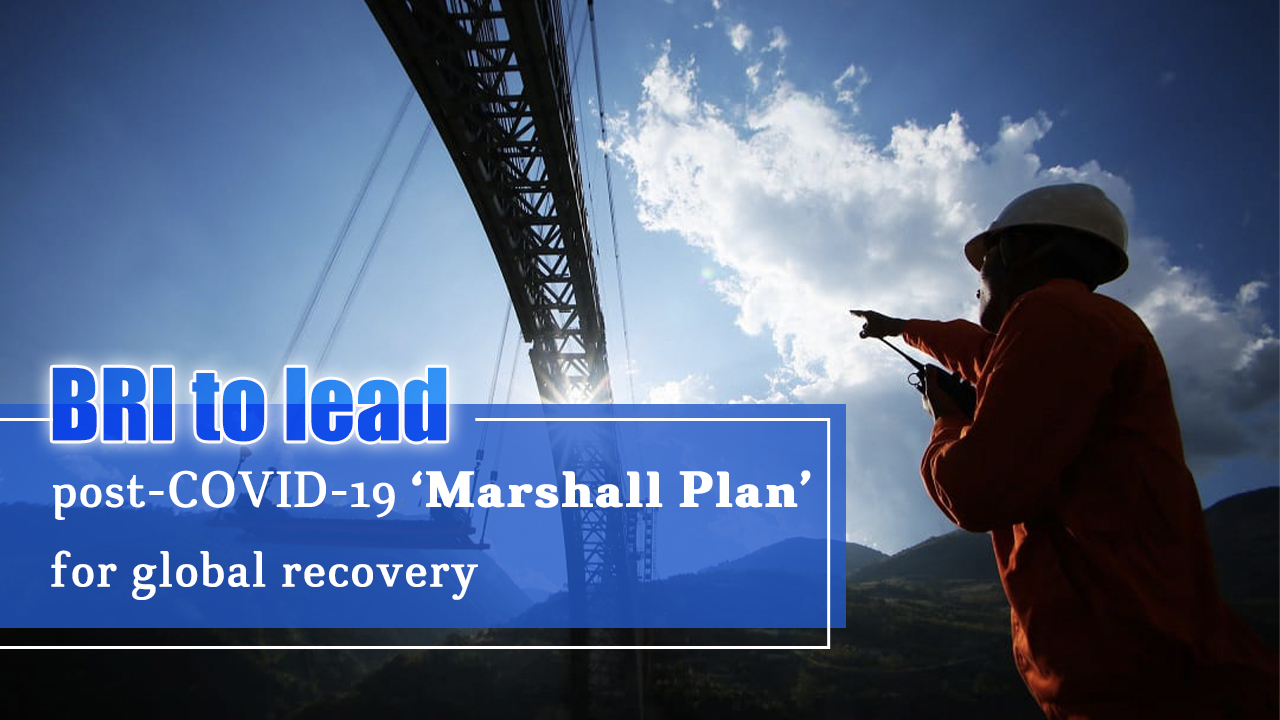 China's Belt and Road Initiative (BRI) has the potential to drive the post-COVID-19 global economic recovery and reconstruction in somewhat the same way that the American Marshall Plan rebuilt devastated Western European economies after the end of World War II, according to an Australian geopolitical expert and avid BRI researcher Digby James Wren. The process is also likely to hasten the emergence of a new world order.

The COVID-19 pandemic is proving to be "a major catastrophe to the world economy and to social cohesion" and the "BRI can act like the Marshall Plan did, in getting people back to work, getting food on the table, making sure that people are being paid, that they have jobs to do, and that infrastructure to be built," Wren told CGTN Digital in a WeChat video interview from the Cambodian capital Phnom Penh, where he is temporarily spending his days amid the global travel restrictions.

"That is the foundation and the whole premise of the BRI for economic growth, especially in emerging economies," added the academic from Australia's Deakin University and an international relations visiting scholar at Sichuan Normal University, Chengdu, where he pursues his latest research on the BRI.

Wren's optimism comes from the recognition that BRI has been already revitalizing all the associated countries, especially emerging economies across Afro-Eurasia while also connecting China and Russia to Central Asia and Europe. "This vision has been put into place through connectivity and has the capacity to be enlarged and strengthened to help the world economy get out of the COVID-19 post-depression that's currently underway," he stressed. 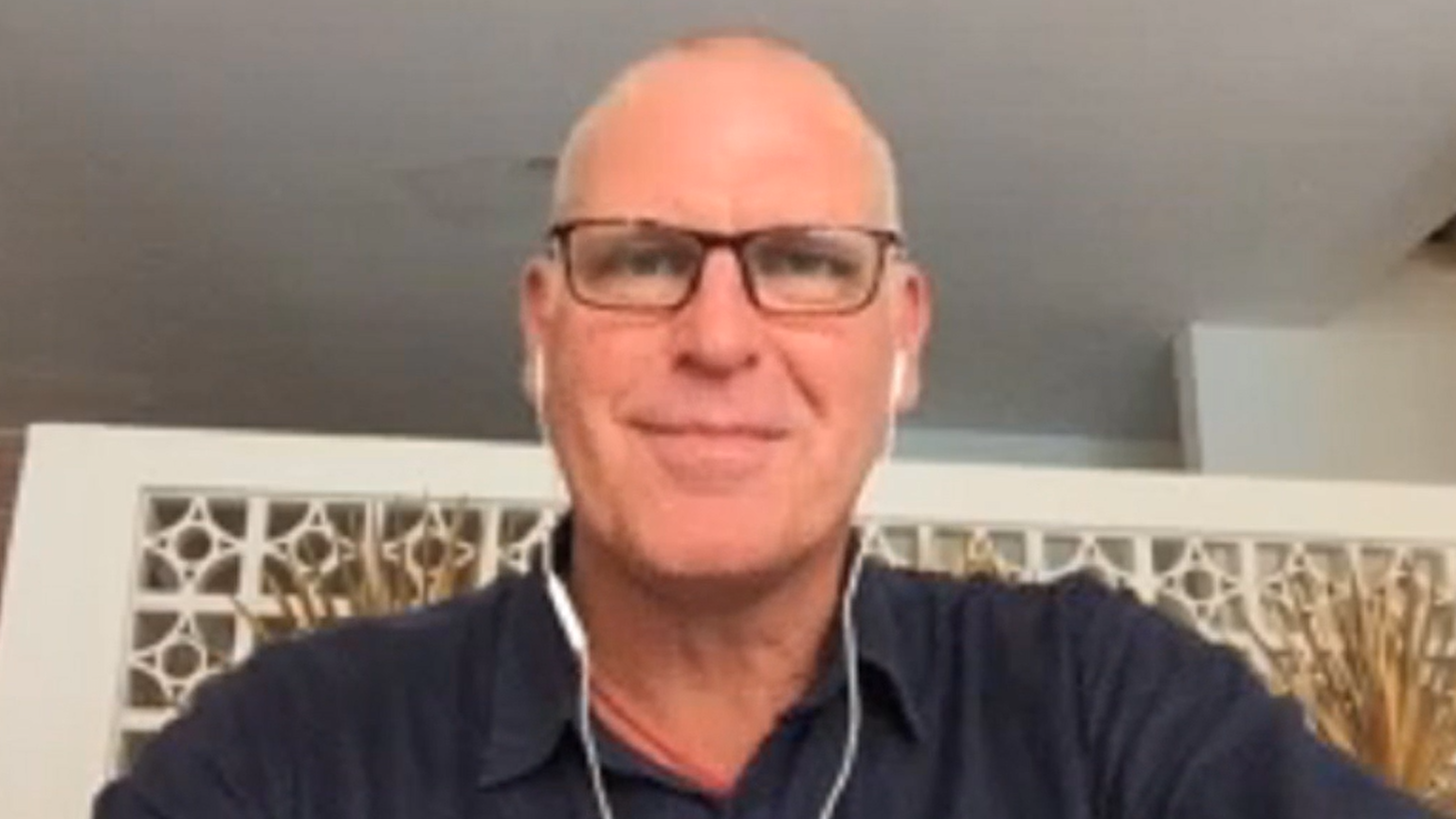 Read and watch: COVID-19: 'World's Factory' is springing back to life

Wren asserted that the potential of a post-COVID-19 recovery plan is far greater than the Marshall Plan. He also said that China, as the main sponsor of the BRI framework, along with other emerging economies will lead the global revival.

In support of his hypothesis, the Australian scholar cited China's strengths such as its vast manufacturing base, organizational excellence, infrastructure capacity and financial markets that are supported by the world's largest consumer market and connectivity across Afro-Eurasia.

"Let's face it, Europe is in a technical recession, so is the U.S.. China is not. And I think there's enormous potential with multilateral cooperation and coordination to get the BRI as a framework for revitalizing the global economy," he said.

With the economic weakness of the U.S. and Europe exposed during the global pandemic, Wren felt that there was a need for the emerging economies across Afro-Eurasia to shoulder the burden of global recovery. "If they (emerging economies) grow and China grows, India might go back into growth, then Europe and America will also benefit and this has to be seen this way," he explained.

"I'm not sure that the Americans are going to be supportive. But I think it won't matter if they are or not," Wren added, hinting at the increasingly diminishing global influence of the U.S. in the foreseeable future. 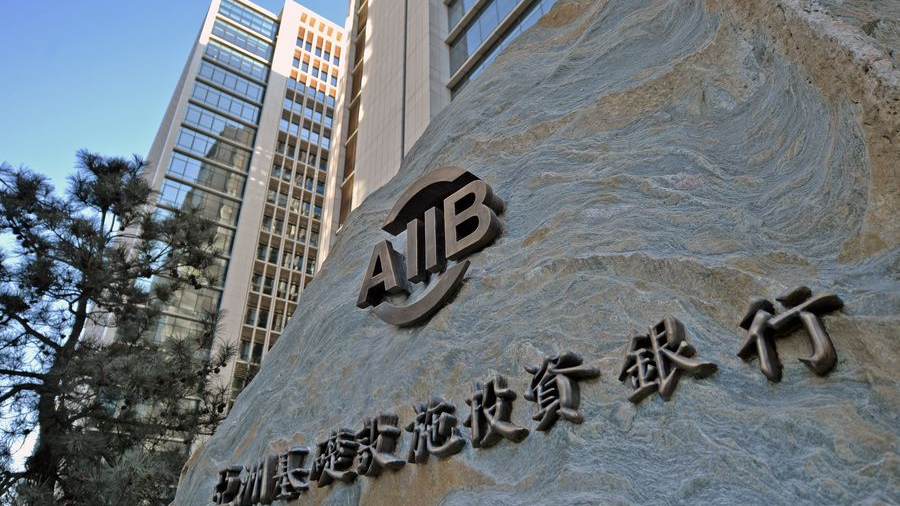 In a post-COVID-19 world, BRI-linked development banks are likely to play a critical role in financing and mobilizing resources for the global recovery. The Beijing-headquartered Asian Infrastructure Investment Bank's (AIIB) recently proposed to set out five billion U.S. dollars to create a COVID-19 crisis recovery facility.

"There are a number of multilateral, policy and development banks connected with BRI and I'm very pleased that the AIIB was the first to really do this," Wren said expressing hope that the BRICS Development Bank, African Development Bank in coordination with the International Monetary Fund (IMF) and World Bank will initiate similar post-COVID-19 recovery strategy.

"All of these development banks across Afro-Eurasia, the Pacific and also Latin America, are very capable of coordinating, and they should do that. The AIIB has given them the lead and this is going to grow substantially over the next two years," he added.

"These are sectors that can be supported immediately. Health is a major sector and China has got great strengths there. It is still the biggest manufacturer of personal protection equipment (PPE). Also, anything that can be done through digital means – cloud, virtual, IoT (Internet of Things) – and this would include online health advice," he remarked.

"Education is another important sector where digital is really important for people who can't get to classrooms. And I think China is very strong in that already. These can be extended out right across the Belt and Road region," he elaborated.

"Services, particularly some of the support services, related to government-to-government or corporation-to-corporation, or even person-to-person, these sorts of services can also be conducted online. And I think that's a growth opportunity along the BRI," he added. 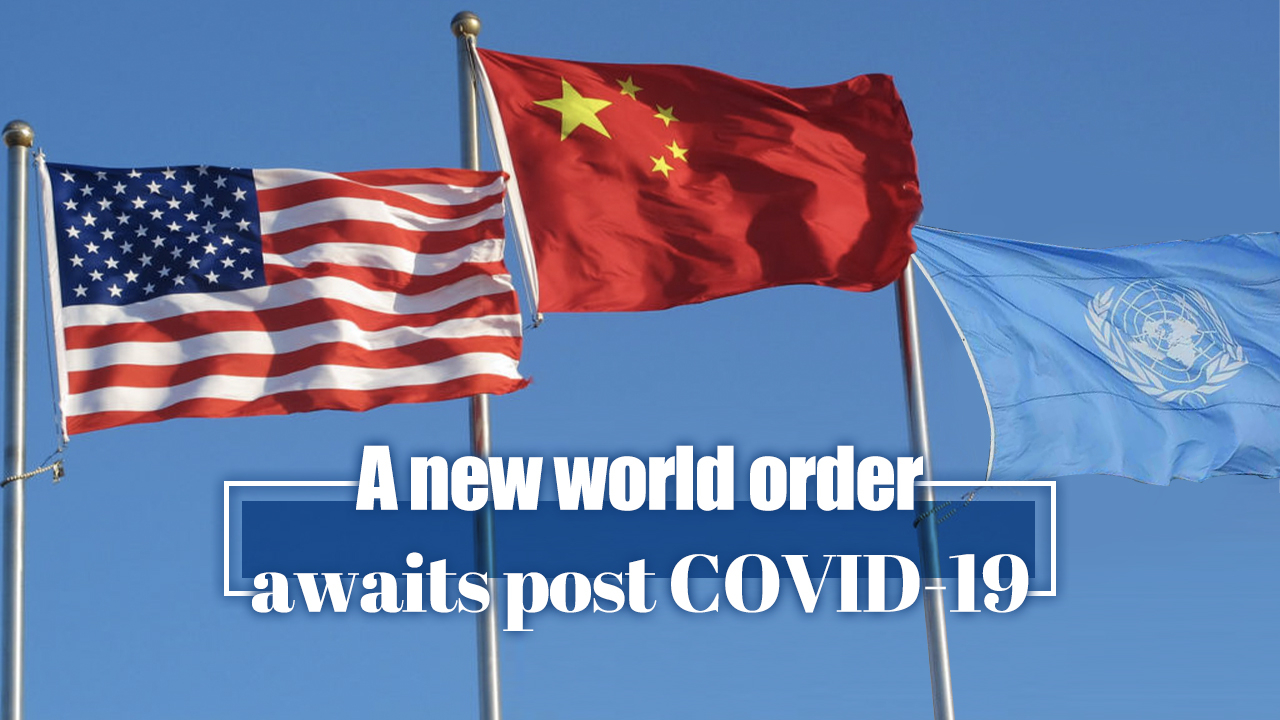 Read and watch: COVID-19 battle paves the way for a much stronger China 2.0

Pointing out that the global pandemic has exposed the structural weakness of the U.S., which has been considered the most powerful country for several decades, Wren foresaw the emergence of a new world order which will be multi-polar with Asia regaining its historical position as the global center of wealth and power.

"The facts on the ground are that the U.S. economy is far weaker than anybody thought it might have been. There were some people like myself who have been saying for quite a long time now that there were structural weaknesses in the U.S. economy and they are now being exposed. And that means that there's an acceleration of the changes that have been happening in the world order," the geopolitical expert opined.

"Now, no matter how much the Americans or the Anglo-Americans scream about the status quo, the reality is that wealth and power has been moving slowly back to Asia, where it had been before the Industrial Revolution. That process has been going on for quite a while now, and it's going to be accelerated because of this [pandemic]. And that's why the BRI is so important," he elucidated.

Wren felt that a weakened U.S. will not be able to fund the post-COVID-19 recovery plan, predicting that the next two years will be a critical period, "when the BRI can really pick up steam and get the global economy running."

The Australian academic said that the only opposition to this new order comes from the U.S.. "It is self-evident that we're headed into multipolarity in a real sense. The only ones resisting are the Americans but they are no longer in a position to resist." 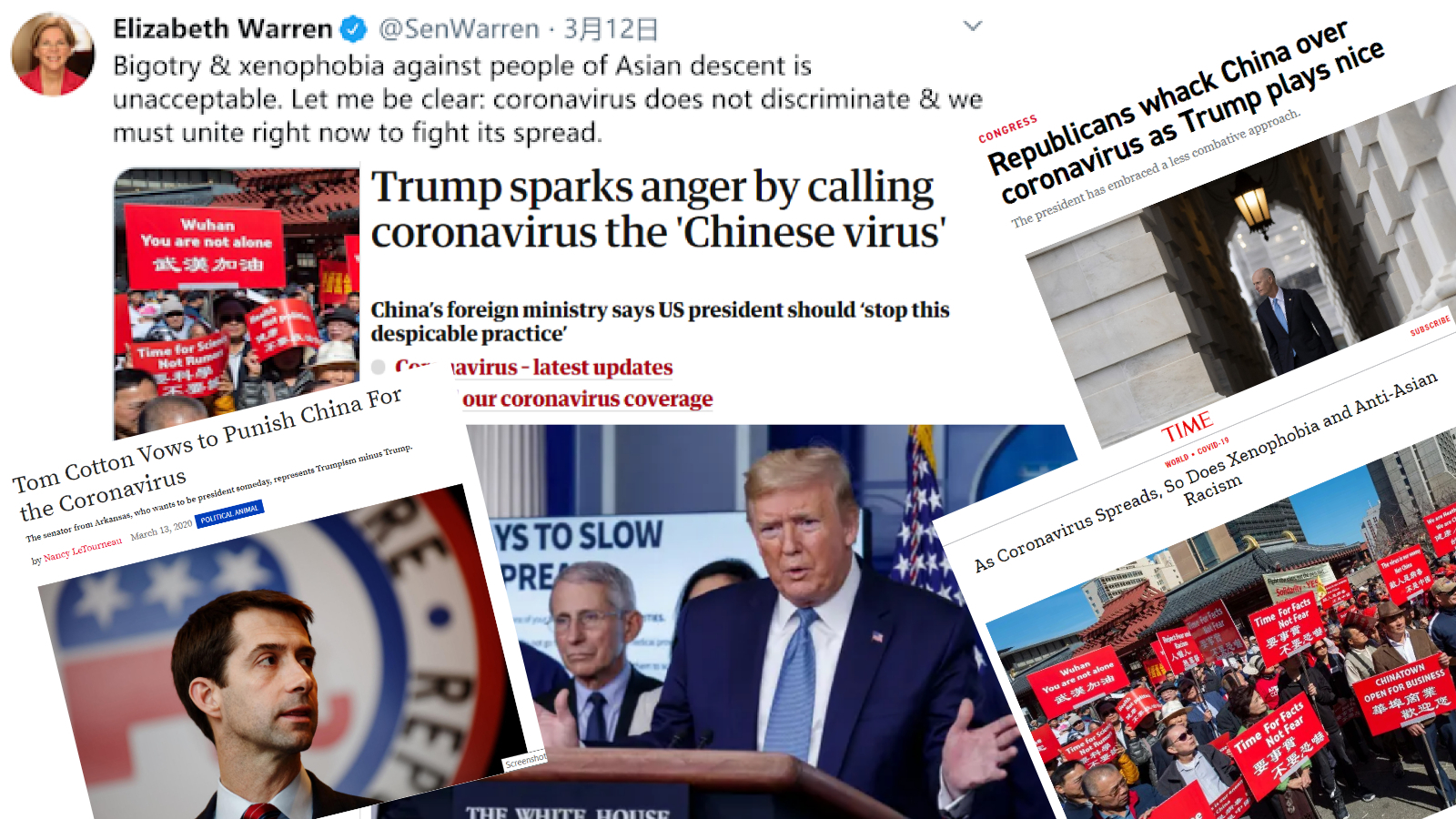 Some American politicians and a large section of the Western media are running a propaganda campaign against China, blaming it for the spread of COVID-19.

Some American politicians and a large section of the Western media are running a propaganda campaign against China, blaming it for the spread of COVID-19.

With the U.S. increasingly insecure over its own decline and the simultaneous rise of China, and amid mounting criticism of Washington's mishandling of the pandemic, some American politicians and a large section of the Western media have misdirected their anger on Beijing, blaming it for the spread of COVID-19. This has also triggered widespread xenophobic attacks on people of Chinese and Asian descent.

"This is outlandish behavior. A coordinated, calculated propaganda to deflect public around the world that are being affected gravely by this pandemic and real suffering. If they could organize their public health as well as they organize their propaganda campaigns, well, they would be a whole lot better off," Wren said.

With the U.S. now the epicenter of the COVID-19 pandemic, "the Americans are really very lost at this moment and also hit by the absence of leadership. This (propaganda) is the only way that they can offset and deflect it," he added.

Wren, however, believed that "most responsible people in and outside of the U.S." see through the veneer of this anti-China campaign.

"People understand that it is only propaganda and an attempt to take control of the narrative. But the reality on the ground is that China is providing enormous support to many, many countries that the U.S. is just not capable of doing right now. And this is the only reply they have. I think it's laughable and it should be just disregarded immediately," he concluded.