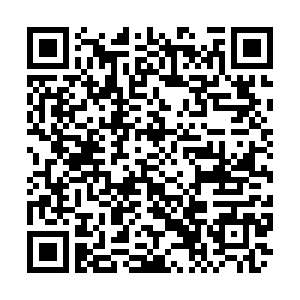 The first FYP started in 1953. A total of 13 five-year plans have been made and implemented except for a period of economic adjustment between 1963 and 1965.

2020 is the last year of the 13th FYP. Now China is drafting its 14th such document. All eyes will be on China's annual Two Sessions in late May for more details to be released.

From the first to the 13th FYPs

After the founding of the People's Republic of China in 1949, China's economy went through a recovery period. In 1953, the central government launched its first FYP (1953-1957), which aimed at turning China from a agricultural country into an advanced industrial country with a focus on the development of the heavy industry.

The next five FYPs put emphasis on agricultural and industrial development. The second FYP (1958-1963) carried on the industrial development centered on heavy industry. The major tasks of the third one (1966-1970) were to develop agriculture and strengthen basic industries. The fourth (1971-1975) set goals for output of agriculture and industry and investment in infrastructure. The fifth FYP (1976-1980) set up a goal of building up an independent and relatively complete industrial system.

From the second to the fifth FYPs, the Chinese government was in an exploring period of setting up and implementing its own medium- to long-term development guidelines. The goals went through constant adjustment along with the accumulated knowledge and experience.

China's early FYPs once set specific production quotas, for instance, for steel and grain. Since the early 1980s, as China was in the process of establishing a socialist market economy as part of its socialism with Chinese characteristics, the role of the plans has been relaxed, with most numerical targets abandoned.

The sixth FYP (1981-1985) mainly focused on adjustment and solving the problems of previous plans.

The interactive project analyzed the text of the first and the seventh to 13th FYPs as the full text of the second to sixth was not available. The eight official documents involve 360,000 Chinese characters.

In terms of the length of each FYP, the first one is the longest, serving as foundation for future plans. 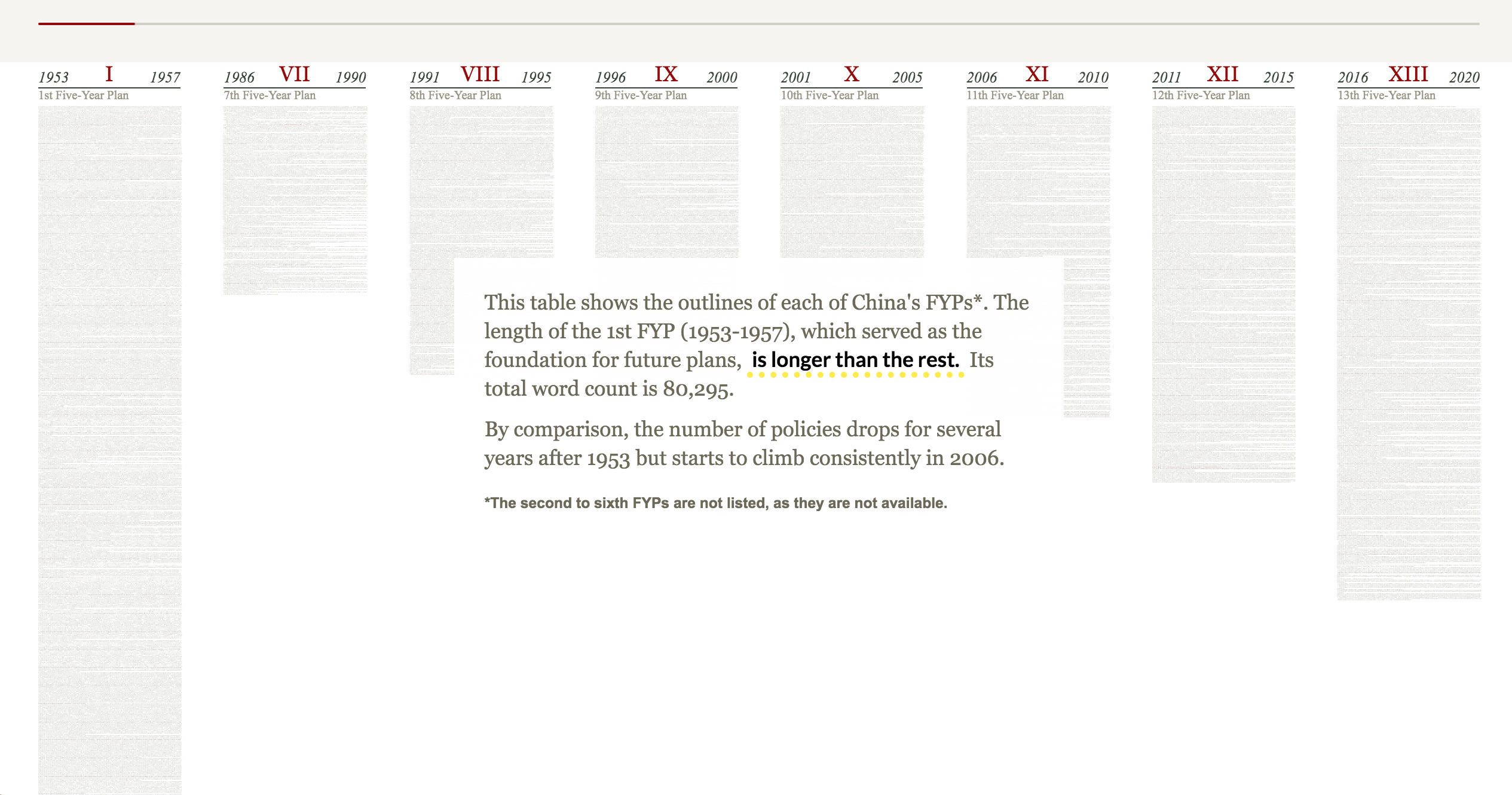 The seventh FYP (1986-1990) hatched up to build a foundation for a new socialist economic system with Chinese characteristics.

The eighth FYP (1991-1995) put industrial restructuring in priority, and further promoted the development of technology, education and foreign trade.

The 11th (2006-2010) proposed to optimize and upgrade the industrial structure and improve resource utilization.

The 12th (2011-2015) purposed to increase input in education and science and technology and set goals for environmental protection.

In recent years, the plans have been not just economic in focus. Much attention is also given to a wider range of priorities including environmental protection – targets for cutting carbon emissions and optimizing energy use – and to social welfare programs such as health security and job creation.

How is China spurring on foreign trade via its Five-Year Plans?