Beyond Meat expands reach in China as intl. rivals get ready for market debut
Nadim Diab 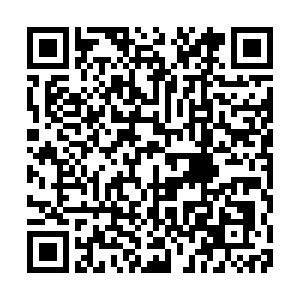 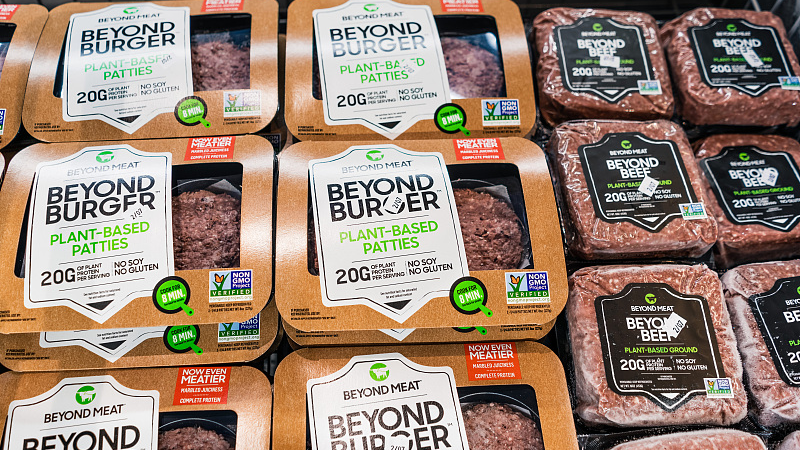 Beyond Meat is increasing its footprint in China with a new tie-up that would potentially make its faux beef products available in thousands of points of sale in the country – an outlook that seems to have whetted the appetite of Wall Street investors on Monday.

The California-based company is partnering with imported food distributor Sinodis, giving Beyond Burger and Beyond Beef access to a network of 4,500 wholesalers, restaurant chains, hotels, and caterers.

"Our goal is to promote the accessibility of plant-based meat on a global scale, provide consumers with more choices and enable them to enjoy the nutritional and environmental benefits of plant-based meat," said Beyond's Chief Growth Officer Chuck Muth in a statement.

"China has a large population and a strong interest in plant-based meat. We are committed to strengthening infrastructure construction to support our long-term development strategy in China," he added.

The distribution deal props up prospects of higher sales for the startup, which is already benefiting from increased demand and expanded retail presence at home thanks to COVID-19.

Read more: Beyond Meat stock down after UBS downgrades rating to 'sell'

The coronavirus has hit hard meat processing and packaging facilities across the U.S. over the past few weeks, disrupting beef, pork, and poultry supplies and prompting Americans to turn to meat alternatives. For Beyond Meat, that meant shifting focus from restaurants and fast-food chains, whose businesses felt the pinch amid lockdown measures and shuttered dining rooms, to supermarkets.

The company's stock surged on Monday on the back of the partnership news, ending the day 21.67 percent higher at 162.46 U.S. dollars.

Beyond Meat only landed in the Chinese mainland a few weeks ago, but has since moved fast to expand its reach in the country.

It joined hands with Starbucks to premiere its beef substitutes in late April, opened accounts on Chinese social media platforms Weibo and WeChat, and teamed up with Yum China last week to debut its famous burger at KFC, Pizza Hut and Taco Bell.

The trial, however, is running at a few outlets for a handful of days. Colonel Sanders for example was offering the beefless patties in just five of its more than 5,000 stores nationwide between June 3 and 5, while the June 8-11 Pizza Hut promotion is only available for members who purchased pre-sale coupons.

Yum China CEO Joey Wat said the taste test, which is meant to gather consumer feedback, could lead to "large-scale rollouts in the future," but its small scope and short duration have prompted some to call it a PR stunt.

Whether something substantial will come from this collaboration remains to be seen, but Beyond Meat is trying to make the best of its first-mover advantage in the country.

The battle between plant-based meat makers is about to heat up in China as more domestic and foreign companies attempt to conquer a market expected to swell to 11.9 billion U.S. dollars by 2023, according to pre-COVID-19 estimates from Euromonitor. The pandemic is believed to be accelerating the plant-forward eating trend.

Homegrown players have been leveraging technology and knowledge of local culinary preferences to tailor simulacrums familiar to Chinese palates with more bite and chew to them, from spam to dumplings, ahead of the imminent deluge of burgers, sausages, and bacon from big international names.

For now, Beyond Meat is the only foreign alt-meat brand with a presence in the Chinese mainland, but penetrating the market is in the pipeline for many of its rivals.

U.S. agribusiness Cargill piloted chickenless nuggets at select KFC stores in three Chinese cities in April before announcing it is launching a wider range of meat alternatives in the country in June in partnership with a local distributor. Nestle last month revealed its plan to build a production facility for plant-based meat in the coastal city of Tianjin, the company's first in Asia. Meanwhile Impossible Foods, which held a one-off test at a trade expo in Shanghai last year, is working to get its bleeding burger to Chinese consumers and earlier this year unveiled a substitute to pork, a longtime favorite in the country.

Beyond Meat is pulling out all the stops to win over China – and with the space expected to get crowded, its aggressive expansion policy might just be the way to go if it can back up the buzz with banging flavors.