Alien Fungi: The corals of the land
Zhao Ying 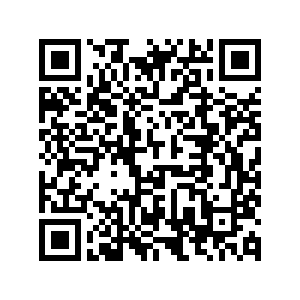 It is often believed that the corals only live under the oceans, but the colorful coral mushroom appears straight out of the sea to make a mystic home in the woodland.

Unlike typical mushrooms with a stalk and a cap, coral mushrooms from the family Clavariaceae have a distinctive antler-like shape. They are usually 5-12 centimeters long and 2-8 centimeters wide, about the size of a sticky note.

Like sea corals, terrestrial coral mushrooms can be found in a variety of colors, like white, purple, red, and yellow. 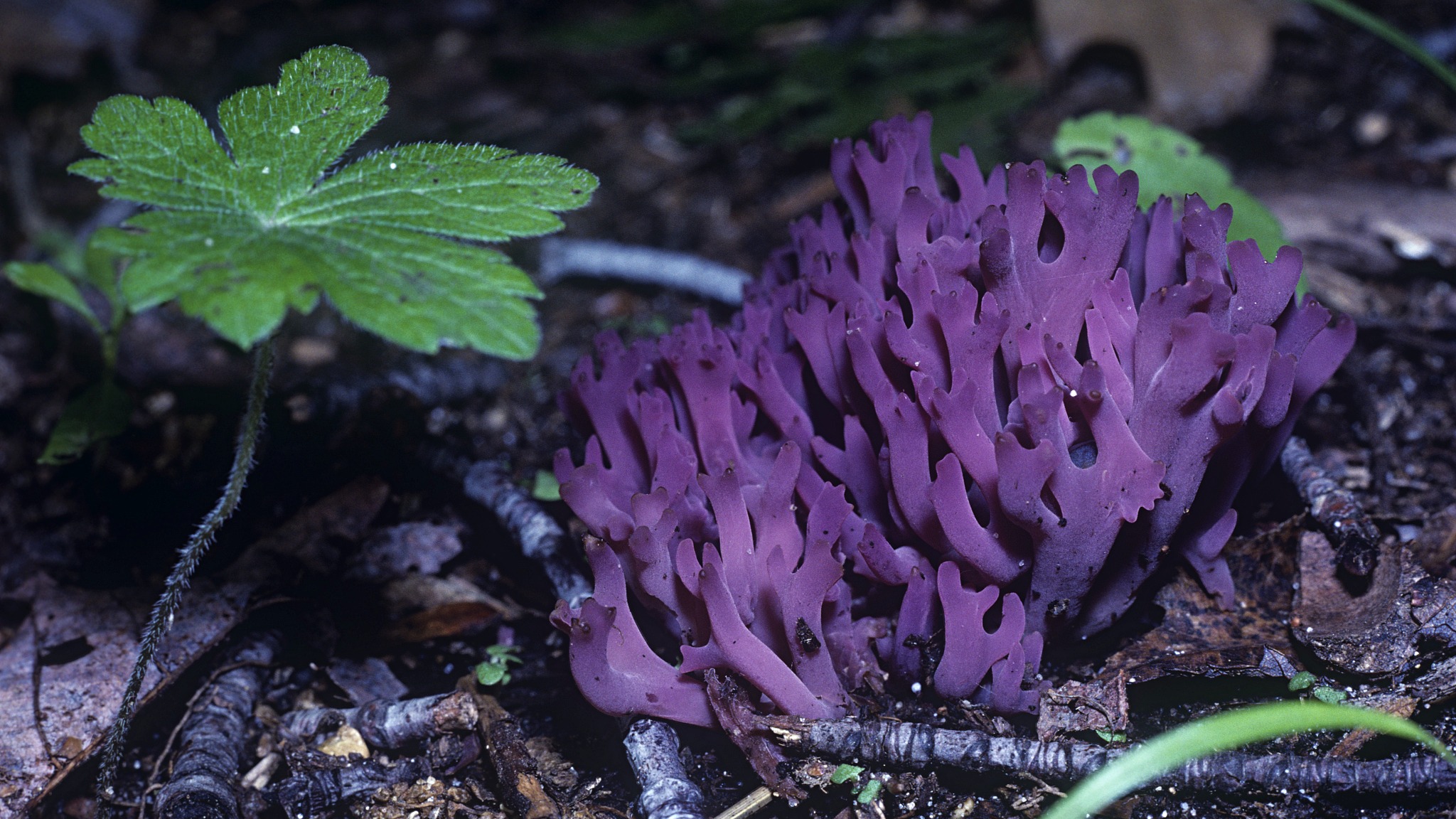 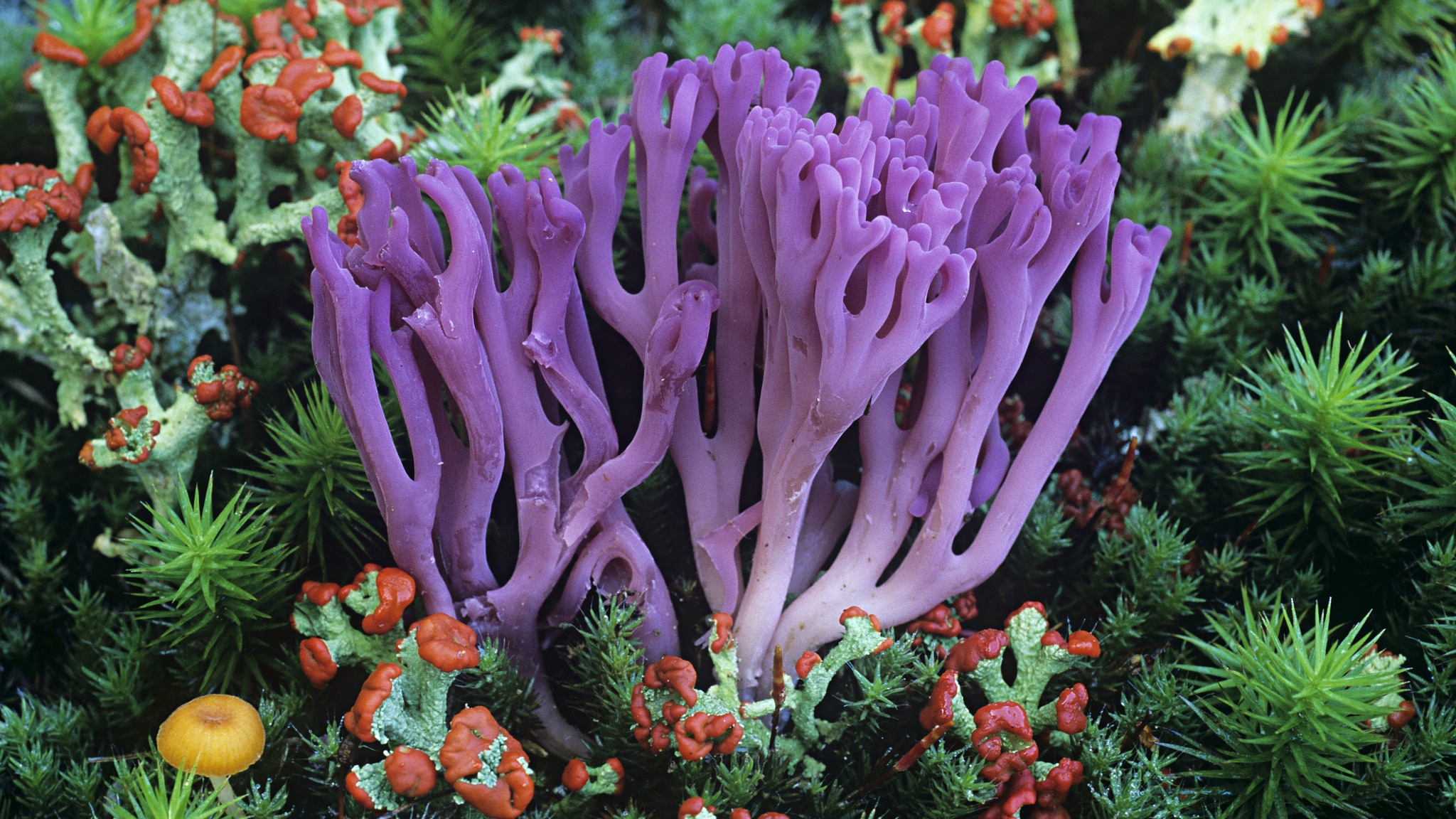 This purple coral mushroom with delicate and smooth branches is called the violet coral. It is usually found either alone or in clusters in both woodlands and grasslands, typically near hardwood trees or with mosses.

Despite its vibrant color, the violet coral has no special odor. It is edible in small quantities and tastes like radish and cucumber. Its purple color is not permanent, and can wash out to gray or brown with age or after rain.

You can find this purple coral mushroom in Australia, New Zealand, North America, South America and Asia. In Ireland, the violet coral is often used as an indicator species of fungal diversity in grasslands. 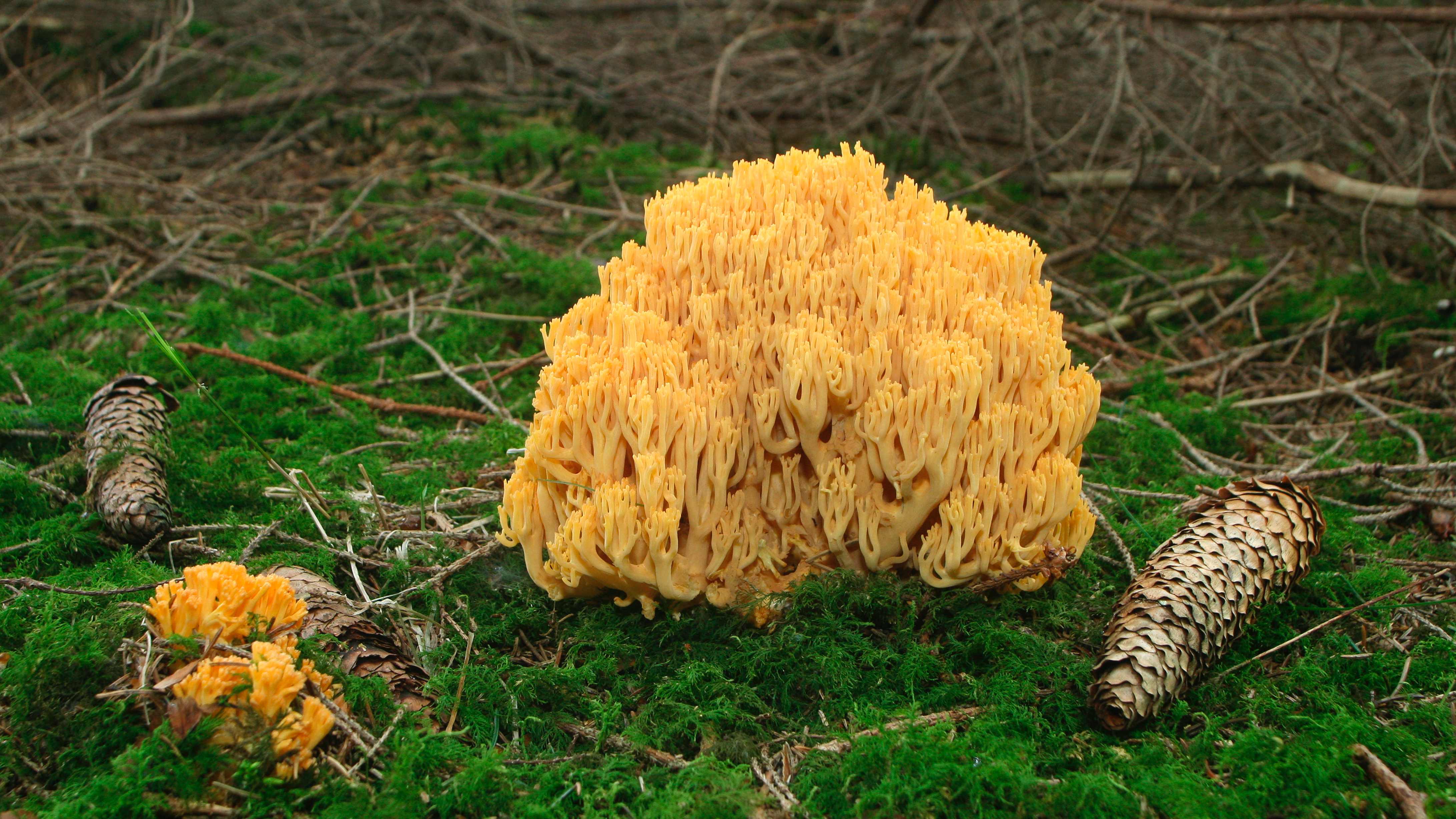 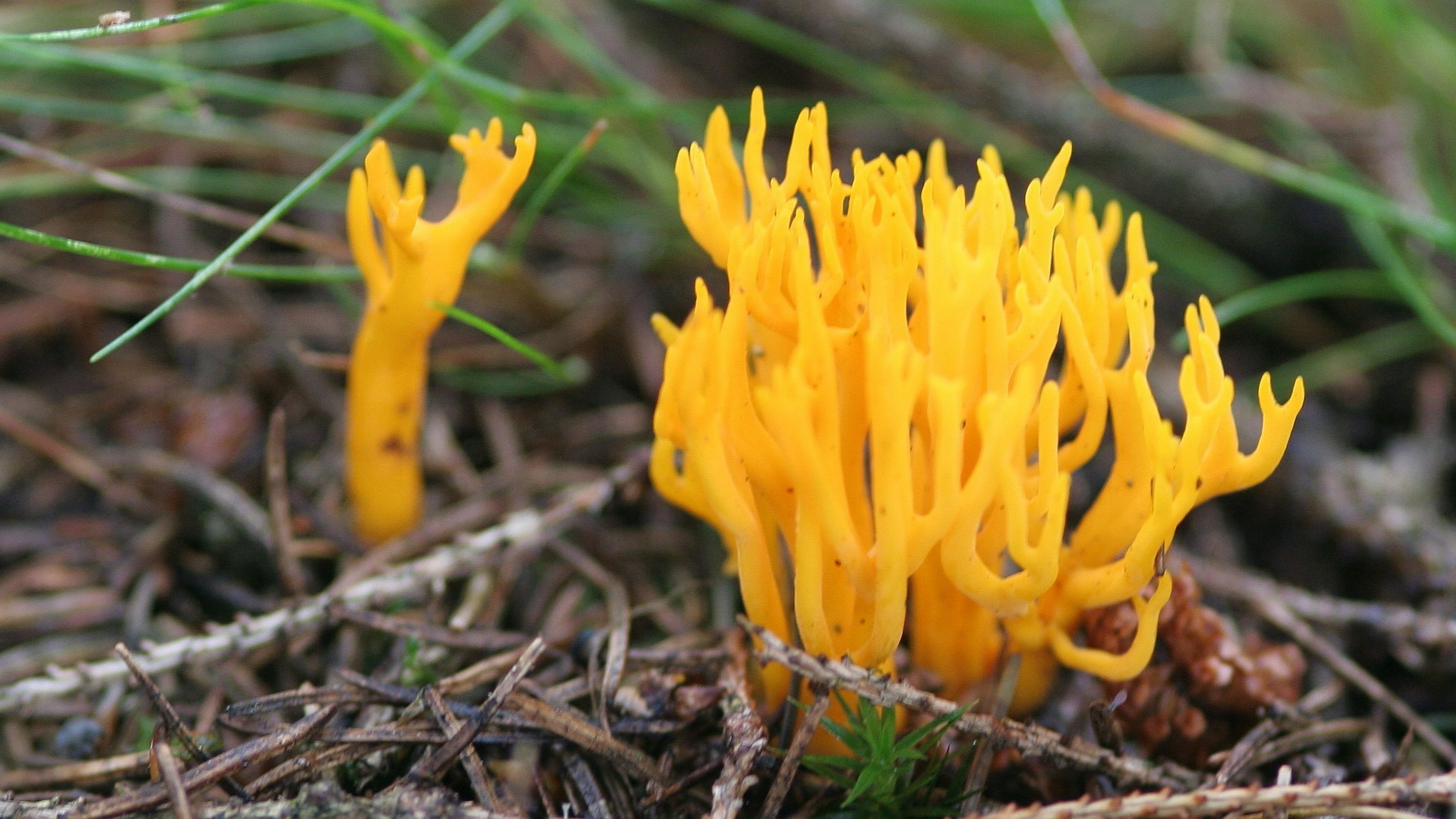 There are many types of yellow coral mushrooms. It's sometimes hard to distinguish one from the other. Many of them are edible, but it's better to eat them in a small portion because they may upset your stomach. The yellow-tipped coral fungus or Ramaria formosa is said to be mildly poisonous and may lead to nausea, vomiting and diarrhea. 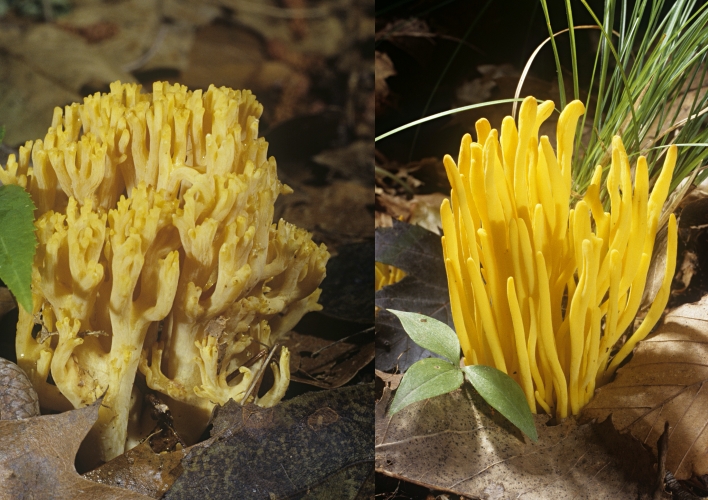