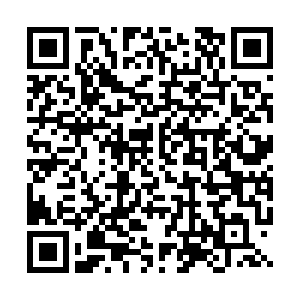 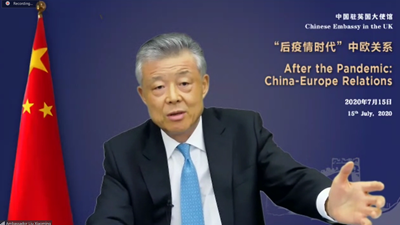 The law, he explained, is aimed at preventing, suppressing and punishing four types of criminal activities: secession, subversion, terrorist activities and collusion with a foreign country or with external elements to endanger national security.

Liu said nearly 3 million Hong Kong citizens have signed a petition in support of the law, and more than 70 countries in the world, including some European countries, have voiced their support.

However, some European politicians have made irresponsible remarks regarding this law to interfere in Hong Kong affairs, which are internal affairs of China, he pointed out.

He said he hopes the EU side can view the National Security Law for Hong Kong SAR from an objective, reasonable and fair perspective and take concrete steps to observe international law and basic norms governing international relations.

Speaking on UK's 5G ban on Huawei, Liu said the decision was "disheartening."

"Now I would even say this is not only disappointing – this is disheartening," Liu said, adding that Britain had "simply dumped this company."

"The way you are treating Huawei is being followed very closely by other Chinese businesses, and it will be very difficult for other businesses to have the confidence to have more investment," he said.

How will the UK's Huawei ban impact the bilateral relationship?