On a wing and a prayer – How to be an actor during the pandemic?
By Wang Xiaonan 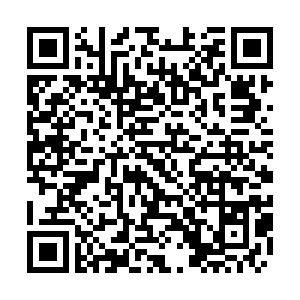 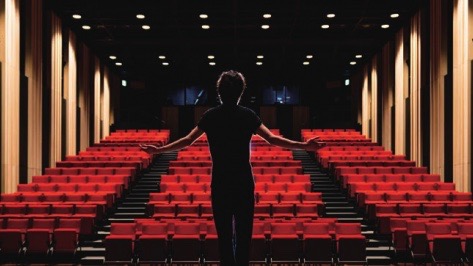 Editor's note: The coronavirus pandemic attacks all – the rich, the middling sort, the pauper, but it's not an equal-opportunity killer. The virus is changing the conditions of underprivileged people from bad to worse, and causing many to join the ranks of the vulnerable worldwide.

Actors may not come to your mind when talking about the virus-hit populations, but many of them are grappling with low to zero income during this tough time. This story focuses on how actors temporarily furloughed by the pandemic are helping out. Here you can read the first, second, third, fourth and fifth stories of our series "In the era of pandemic, every life counts."

"I've had almost zero income for half a year due to the coronavirus outbreak," said Xirzat, an actor based in Beijing. He has spent most of his savings from working day and night over the past three years after graduating from the Central Academy of Drama, one of China's top arts institutions. "Many of my alumni, big shots and nobodies, have been sitting idle for months."

The unfolding pandemic is making glamorous, high-income and footloose actors among the new vulnerable groups. With social distancing rules in place, filming for movies and series is halted, theaters closed and auditions cancelled... Working from home is inapplicable to actors as physical contact is imperative.

"Literally, we are furloughed," Xirzat told CGTN. He keeps sending resumes every day to filmmakers and studios in case they find him fit for a role in any of their productions. In the meantime, he's been live streaming from home to help cover his daily expenses, as most actors are doing under the "new normal." 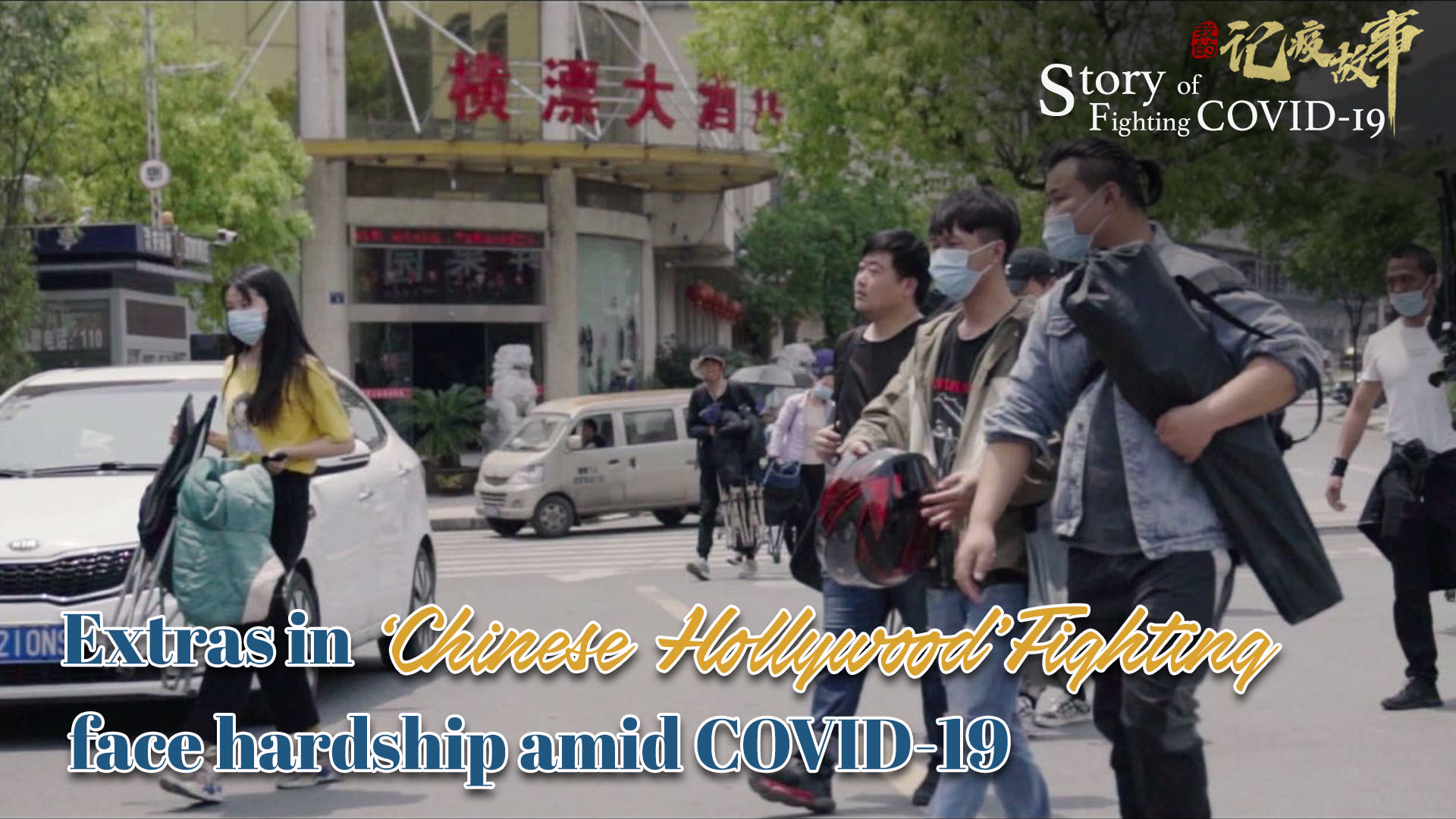 While actors by training can sustain a living from quarantine, extras are not as lucky.

Li Jiwei and Xu Guanping tied the knot when working in the town of Hengdian in eastern China, known as the Chinese Hollywood. Since the outbreak, they have turned to delivering food as the country's largest film studio turned into a ghost city over time. "As a takeaway rider, you get more by working more. I could make more money for my kid," said Li. Like their colleagues who pursue the dream of becoming career actors, they skimp on food and other daily necessities in order to pay the house rent in the movie town.

Now some 80 percent of the 185 takeaway riders in Hengdian are extras. They thought they could resume work after the Spring Festival holiday but the pandemic has changed everything. Living paycheck to paycheck, these working extras have to take on extra jobs. Li Haishan works as a film crew during the daytime and delivers meals at night. "If you don't work, you will probably starve," he told CGTN.

Despite the testing times, most of them are reluctant to go back to their hometown. They are waiting for a full comeback of big screens so that they can again step closer to their dream. 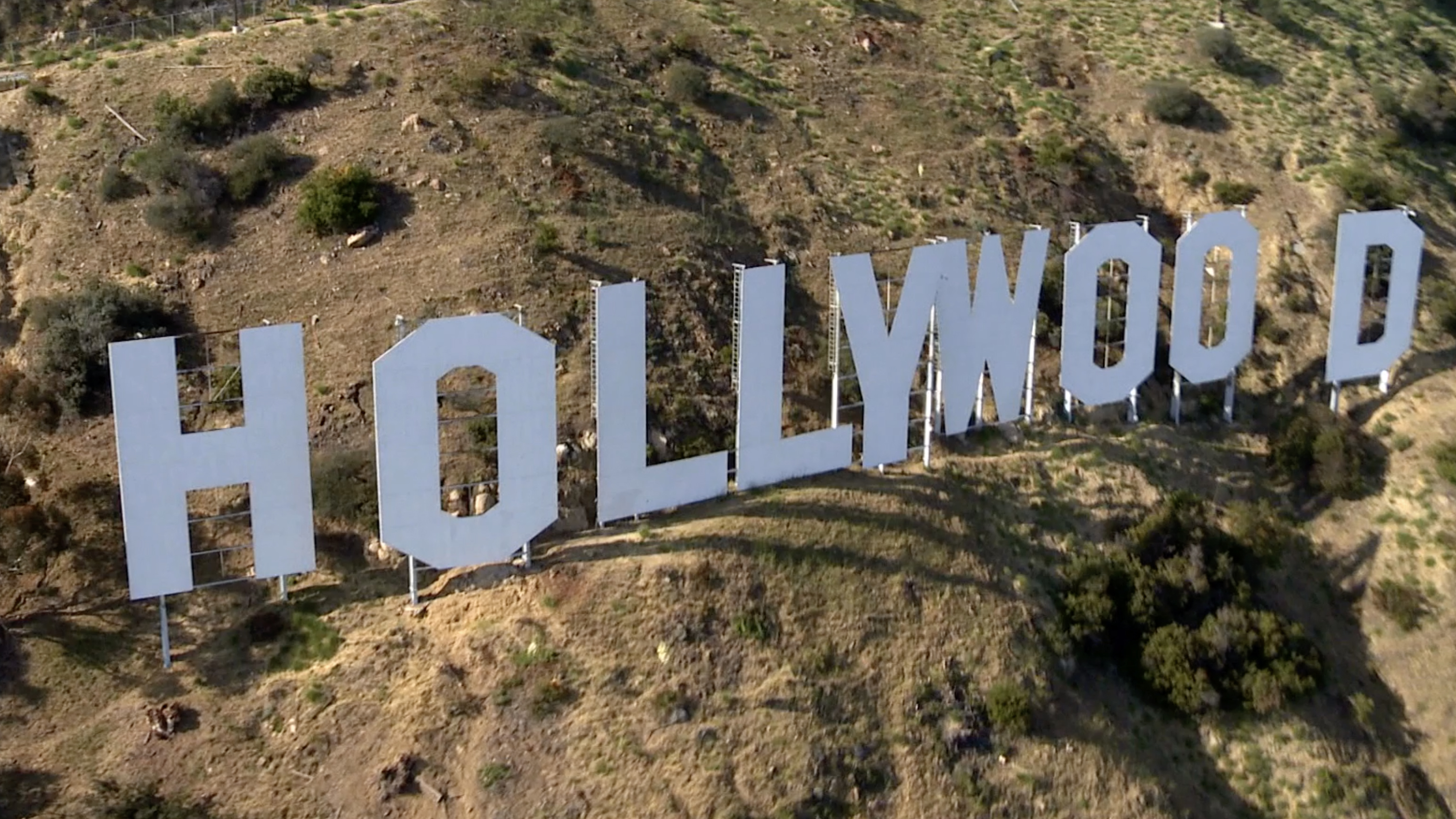 The situation is equally grim across the pond. Hollywood could face up to 20 billion U.S. dollars in losses this year, and reports that even the most versatile actors can't find work make headlines from time to time. It's estimated that 1 million professionals in the U.S. entertainment industry are out of job owing to the pandemic.

"The pandemic started during the pilot season. As actors, we are preparing for the pilot season over the year, so this is pretty upsetting," Francesco Bauco, an Italian actor based in Hollywood, told CGTN. Besides financial worries, he also underlined psychological stress.

Perhaps the only good thing is that the coronavirus shutdown offers more time for contemplation. "I think that all of us, we need this moment with ourselves in isolation to understand what we really want," Bauco said.

Even before the virus hit, the economic downturn had already impacted the film and television industry. The pandemic only made matters worse.

"I've gone through the period of hibernation in the industry. I'm starting to play mainstream roles despite my 'exotic' appearance. I believe I can get through these lean times, too," said Uygur actor Xirzat.

The news that cinemas are reopening in China's low-risk areas as the country recovers from the deadly pandemic gives more confidence to him and his peers. For them, performing is in their blood and the show must go on.