U.S. is behaving like a bully against Chinese tech firms
Abhishek G Bhaya 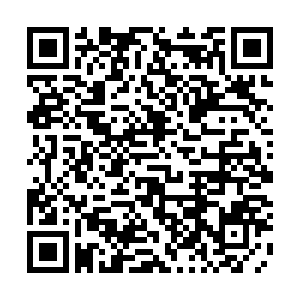 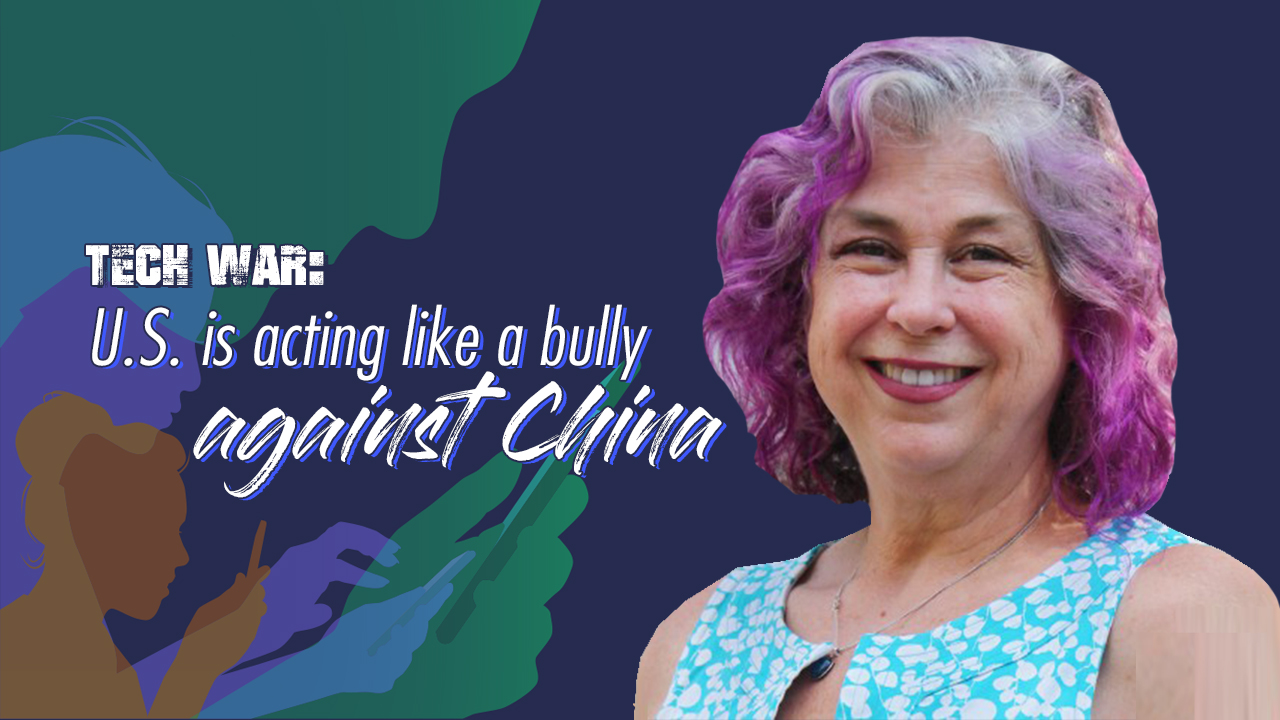 In targeting Chinese tech companies and apps, the U.S. is behaving like a bully and against the very idea of "capitalism" and "competition" on which the country was founded, according to an American businesswoman and social media influencer who keenly follows the relations between Beijing and Washington.

"It almost makes us look like we're a bully. Doesn't it make us look like we're a bully? And if you don't do what we say, by the way, even if you were friends, then we're going to retaliate against you," Debra Ruh, CEO and Founder of of Ruh Global IMPACT told CGTN Digital referring to President Donald Trump's slew of actions against Chinese tech giant Huawei and apps such as TikTok and WeChat.

Earlier this month, the U.S. President signed an executive order barring transactions with TikTok's parent company ByteDance and WeChat's owner Tencent with the Trump administration claiming it was stepping up efforts to purge what it calls "untrusted" Chinese apps from U.S. digital networks describing them as "significant threats."

"This is very troubling; I've never seen a president target corporations of other countries. To me it's very chilling. It's a very dangerous precedent. It feels like we are just singling out China and the way we're going to get to China is through the corporations and bringing down apps and bringing down entire corporations, not letting them work in the United States," Ruh lamented, speaking via Zoom from her residence in Rockville, Virgina, U.S.

"I love my country and it's really frightening right now the way we're handling COVID-19 or we're not handling it. And, then on top of it, we're going to continue to attack China through almost what appears to be a tech war," she added.

Trump's presidential decree says that TikTok and WeChat must sell their U.S. operations to American entities by September 15 or face a ban. Amid speculations of a merger deal between TikTok and Microsoft, Trump even demanded a cut from the likely deal for the U.S. Treasury. 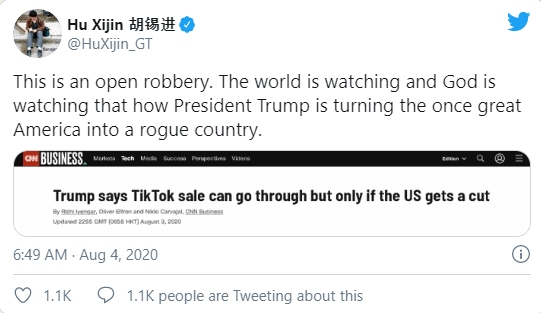 Screenshot of a tweet by Global Times Editor-in-Chief Hu Xijin.

Screenshot of a tweet by Global Times Editor-in-Chief Hu Xijin.

TikTok is reportedly suing the Trump administration claiming that the U.S. didn't give it a chance to respond; while Tencent has shrugged off any major impact from the decision as it announced an unexpected 37 percent quarterly net profit.

Many critics, including Ruh, see Trump's decision as unconstitutional and almost like an extortion.

"I think it's unconstitutional. Thank goodness, there are three branches of the U.S. government. There's our court systems, there are executive offices, and then Congress and Senate. So our Constitution is trying to protect the people from acts like this but it looks like extortion to me. I don't believe it'll be allowed by our courts," she hoped.

Ruh felt that Trump's actions go against the very foundation of the U.S.

"We were founded on capitalism and freedom of speech and free enterprise and that means competition, good-natured competition, including competition from companies, maybe from other countries that are getting better than us. I mean, that's progress. That's technology progress," she emphasized. "And I think some of this also is the fear that China is going to be better than us with artificial intelligence. And so, I think it's fear of competition." 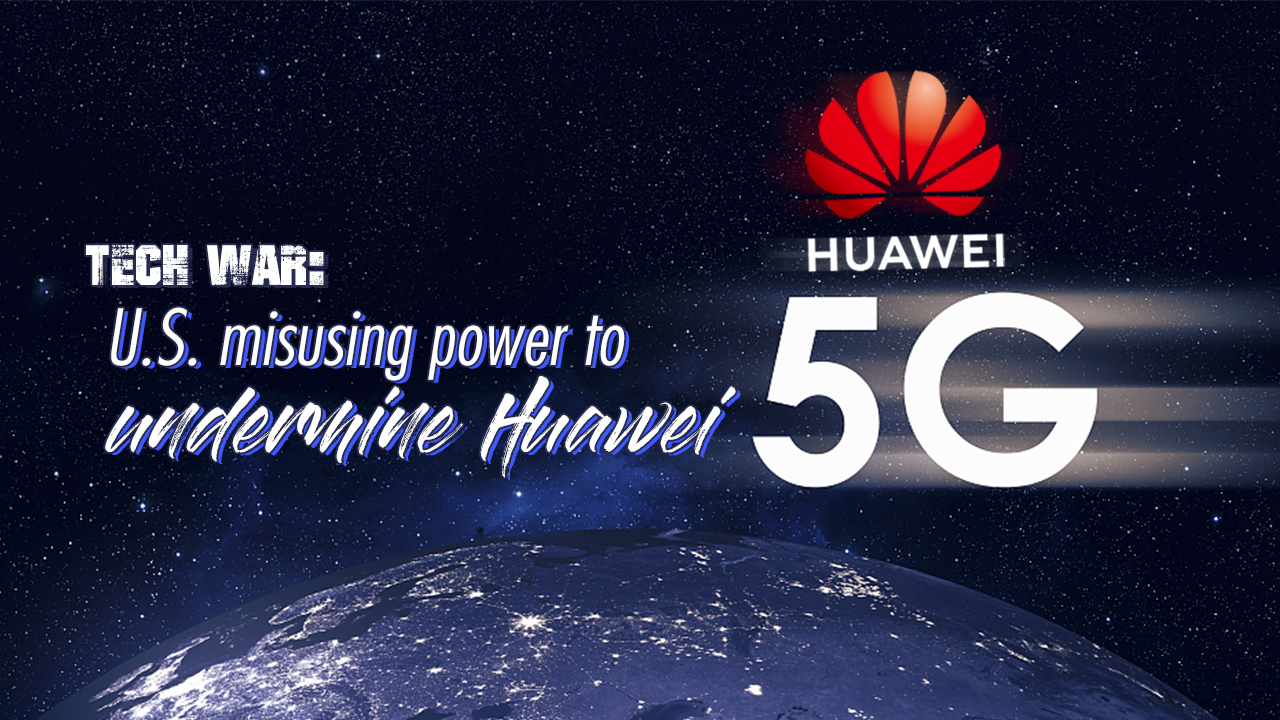 The latest decision appears to be an extension of U.S.'s tech war against China, most prominently witnessed in Washington's concerted effort to undermine the global outreach of Huawei's superior and more affordable 5G technology. Trump has not only banned Huawei in the U.S. but has threatened sanctions even against allies, including the U.K., if they allow the Chinese firm participate in their 5G roll-out plan. Earlier last month, London succumbed to Washington's pressure and banned Huawei from its 5G network development.

"I think we're being bullies about it. It's embarrassing, and we're not only pressuring the United Kingdom, we've been pressuring Australia, we were pressuring different countries in Europe, like we were pressuring Germany," Ruh noted, reiterating that the U.S. is behaving "absolutely like a bully."

"We're misusing the power that we think we have. I think it's a mistake for any one country to think they're better than the other countries or they're stronger, they're more important. I don't think any country is more important than any other country. I think we are one world and this world is in trouble," she added.

Ruh, who attended the Huawei Connect 2019 event in Shanghai last summer, is all praise for the Chinese tech giant.

"Huawei impresses me so much, their technology is so good. I love that they started with rural China, and really cared about the parts of the market that really, other companies wouldn't be interested in because they're not going to make enough profits. I've become a huge fan of Huawei," she said. "Unless I'm totally fooled, they just seem like a very rational, hard-working, smart corporation that has done a really good job of offering products at a better price than some of our American companies."

Comparing China's 5G advantage, via Huawei, to Japan's progress in the automobile sector, Ruh said: "The same thing happened with our automobile industry. I love American cars but Toyota ended up winning my family's heart because they built a better product.”

"I think that the United States is very worried about losing its global position, which I think we're worrying about the wrong things," she remarked noting that the U.S.'s thrust to remain No. 1 in everything is a dangerous geopolitical idea.

"I don't know why one country has to be better than other. I believe in humanity and one world and us protecting and supporting each other so that we can fix the largest global problems like climate change," she asserted.

Ruh has urged fellow Americans to pressurize their respective legislators to stop Trump administration's threat against China. She is also backing an online petition against banning Chinese apps in the U.S.

"I think it's wrong for us to be creating this kind of relationship with China. China is very, very important to the United States and to the world. What Trump is doing isn't just wrong, it's dangerous," she concluded.