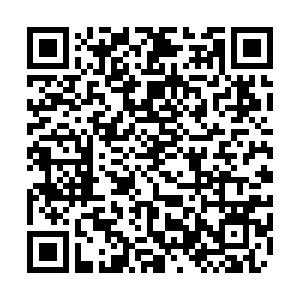 The fifth plenary session of the 19th Central Committee of the Communist Party of China (CPC) will be held from October 26 to 29 in Beijing, according to a decision made at a CPC Central Committee Political Bureau meeting on Monday.

Chinese President Xi Jinping, also general secretary of the CPC Central Committee and chairman of the Central Military Commission, presided over the meeting.

The proposals for formulating the 14th Five-Year (2021-2025) Plan for Economic and Social Development and future targets for 2035 will be assessed during the fifth plenary session.

Facing the complex international situation, especially the severe impact of COVID-19, China has made remarkable progress in scientific and technological areas, and the country's comprehensive national strength has also been enhanced during the 13th Five-Year Plan (FYP) period, said a statement released after the meeting.

The main targets and tasks in economic and social development for the year were accomplished, and progress in achieving the main targets listed in the 13th FYP (2016-2020) met expectations, according to the report delivered at the third session of the 13th National People's Congress.

"All of these successes laid a crucial foundation for completing the building of a moderately prosperous society in all respects," the report said.

Goals and tasks for the 14th Five-Year Plan

The meeting discussed a report on the consultation of public opinions over a CPC document concerning the formulation of the 14th FYP and targets for 2035.

China has solicited public opinions online on compiling the 14th FYP since August 15, and President Xi Jinping presided over a series of symposiums to directly listen to the opinions and suggestions in various areas related to the FYP, the statement said.

"This is a vivid practice of socialist democracy in the country," it read.

Several aspects to further promote the country's development during the 14th FYP period were highlighted during the meeting — upholding the overall leadership of the Party, putting the people first, building a new pattern of development, and deepening China's reform and opening-up.

Building on the achievement of finishing the building of a moderately prosperous society in all respects and achieving the first centenary goal, the 14th FYP period will mark the first five years of China's new journey toward fully building a modern socialist country and march toward the second centenary goal.

The CPC has set two centenary goals to complete the building of a moderately prosperous society in all respects by 2021 and to build a modern socialist country that is prosperous, strong, democratic, culturally advanced and harmonious by 2049.

Created every five years since 1953, the Five-Year Plan is a major feature of China's governance system, setting growth targets and defining development policies. It allows the authorities to map out strategies for overall economic and social development and advance with the times.

It is worth noting that a 15-year "long-term vision" was mentioned along with the 14th Five-Year Plan this year, aiming at 2035 when the country's socialist modernization is expected to be basically achieved.