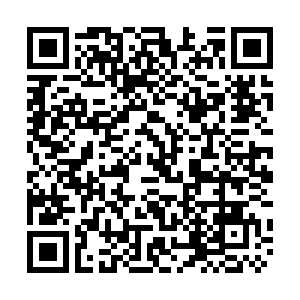 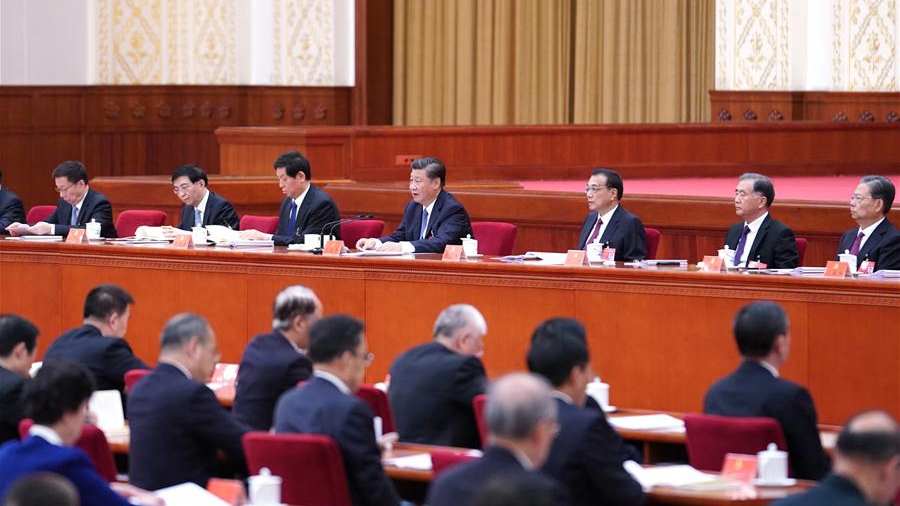 Xi Jinping and other CPC leaders attend the fifth plenary session of the 19th CPC Central Committee in Beijing. The session was held from October 26 to 29, 2020. /Xinhua

Xi Jinping and other CPC leaders attend the fifth plenary session of the 19th CPC Central Committee in Beijing. The session was held from October 26 to 29, 2020. /Xinhua

It is "completely possible" for China to meet the current standards for high-income countries by the end of the 14th Five-Year Plan (2021-2025, FYP) period and to double the total economic volume or per capita income by 2035, he said.

The speech was made public on Tuesday.

Taking into account the external and domestic economic development environment, Xi stressed the medium- and long-term goals should pay more attention to economic structure optimization so as to guide all parties to focus their work on improving the quality and efficiency of development.

"There will be many unstable and uncertain factors in the external environment in the coming period as many risks and hidden dangers may impact the domestic economic development and the COVID-19 pandemic has had far-reaching impact and the world economy may continue to suffer from a downturn," said Xi.

President Xi, as the head of the document's drafting team, said that the drafting process was democratic and open, drawing on the broadest possible wisdom. He reiterated the importance of combining top-level design and public opinions in compiling the 14th FYP.

From July to September, President Xi presided over seven symposiums with representatives of various social sectors to solicit proposals for formulating the 14th FYP.

He also exchanged views with entrepreneurs, scientists, non-CPC personnel as well as experts and representatives from sectors such as economic and social work, education, culture, health and sports.

Meanwhile, authorities at various levels have been soliciting online public opinions since mid-August.

According to Xi, from August 16 to 29, over 1 million suggestions for the 14th FYP were received from netizens, providing valuable input for the decision-making process.

Five principles in the drafting process

President Xi also elaborated on five key principles in drafting the document during his speech.

He said a balance should be struck between building on past achievements and seeking innovations to ensure the smooth connection of the two centenary goals.

President Xi also underlined the need to give better play to China's institutional advantages and urged dealing with the government-market relationship well.

A balance between opening-up and self-reliance should be maintained for China to better adapt to both domestic and international situations, he said.

Xi called for properly handling the relationship between development and security to effectively prevent systemic risks that may hinder China's march towards modernization.

The relationship between strategy and tactics should also be well managed for drafting a set of farsighted and pragmatic proposals, he added.

China should focus on promoting high-quality development during its 14th FYP period, which is based on the scientific assessment of the environment and conditions for the country's development, Xi said.

The Chinese president reaffirmed the role of development as the Party's top priority in governing and rejuvenating the country, and underscored the imperative to deliver high-quality development in the new era and new stage.

To forestall and defuse various kinds of risks and proactively address challenges brought by external changes, China needs to focus on taking care of its own matters and improving the quality of development, said Xi.

He also stressed efforts to remain committed to the new development philosophy, a focus on deepening supply-side structural reform, transforming the development model, and delivering real benefits to all the people.

Xi expounded on the establishment of a new development pattern where domestic and foreign markets can boost each other, with the domestic market as the mainstay.

Establishing a new development pattern is a strategic choice to raise the level of China's economic development, as well as to forge new advantages in global economic cooperation and competition, according to Xi.

Since China's reform and opening up, especially after its entry into the WTO, the country was known as "the world's factory," which has played an important role in rapidly increasing China's economic strength and improving people's livelihoods, Xi said.

In recent years, along with the changes in the global political and economic environment, the upsurge in deglobalization, unilateralism, and protectionism by a certain country, the traditional global circulation has been notably weakened, Xi said, urging efforts to root China's development inside the country and rely more on the domestic market to achieve economic growth.

China is the largest consumer market with the most potential, which has great room for growth, Xi said, noting that, since the reform and opening up, China has managed to defuse risks many times by rooting its development inside the country.

Xi called for sticking to expanding domestic demand as a strategic underpinning and fostering a sound circle in the operation of the national economy.

Xi also called for a supply system more compatible with the domestic demand.

The new development pattern will by no means be a closed domestic loop, Xi said, stressing that it is instead an open dual circulation involving both domestic and foreign markets.

During his explanatory speech, Xi emphasized the need to promote common prosperity — an essential requirement of socialism and the shared aspiration of all Chinese people.

Advancing poverty alleviation has been the top priority for the CPC since its 18th National Congress, and lifting all rural residents out of poverty represents a significant step towards common prosperity, Xi said.

More than 93 million rural residents shook off poverty between 2013 and 2019 in China.

It is necessary to further emphasize promoting common prosperity for everyone as China embarks on a journey to fully build a modern socialist country, Xi said.

Such expressions were included, for the first time, in the documents of the CPC Central Committee plenary sessions, Xi pointed out, adding that the expectations strike a balance between necessity and feasibility, and will be conducive to advancing common prosperity for everyone.

Ensure both development and security

Xi called for ensuring both development and security in the speech, saying security is the prerequisite for development, while development is the guarantee for security.

In the immediate future and for some time to come, China will undergo a stage that is prone to all kinds of problems and risks, Xi said, adding that foreseeable and unforeseeable risks will also increase significantly.

He stressed the importance of enhancing the awareness of opportunities and risks while endeavoring to close loopholes, and taking the initiative in battles to effectively forestall and tackle a variety of risks and challenges.

Xi also said China can achieve the goal of completing the building of a moderately prosperous society in all respects, also known as "Xiaokang" in Chinese on schedule.

With 2020 as the target year for completion, the goals of the society are to eradicate extreme poverty and double gross domestic product (GDP) and per capita income from 2010.

The country's GDP exceeded 99 trillion yuan (about $14.18 trillion) in 2019, more than double from over 41 trillion yuan in 2010, according to data from the National Bureau of Statistics.

It remains the Party's firm commitment to the people to comprehensively building a moderately prosperous society of a higher level for the benefit of more than 1 billion people by the time the CPC marks its 100th founding anniversary, Xi stressed.

According to Xi, in 2020, China's GDP is expected to exceed 100 trillion yuan, the people's living standards will significantly improve, all rural impoverished population will be lifted out of poverty by current standards, the development targets set in the country's 13th FYP can be attained on schedule, and the goal of building of a moderately prosperous society in all respects can be achieved on schedule.

He said the CPC Central Committee will carry out a systematic assessment and review of the building of a moderately prosperous society in all respects in the first half of 2021 before officially announcing the achievement of moderate prosperity throughout society.