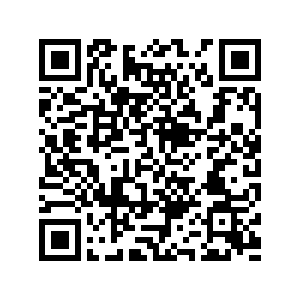 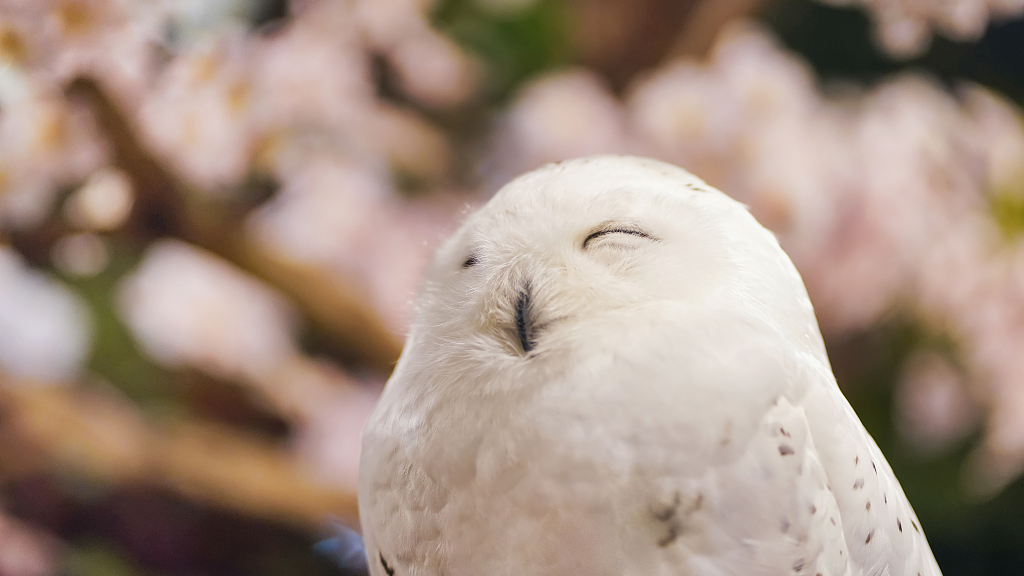 Being the only owl with largely white plumage, the snowy owl attracts many fans online for its beautiful appearance. Many netizens even make memes of the bird to express their love. But beauty is not the only thing that the snowy owl has. There are also other interesting facts hidden beneath its white, fluffy feathers. 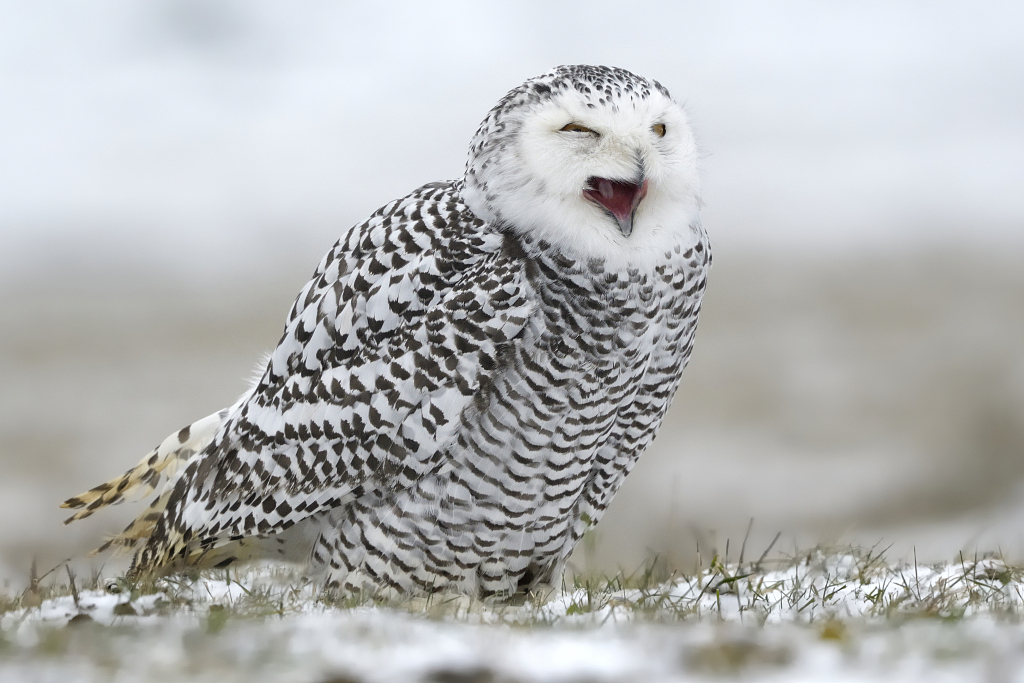 The snowy owl is also known as the polar owl or the Arctic owl, and they are native to the Arctic region of North America and the Palearctic. The bird lives in tundras, and during the breeding season, the female snowy owl lays three to 11 eggs at a time in a nest built on the ground, and sits on the eggs to keep them warm until they hatch. During this time, its mate hunts for food as much as possible to feed the female. 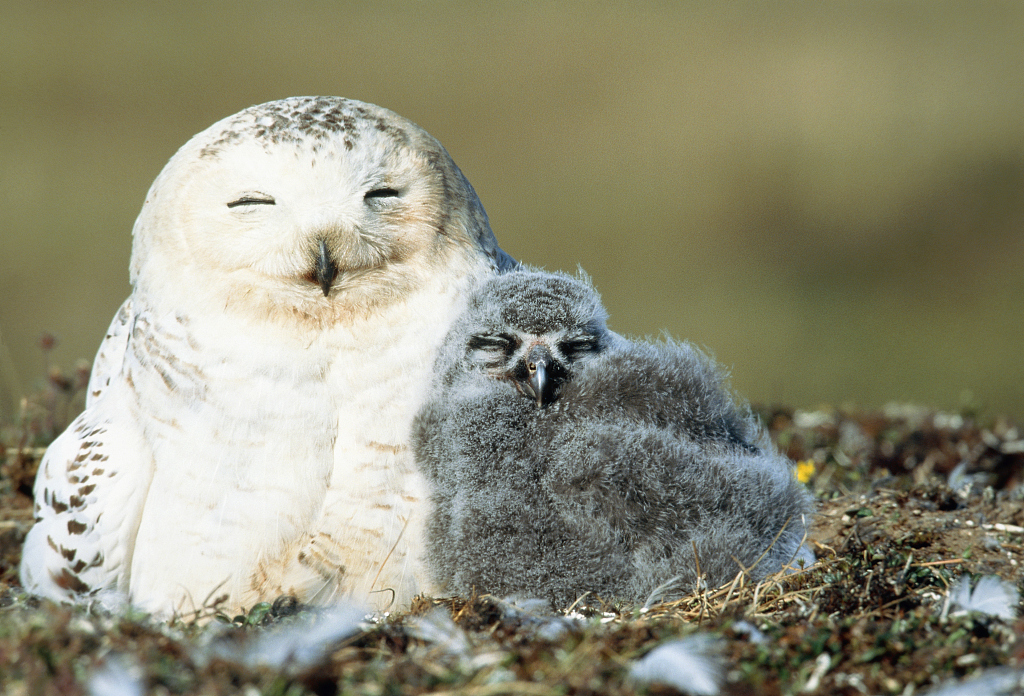 Despite its graceful appearance, the bird is actually a fierce hunter. Unlike other owls that mostly sleep in the daytime, the snowy owl is definitely a "day owl" as it is very active during the day. Relying on its excellent eyesight and hearing ability, the bird cruises low to the ground and snatches the prey with its sharp and strong claws. The snowy owl's favorite food is the lemming, but it also feeds on small rodents and even other birds when food is scarce. 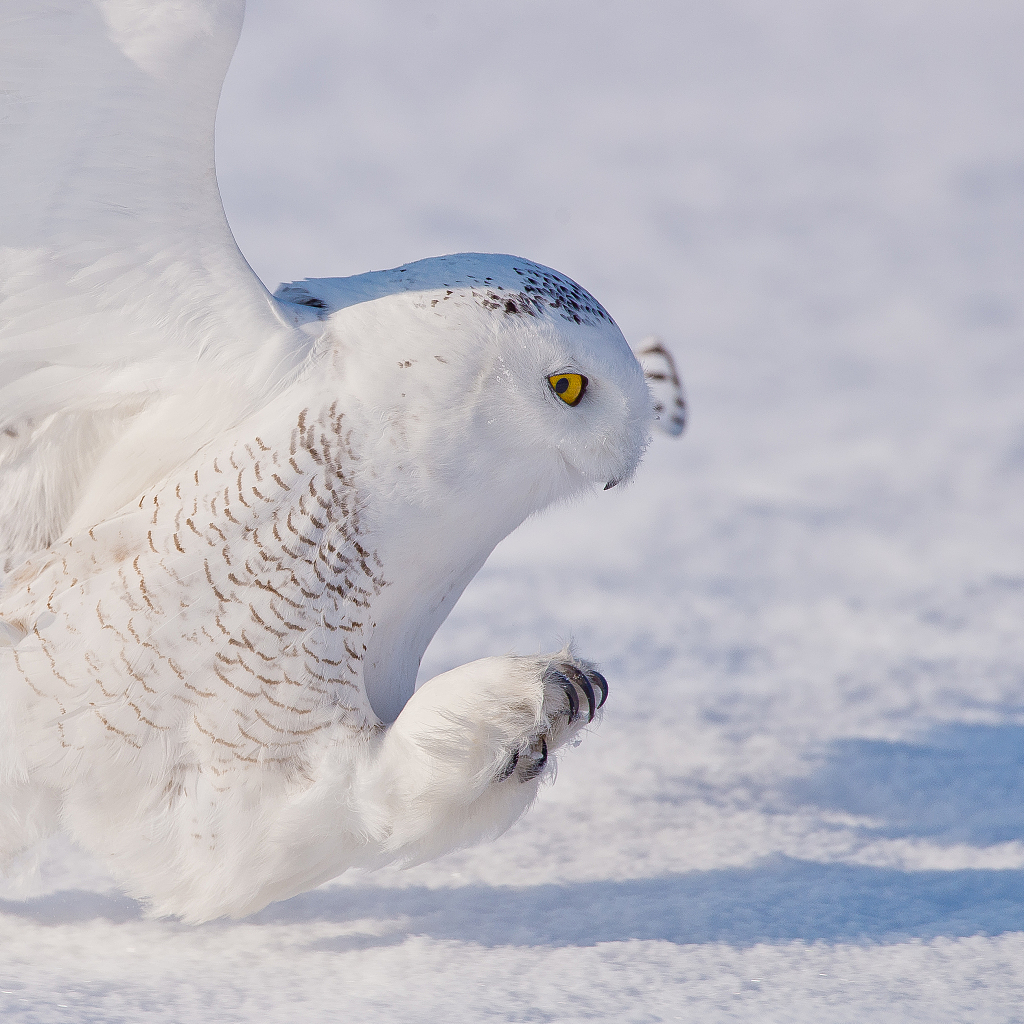 Though a good hunter, the snowy owl is considered "vulnerable" by the IUCN as its population is declining fast due to climate change, which has led to habitat loss and food shortage. Scientists are also researching other reasons for its population decline. 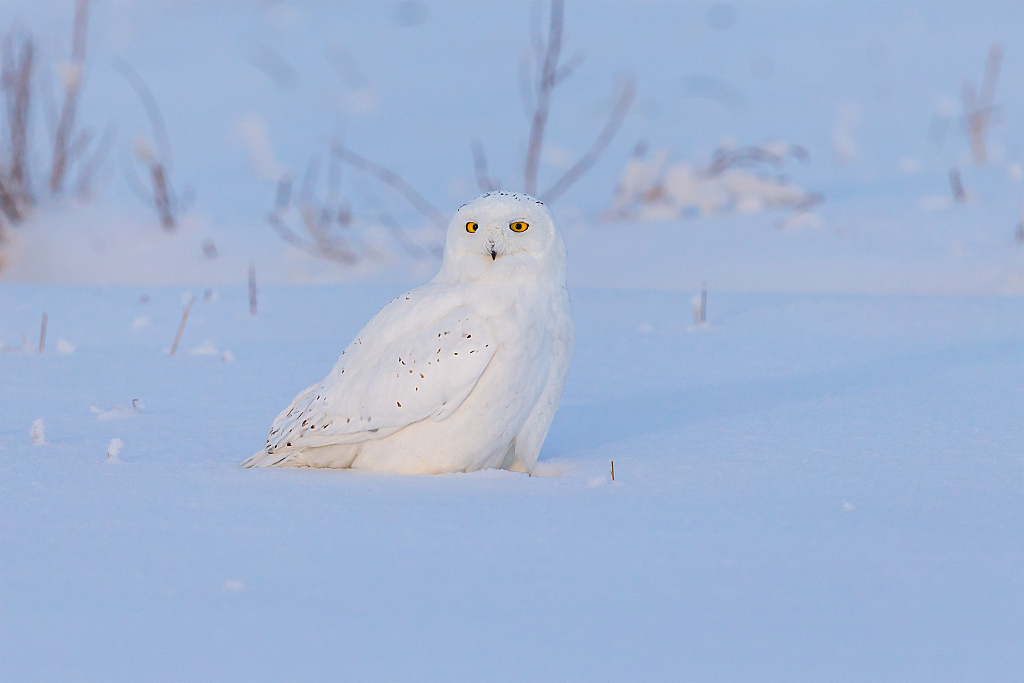 Bird-of-paradise: The talented dancer that loves showing off