Download
Wang Yi: A window of hope is opening for China-U.S. relations
CGTN 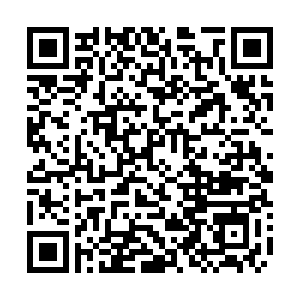 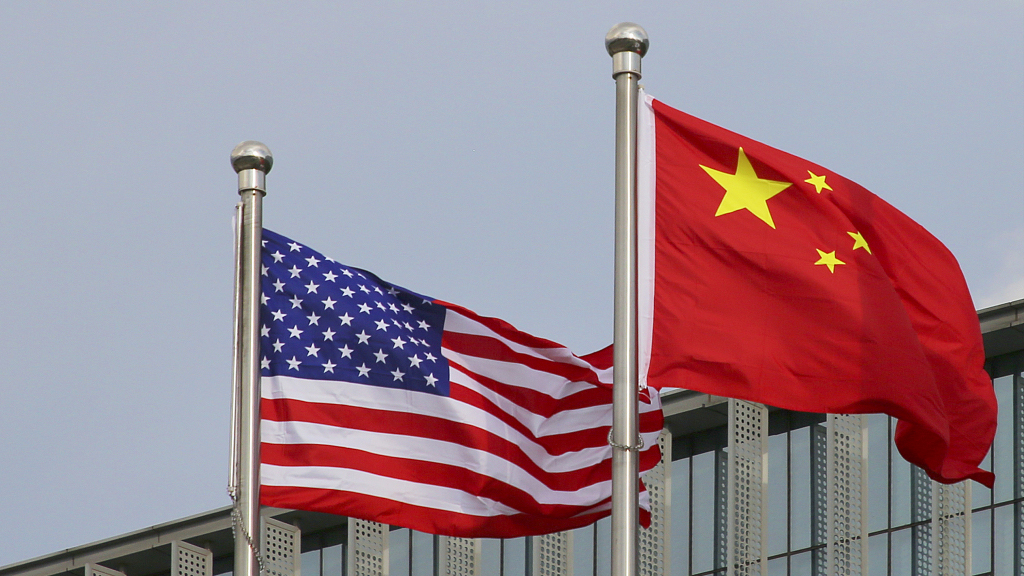 Relations between China and the United States "have come to a new crossroads," Chinese State Councilor and Foreign Minister Wang Yi said on Thursday in a year-end interview with CGTN, adding that "a new window of hope is opening."

Noting that China-U.S. relations "have run into unprecedented difficulties" in recent years, Wang said some American politicians "see China as the so-called biggest threat" and have made their China policy based on "serious misconceptions."

"Such a policy will find no support and is doomed to fail," he told CGTN.

Tensions between the world's two largest economies escalated over a number of issues such as COVID-19, trade, Taiwan, Hong Kong, Xinjiang and the South China Sea in 2020. In July, the Donald Trump administration abruptly demanded China close its consulate general in Houston. China responded by ordering the closure of the U.S. Consulate General in Chengdu. 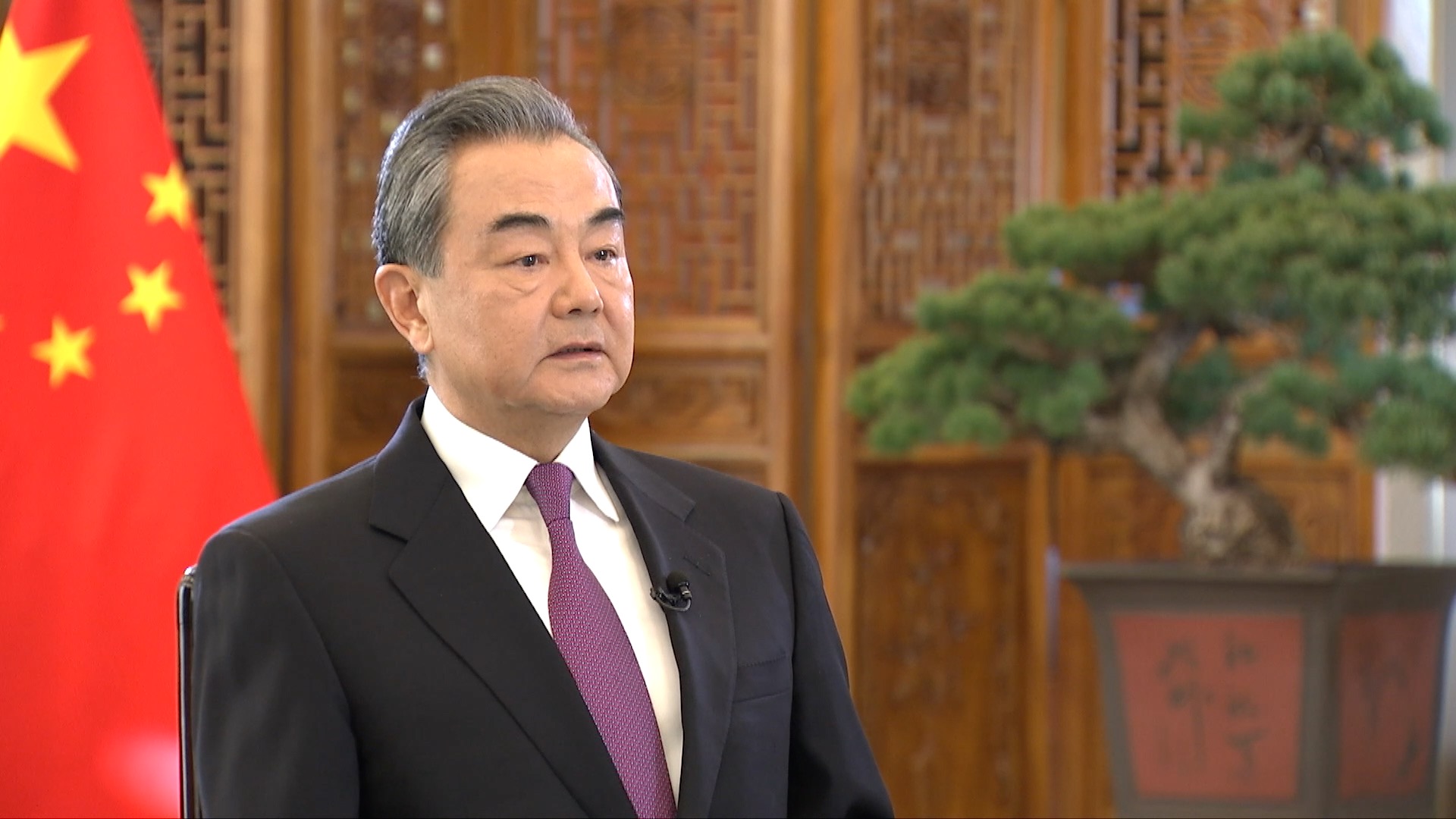 Wang said China is ready to develop a relationship with the U.S. based on coordination, cooperation and stability, stressing that China never meddles in the internal affairs of the United States.

On the other hand, he urged the U.S. to "respect the social system and development path chosen by the Chinese people and respect their legitimate rights to pursue a better life."

Commenting on some Americans' uneasiness about China's rise, he said: "The best way to keep one's lead is through constant self-improvement, not by blocking others' development."

In the 40-minute interview, Wang shared his views on the international situation and China's diplomatic work in 2020, including topics concerning the COVID-19 pandemic, China's relations with the U.S., Russia, the European Union, the Association of Southeast Asian Nations (ASEAN) and Africa, as well as China's stance on regional issues.

Wang underscored the contributions and support of China for the global fight against COVID-19, noting that it was the first country to report novel coronavirus cases to the world.

"When hit by an unknown coronavirus, China took immediate actions to carry out an epidemiological investigation, identify the pathogen and publicize key information including the genome sequencing of the virus," he said. "All this sounded alarm bells across the world."

On December 27, 2019, a hospital in central China's Wuhan reported cases of pneumonia of unknown cause, according to a white paper released by Beijing in June. Since January 3, 2020, China has been regularly informing the World Health Organization (WHO) and relevant countries, including the U.S., on the latest development of the outbreak. 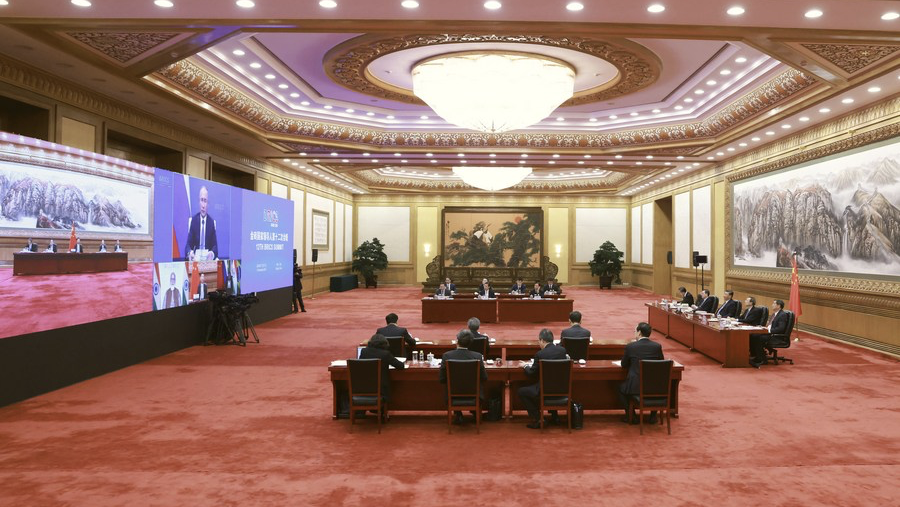 "We took the most rigorous control measures to fight the virus" and "effectively controlled the virus within the shortest possible time," Wang said.

Meanwhile, China provided assistance to over 150 countries and 10 international organizations, sent 36 medical teams to 34 countries in need and provided funding to WHO and other relevant United Nations agencies, he said.

China also provided countries around the world with over 220 billion masks, 2.25 billion protective suits and over one billion testing kits, he added.

In 2020, Chinese President Xi Jinping "personally planned, oversaw and engaged in 'cloud diplomacy,'" sending out a clear message that "solidarity and cooperation is the most powerful weapon to defeat the virus," said Wang.

Xi had 87 meetings and phone calls with foreign leaders and heads of international organizations and attended 22 important bilateral or multilateral events, according to the foreign minister.

President Xi and Russian President Vladimir Putin had five phone calls and exchanged correspondence on multiple occasions in 2020, he said.

China and Russia will celebrate the 20th anniversary of the signing of their Treaty of Good Neighborliness and Friendly Cooperation in 2021. Wang expressed confidence that the two sides will continue to be the "example of good-neighborly and friendly relations between major countries." 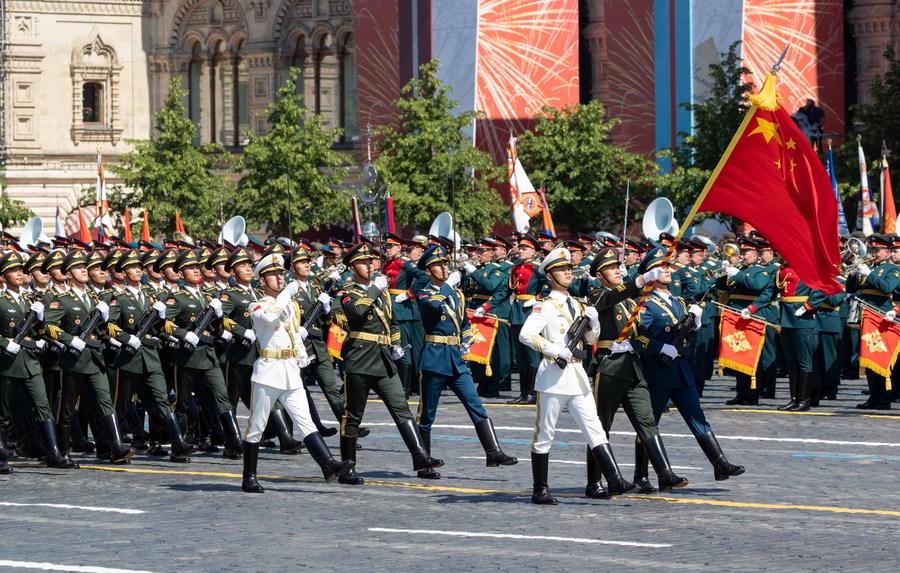 A Guard of Honor of the Chinese People's Liberation Army participates in the Victory Day parade in Moscow's Red Square, Russia, June 24, 2020. /Xinhua

A Guard of Honor of the Chinese People's Liberation Army participates in the Victory Day parade in Moscow's Red Square, Russia, June 24, 2020. /Xinhua

Commenting on China's relations with the EU over the past year, he noted that China became the EU's largest trading partner for the first time and highlighted the conclusion of negotiations on a China-EU investment treaty.

"In this volatile and changing world, China will remain a supporter of European integration, greater strategic autonomy of the EU, and a bigger role of the EU in international affairs," said the top Chinese diplomat.

The multilateralism that China and the EU advocate "needs to transcend systemic difference rather than draw lines along ideology," he stressed.

Wang underscored the fact that China and ASEAN became each other's largest trading partners for the first time in 2020. And he hailed the signing of the Regional Comprehensive Economic Partnership (RCEP) trade deal as a "historic breakthrough" in China-ASEAN cooperation.

In summarizing the latest outcomes in China-Africa cooperation, he said, "With China's help, over 6,000 kilometers of railways, 6,000 kilometers of roads, nearly 20 ports and over 80 large power plants have been built in Africa. Two-way trade has grown by 20-fold and China's direct investment in Africa by 100-fold."

Wang reiterated China's determination to continue to safeguard its sovereignty, security and development interests in 2021.