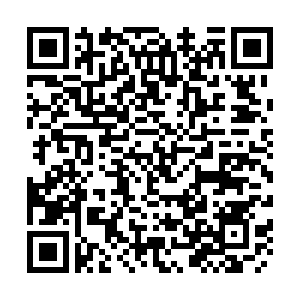 A key event to watch in China's political calendar next week is the 19th Central Commission for Discipline Inspection (CCDI) of the Communist Party of China (CPC)'s fifth plenary session from January 22 to 24. While in the U.S. , January 20 is the inauguration day set to usher in Joe Biden's presidency.

What's next for China's anti-graft campaign?

China's top disciplinary body, CCDI is expected to meet next week, aiming to review its work in 2020 and set the agenda for this year's anti-graft campaign.

The Standing Committee of the Political Bureau of the CPC Central Committee in last December's meeting reviewed the CCDI's 2020 work report and a report on the preparations for the 19th CCDI's fifth plenary session, scheduled for January 22-24 in 2021.

Biden's inauguration: What you need to know

In The Spotlight: Joe Biden, how the race was upended in 72 hours

In the Spotlight: Kamala Harris, a running mate defying labels

Due to COVID-19 concern, the scaled-down ceremony had already pivoted to be largely virtual. Masks, temperature checks and social distancing are required for anyone participating.

After uttering the presidential oath of office before noon on the day, the new president is then expected to give his inaugural address and conduct a review of military troops, as is tradition.

Two major celebrities will join the ceremony: Lady Gaga will sing the national anthem and Jennifer Lopez will give a musical performance.

Biden will move into the White House later in the day. However, instead of the traditional parade down Pennsylvania Avenue to the White House, this year there will only be a "virtual parade" featuring music, poets and dancers "paying homage to America's heroes on the front lines of the pandemic."

Without cheering spectators, Biden and Harris will be escorted by representatives from every branch of the military, including a band and drum corps.

The Washington, D.C. area kicked into high alert after violent pro-Trump protesters stormed the U.S. Capitol on January 6 in a bid to overturn the results of the November 3 election won by Biden. About 20,000 U.S. National Guard troops are expected to help secure the country's capital during the inauguration.

President Donald Trump has already said he will not attend Biden's swearing-in ceremony, a historical break with tradition. Sources said Trump will leave Washington, D.C. on the morning of Biden's inauguration day to begin his post-presidential life in Florida.

Friday: The 19th Central Commission for Discipline Inspection (CCDI) of the Communist Party of China (CPC) holds its fifth plenary meeting (to Sunday).

Saturday: The 19th CCDI of the CPC continues its fifth plenary meeting.