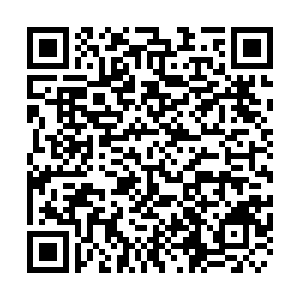 For the upcoming week, China will mark the 100th anniversary of the founding of the Communist Party of China (CPC) and foreign ministers from Group of 20 (G20) members will meet in Matera in southern Italy. Other events to watch include celebrations for the 24th anniversary of Hong Kong's return to China and the Independence Day of the United States.

July 1 marks the 100th anniversary of the founding of the CPC. Chinese President Xi Jinping, also general secretary of the CPC Central Committee and chairman of the Central Military Commission, will deliver a speech at a ceremony to mark the occasion.

Xi will also grant the July 1 Medal to outstanding CPC members at a ceremony in the Great Hall of the People in Beijing on Tuesday. It will be the first time that the July 1 Medal – the CPC's highest honor – is awarded.

Meanwhile, various events such as theme exhibitions, theatrical performances, seminars and symposiums are held across the country to celebrate the Party's centenary.

Founded in 1921, the CPC has grown from a small party of about 50 members into the world's largest political party with more than 91 million members.

Holding the presidency of the G20, Italy will host foreign ministers from the group in its southern city of Matera from Monday.

During the three-day meeting, the foreign ministers are expected to exchange views on multilateralism, global governance, food security and sustainable recovery in developing countries, especially in light of the COVID-19 pandemic.

The G20 is made up of 19 countries and the European Union. The 19 countries are Argentina, Australia, Brazil, Canada, China, Germany, France, India, Indonesia, Italy, Japan, Mexico, Russia, Saudi Arabia, South Africa, South Korea, Turkey, the UK and the U.S.

This year's G20 Leaders' Summit will convene in Italian capital Rome in October.

Friday: The ninth World Peace Forum kicks off at Tsinghua University in Beijing (to July 4). Tedros Adhanom Ghebreyesus, director-general of the World Health Organization, give a news conference on the latest developments in the COVID-19 pandemic.