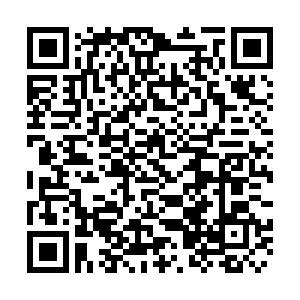 Attempting to bring China down is not a prescription for the problems the United States faces, Chinese Vice Foreign Minister Le Yucheng said on Friday.

"Some in the United States are trying to shift their domestic problems onto China by all means, but the biggest challenge for a superpower like the United States is always from within. Screwing China is never a prescription for U.S. problems," Le told the Guancha news website.

Marking the 50th anniversary of former U.S. secretary of state and long-time diplomat Henry Kissinger's secret visit to China, Le said the experience of Sino-U.S. relations over the past five decades can be boiled down to one point: Cooperation benefits both while confrontation hurts both.

Kissinger's historic visit to China: Are we back to square one after 50 years?

The vice foreign minister refuted the claim that the era of the U.S. engagement with China is over. He said that through 50 years of engagement and cooperation, China and the U.S. have accomplished many great things for the world and solved many difficult problems, including helping bring the Cold War to an end, facilitating the resolution of many regional hotspot issues, addressing terrorism, international financial crisis, climate change and other major global challenges, and maintaining world peace and stability.

American businesses and the American people have also benefited tremendously from such engagement with China, he stressed.

Le said China hopes that the U.S. can regain reason and rationality, return to the right path of dialogue and cooperation, and that it doesn't make confrontation with China a policy and suppression of China a "political correctness."

"It is the biggest political incorrectness to mess up the Sino-U.S. relationship and to bring the two major countries in the world into confrontation and conflict," he said.

China has no intention of racing with the U.S. and instead seeks to constantly improve itself and make breakthroughs, said the senior diplomat. He added that China has a strategy for development, not hegemony, the goal of which is to make the Chinese people live a better life.

Le criticized the U.S. claim that it is dealing with China "from a position of strength," saying it is a hegemonic and Cold War mentality, and nothing more than a "show of muscle" and a "big stick."

He also accused the U.S. of paying lip service to "returning to multilateralism," and of forming small circles such as the Quad, "Five Eyes" and the Group of Seven that are exclusive but glorified as the "rules-based international order." Those, Le stressed, are the rules of 10 percent of the world's population at best and can in no way represent the international community.

In an rebuttal to the anti-China clique, more than 90 countries expressed their support for China at a recent session of the United Nations Human Rights Council, the diplomat said, stressing that is the voice of justice in the international community and the example of true multilateralism.

The Communist Party of China has led the 1.4 billion Chinese people out of absolute poverty and into a happier life, which is the greatest and the best human rights, the diplomat added.