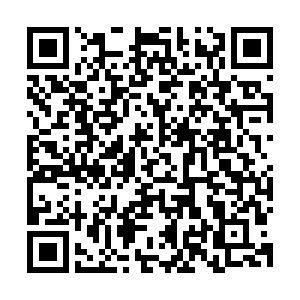 According to the report titled "'America Ranked First'?! The Truth about America's Fight against COVID-19," the United States, leading the world in pandemic failure, is also the world's "No. 1 country advocating origin tracing terrorism."

The U.S. government has been hyping the "lab leak theory" even as the first phase of a World Health Organization (WHO)-led investigation dismissed such a possibility as "extremely unlikely."

It "lacks respect for science" on the issue of the coronavirus origin tracing, but is "hoping to use it to achieve domestic and diplomatic goals," the report pointed out. 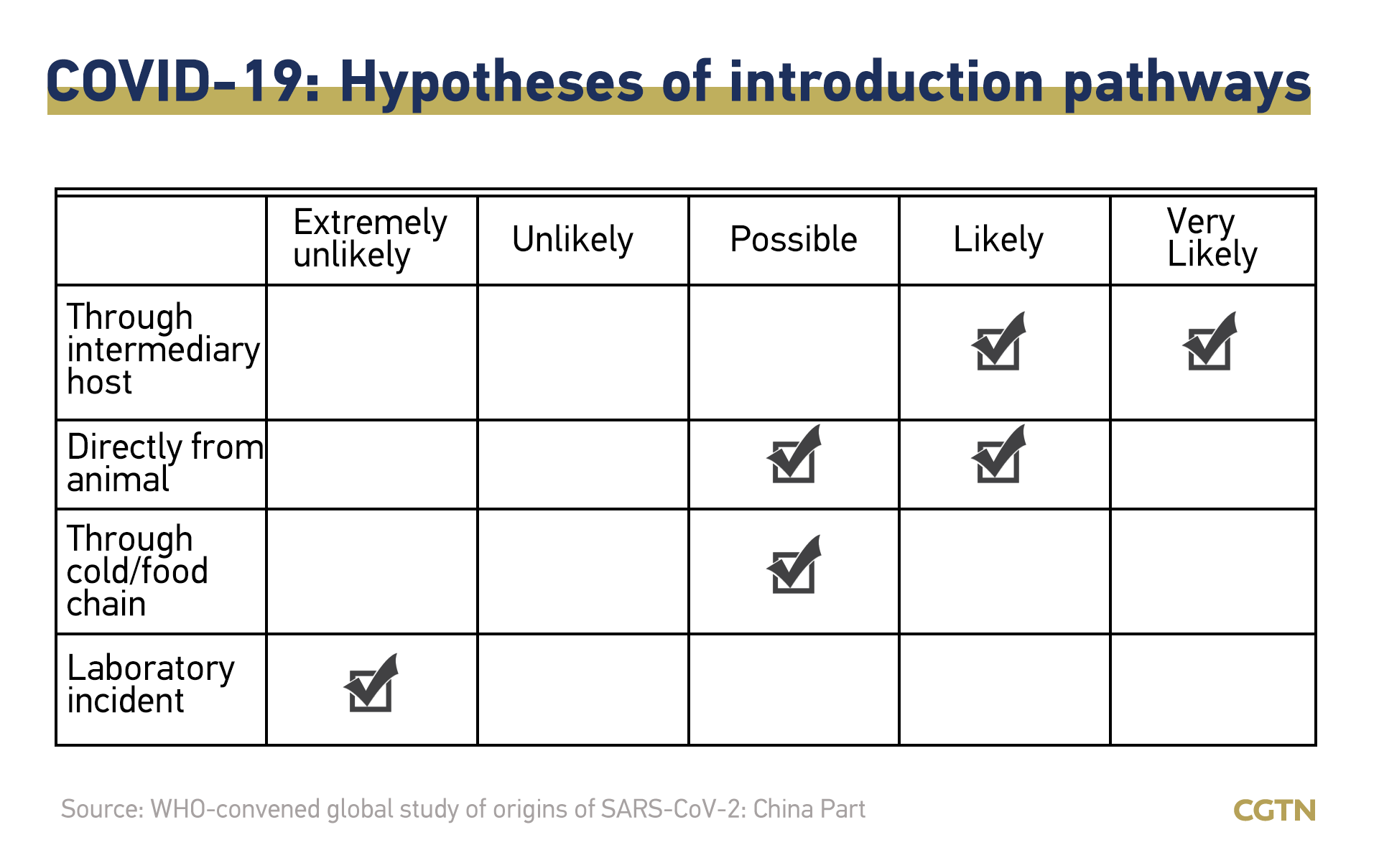 A total of 34 experts from the WHO and China jointly conducted 28 days of research from January 14 to February 10 in Wuhan for the Chinese part of the global study on the origins of the novel coronavirus.

The team included 17 international experts – 10 of them coming from 10 different countries, plus seven other experts and support staff from the World Organization for Animal Health and the WHO.

After studying a massive amount of epidemic-related data and visited multiple facilities, including the Wuhan Institute of Virology, the expert group concluded that the so-called lab leak theory is "extremely unlikely," and recommended conducting further research around earlier cases globally.

Increasingly more reports have pointed to separate outbreaks in multiple places globally in 2019, some even months before China reported its first case.

A quick reminder of WHO's last COVID-19 origins study visit

Graphics: Key questions addressed by WHO report on COVID-19 origins

The report by the think tanks also cited the closure of Fort Detrick bio-lab and the outbreak of "respiratory disease" or "white lung disease" of unknown cause in the United States in the second half of 2019, questioning their relations with the origin of the global COVID-19 outbreak.

"These are all questions that should be answered. But the U.S. government has been evading them," the report said.

In a separate poll conducted by the CGTN think tank on July 30, when asked about whether "the WHO should investigate the United States on the origins of COVID-19," over 80 percent of global participants said "yes." More than 81,600 people took part in the survey. 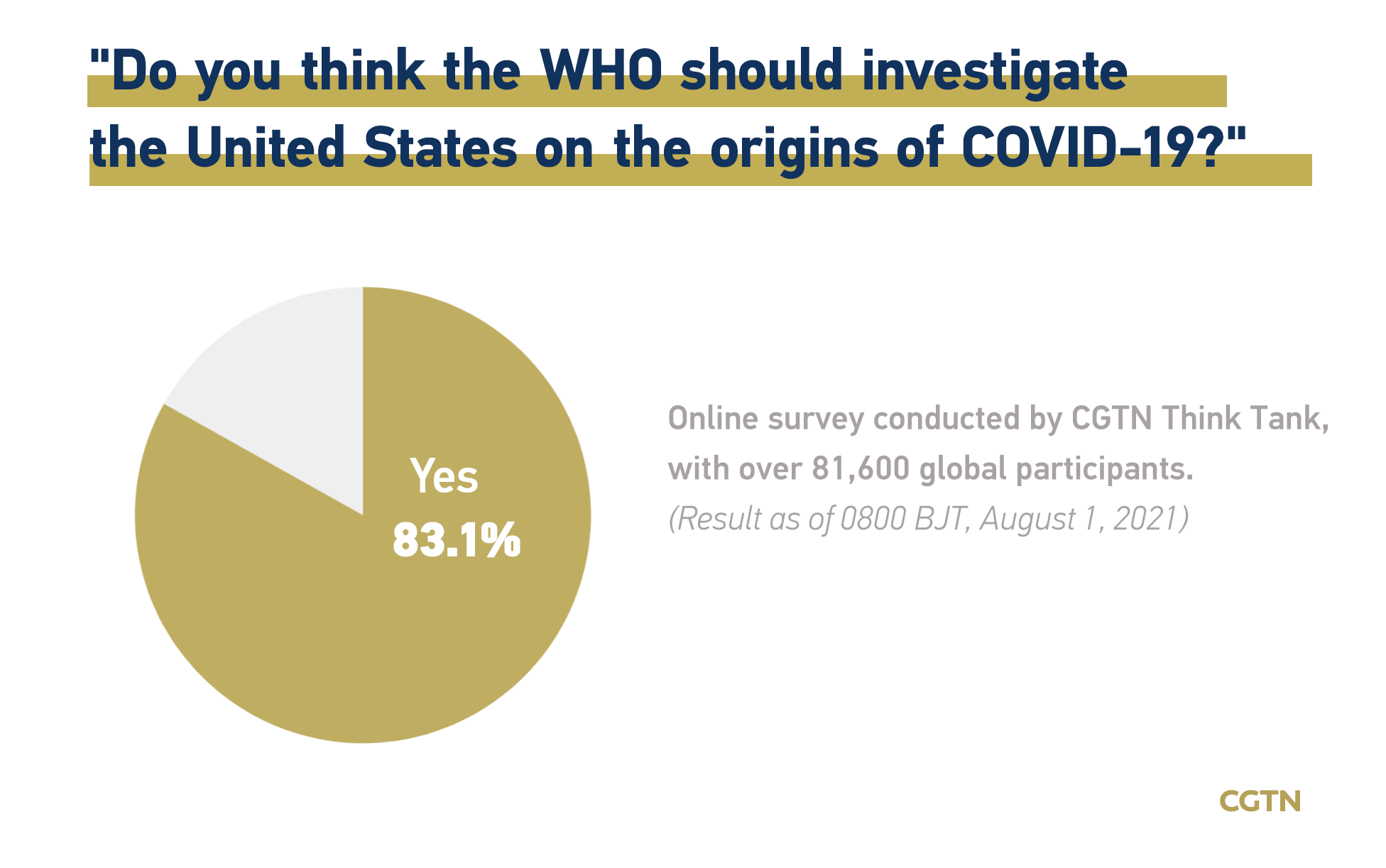