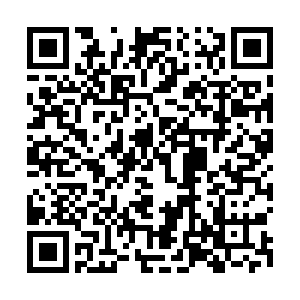 In the week ahead, the 19th Communist Party of China (CPC) Central Committee will hold its sixth plenary session, New Zealand will host the 2021 Asia-Pacific Economic Cooperation (APEC) meetings, and Iran is expected to intensify diplomatic efforts ahead of a new round of nuclear talks.

The 19th CPC Central Committee will hold its sixth plenary session in Beijing from Monday to Thursday (November 8-11), during which a key resolution on the major achievements and historical experience of the Party's 100 years of endeavors will be reviewed.

The CPC Central Committee Political Bureau held a meeting on October 18 to listen to a report on soliciting opinions for drafting the resolution. The meeting decided to submit the draft, after revisions, to the plenary session for deliberation.

This year marks the 100th anniversary of the CPC's founding. China announced the accomplishment of its first centenary goal of building a moderately prosperous society in all respects when the Party celebrated its centenary on July 1.

With the country embarking on a new journey toward modernization and national rejuvenation, how the upcoming plenary session summarizes the Party's past 100 years will be closely watched.

Under the theme "Join, Work, Grow. Together," leaders, ministers and senior officials from APEC's 21 member economies will solidify their commitment to responding to the health and economic crisis and collectively determine a path for the region's recovery that ensures resilience and sustainability.

The week will culminate with the APEC Economic Leaders' Meeting on Friday and Saturday (November 12-13), to be chaired by Ardern, which will provide the strategic vision and directives for future collaboration between APEC member economies.

It will be preceded by the APEC Ministerial Meeting, co-chaired by New Zealand Minister of Foreign Affairs Nanaia Mahuta and Minister for Trade and Export Growth Damien O'Connor on Monday and Tuesday (November 8-9).

More diplomatic activities on the Iran nuclear issue are expected to take place in the coming week.

Following Tehran's decision to return to negotiations aimed at reviving a 2015 nuclear deal on November 29, Iranian Foreign Minister Hossein Amir Abdollahian has held telephone conversations with his Chinese and Russian counterparts on the talks.

Iran also said it will invite Director General of the International Atomic Energy Agency Rafael Grossi to visit the country in the next few days.