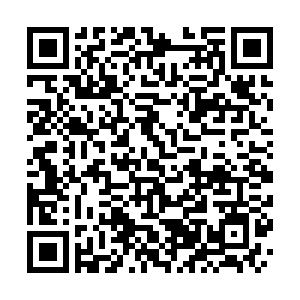 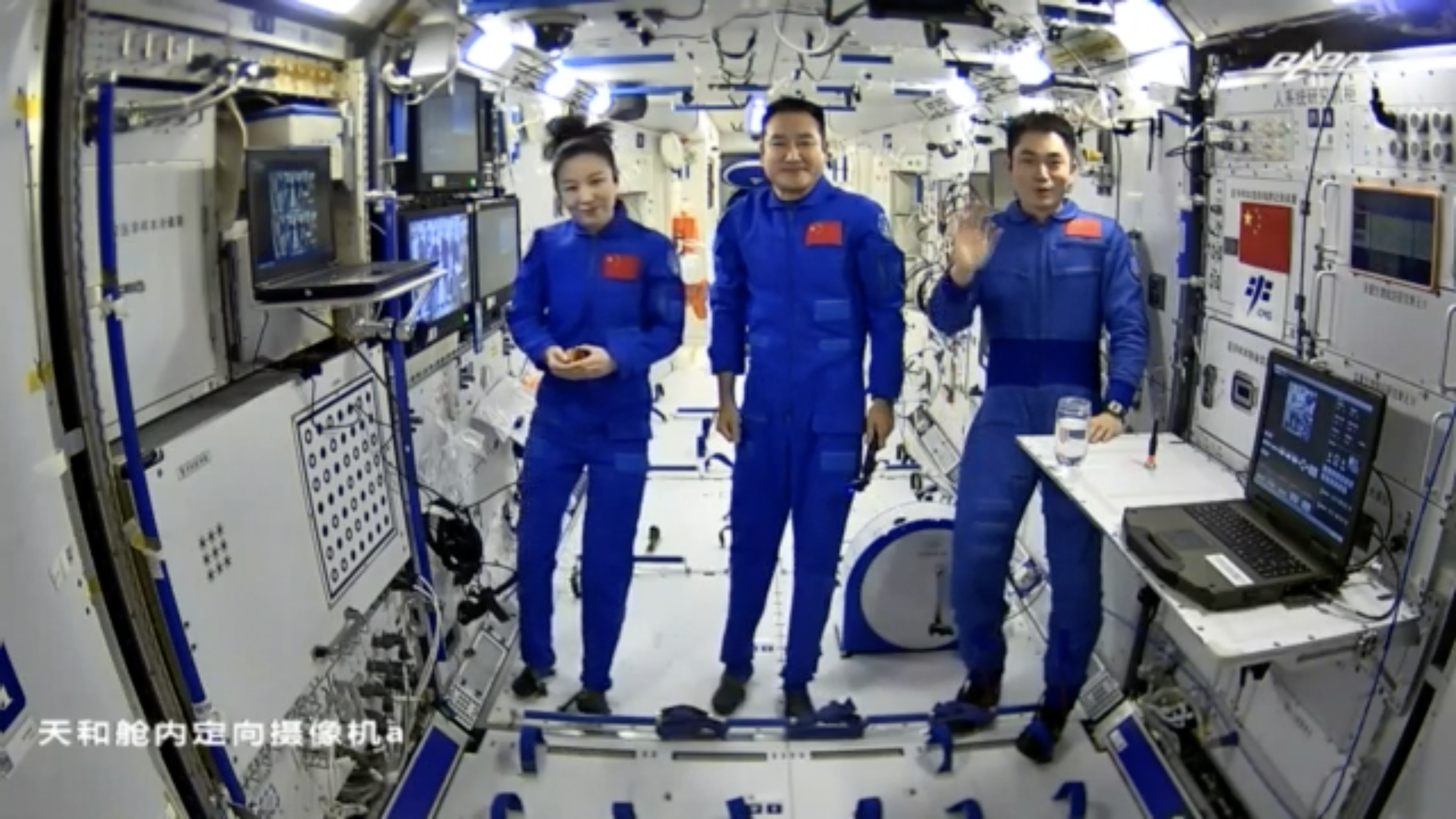 The class started at 3:40 p.m. (Beijing Time) and lasted about 45 minutes. A total of 1,420 primary and middle school students attended the lecture from five classrooms across China. The primary classroom was set at the China Science and Technology Museum in Beijing. The four others were in Nanning City in south China's Guangxi Zhuang Autonomous Region, Wenchuan County in southwestern Sichuan Province, and in Hong Kong and Macao special administrative regions.

Click here for CGTN's livestream of the space lecture.

A tour of the space station

At the beginning of the class, Wang, the first female taikonaut to enter China's space station, gave the students a tour of their living and working areas at the space station's Tianhe core module, with the assistance of her two male crewmates.

She showcased their bedrooms and toilet, a fully functional kitchen where the taikonauts prepare their meals each day, the area where they conduct scientific experiments and their fitness equipment, including a treadmill and a spin bike.

In the kitchen, she showed the students a microwave, a water dispenser and a mini-refrigerator from which she took out a fresh apple.

In response to a Hong Kong student's question about water, Wang said the water they drink is recycled, noting that there is no difference in taste between regular and recycled water. With a water recycling system, every drop of water is fully used in the space station, she said.

Space log: How do astronauts work out in space?

Scientific experiments in a zero-gravity setting

After the tour, the trio demonstrated several scientific experiments under zero-gravity conditions.

First, Ye demonstrated experiments related to cell growth in the weightless environment in space with a video clip. They compared the growth and shape of cells in artificial gravity and zero-gravity to study their changing rules and mechanisms.

Ye showed the students images of myocardial cells observed under a fluorescence microscope.

"They look amazing in space, as if they are beating," he said, explaining that the beating and gleaming occurred as the living cells had a bioelectrical reaction.

Ye and Wang then demonstrated and explained why astronauts cannot walk in space like they did on the Earth and how they turn around in zero gravity.

The team also conducted an experiment to show how lack of gravity causes loss in buoyancy, an optics experiment using water refraction and explored effervescence in a weightless environment using a water ball. 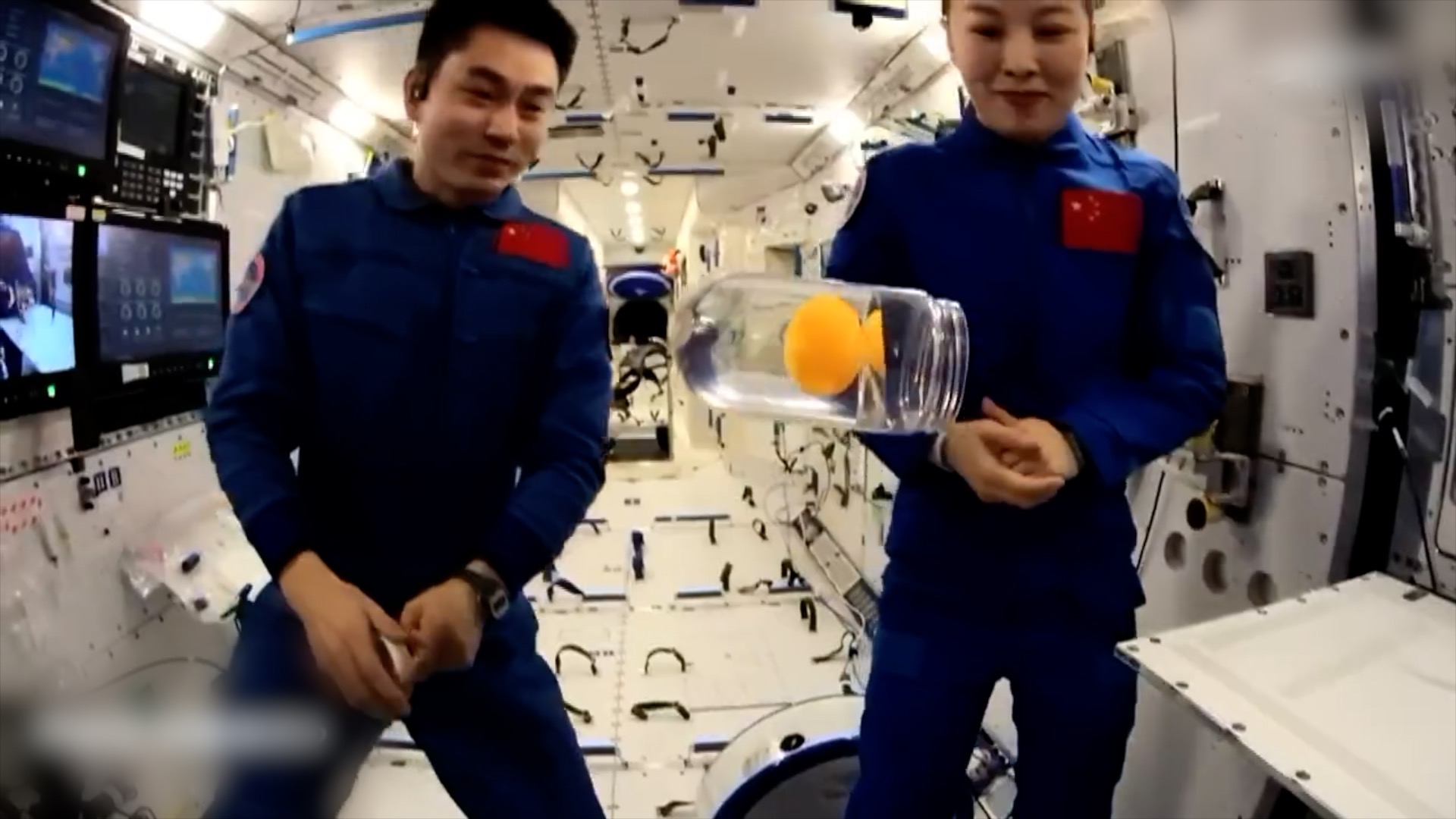 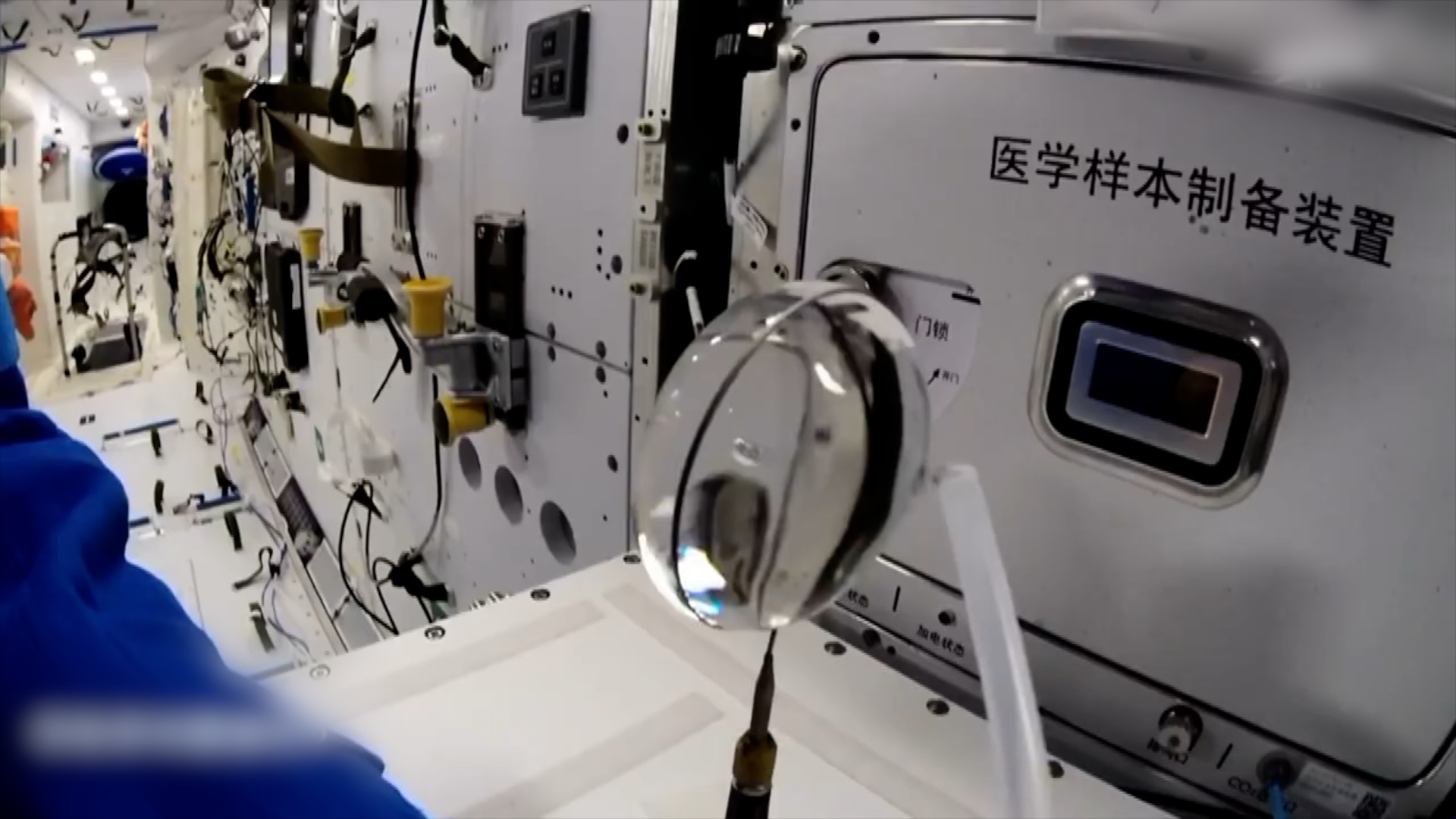 This is the second space class given by taikonauts. In June 2013, Wang, assisted by the other two crew members on the Shenzhou-10 spacecraft, delivered the country's first live space class to over 60 million teachers and schoolchildren across China.

"I've joined the space science club since grade one. Since then, I've been learning astronomical photography and space science. I've learned a lot," said Geng Xia, a six grader from Haidian Tuqiang No. 2 Primary School.

Shi Yi, a physics teacher from Beijing 101 Middle School, was in charge of the previous class from space back in 2013. Shi said China has been investing more in sparking young people's interest in space science.

"Space exploration mission is a symbol of a country's comprehensive power. China is transitioning from a major player in space to a major power. We need more talent. So, aerospace professionals, space science popularization workers, and teachers have all been working to cultivate more talent and innovators," said Shi.

"My science teacher taught me something about space science. I wasn't interested at first, but the more I learn, the more I realize it's different from what I thought," said Anastasia Petrova from Beijing Chaoyang Fangcaodi International School. 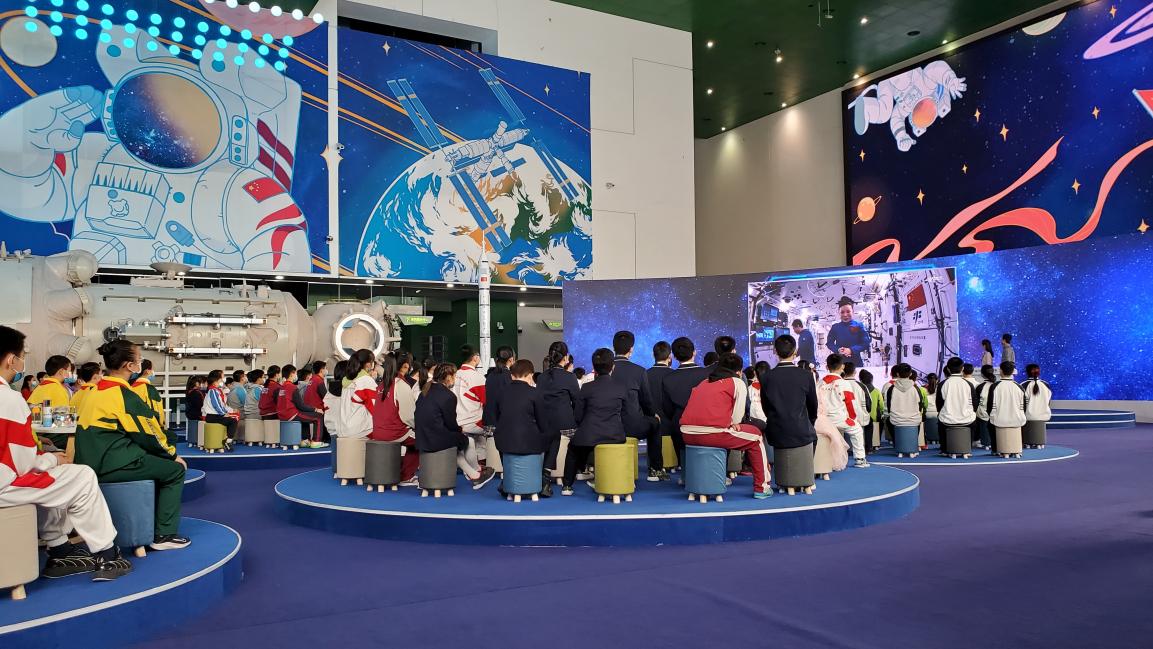 Students attend a livestreamed class given by China's Shenzhou-13 crew members, at the China Science and Technology Museum in Beijing, China, December 9, 2021. /CGTN

Students attend a livestreamed class given by China's Shenzhou-13 crew members, at the China Science and Technology Museum in Beijing, China, December 9, 2021. /CGTN

The Shenzhou-13 crew entered the Tianhe core module on October 16, embarking on their six-month stay in space, which is China's longest-ever crewed mission so far.

China now plans six missions in 2022, including the launch of the Wentian and Mengtian lab modules, two cargo spacecraft and two manned spaceships, to complete the construction of Tiangong, China's first ever space station.

Late Chinese leader Deng Xiaoping introduced a three-step strategy in the country's space exploration programs back in the 1990s. The first step is sending astronauts into space and return safely, which was completed in 2003. Yang Liwei was the first Chinese astronaut that was sent to space. The second step is to test key technologies needed for a permanent space station. The third step is to assemble and operate a permanently crewed space station, which is set to be finished by the end of 2022.

(CGTN's Geng Xiuhui, Cao Qingqing and Li Jianhua contributed to the story; with input from Xinhua)