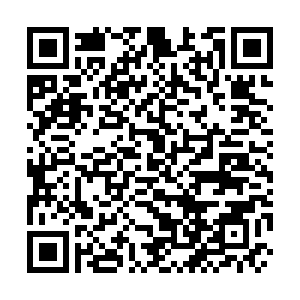 Next week, China will observe the 8th National Memorial Day for the victims of the Nanjing Massacre, and its Hong Kong Special Administrative Region (HKSAR) will hold the seventh-term Legislative Council (LegCo) election.

China will hold a memorial ceremony to mourn the victims of the Nanjing Massacre on Monday when a minute of silence will be observed and sirens sounded across the east China city.

In 2014, China's top legislature designated December 13 as the National Memorial Day for the victims of the massacre, which took place when Japanese troops captured the city on December 13, 1937.

The Japanese invaders brutally killed about 300,000 Chinese civilians and unarmed soldiers during the six-week massacre, making it one of the most barbaric episodes of World War II.

Only 65 registered survivors of the massacre were still alive in August 2021, according to the Memorial Hall of the Victims in the Nanjing Massacre by Japanese Invaders.

The Chinese government has preserved the survivors' testimony, recorded in both written documents and video footage. The United Nations Educational, Scientific and Cultural Organization listed the records in the Memory of the World Register in 2015.

The upcoming seventh-term LegCo election in the HKSAR will be held on December 19 when nearly 4.5 million registered voters are expected to cast their ballots between 8:30 a.m. to 10:30 p.m.

HKSAR Chief Executive Carrie Lam on Tuesday said efforts have been made to ensure a fair, open and accurate election and called on residents to cast a vote of confidence in the future of Hong Kong.

The LegCo election, the first since improvements made to the HKSAR electoral system earlier this year, will see 90 members: 20 from geographical constituencies, 30 from functional constituencies and 40 from the Election Committee constituency returning.

Friday: Foreign ministers from the Organization of Islamic Cooperation meet in Islamabad to discuss the situation in Afghanistan.