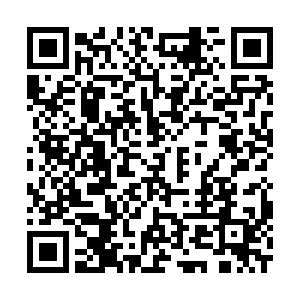 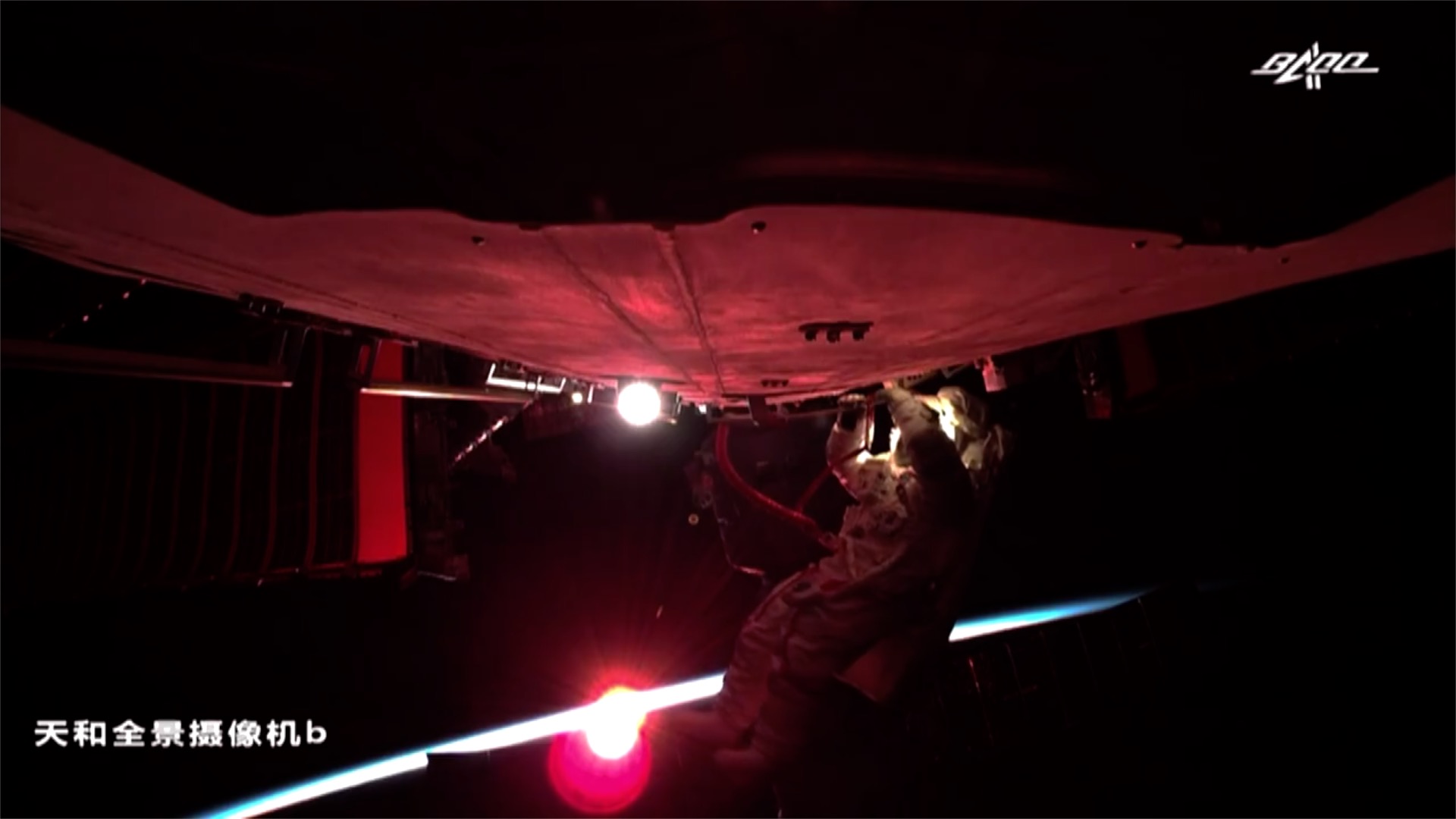 Shenzhou-13 astronauts conducted their second spacewalk outside China's space station on Sunday, according to the China Manned Space Agency (CMSA).

Taikonaut Ye Guangfu opened the airlock door around 6:44 p.m. (Beijing time) and exited Tianhe, the station's core module, at 6:50 p.m., followed by Zhai Zhigang at 7:37 p.m. The third crew member on board, Wang Yaping, remained inside to support the extra vehicular activities (EVAs), which included elevating a panoramic camera outside with the assistance of the robotic arm. 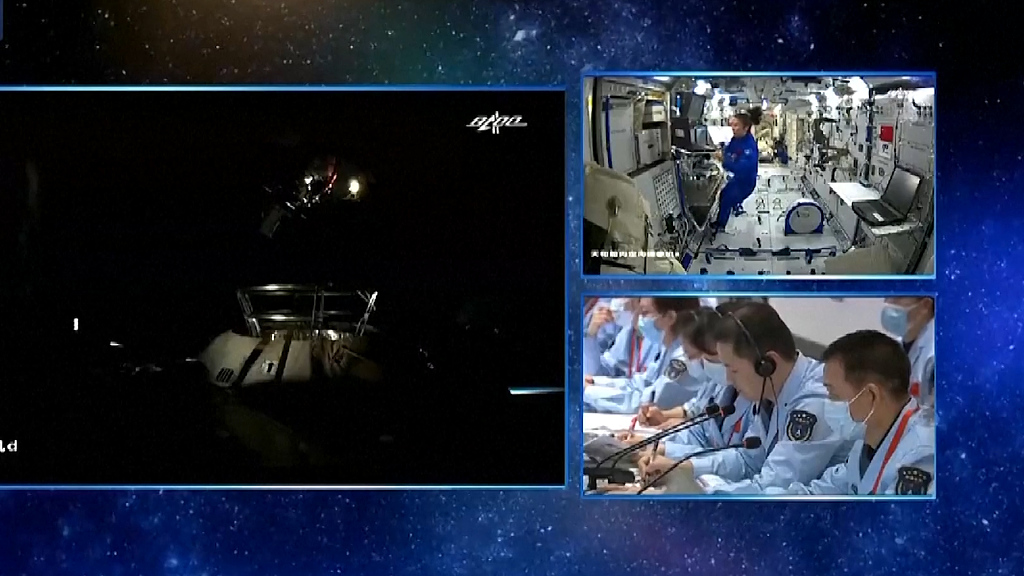 The second EVA tested the taikonauts' synchronized collaboration to a high degree of precision.

And the Shenzhou-13 crew aced it down to every detail, Yin Rui, deputy chief commander of the astronaut system of China's manned space program, told CGTN.

"For all the tasks performed in space, our taikonauts have been put through underwater mock-ups of weightlessness with each task practiced more than 10 times. During the training, they worked very hard and set very high standards for themselves," he said.

"They performed each task in orbit very smoothly and completed it confidently."

Space walk as a norm

Spacewalks or EVAs have become a norm in space station missions, and Chinese astronauts will carry out more frequent and complex EVAs in future for the smooth construction and stable operation of the space station, CMG reported on Sunday, citing the CMSA.

On November 7, Wang became the first Chinese woman to walk in space during a 6.5-hour spacewalk alongside her colleague Zhai.

This first spacewalk, which further tested China's self-developed extravehicular spacesuits and the reliability and safety of the supporting equipment, was deemed a complete success.

The three taikonauts were sent to the space station – China's first – in October aboard the Shenzhou-13 spacecraft for a six-month stay, the longest ever in China's space program.

Since then, they have conducted space experiments and medical checks, alongside more routine work such as inspection and daily maintenance of the space station, and in-orbit training, such as for emergency evacuations and medical rescues.

On December 9, Wang, the first female taikonaut to enter China's space station, gave a space lecture from the Tianhe core module to Chinese students back on Earth.

For 2022, six major launches are scheduled, including Tianzhou 4, Shenzhou-14, the Wentian and Mengtian core modules, Tianzhou 5 and Shenzhou-15.

"Our main goal for 2022 is to complete the tasks of in-orbit launch and assembly during the construction of China's space station," said Yin.

"This kind of intensity and density is unprecedented," he said. "We have formulated a very thorough plan, and we are pushing forward as planned."

"In 2022, we'll usher in a critical period in the assembly and construction of the space station," Wang Xin, deputy chief commander of the space station system of China's manned space program at the China Aerospace Science and Technology Corporation (CASC), said in an interview with CGTN.

"Around 2022, we have to complete the assembly and construction of the space station. In this way, we'll build a national-level space lab where there will be long-term human involvement."