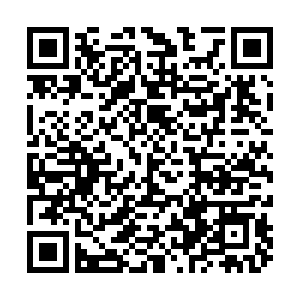 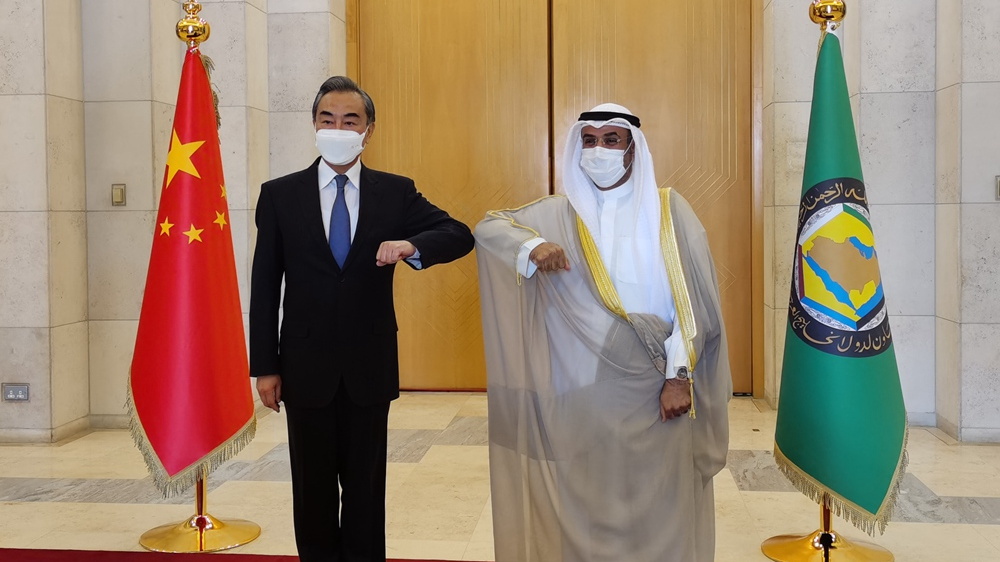 Foreign ministers from four Gulf states of Saudi Arabia, Kuwait, Oman and Bahrain and the secretary-general of the Gulf Cooperation Council (GCC) arrived in Beijing on Monday for a five-day visit in a "positive" push to the negotiations over the China-GCC Free Trade Agreement (FTA) and strengthening China's economic ties with the bloc.

The first-ever coordinated visit by the Gulf delegation is being seen by experts as "historically unprecedented" and a positive step toward achieving a China-GCC FTA.

"The visit is vitally important, and it may lead to positive results for a China-GCC FTA, after negotiations started in 2004," Li Shaoxian, director of the China Institute for Arab Studies at Ningxia University, told the Global Times.

Yin Gang, a researcher at the Institute of West-Asian and African Studies at the Chinese Academy of Social Sciences, concurred. "Far from the normal talks in a regular visit, this unprecedented and rare collective visit by GCC countries will likely bring a practical bilateral cooperation statement or major progress in the negotiation of the FTA," he told the Global Times.

It is important to note that China and the GCC first initiated the FTA talks in 2004 and then asserted the importance of resuming the negotiations at the earliest during the Chinese foreign minister's meeting with the GCC chief in the Saudi capital Riyadh in March last year.

Founded in 1981, the GCC commemorated its 40th anniversary last year, which also marked the 40th anniversary of the establishment of China-GCC ties. On that occasion, both Wang and al Hajraf expressed their desire to elevate the level of China-GCC relations with the FTA being a stepping stone in that direction.

"We hope the two sides will complete the negotiations on the China-GCC FTA at an early date to help the GCC member states overcome the downward pressure of the global economy and achieve economic recovery as soon as possible," Wang had said.

Acknowledging that China tops the GCC's list of resuming free trade negotiations, the GCC chief had expressed hopes that the China-GCC FTA talks will end with an agreement as soon as possible, "so to enhance the mutually beneficial and win-win cooperation in the digital economy and high-tech areas."

The current visit is being seen as an extension of the conversation that took place between both the sides last year. 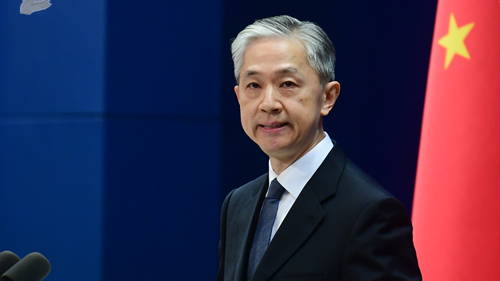 The GCC was founded as a regional political and economic bloc of six oil-rich Gulf states comprising Saudi Arabia, Oman, Kuwait, the UAE, Qatar, and Bahrain. Over the decades, China has emerged as the bloc's largest trading partner as well as the top oil importer from GCC countries.

China's Foreign Ministry on Monday stressed that China has had a "long-standing and profound friendship" with the GCC member states and the Gulf countries are also China's "important cooperation partners in West Asia and North Africa."

"As China has embarked on a new journey of fully building a modern socialist country and GCC countries are actively advancing social and economic development across the board, the relations between China and GCC countries are standing at a new historical starting point with broad prospects ahead," Chinese Foreign Ministry Spokesperson Wang Wenbin said, briefing the media at a press conference on Monday,

Energy ties and regional security to be discussed

In addition to the FTA negotiations, the visiting Gulf foreign ministers and the GCC chief are also expected to discuss bilateral energy ties and other issues concerning regional security and stability, including the Iran nuclear deal and the political situations in Afghanistan and Kazakhstan, according to reports.

With the GCC's traditional energy ties with the United States constantly shifting as Washington reduces dependency on Gulf energy imports, analysts say the bloc appears to be doubly committed to strengthening its bilateral economic and political relations with other major powers, and particularly China.

"The GCC welcomes and highly commends China's important role in preserving the stability of the Middle East, and is willing to further its cooperation with China in this regard," the GCC chief asserted last year.

China and the Gulf countries are also cooperating actively in the fight against the COVID-19 pandemic. While China has pledged to strengthen cooperation with the GCC on pandemic control and build a community of health for all, the GCC has praised China's efforts in fighting the virus and expressed its desire to learn from China's advanced experiences in controlling the COVID-19 spread.

Amid a rapidly changing geopolitical landscape in a pandemic-hit world, China and Middle East watchers will keep a keen eye on the outcome of the Gulf foreign ministers' visit to China.

Will the Gulf be the next battleground for a China-U.S. 'Digital Cold War'?