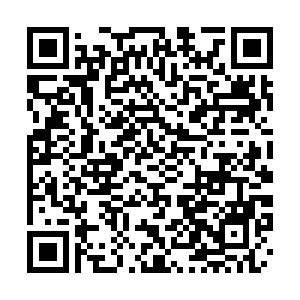 Strengthening solidarity and cooperation with African countries has always been an important cornerstone of China's foreign policy, Chinese State Councilor and Foreign Minister Wang Yi said during a media interview on Monday after finishing his first diplomatic trip of 2022.

He visited Eritrea, Kenya and Comoros from January 4 to 7, and then traveled to the Maldives and Sri Lanka.

His visits reflect a 31-year tradition of Chinese foreign ministers choosing to visit Africa as their first overseas trip in a new year.

"This is my 17th visit to Africa, a continent full of hope, since I took office as foreign minister. I am keenly aware that China and Africa share the same vision and converging interests. Our cooperation has a solid foundation, huge potential and a promising future," Wang said.

Apart from consolidating and deepening traditional cooperation in infrastructure construction, China and African countries will advance cooperation in other emerging areas, and make greater contribution to Africa's industrialization and modernization, he said.

The expansion of China-Africa cooperation comes from Africa's growing development needs, he added.

Refuting the so-called "debt trap" allegation in China-Africa cooperation, he said that it is all false information created by those forces who do not want to see Africa speed up its development and attempt to make "poverty trap" and "backwardness trap."

He also mentioned the "Initiative of Peaceful Development in the Horn of Africa" which was proposed during his visit to Kenya, saying that Kenya, Ethiopia, Djibouti and other countries in the region have responded positively to the idea.

Talking about his visits to Comoros, Maldives and Sri Lanka, Wang said that China is ready to share development experience with Indian Ocean island countries and contribute to the common development.

As to the relationship between China and the Maldives, Wang said that the two countries should take a broader view and open up a new chapter of mutually beneficial and friendly cooperation.

On China-Sri Lanka relations, he said that the sound political mutual trust between China and Sri Lanka provides strong impetus for mutually beneficial cooperation between the two countries.

On the proposal of holding a forum on the development of Indian Ocean island countries at an appropriate time, Wang said that under the current impact of the COVID-19 pandemic, these countries all hope to recover as soon as possible and return to the right track of economic and social development.

A large number of Chinese vaccines are now being sent to every corner of Asia, Africa and Latin America where vaccines are needed, he said, adding that China will continue to stand with other developing countries until the final victory against the pandemic is won.